2016's food and restaurant trends and predictions rounded up 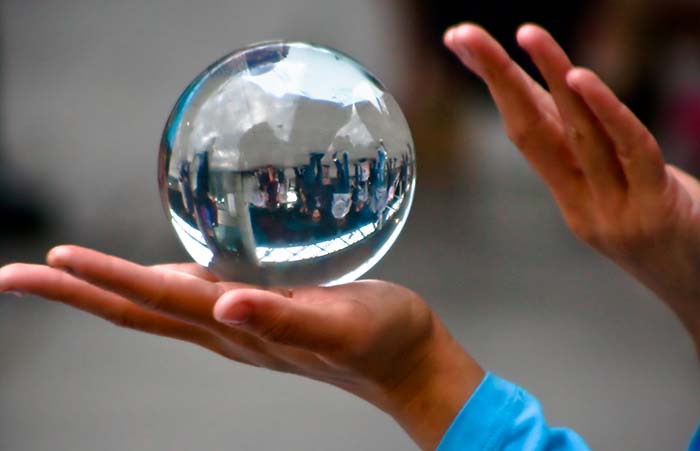 Around this time of year there's a huge rush to identify what will be the food trends for the year ahead. Rather than join the crowd just yet (plus we have something special planned, more of which later), this year we've scoured everyone else's lists to see just what trends everyone agreed on.

There are always a few healthy eating trends that are picked up on each year - and we saw a slight shift towards healthier eating in 2015. But many seem to agree that Roots to Stem is the new Nose to Tail. Or to put it another way, every bit of the plant is used for cooking (you'll see a lot of reference to "shrubs" too).

As the Great British Chefs website puts it - "using every part of the plant and making it the hero of the dish seems to be the way forward, utilising roots, leaves, flowers, stems, stalks, seeds and skins to add flavour, texture and depth to dishes."

Also appears in the Guardian, the Independent.and BT's round-up.

Although we're concentrating on UK based trends, it's worth noting that this is a big predicted trend across the Atlantic too. Last year we saw the growth of Deliveroo which offered much more than your usual pizza delivery service  - expect many more restaurants to join up to that and others throughout the year. And we'd be VERY surprised if Uber Eats - their version of food delivery - doesn't make it to the UK early in 2016. One way or another, staying at home won't mean you have to miss out on your favourite restaurant.

As Fay Maschler in the Evening Standard puts it, these "will proliferate – and maybe even improve the service – as will crowdfunding for new projects whereby street stalls put down roots.”

Lots of trend pieces picked up on individual ingredients - but none more than seaweed - which seems to be appearing everywhere (we're even eating seaweed butter on toast while writing this, so it MUST be cool).

The Mirror says "soon you won't be able to move for London hipsters filling up the saddle bags of their fixed-wheel bikes down Brighton beach." Or as the Guardian puts it "Already in Marks & Spencer biscuits. What do you do with it? No one knows. But you’ll buy it anyway."

According to some of the round-ups we'll be seeing both a return to some more traditional cooking techniques as well as old time recipes given a 2016 twist.

Allan Pickett in the Mail says "The Bakewell tart will make a firm comeback and chefs will be doing their variations on it using rhubarb jam, damson jam etc."

It's also featuring on Pinterest's 2016 predictions - as The Huffington Post says "Spaghetti bolognese, curry, shepherd's pie - it all tastes great, but it also gets a bit boring after the gazillionth time of eating it. That is why there's now a global passion for cooking traditional cultural cuisine, but with a gourmet twist."

Also appears in The Times.

Kombucha is essentially a fermented tea drink that will be mainly be making an appearance in cocktails at the moment but expect it to spread in 2016. As Victoria Stewart in the Evening Standard says "It’s a bottled sweet-sour drink that is made by having a live culture - a scoby - added to tea, after which ingredients like ginger or fruits are sometimes added to flavour the liquid; so what you taste is an exceptionally fizzy and incredibly refreshing tea-ish drink."

Also appears in the Telegraph.

As you already know, there are LOTS more independent coffee shops appearing all over town that are tempting people away from their Costas and Starbucks. But apparently this will be the year that speciality coffee goes mainstream. As Chris Jennings in the Mail says "Quality coffee is becoming more and more accessible online as discerning customers seek premium taste, provenance and quality."

It seems that this year everyone will be falling over themselves to make oils, butter and more out from out of the ordinary ingredients. So The Mirror is (kind of) touting Coconut Oil - "Nigella Lawson used it on her recent TV show apparently unperturbed by the fact that anything you cook with it ends up tasting of coconut.".

The Independent says "Natural fat is also in. Celebrated Turkish-Cypriot chef Selin Kiazim has already unveiled her medjool-date butter at Selfridges, while nut butters will be big, too"

There's more - MUCH more - if you check out the pieces we've linked to above, including Brazilian food (because of the Olympics), the continuing Middle Eastern trend, lots of "food in bowls" and more. Have they all missed out on something obvious? Let us know in the comments below.