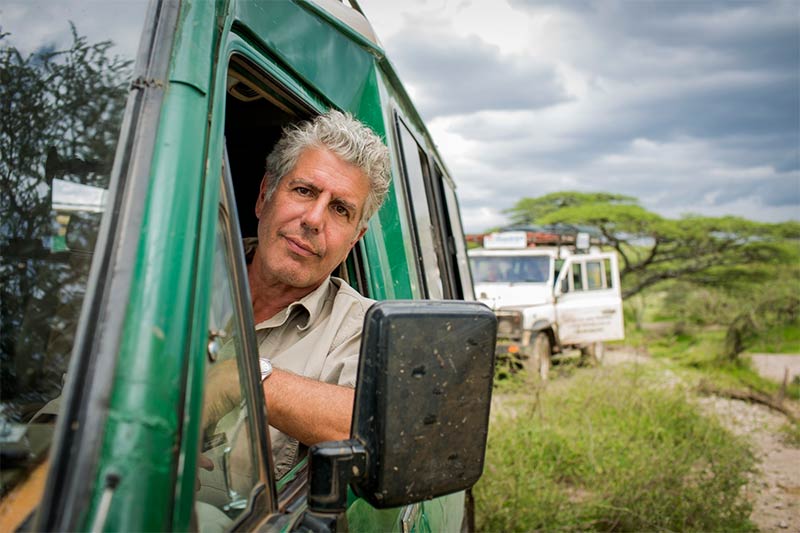 This feature could have been ten times as long, because so much of what Anthony Bourdain said or wrote was - well - brilliant. You may not have agreed with him, but then as Bourdain himself, said, that was OK too.

In honour of the chef, writer and TV presenter who was found dead today,  we picked ten of our favourite Bourdain quotes to show why what he wrote and broadcast made such a difference.

Bourdain on eating for enjoyment: "Your body is not a temple, it's an amusement park. Enjoy the ride.”

Bourdain on vegetarians: “Vegetarians, and their Hezbollah-like splinter-faction, the vegans, are a persistent irritant to any chef worth a damn."

Bourdain on drinking: "No matter how many Jell-O shots or Jager shooters you might have downed at college mixers, no matter how good a drinker you might think you are, don't forget that the Russians - any Russian - can drink you under the table.”

Bourdain on risk: “I've long believed that good food, good eating, is all about risk. Whether we're talking about unpasteurized Stilton, raw oysters or working for organized crime 'associates,' food, for me, has always been an adventure.”

Bourdain on learning to cook: "I do think the idea that basic cooking skills are a virtue, that the ability to feed yourself and a few others with proficiency should be taught to every young man and woman as a fundamental skill, should become as vital to growing up as learning to wipe one’s own ass, cross the street by oneself, or be trusted with money.”

Bourdain on doing the dirty: “Good food does lead to sex. As it should.”

Bourdain on writing: “I wanted to write in Kitchenese, the secret language of cooks, instantly recognizable to anyone who has ever dunked french fries for a summer job or suffered under the despotic rule of a tyrannical chef or boobish owner.”

And, finally, Bourdain on what food is to us: “Food is everything we are. It’s an extension of nationalist feeling, ethnic feeling, your personal history, your province, your region, your tribe, your grandma. It’s inseparable from those from the get-go.”

If you ever need help call The Samaritans can be contacted free at any time on 116 123 or email jo@samaritans.org