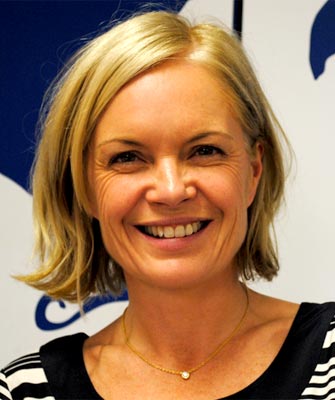 She's the woman who's lent her name to a particularly gravelly kind of tone most of us only achieve in the first throes of a cold ("Oh, you've gone all Mariella!"). She tackles reader problems on a weekly basis in The Observer and, as we all know, is a good mate of George Clooney's. But Mariella Frostrup is also someone who knows a fair bit about restaurants, having written an irregular series of interviews for the Observer called 'Lunch with Mariella' in which she interviewed everyone from Alistair Campbell to Stella McCartney over a meal in a restaurant of their choice.

We bumped into the broadcaster and writer a few weeks ago and asked her to tell us where, given the choice, she'd choose to eat out in London.

"A new one I've just discovered that I really love is called Lima - which is Peruvian. Not only is the food extraordinarily delicious, but they serve these cocktails called Pisco Sours, which have been a favourite of mine since I visited Peru with my friend Penny Smith and got completely hammered on them."

Find out more about Lima.

"The Ivy for the old-fashioned glamour that it used to have. I'm not sure it still embodies that. But what I like about the menu there is there's always something you fancy - it's got such a strange mixed up menu. You can have a chicken curry if you fancy or sashimi."

Find out more about The Ivy

"Cafe Anglais is one which is literally across the street from where I live, so it's extremely convenient. But also I think Rowley is one of the great, slightly under-celebrated British cooks. I love the food there - it's a real treat."

Find out more about Cafe Anglais

Nightclub owner and Royal pal Guy Pelly: ""The food and frozen margaritas are great. I also love how you can sit outside if it is nice weather."