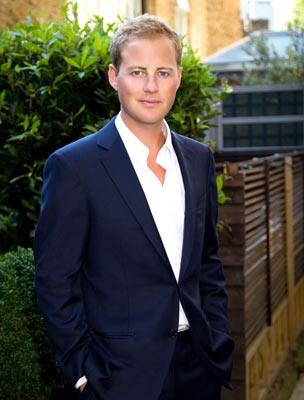 Nightclub owner Guy Pelly first shot to fame with his first club Mahiki which he opened in 2005 and which quickly became the party venue of choice of Britain's young royals. A close friend of Prince William and Kate Middleton, he went on to help run Whisky Mist, Guy Ritchie's Punch Bowl and then opened the Chelsea nighclub Public. HIs latest venture is the Mexican bar Tontoria on Sloane Square - find out more about that here.

We asked Guy to tell us where, when he's not shaking a tail feather with Wills and Harry, he likes to eat out in London.

"It's Mexican, which I love. The food and frozen margaritas are great. I also love how you can sit outside if it is nice weather and it’s just far enough along the Portobello Road to be out of the main hustle and bustle."

Find out more about Santo

"Housed in a beautiful building with a high-vaulted ceiling and perfect for breakfast, lunch and dinner. The staff are very friendly and they do simple dishes so well, like Kedgeree for instance. They will also serve late so very good for going to after the theatre, or something like that."

Find out more about The Wolseley

"Brilliant Spanish tapas. They have a delicious hot and cold food menu which is great, as you can choose dishes from each one and mix everything up a little bit. Very friendly staff and great atmosphere. They do two sittings, one early and one late, and the early one works really well if you need to go on somewhere afterwards."

Find out more about Tendido Cero