Chef Tony Fleming tells us why The Baptist Grill at L'oscar will be a place "to come, hang out and have fun" 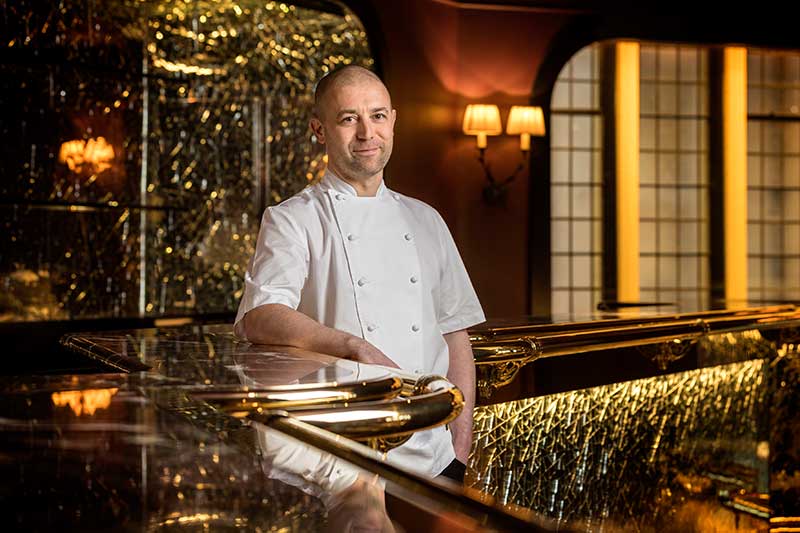 London's newest stylish hotel, L'oscar (read our story on its opening here) has opened for business in Holborn. And running the food side of things is Tony Fleming - who picked up a Michelin star at Angler in the South Place Hotel. With the hotel's all-day spot Cafe 'Oscar already open and the main restaurant The Baptist Grill about to receive its first official diners, Hot Dinners caught up with Fleming to understand his ambition for the place.

So you seemed pretty settled at South Place, what did the L'oscar team have to do to sell this job to you?

"It didn't need any selling, I was in Angler, I had my [Michelin] star, I was quite happy doing what I was doing but when they showed me this project and showed me the images of the building and what they wanted to do with it I knew instantly that I had to do it. It's something that's never been done before in London and I just knew that if I didn't do it I'd be jealous of whoever did."

How did you decide what you were going to do with the two spaces?

"I had a blank canvas on what I wanted to do with the food and the concept but we knew we wanted to do two very different things. The cafe (on the corner on Southampton Row) is very informal - the clue's in the title. You can go in for just a drink or a coffee, at lunchtime you can have a bowl of onion soup. But in the evening it's like a wine bar or lounge, there's a dessert trolley but there's also a menu of 8-10 small dishes so you could stay all night and graze if you want. 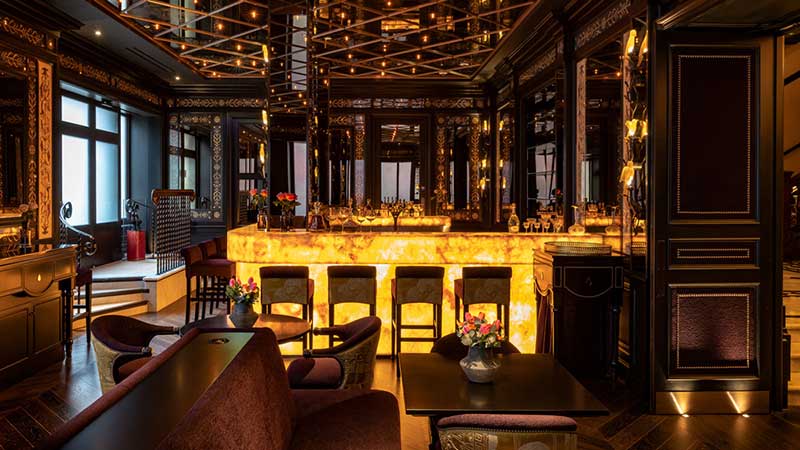 From what we hear, the main restaurant is pretty gobsmacking.

"The Baptist Grill is in an octagonal chapel with a handpainted domed ceiling. On the ground floor is the bar [with room for 70] and on the mezzanine floor which wraps around it (so you can look down on the bar) is the restaurant. Talk about spectacular - it's so stunning. There are only 45 seats upstairs.

"We wanted it to be a standalone restaurant - to have its own identity, so it's got its own entrance. We decided to do a grill because a lot of grills are found in hotels - that's the tradition and we thought because it was such a spectacular room it would fit. You couldn't just stick a pan-Asian restaurant in there. But we didn't want it to be an old, stuffy traditional grill. There's a lot of British undertones - 80% of the ingredients for example. But we're going to put fresher touches with a lot more personality.

What sort of suppliers are you using?

"We're working with, in my opinion, the three best butchers in the country. Lake District Farmers, Philip Warren's butchers in Cornwall and we use Aubrey Allen too." 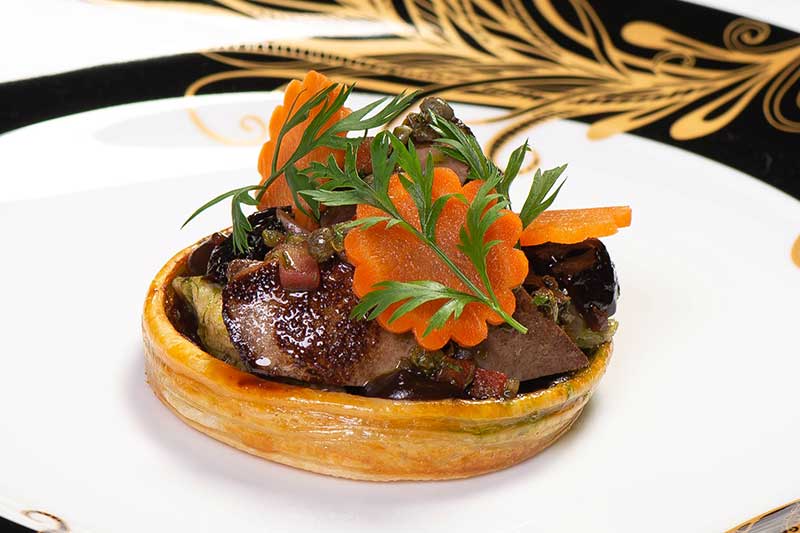 Can you talk us through a couple of your signature dishes?

"The first one is our starter of rabbit tart - so it's almost like a pissaladiere but with rabbit. We braised rabbit legs - it's called an Italian confit - with onions, rosemary and thyme. Slow cook those, and then we use the juices in the pan to make an onion jam. We spread that on puff pastry with a bit of tomato and then we add the rabbit's legs back on top. We then pan fry rabbit livers in some balsamic vinegar and put that on top and then put prune puree and pickled prunes and finish it with marjoram and anchovies."

"We buy Belted Galloway ribeye from the Lake District guys. So it's a 35 day aged rib eye which we grill, but instead of doing it with béarnaise and French fries we do it with three mini ravioli and inside each raviolo is a snail with chicken mousse and garlic. And then there are three shallots we cook in cassis, three pieces of poached bone marrow and then a red wine and shallot sauce over the top. I mean I'm not reinventing the wheel - people have been eating meat with red wine, garlic and snails since the dawn of time, but we've presented it more stylishly."

So how would you describe your style of cooking?

"We cook traditionally here, we don't do a lot of stuff in sous vide - we cook over coals and use foaming butter so we're getting good, genuine flavours but done with a modern touch.

"Some people have this idea of hotel restaurants being overly formal and stuffy and with us you couldn't be further from the truth. Luxurious and stylish as it is - we want people to come, hang out and have fun.

And finally - tell us about the carvery trolley which you're going to have on for lunch.

"The fact that we're doing something modern with something that's so traditional kind of encapsulates what we want to do here. So there might be Herdwick Lamb from the Lake District. We debone them, rub them with spices like smoked paprika, cumin and chilli and a bit of cinnamon. We roast them up nice and pink and that's what's carved in the trolley. But instead of getting roast potatoes and mixed veg with it, we make a spiced moussaka out of the lamb neck and you get a small dish of this and a greek salad on the side.

"Or there'll be a whole roasted veal rump on the trolley but that'll be served with osso bucco, a risotto Milanese and with a gremolata sauce. Today we had a rib of beef which came with asparagus, braised chilli shortrib and Pommes Anna. Or there might be a hot pot of pigs head with a nice cutlet of pork alongside it."

More about The Baptist Grill and Cafe L'oscar