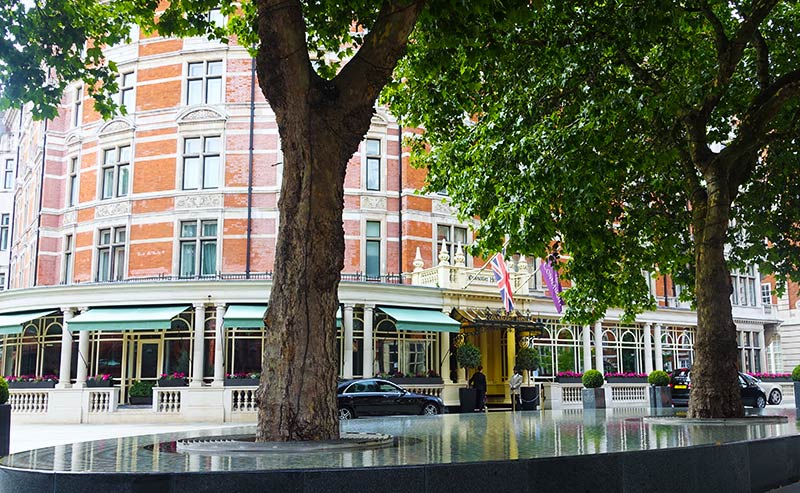 So far, as part of our Cheeky Overnight series, we've already stayed at two of the Maybourne Group's three hotels in London - Claridges and The Berkeley. They say good things come in threes and we don't like to leave a work in progress, so we'd always wanted to finish off with a stay at The Connaught. And there seemed no better time to check it out than with the arrival of New York chef Jean Georges and his new restaurant at The Connaught.

All three hotels' timelines are convoluted with moves and rebuilds interrupting their story and The Connaught is no different. Although there's been a hotel on this spot since 1815 - The Coburg - the current building dates from the late 19th century when it was rebuilt. It was renamed The Connaught during the First World War (after Queen Victoria's seventh son).

As you might expect from any London hotel with a decent history, The Connaught's been home to many folk of note. During the second World War it was home to Charles de Gaulle and the Beatles partied here in the 60s. Hollywood royalty like David Niven and Cary Grant were regulars, in the 90s this was where Princess Diana lunched following her rapprochement with her stepmother Raine Spencer and more recently this was where Gwyneth Paltrow moved when her London pad was being done up.

Food has always played a big role in the hotel's history. Its Grill Room opened in 1955, making a name for itself as the place to be seen in town. For 26 years the hotel's kitchens were ruled by Michel Bourdin - himself only the fifth chef to work there. Angela Hartnett ran the restaurant for 5 years and now the hotel's main restaurant is, of course, the domain of Helene Darroze. 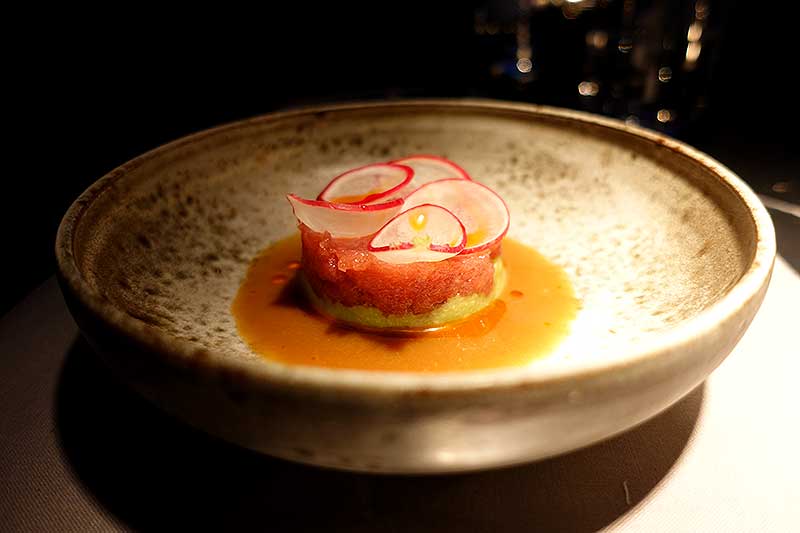 But the Connaught has two restaurants and it was the closure of Espelette this year, the more casual eating spot to the left as you enter the hotel, and its reopening as Jean-Georges at the Connaught that brought us here on a summer weekend. Of course, this is not the Alsatian-born chef's first time working for this particular hotel group. Old hands will remember his first restaurant Vong, which ran at The Berkeley from 1993 to 2002.

His arrival has prompted the hotel not only to massively makeover the area that Jean Georges was taking over, but to also give their Coburg Bar a facelift too. While we waited for our room to be ready, we took advantage of the opportunity to try the chef's new bar menu in this area. If you don't fancy going all out for the main restaurant there's an opportunity to try many of the key dishes like crispy sushi or truffled cheeseburger here. We had the truffle fritters (£16) which were excellent. It turned out to be the first of many encounters with truffles during our stay here - Jean Georges is a big fan, or so it would seem. The actual furniture, carpets and curtains in the bar were all being changed overnight at the end of the weekend so we weren't around to see what the transformation looked like.

The hotel's rooms are, in the main, split into the more traditional design in the oldest part of the building and the newer, contemporary rooms from the new wing which opened in 2007. Our room was one fo the former - a Junior Suite with wonderful rooftop views over Mayfair and right across to the Houses of Parliament. We sat here, sipping a glass of Laurent Perrier, listening to the Angelus at nearby Farm Street, pretending we lived in Mayfair. Which reminds us, we really MUST start doing the Lottery again.

The best way to have a martini serve to you

Well clearly you couldn't expect us to visit the Connaught and not check out their iconic Connaught Bar for a go at the Martini trolley could you? A martini here costs £21 with a range of vodkas or gins. The vermouth is Gancia Dry from Italy, only available at the Connaught Bar and they have a range of their own bitters for you to choose from.

Be warned, though, that this is one popular trolley and if you are dashing to dinner either arrive with plenty of time, or mention to the staff that you're happy for your drink to be mixed at the bar. If you do have time though, get the trolley as it's quite the showpiece.

Dining in the hotel

We've now tried all over the hotel - from the aforementioned Coburg bar to Helene Darroze. For a full run-down, check out our Helene Darroze Test Drive and our Jean Georges Test Drive.

We stayed in a Junior Traditional Suite overlooking Mount Street which starts at £1,530 per night with breakfast. A night in a superior deluxe room with breakfast and champagne and a late checkout at the weekend costs £580 with their Timeless Weekend offer.

Hot Dinners were invited to stay at the Connaught. Prices are correct at the time of writing.