Where to stay in San Sebastian 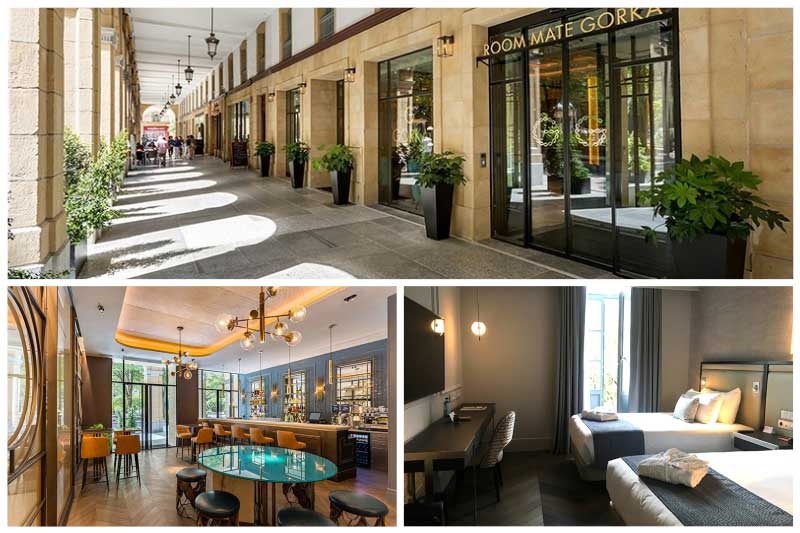 The terrace, bar and bedroom at Room Mate Gorka in San Sebastian

Where to stay: Room Mate Gorka

Room Mate Hotels opened their first Basque Country hotel Room Mate Gorka in San Sebastian in August 2018, taking over a former library on the Plaza de Gipuzkoa in the heart of Donostia-San Sebastián.

The 33 room boutique hotel couldn't be better located - it's barely a five minute walk to the old town where most of the best-known pintxo bars and restaurants are situated, but it's also a short walk across the Urumea river into Gros which is less touristy spot but packed with great places to eat and drink. The square itself is very pretty and the hotel has a lovely terrace cafe tucked into one of the cloistered pavements - a nice spot for a drink out of the sun.

We spent two nights in an executive room there - which featured a small balcony overlooking the square - and a mini bar packed with goodies. 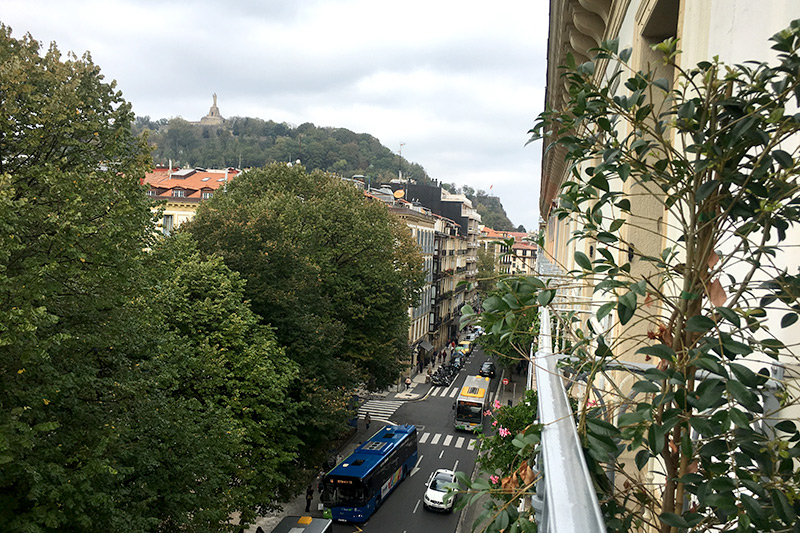 Downstairs there's a breakfast room (and gym) in the basement. The breakfasts, served till a very respectable 12pm, were noteworthy with loads of fresh juice, good coffee, local pastries, tortilla - you name it.

But what really distinguished the Room Mate Gorka (aside from the staff who were some of the loveliest we've ever encountered) was the pincho bar which you could access from the lobby. Not only was this a top spot to enjoy a nice glass of Godello, but the lunch we had here could have held its own against many of the town's better known restaurants. Chef Antonio Sánchez Ramos, trained at the Basque Culinary Center.

The menu here is split into cold and hot dishes, which you can order in pintxo or racione sizes. Very good jamon and cheese croquetas are just less than 2 euros and most of the dishes range between 3 and 6 euros.

The best dishes, although all were good, were a languostine carpaccio and a 'green' risotto with mushrooms and air dried tuna and a cone of local Lumagorri chicken with ras al hanout and saffron aioli. 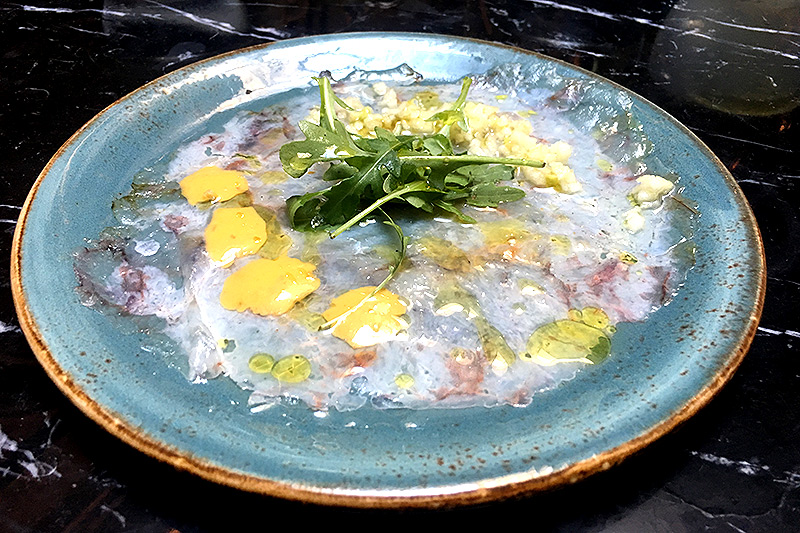 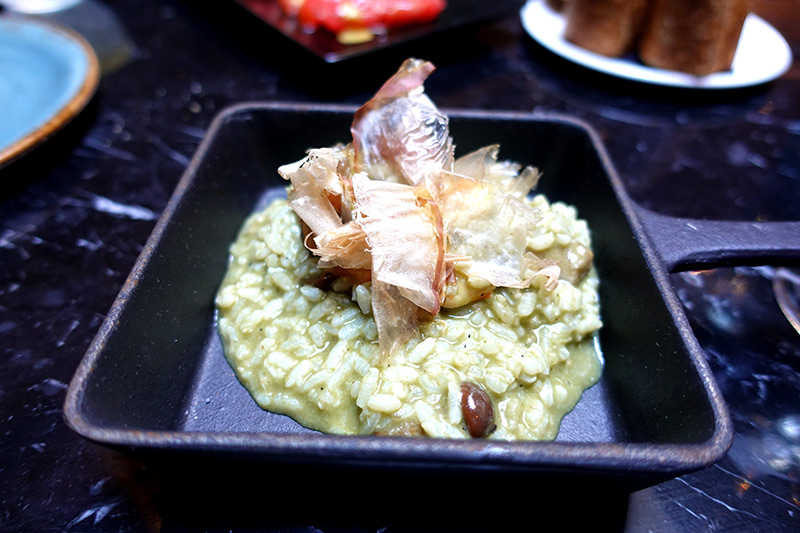 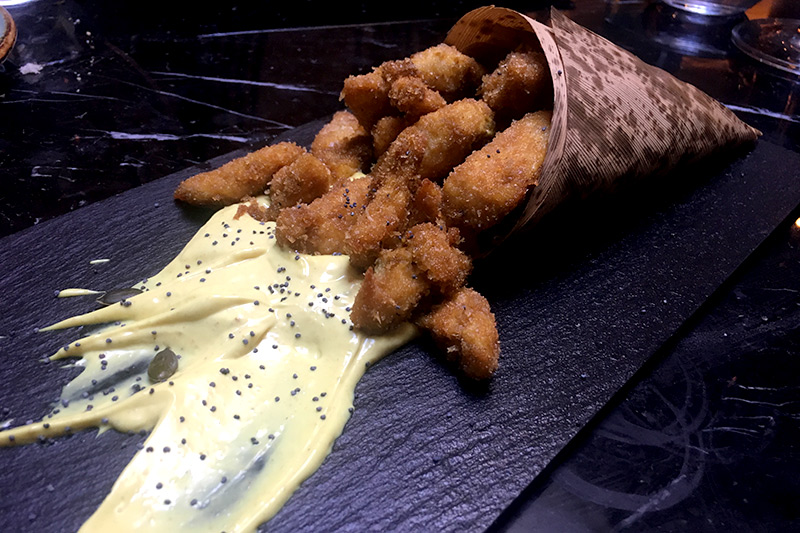 The chicken with saffron aioli

We spent two nights mid-week in mid-October, so if you were to make a similar trip in February for example, it would cost you 263 euros for two nights in an executive room with breakfast.

Where to stay: NH Collection Aránzazu

Roughly speaking, San Sebastian is split into three district - Ondarreta, Parte Zaharra (the old district) and Gros. Our hotel, the NH Collection San Sebastian Aranzazu was about a five-minute walk away from Ondarreta beach which puts it in a quieter more residential part of town. That does mean that to get to where all the key bars and restaurants requires a 10-minute bus ride, but given that the network's as regular as London Transport and the buses are really cheap, it isn't such a bind.

And it's actually quite nice to retire from the fray to a quieter part of town come bedtime. Also on the plus side, there are some great, non-touristy bars and tapas spots over here which are fun to explore, including the well-rated Vinoteco Bernardina just outside the hotel entrance. 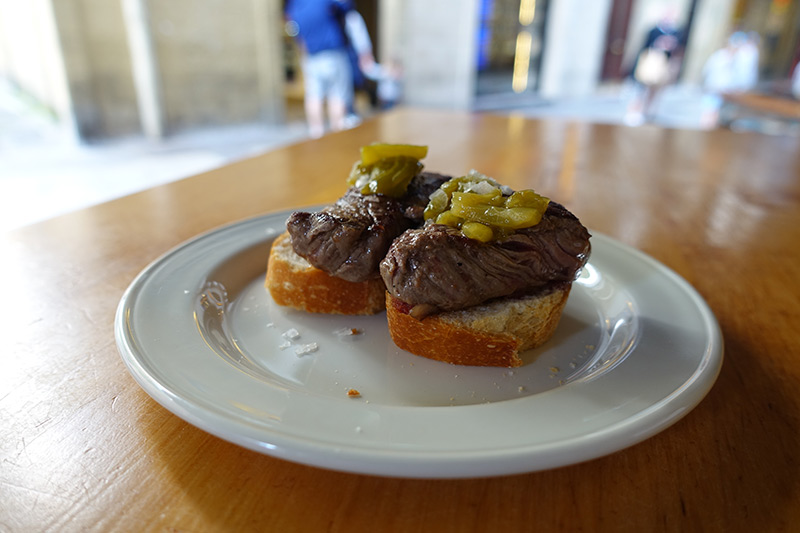 Iberico steak with peppers at Kukuarri

The 180 room hotel also has a pretty decent scene going on in the evenings in its Kukuarri restaurant and bar. Far from being a souless hotel spot it was packed with locals most nights, which may have had something to do with a cocktail list devised by top Madrid barman Diego Cabrera. We popped back in for lunch one day as guests of the hotel's chef Martin Aristondo to try a few things off the tasting menu and a la carte and were impressed - Iberico brochette was one of the best bits of steak we'd had in a while and the mini hamburgers of secreto Iberico were also pretty darned good.

This was the second NH hotel we'd stayed in - we were at their Hotel NH Collection Madrid Abascal in Madrid last year - so we already knew that their breakfasts are pretty epic. Make your own vitamin smoothies or go all out with bottomless Cava while balancing that out with everything from Spanish tomato bread to cooked options.

If you fancied going the first weekend of September, for example, two nights here would set you back just shy of 500 euros with breakfast included.