Celtic Manor is a behemoth of a hotel - think of it more as a complex which takes over an entire valley.

It consists of four hotels - the main resort hotel, the Manor House (which is connected to the main hotel), Newbridge on Usk - an inn across the valley, and the newly added Coldra Court Hotel. If you prefer all the trappings of hotel life but with more space to yourself, try one of their new Hunter lodges complete with outdoor hot tubs.

Handily, for anyone travelling here from London, Celtic Manor is barely a ten minute taxi ride from Newport station. Catch the right train (Great Western Railway) from Paddington and you could be checking in at reception just two hours later.

If you're really cunning with the timetable you could catch the morning Pullman service and enjoy a sit down brunch on your way to Wales. We weren't quite so timely, but we still managed to work our way through the cake selection on the first class trolley instead.

For most people the key reason would be the golf (Celtic Manor has three championship courses and hosted the 2010 Ryder cup) or perhaps the conference facilities - they played host to the NATO summit in 2014. But we were here for the food. Over the past few months the resort has massively upped its game food-wise, adding three impressive new restaurants.

Just before Christmas, Steak On Six opened its doors, serving cuts of steak from the British Isles. Cen, run by the 2013 MasterChef finalist Cen Larkin, opened in January. And Epicure Experience, run by Michelin-starred chef Richard Davies who was previously at the Manor House at Castle Combe, opened its doors in February. 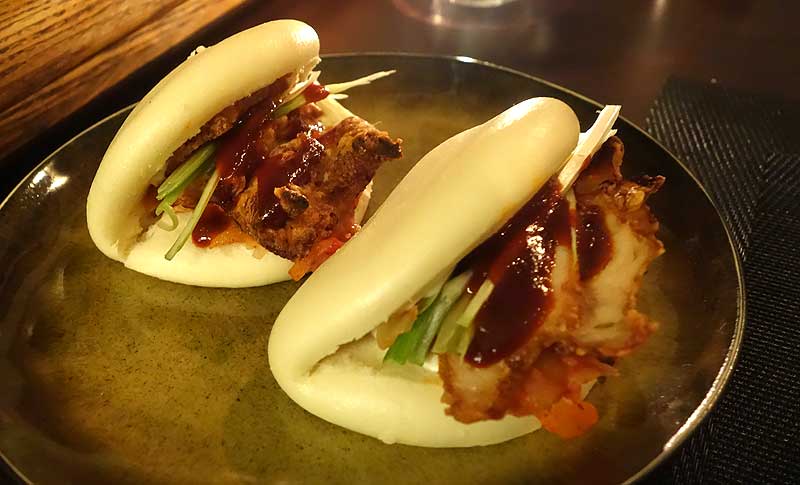 Three years ago MasterChef finalist Larkin Cen ran a hugely successful three day pop-up at the hotel. Now he's back with a permanent restaurant in the Manor House serving a range of Asian dishes. The menu takes in everything from bao buns to Peking duck and Korean fried chicken.

Highlights from our meal here were the scallops served in bacon dashi with waving flakes of bonito slowly unfurling (£11), the Cantonese duck (£50 for two) served with duck broth to start and followed by the duck itself with the usual pancakes, Peking sauce and claypot rice. And we loved the desserts too - particularly the Emperor's Trifle made with blackberries, pistachio sponge, roasted pistachios, crème anglaise and gold leaf (£8). 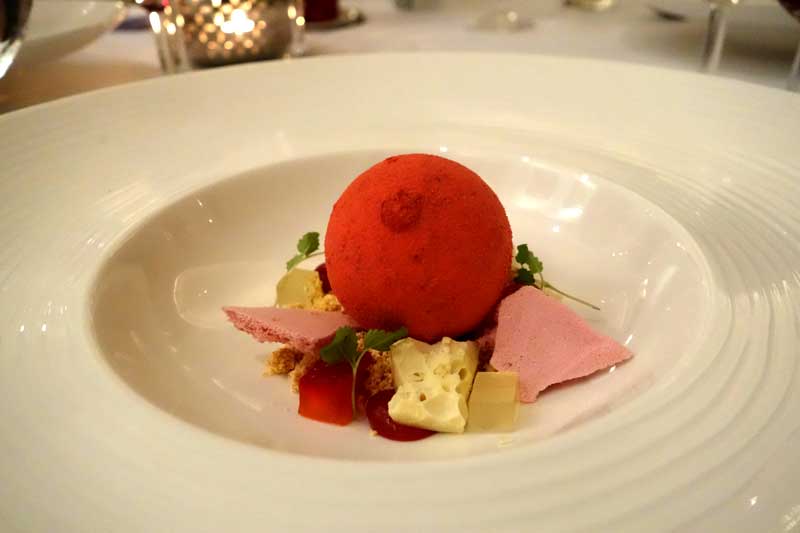 Fans of The BBC's Great British menu always love being able to try the food they've seen on the show - and one of the big draws for us in trying Richard Davies' fine dining restaurant here was the chance to enjoy his dessert of strawberries and cream vanilla parfait, strawberry gel, panna cotta and ricotta dumplings which was picked for the dessert in the contest's Comic Relief banquet in 2013.

Our dinner here was right up there with some of the best meals we'd had in London over the past year although the main course, of local lamb with baby leeks, couldn't have been any more Welsh.

The tasting menu is £65 for six courses (plus all manner of amuse bouches, palate cleansers and petit fours). If your budget can take it definitely go for the wine matching - an extra £45. This may have been the first time any restaurant we've ever been to managed to get the wines to our table at the same time as the courses - which makes them pretty darned special in our eyes. But the wines were also really interesting - pairing a Tutara Bay Pinot Noir with the turbot and Graham's White Port with the foie gras for example. 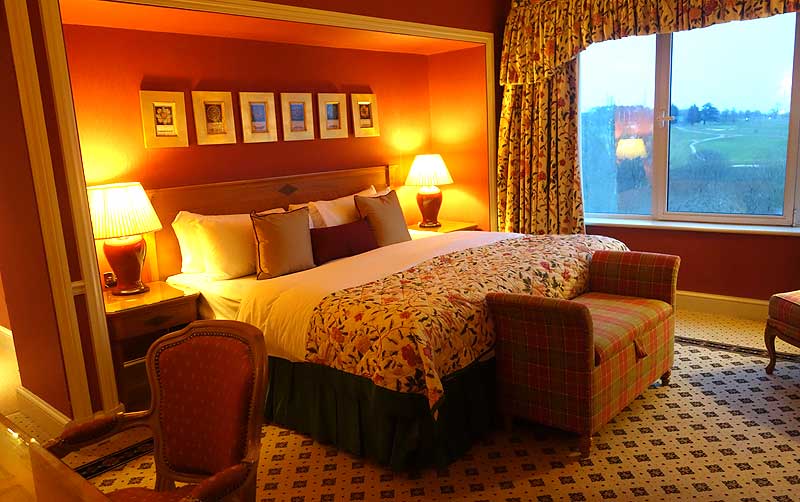 Just one part of our massive suite

Our Deluxe Suite was about as big as our flat in London - with a bedroom, separate lounge and dining area and massive bathroom - and looked out over the Welsh countryside up towards the golf course. There was a Nespresso machine for an early morning kickstart and a very well stocked mini bar. Instead of chocolates during the turn down service they'd swapped sweets for Elemis products which we appreciated more.

Whatever you do, make sure you have room for the breakfasts, which were particulary good here. A special mention goes to the cold pressed green juice they had out in jugs, which always made us feel healthy before tucking into thick slabs of homemade bacon.

We unreservedly loved Celtic Manor. Heading to Wales for the weekend felt like a proper mini-break and the food here defintely elevates what was already a lovely hotel to visit into a proper foodie destination. And the good news is that if you overindulge, there's plenty of space and opportunity to exercise any additional calories off - just don't miss out on one of the best crazy golf courses EVER.

We used Great Western Railway to travel down to Newport. It's worth noting that they stock over 130 locally sourced products from Bristol gin to Cornish tea in their on board buffet. They also have a Pullman dining carriage - check out their website for details of services it appears on.