We do like themed desserts here at Hot Dinners, and nothing brings them out quite like Wimbledon. We've taken a look at the tennis-themed specials that'll be bouncing all over London during Wimbledon Fortnight... 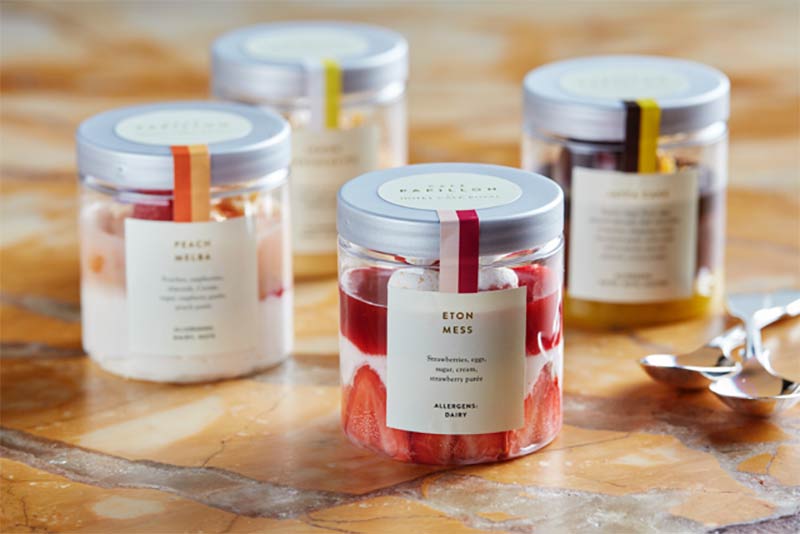 At Cafe Royal's Papillon, there's the Eton Mess dessert pot (£7) which is very handily available to take away, too. Maybe pack a bag full of them and take them to Wimbledon... 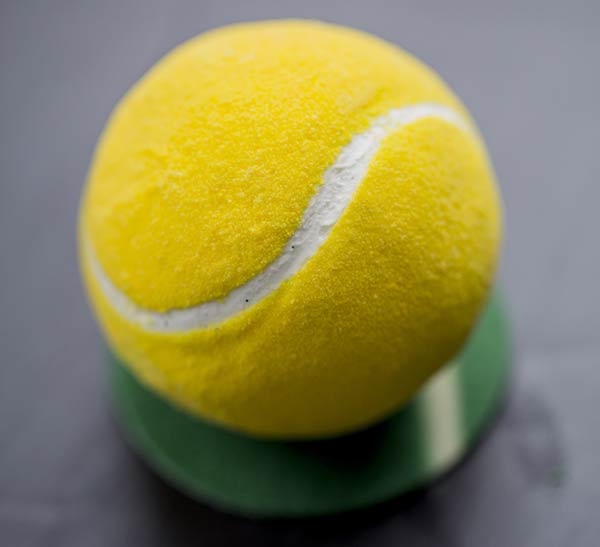 The Bulgari Hotel has this tennis ball pastry - it's a white chocolate shell with a filling of vanilla and mascarpone cream with English strawberry confit. It's £7 in The Lounge at the hotel. 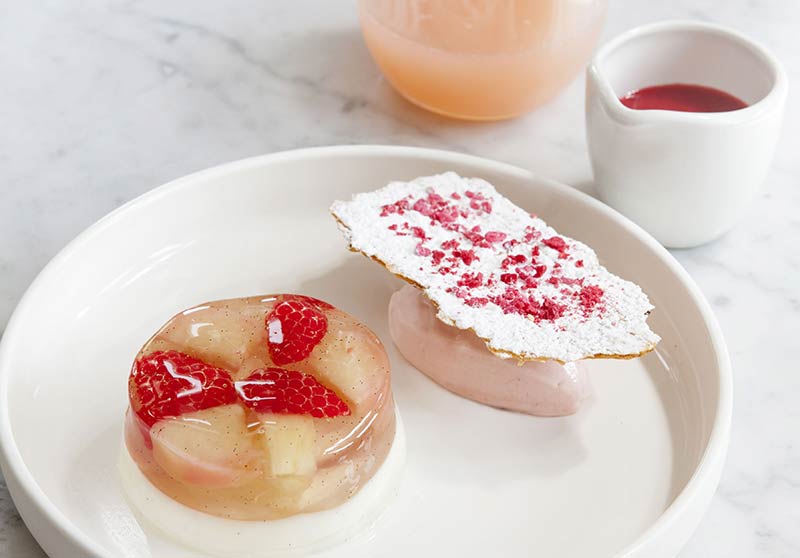 Selin Kiazim from Oklava got through Great British menu to create the dessert for the Wimbledon Banquet. It's Vanilla mahellebi topped with peach and raspberry jelly, peach sorbet topped with caramelised almond filo shard, raspberry and rose sauce, and served up with a peach and rose bellini. But if your invite somehow got lost in the post, it will be available in a special Oklava dinner on the 10th and 14th July. 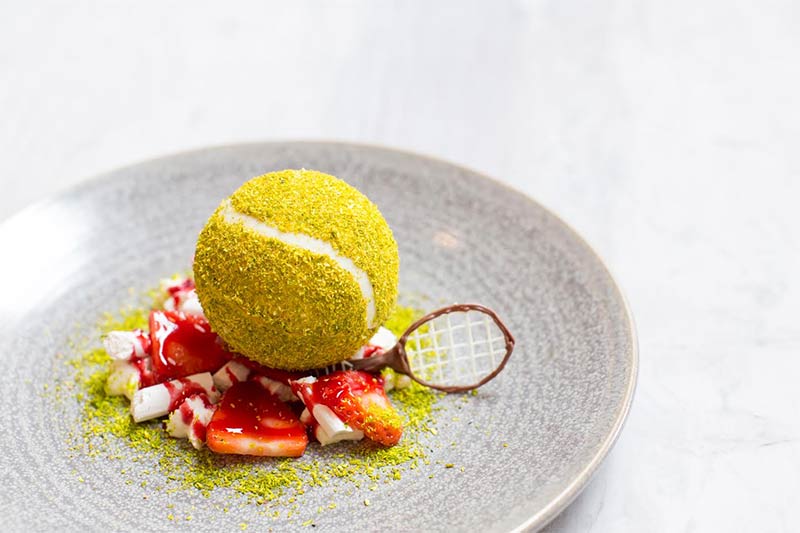 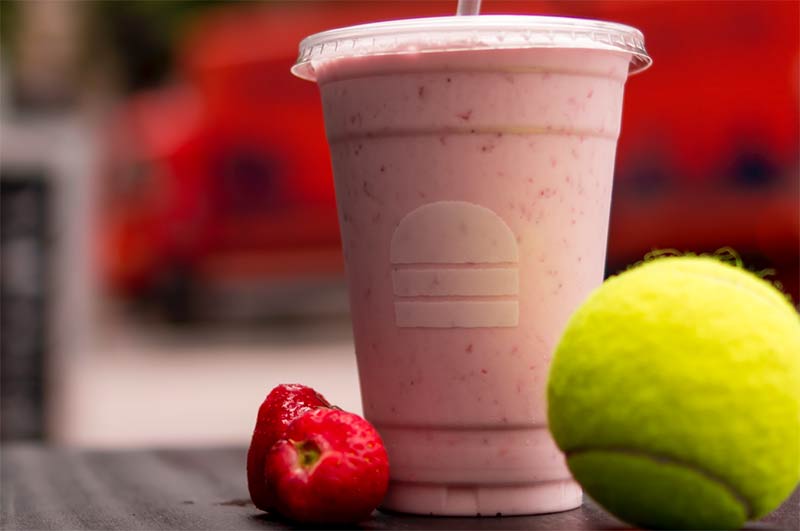 Running until the end of Wimbledon, this is the Strawberries and Cream Shake from Bleecker. Made with real strawberries and their own soft serve ice-cream. Want. 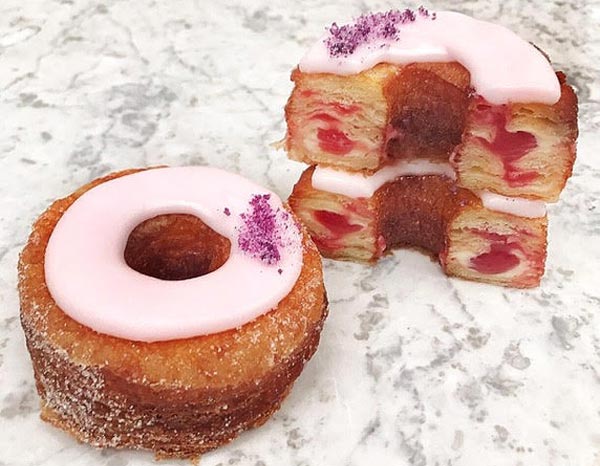 The Dominique Ansel Bakery has a range of new desserts for Wimbledon - but this is the one we REALLY fancy. It's the special Strawberry & Lavender Clotted Cream Ganache. On sale all of July. 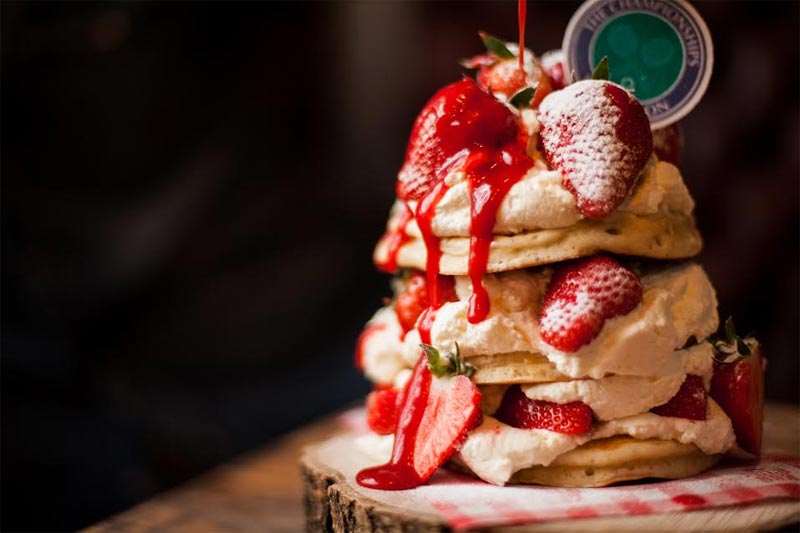 The Polo Bar has a few Wimbledon specials on throughout the event, but this caught our eye. It's the Strawberry Wild Card (£7) and it's their pancakes topped with strawberries and whipped cream. You'll need several rounds of tennis to work this off... 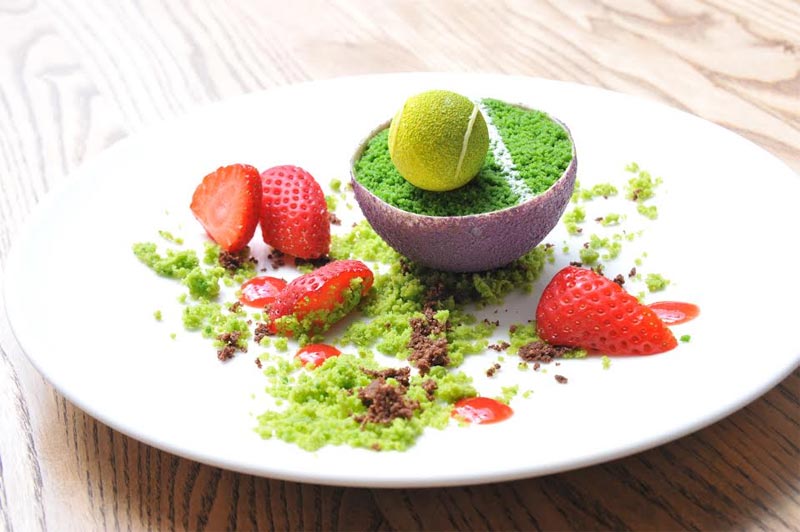 In Wimbledon itself, The White Onion has this strawberry ganache filled truffle ‘tennis ball’ on a white chocolate shell ‘court’ filled with a lemon curd sponge. It's £8.20.