The best London restaurants for Thanksgiving 2020 (delivery or takeaway)

While still very much a US tradition, in recent years Thanksgiving has started to steadily steep into the British consciousness, not least because of the greater influx of American chefs and restaurants. So whether you have a penchant for pecan pie or just want another reason for some good ol’ fashioned feasting, here is our pick of the best events happening in London around Thanksgiving on Thursday 26 November. 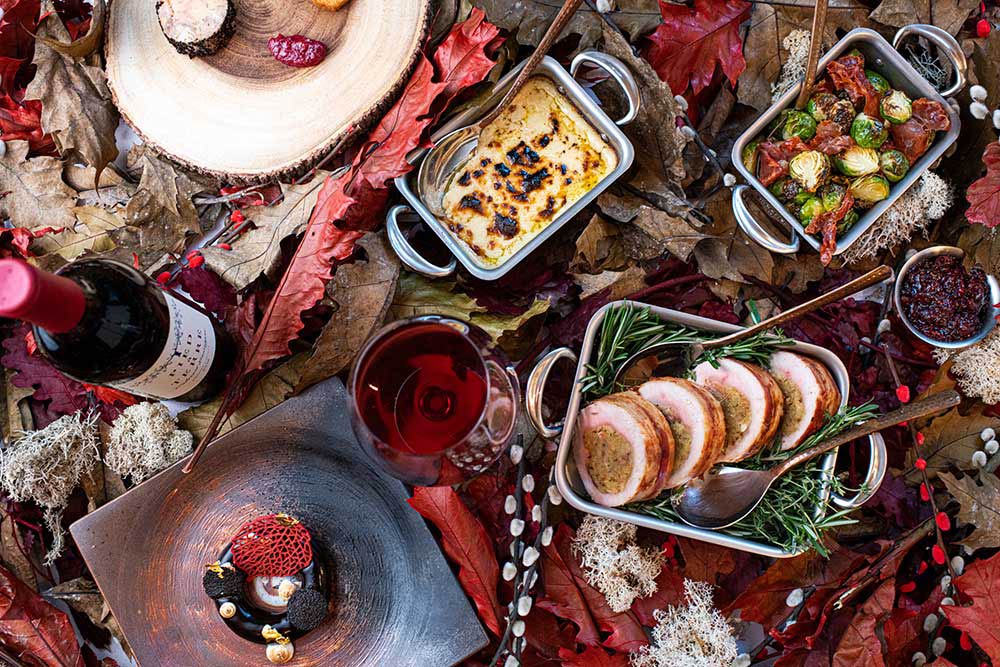 If you're wanting to give thanks for a Biden victory with the most luxurious of Thanksgivings then Modern Californian restaurant SOLA's Thanksgiving delivery hits the mark, The menu comprises traditional Thanksgiving favourites presented in chef-patron Victor Garvey's refined contemporary style. There's Native Lobster Salad, Cold Terrine of Turkey & Duck Liver with Quince Jam and a centrepiece Roulade of Copas Turkey with Toasted Brioche & Thyme Stuffing with sides of French Bean Casserole and Smoked Yukon Gold Potato Mash. Finish with a Chocolate Croustillant, Hazelnut and Sea Salt, and a Mini Pumpkin Pie.

Priced at £140 for two and available for delivery nationwide.

Passyunk Avenue (Fitzrovia) - the Philly cheesesteak restaurant has a special Thanksgiving "Gobbler" on offer this year. It includes thinly sliced roast turkey, Sage and onion stuffing, creamy brie cheese, sweet and tart cranberry sauce, their hoagie rolls and gravy to smother all over it. It's a limited edition of four for £44.99.

Charlie's at Browns (Mayfair) - They're putting on a special delivery Thanksgiving dinner for either free delivery to W1 or collection at the hotel. Dishes include New England style clam chowder, roast turkey with all the trimmings and finishing with pecan and maple tart. £80 for two people or £140 for four.

Joy at Portobello (Kensal Rise) - As well as selling turkeys for Thanksgiving, they have a dinner availble to order too. That includes a whole turkey prepped with ricotta and black truffle, ready to go in the oven, mash potato. cranberry & corn bread stuffing, double-baked maple syrup sweet potato, sticky toffee pumpkin pudding and a whole American quince pie. It's £300 and will serve six (and there's a veggie version too).

Sam's Riverside (Hammersmith) - The riverside restaurant will have a takeaway dinner featuring dishes like Sweetcorn & Ham Chowder with Bacon Crumb and Sage Oil, Roast Turkey with apricot & chestnut stuffing, spring onion mash and a Baked Pumpkin Cheesecake. It'll be £55 per person on the day only.

Primrose Bakery (Primrose Hill) - This North London bakery has a range of Thanksgiving pies and cupcakes for delivery. Choose from apple, cherry or pumpkin pie and cupcakes like brown sugar and pecan.

Riding House Cafe (Fitzrovia) are sending out a Thanksgiving Feast box full of all the fresh ingredients you'll need to cook up the perfect Thanksgiving banquet, from Norfolk Bronze turkey with cornbread stuffing, to pumpkin and pecan pies