Where to book your office Christmas party in London 2014

If we started listing every restaurant in London which is putting on a special Christmas menu, we'd be here till next Christmas. So instead we've picked out the more unusual festive offerings being served up around town.

So whether it's turkey tikka or reindeer pie you're after here's where to have your Christmas party in the coming weeks.

The eat your greens Christmas 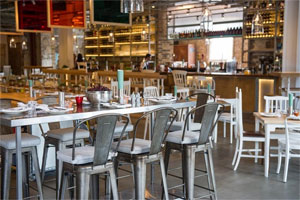 Grain Store will have two Christmas menus available in December, one at £32.50 for 3 courses, and the other at £42.50 for 3 courses, plus a drink on arrival, and coffee. Dishes include Endive, fruit vinaigrette, smoked salmon mousse; Wild fruit puree, potted cabbage, parsnip crisps, bacon, roast partridge & sausage; and Chocolate and red bean cake, soya yoghurt mousse.

Find out more about Grain Store

The Rudolph the tasty reindeer Christmas 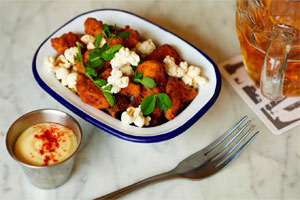 Chef Jesse Wood's £35 a head menu offers family-style starters and pudddings with your choice of a meain course. Starters include Father Christmas' Salad with Clementines & ...Reindeer and McTucky's Seasonal Popcorn Turkey Nuggets while the mains include The Chrimbo Turkey Kyiv and "Reindeer" Pie finishing off with Bergamot Water Ice with Earl Grey Brandy Snaps..

Find out more about Parlour 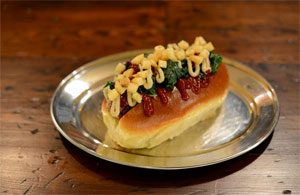 If you fancy something more fun than the usual turkey and two veg how about a Christmas Dog at Dirty Bones (veggie alternative available)? This is a turkey & stuffing sausage cooked in red wine gravy topped with cranberry puree, stuffing, buttered greens & crispy potatoes. For dessert we like the sound of Dirty Bones S’mores, soaked in bourbon & set on fire to melt the marshmallows. £23 or £28 with dessert.

Find out more about Dirty Bones 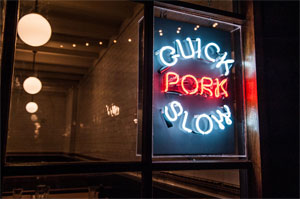 EC1 restaurant Blackfoot is eschewing poulty altogether and going for a wholly pig-focused festive menu. The menu kicks off with charcuterie and then clams two ways before a choice of porchetta or Christmas ham and then peanut butter and bacon semi-freddo. There's also options for vegetarians too. Price £35 per head, minimum group size of 6.

Find out more about Blackfoot 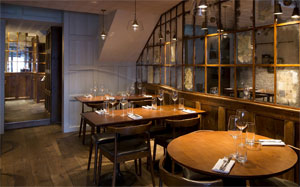 Find out more about Trishna 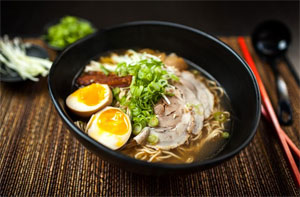 From the people who brought you British ramen with roast beef and Yorkshire pudding comes a very non-trad Christmas Menu. For their first Christmas as a proper restaurant the United Ramen Christmas menu includes Sage & Onion Pork Gyoza, Turkey Ramen and Trio of Christmas Mochi.

Find out more about United Ramen

The go for gout Christmas 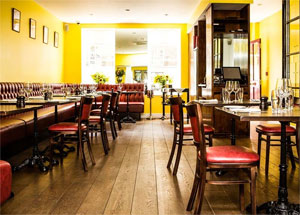 Brasserie Gustave has a range of Christmas menus priced from £39pp all of which throw caution to the wind, calorifically speaking. there's foie gras terrine with fig chutney and toasted brioche, Venison steak with a chestnut polenta, green cabbage and red wine sauce, and Roasted goose breast with gratin Dauphinois. To book call 020 7352 1712.

Find out more about Brasserie Gustave

The tea with tinsel Christmas 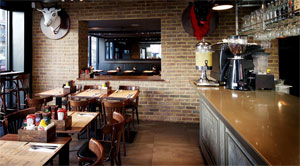 Find out more about BRGR.CO 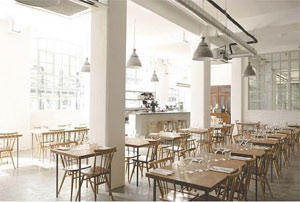 Find out more about Lyle's

The not a turkey in sight Christmas 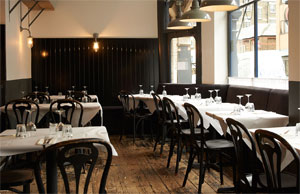 Islington restaurant Trullo has two turkey free Christmas menus at £30 and £40 a head and to be frank they has us at Shallot fritti with gorgonzola fonduta. That said the Roast cod with braised Florence fennel, brown shrimp and salsa verde or slow roast lamb shoulder with soft polenta, cavolo nero and anchovy and chilli dressing sound pretty good too.

Find out more about Trullo 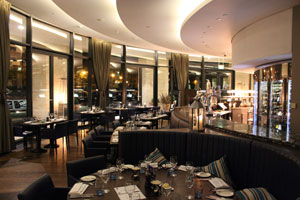 Really getting into the Christmas spirit is Rotunda in King's Cross who have decked out their entire restaurant (and private dining room) like a Christmas toy shop. The three course Christmas lunch is £38.50 and party platters are available too from £15 a head and the private dining menu is £40 a head.

Find out more about Rotunda 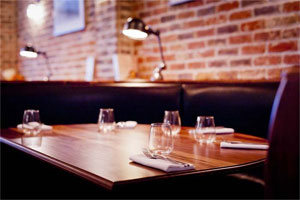 Another way to avoid the turkey is to head to Spanish restaurant Pizarro which sees them putting on three menus at £37.50, £40 and £50 a head. The menus include chacuterie platters (inc jamon Iberico, of course), hake ”à la plancha”, slow cooked pork rib, rib eye steak with Idiazabal sauce, Gressingham duck breast with sweet potato mash and more. But if you really want to try something special, then the suckling pigs - at half for £130 and a whole for £250 including veg - are clearly the way to go.

Find out more about Pizarro

The Partridge in a pear tree Christmas 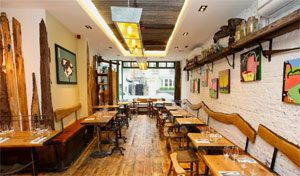 Newly-opened Chelsea restaurant, Rabbit wants you to kick things off with a Christmas Martini, made with Sipsmith vodka steeped in Christmas spices followed by Partridge In A Pear Tree, a dish of partridge with pear and dropped pasta. And - fighting talk - they claim to be serving London’s Number One Mince Pie - using the Gladwin brother’s very own grandmother’s recipe. The mince is flavoured with several ingredients including apple brandy and veal suet.

Find out more about Rabbit

This isn’t a finite list – we’ll be adding to it in the run up to Christmas as and when we hear about interesting ‘different’ menus. If you know of something you think should be here – tell us about it.