We all love the thrill of the new, but there's much to celebrate in standing the test of time too. This year is a bumper year for restaurant birthdays in London - here's who's putting on party hats. 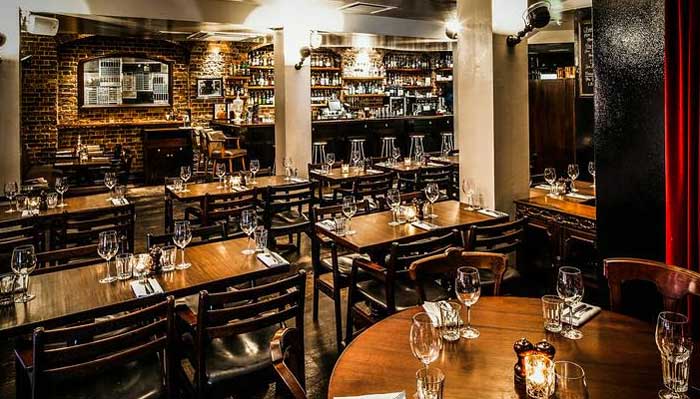 History: When Huw Gott and Will Beckett first opened this East London steak joint the auguries weren't good - they lost their chef even before they opened. But success was guaranteed when diner Richard Turner made the leap to chef and they got the phenomenally talented bar guru Nick Strangeway on board. Now they're a byword not just for excellent steaks but also for the loyalty of their staff, many of whom are still with them since the first Hawksmoor opened.

Dish to order: The Tamworth pork belly ribs were on the original menu back in 2006

Join the celebrations: The Hawksmoor classics is a celebratory four-course menu matched with wines from 2006. It's £70 for food only or £110 including drinks. See our piece on it here.

Early review: "It is a fine, honest, decent place, and I will be going again" - Giles Coren in The Times

History: Vivek Singh opened this Westminster restaurant back in 2001 with one aim - to revolutionise the way Indian cooking was viewed in the UK. So expect to find the most British of ingredients given a very modern Indian treatment.

Join the celebrations: There's a 15th-anniversary menu with matched wines for £150 but be quick - limited wine stocks mean that only a set number of the menus are available.

Early review: "This restaurant shows much promise." - Matthew Norman in The Telegraph.

More about The Cinnamon Club.

The Providores and Tapa Room History: Peter Gordon first made a name for himself at The Sugar Club in Soho. When he opened his first restaurant in Marylebone he brought in a number of innovations which have since transformed the London restaurant scene - small plates, no reservations, great brunches.

Join the celebrations: Gordon is joining forces with The Cinnamon Club's Vivek Singh to cook a six-course anniversary feast (£120 per person) with a cocktail on arrival and matching wines on Tuesday 18th October.

Early review: "It gave me the opportunity to do something I've wanted to do for a long time which is eat only starters. Here it is definitely worth doing." Jay Rayner in The Observer.

More about The Providores 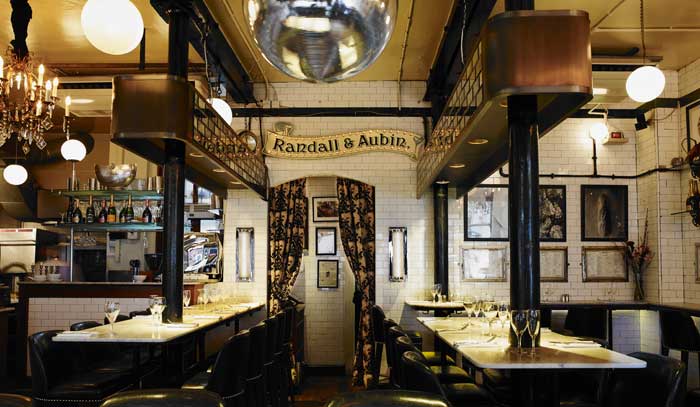 History: Co-founded by Jamie Poulton and Ed Baines this Soho institution was revolutionary when it first opened - mixing communal seating and laid back surroundings with a menu that combined luxury fare like lobster and champagne with rotisserie chickens.

Dish to order: kick off with oysters and then have half a rotisserie chicken with fries.

Join the celebrations: As a birthday treat, they'll be offering diners half a dozen Rock oysters and a glass of Randall & Aubin’s house Champagne for just £9.50, available daily between 3-5.30pm from Monday 1st to Friday 12th August 2016.

Early review: "It is a terrific concept and potentially a great boon to those living or working in the area," said Fay Maschler in The Standard.

More about Randall and Aubin

History - even the building this Covent Garden restaurant is in has an interesting history. Back in the day it was London’s first licensed Casino. Now the popular Martini bar and American restaurant turns out US classics to a loyal clientele.

Join the celebrations: From Monday 11th July to Wednesday 13th July they'll be putting on a ‘Pay What You Paid’ menu rolling back prices to 1991 so a USDA 8oz Fillet Steak will be just £15 (normally £40). 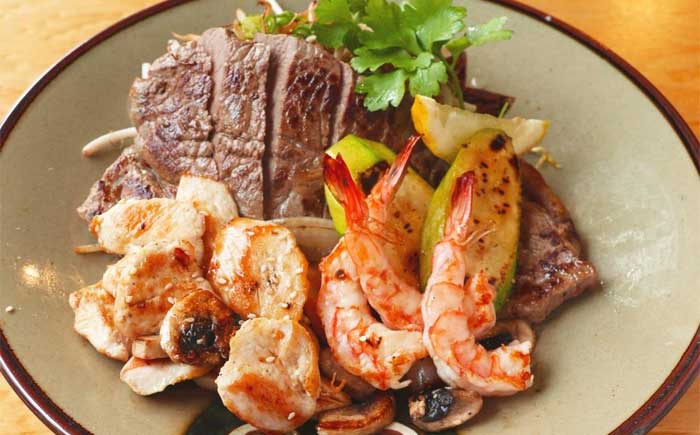 History: Originally opened in 1986 in Swiss Cottage the idea that your food could be cooked in front of you was a gamechanger in eighties London and this soon became a firm favourite of celebrities and royalty.

Dish to order: Anything from the hibachi grill 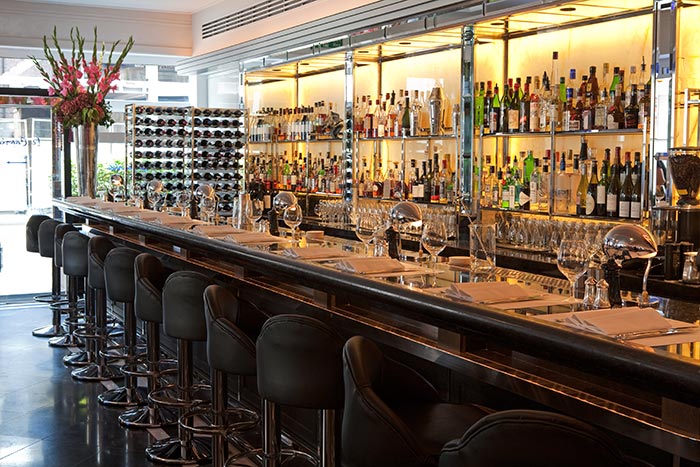 History: Originally opened in 1947 by Mario Gallati, former Maître d’ of The Ivy, its relaunch in 1981 quickly rendered it a social institution and game-changer – indeed one of the small group of restaurants that set the restaurant revolution in motion.

Early review: “Le Caprice’s success has been based on the highest standards of customer service.”  - Nick Lander in Weekend FT

Join the celebrations: With The Caprice Classics Menu available 12 noon until 6pm, and from 9.30pm, daily and priced at £35 for three courses.  Available from 18 July 2016 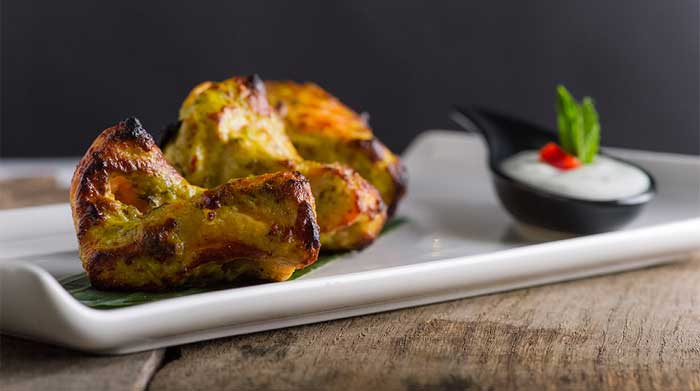 History: Gaylord first opened its doors in London in the Swinging Sixties making it one of the city's oldest Indian restaurants. It may have been around for 50 years, but they're not resting on their laurels - the presentation, in particular, is fresh and modern.

Dish to order: The Chicken Tikka Masala - made using what the restaurant says was the first tandoor oven to be installed in a London restaurant.

Join the celebrations: Today (5th July) they'll be offering a Back to 1966 menu for both lunch and dinner so that tikka masala will cost just 30p. 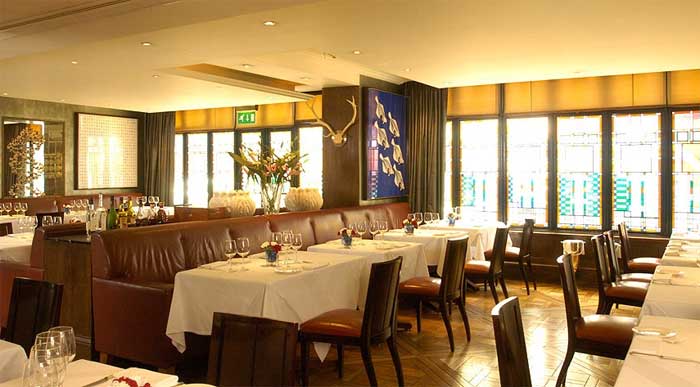 History: The “Grande Dame of Dean Street” has been a restaurant since 1926. It is currently owned by the Hart brothers who took it over in 2008 and then had the genius idea of installing Jeremy Lee in the kitchens. But it's all change at the moment with the restaurant closing in August for six weeks of renovation which will see Barrafina take over part of the ground floor space and a members' restaurant installed on the second floor.

Join the celebrations: the restaurant is planning a grand reopening on 15 September 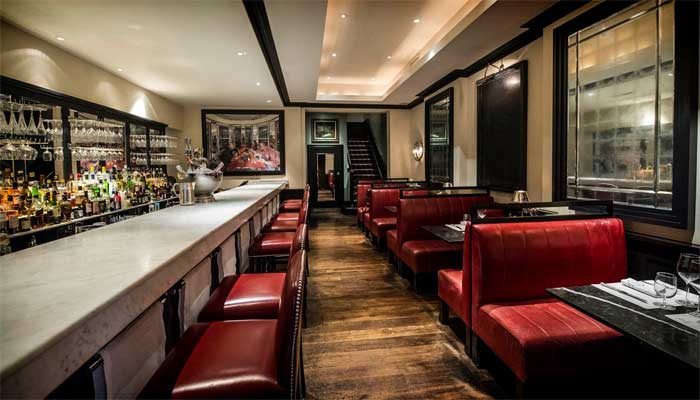 History: If the Queen sends out telegrams to restaurants, then Bentley's will be avidly watching their letterbox. The Piccadilly institution first opened its doors back in 1916 during the middle of World War 1, serving up oysters, fish and chips and steak to the London well to do. For the past 10 years it's been under the watchful eye of Richard Corrigan who has respectfully given this grande dame a new lease of life.

Dish to order: Sit up at the bar and watch the master shuckers at work - order oysters followed by their exemplary fish and chips

Join the celebrations: Over the course of this year Bentley's is holding The 100 club - monthly lunches celebrating a long history of their most popular dishes. The £45 4-course lunch menu presented by Head Chef Michael Lynch includes welcome drink reception, four course menu, coffee and petit fours. History: Josef Sheekey was an oyster trader in the late 1800s in Shepherd’s Market. In 1896, the 3rd Marquess of Salisbury and then Prime Minister, Robert Gascoyne-Cecil, granted him a licence to open his first fish and seafood restaurant in St Martin’s Court. “Sheekey’s” was born. In 2008, it was joined by the more informal J Sheekey Oyster Bar next door (now the J Sheekey Atlantic Bar).

Dish to order: The fish pie, a perennial favourite or even the fish & chips

Early review: “My favourite restaurant is J Sheekey in Covent Garden. It is perfect in every way” - Celia Birtwell in The Wall Street Journal

Join the celebrations: With six West Mersea Pearl Oysters and a glass of Gyéjacquot Champagne for £19.75 at the brand new J Sheekey Atlantic Bar.