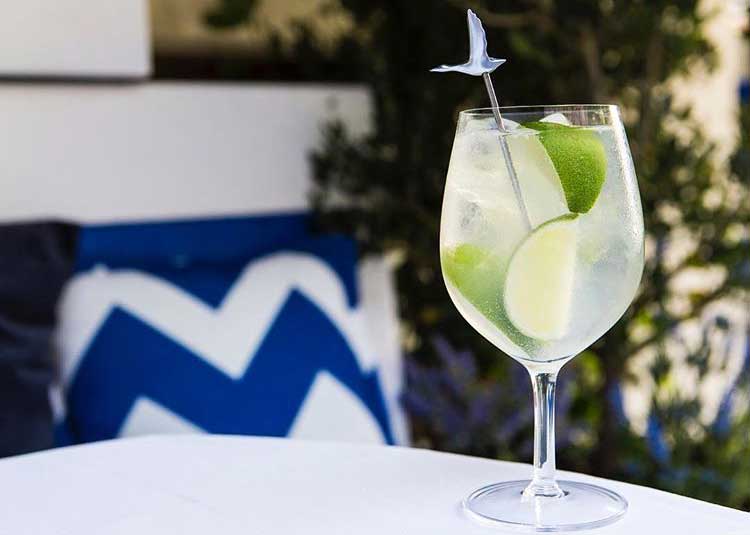 What better way to kick off any night in London than with a refreshing cocktail? And the Grey Goose Le Grand Fizz is just that - combining Grey Goose vodka, St-Germain elderflower liqueur, fresh lime and soda water. We've picked out six great London restaurants, from classic St James establishments to cool West London hangouts where you can start with a Le Grand Fizz for a perfect summer's night out. 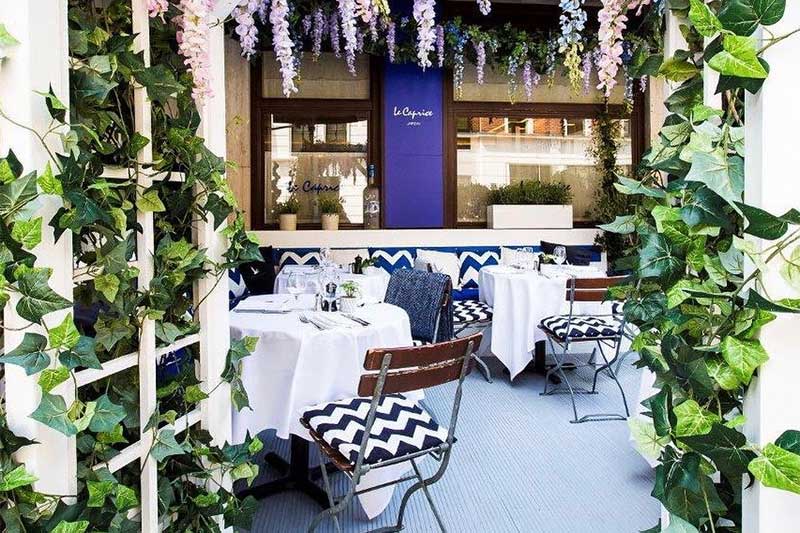 This classic St James establishment, just around the corner from The Ritz, has been operating since the end of the second World War. But it was in the 80s that it first became a glamour hot spot. The restaurant had a redesign for its 35th birthday but they kept the iconic David Bailey pictures on the walls, and its Director Jesus Adorno is still in place, running the show now for an amazing 37 years.

What to order with your Grey Goose Le Grand Fizz: The menu always features seasonal specials, but if you're sticking to the classics go for steak tartare, followed by the chicken milanese and dessert of iced berries with hot white chocolate sauce. 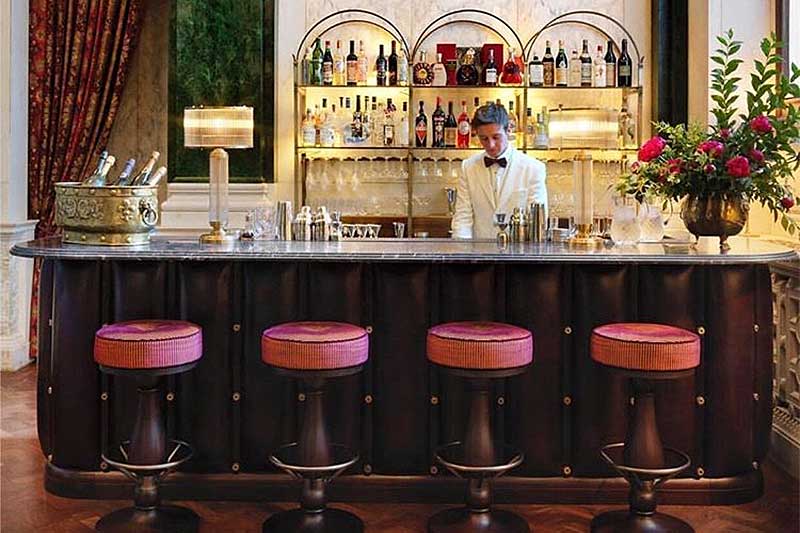 With all of its bars and restaurants, The Ned totally revolutionised what the City had to offer in the evenings and weekends. Part hotel, part members' club run by Soho House's Nick Jones it's almost always packed with folks having a good time. And they're still evolving, having just opened a new bar - their 17th! - the Library Bar.

What to order with your Grey Goose Le Grand Fizz: The aforementioned Library Bar has a short food menu, making it easy to pick out a few favorites. How about some manchego and chorizo bon bons or a black truffle pizzette?

More about The Ned 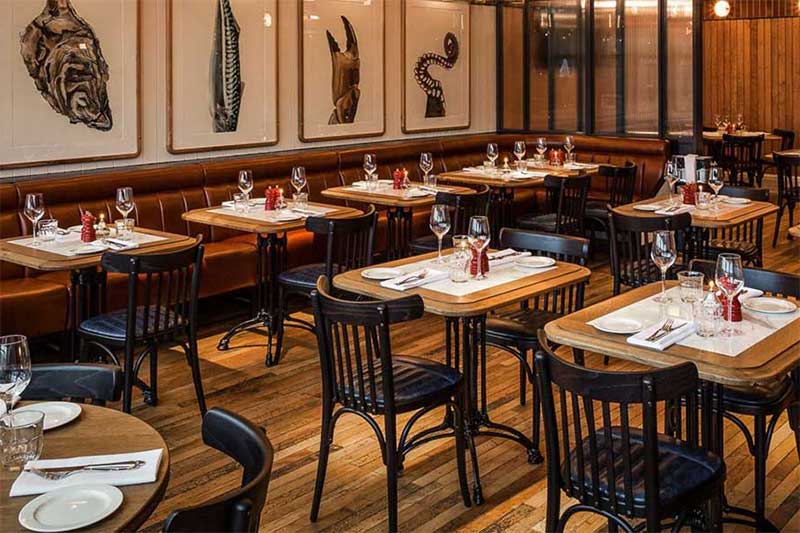 In opening its fifth restaurant at the Battersea Power Station, Wright Bros finally found an appropriately waterside spot for its seafood-based menu. A large outside terrace with views over the Thames maximises the setting.

What to order after your  Grey Goose Le Grand Fizz (starring Grey Goose L’Orange vodka): This is the first Wright Brothers outpost to have a Josper grill – make the most of it by following a platter of oysters with a chargrilled, sustainable tuna loin, served with Goan spiced lentils. 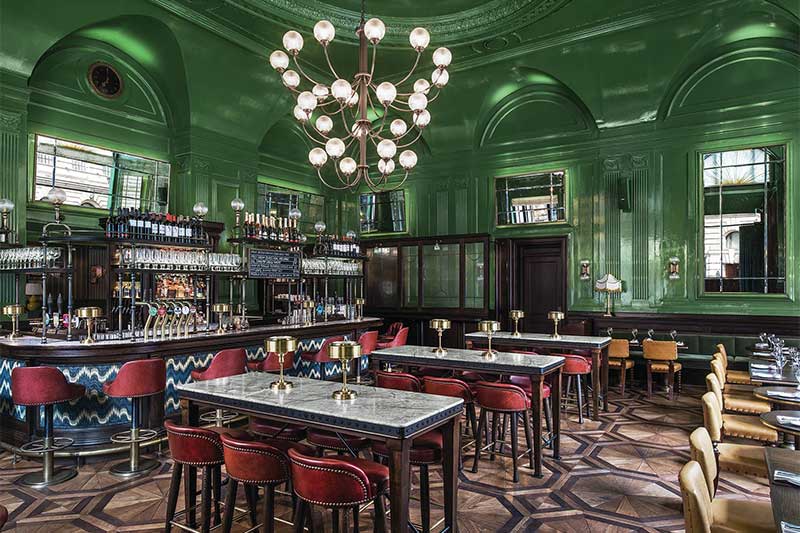 Michel Roux Jr. doesn't do things by halves, so when he decided to open his first British pub, it's no surprise that it turned out to be a brilliant one. Part of the Langham hotel, the Wigmore turns out cracking pub fare in a beautiful space.

What to order with your Grey Good Le Grand Fizz: The masala-spiced Scotch egg with dahl relish is a highlight of the bar snacks; if you're after heartier fare, opt for the porchetta roll with fennel, aioli and buttermilk onion rings.

More about the Wigmore 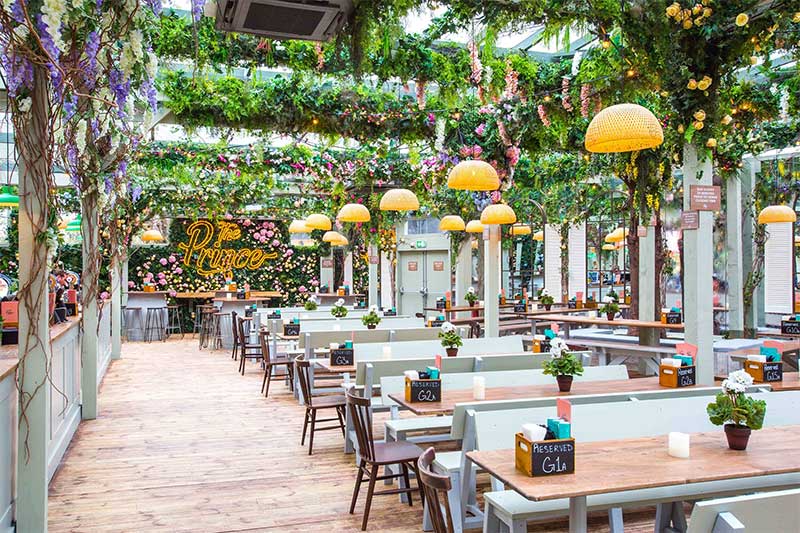 There was real vision behind the opening of the Prince in West Brompton. The team took over four buildings on one street, including the old Prince of Wales pub, then turned them into a series of restaurants and bars, all connected by a single deck. Right now, the resident restaurants are Patty & Bun, Begging Bowl Canteen, Coqfighter and Foley's.

What to order with your Grey Goose Le Grand Fizz: The crispy silken tofu from Begging Bowl comes dipped in yellow bean, rice flour and chilli, and is served with a citrus sauce – perfect with a Le Grand Fizz made with Grey Goose Le Citron.

More about the Prince 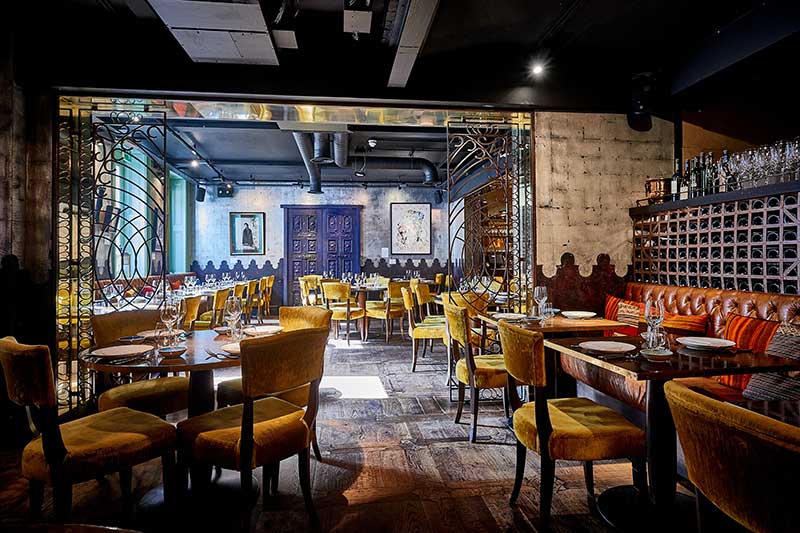 Everything's on show at Coya – with chefs displaying their skills at the ceviche counter, the open charcoal grill and the central kitchen. After dinner, retire to the Pisco Lounge, where DJs play until late. The man behind all this glamour is Arjun Waney (he of La Petite Maison and the Arts Club), so you’re in safe hands.

What to order with your Grey Goose Le Grand Fizz: You should definitely try one of the tiraditos (Peruvian sashimi) with the Grey Goose La Poire version of the cocktail.  We'd suggest the scallops, which come with Peruvian olives, crispy cancha (toasted corn), and aji limo peppers.

Want to get your hands on a limited edition summer bottle of Grey Goose vodka? Then head this way.