New ice cream to try in London this summer

At the time of writing, it's lovely and sunny in London and very definitely ice cream weather. But if we're being honest, we really never need such an excuse to point us to some of the best ice creams in town. So whatever the weather, here's are some of the new ice cream treats you should be trying this summer. 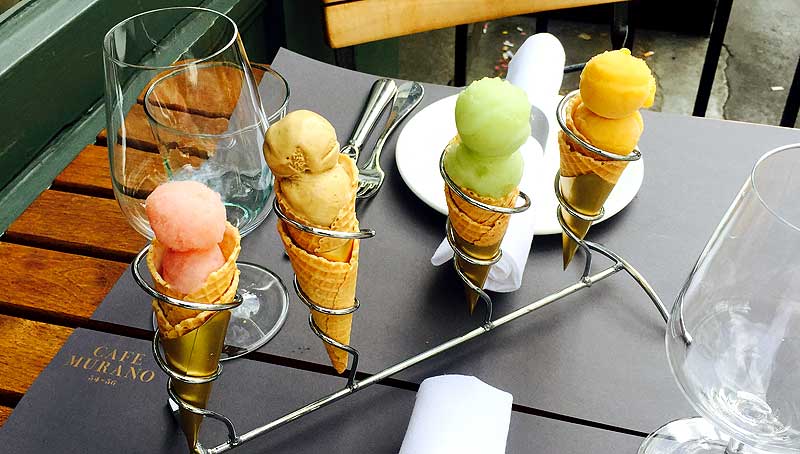 New ice cream for Cafe Murano
New to the Sunday menu at Cafe Murano is their range of ice cream cones. They have Stracciatella, Mint Chocolate, Coffee and Pistachio as well as some more unusual flavours including Hazelnut Torrone, Peach & Rosemary, Apricot and Amalfi Lemon. Find out more. 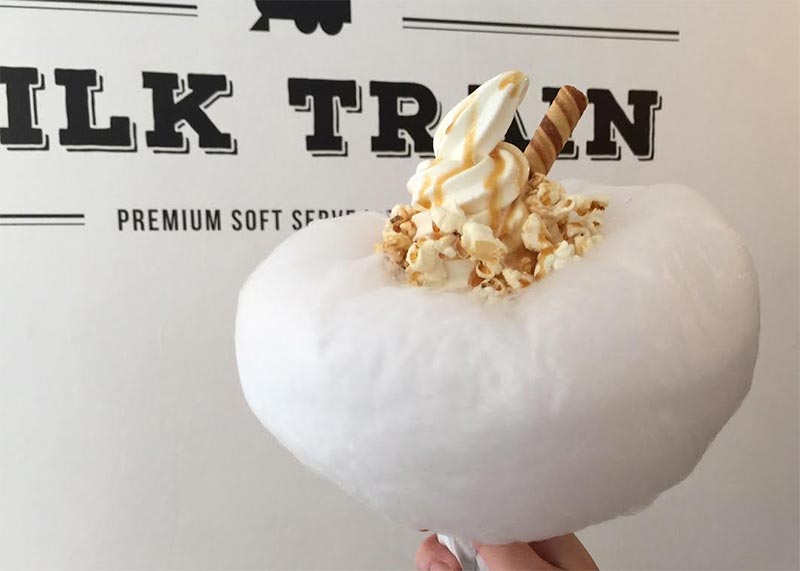 Ice cream in a cloud of candy floss from Milk Train
Yes this IS exactly what it looks like, a huge cone of soft serve that's surrounded by freshly made candyfloss. The new Covent Garden spot does matcha soft serve too, but we think the vanilla is where it's at. Find out more.

Sunday ice-creams from Cafe Murano
Head down to Angela Hartnett's Cafe Murano in St James or Covent Garden on a Sunday to try some of the gorgeous new flavours they've just added to the menu. New this summer are Stracciatella, Mint Chocolate, Coffee and Pistachio, Hazelnut Torrone, Peach & Rosemary, Apricot and Amalfi Lemon. Find out more. 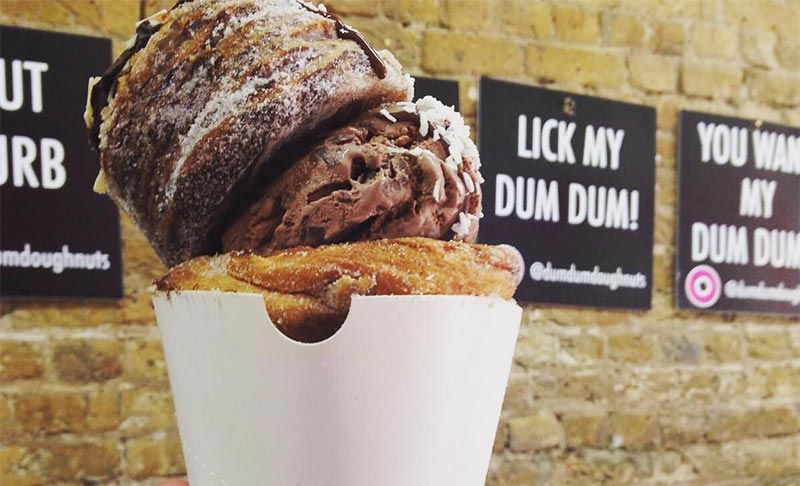 The Crone from Dum Dum Doughnuts
The crone may well be the biggest ice cream hits of the summer. It's essentially a combination of ice cream and a cone made of a cronut. That should be enough to have you rushing to Boxpark or Camden to grab one of these. They have three varieties, but the one we really like the sound of is Banoffee - that's "Banana, Digestive Biscuit, Salted Caramel Sauce, Vanilla Ice Cream". Find out more @dumdumdoughnuts 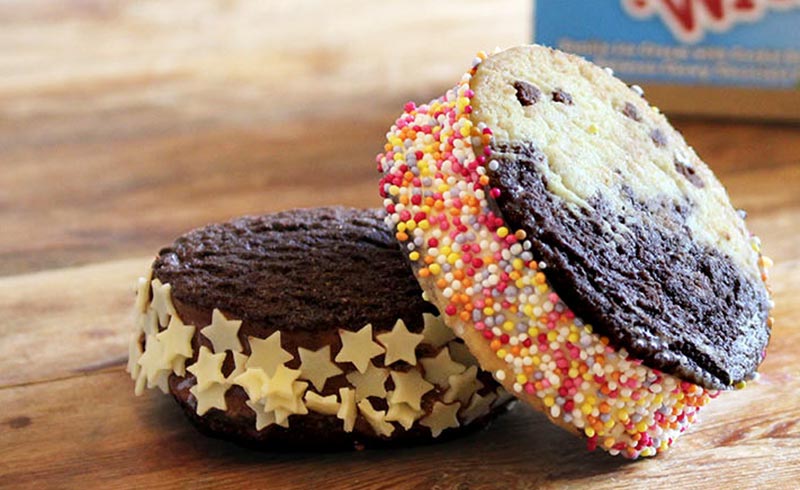 Free ice cream cookies from Ben and Jerry
Fancy some FREE ice cream over the summer? Then keep an eye on the Ben and Jerry S’Wich up tour which will be handing out ice cream and sandwiches (made from East London's Luminary Bakery cookies). Their next stops are Chestnut Plaza, Westfield Stratford on Sat 23-24 July, Battersea FoodStock on 30-31 July and Truman Brewery from 27-28 August. Find out more @benandjerrysUK. 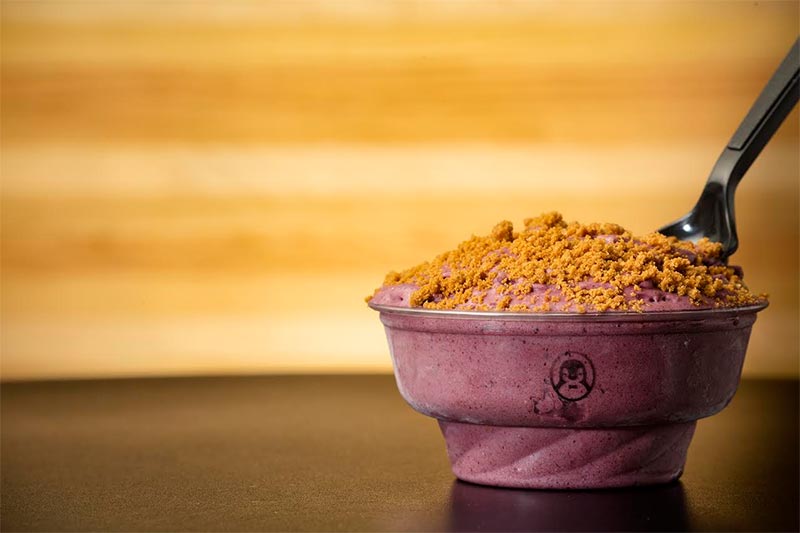 New flavours at Four Winters
West London nitro ice cream specilaists have launched a new menu to go with their recently announced nitrogen shakes. The new summery menu includes the Pina Colada (pineapple, shredded coconut and buttery coconut base) and the above Blue Violet (Sweet Cream blended with blueberries, a touch of black pepper with Lotus cookies. Find out more. 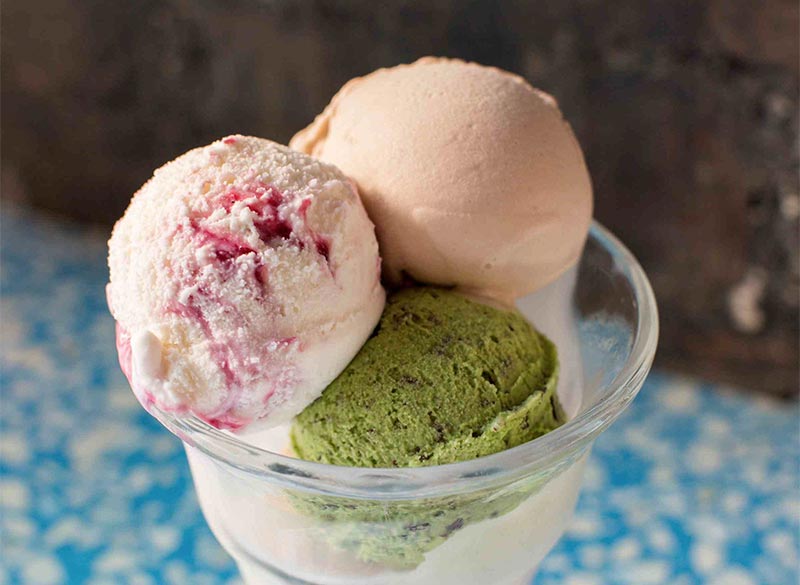 New summer flavours at Gelupo
The HUGE Gelupo gelataria on Cambridge Circus is one of the most prominent ice cream spots in town - but the original on Archer Street has just launched new flavours in for summer. They're Apricot Crumble, White Chocolate & Lavender, Yogurt & Berries, and Strawberry Sherbert. Find out more. 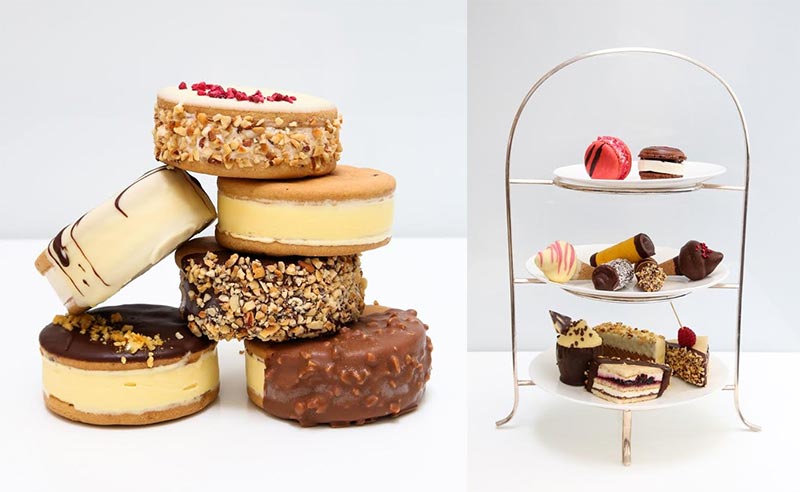 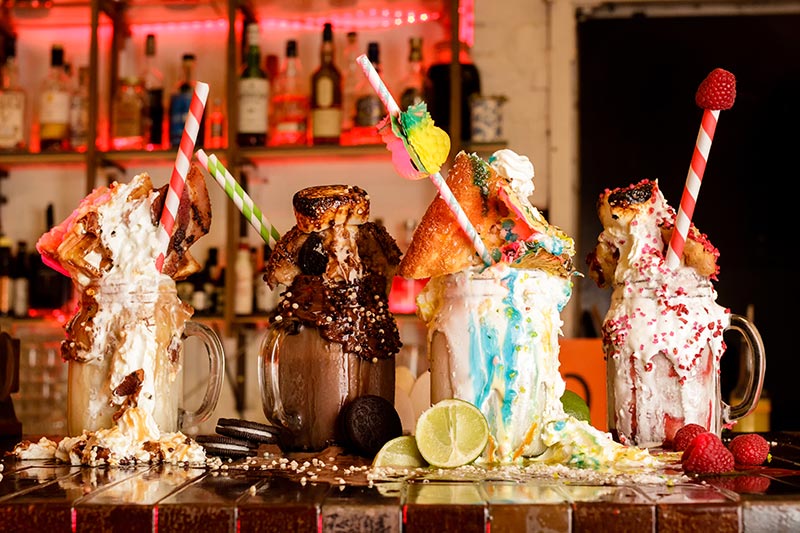 Try a freakshake
Not ice cream as such - but there's a LOT of ice cream in this new craze hitting dessert menus across town. Find out more. 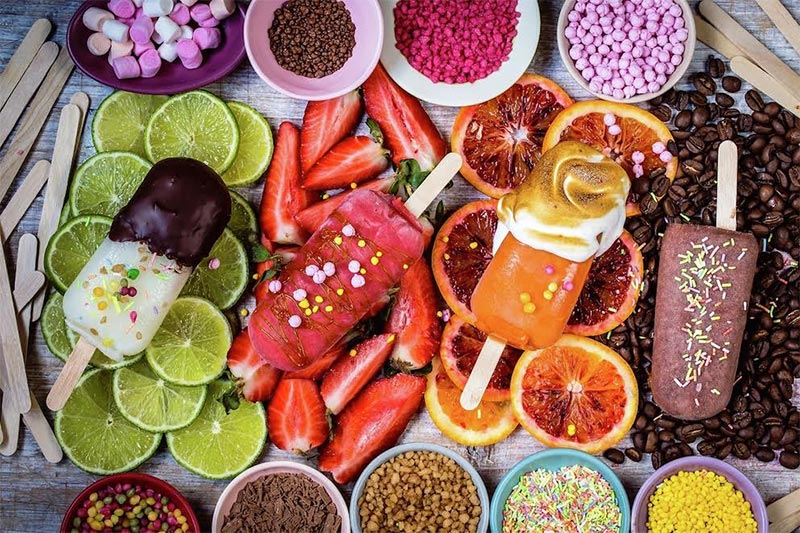