The latest of Estrella Damm's Top 50 Gastropubs in England, Scotland and Wales for 2020 has been released - and London secured eight spots on the list. Not only that, but the top slot in the country was won by The Harwood Arms in Fulham (and their Head Chef Sally Abé also won Chef of the Year).

Here's the full list of London pubs that made the grade this year. 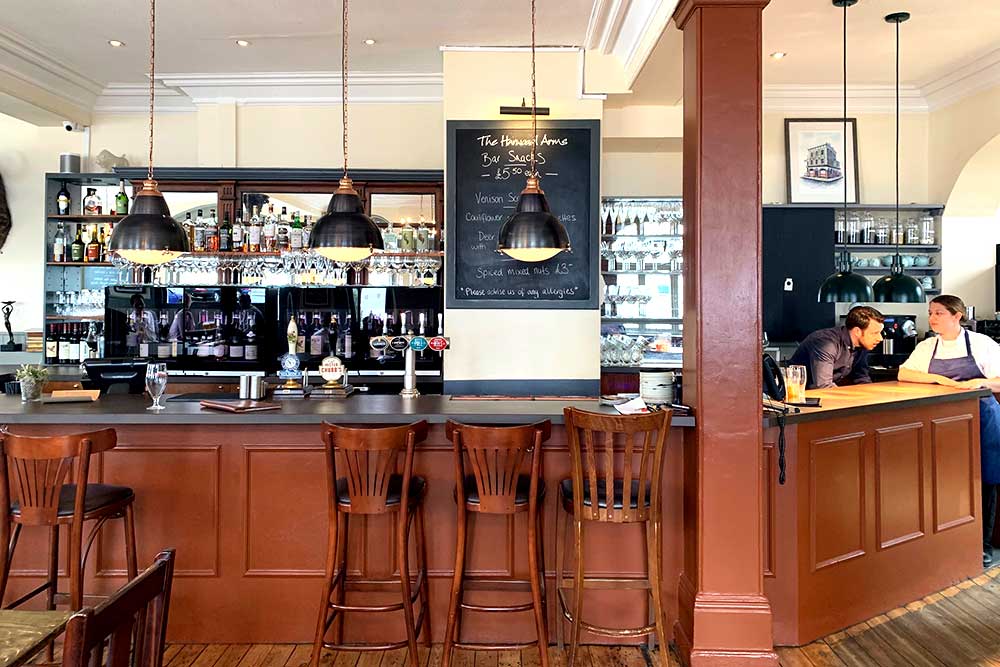 Need to know: Owned by The Ledbury's Brett Graham and chef Mike Robinson (who also runs The Woodsman in Stratford-upon-Avon), this Fulham pub is still the only Michelin-starred pub in London. Their vision is to "to go beyond the typical pub fare." At the helm is Sally Abe whose menu and cooking has been rightly heaped with praise.

What to order? The Harwood Arms' venison scotch egg is still one of the best of its kind and their game comes from Mike Robinson's land, with the muntjac particularly worth a try.

More about The Harwood Arms 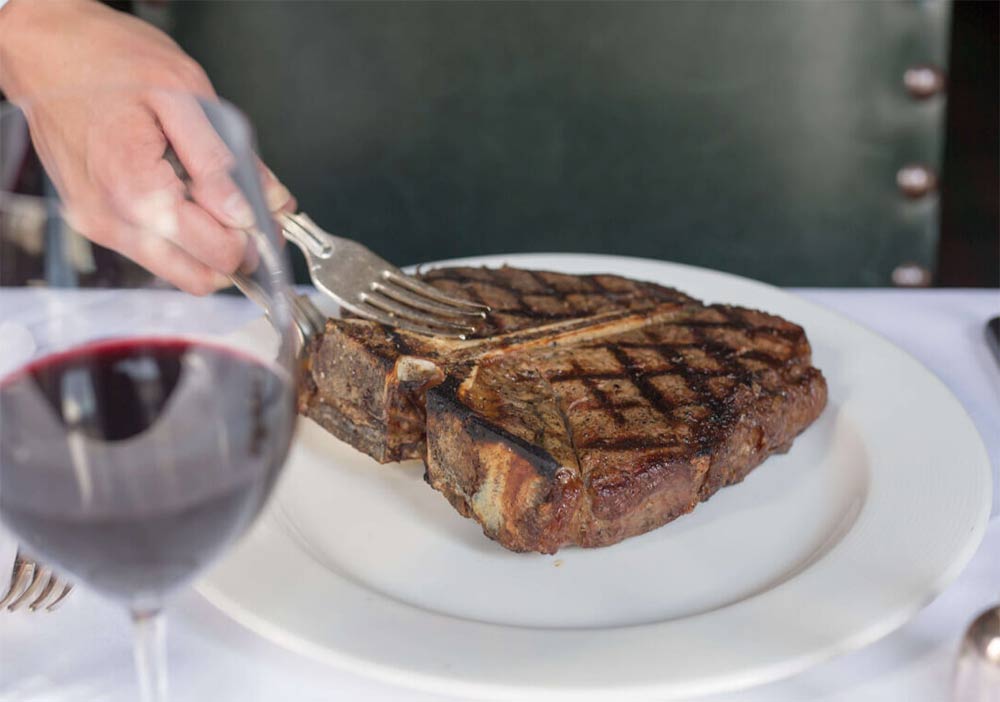 Need to know: This ancient pub (there's been a pub on this spot since the 15th century) has always been a London classic, but the arrival of uber-landlord Oisin Rogers in 2016 raised it into a different level altogether. As the name suggests, there's a strong focus on their grills - with their steaks being some of the best in town. They do an absolutely knockout breakfast too.

What to order? Jay Rayner described The Guinea's mixed grill as "the sort of thing open-top tourist buses should stop in front of." Meat is what you're after here, and that mixed grill has plenty of it in. If you're after something a teeny bit less hearty - how about one of their award-winning steak and kidney pies? 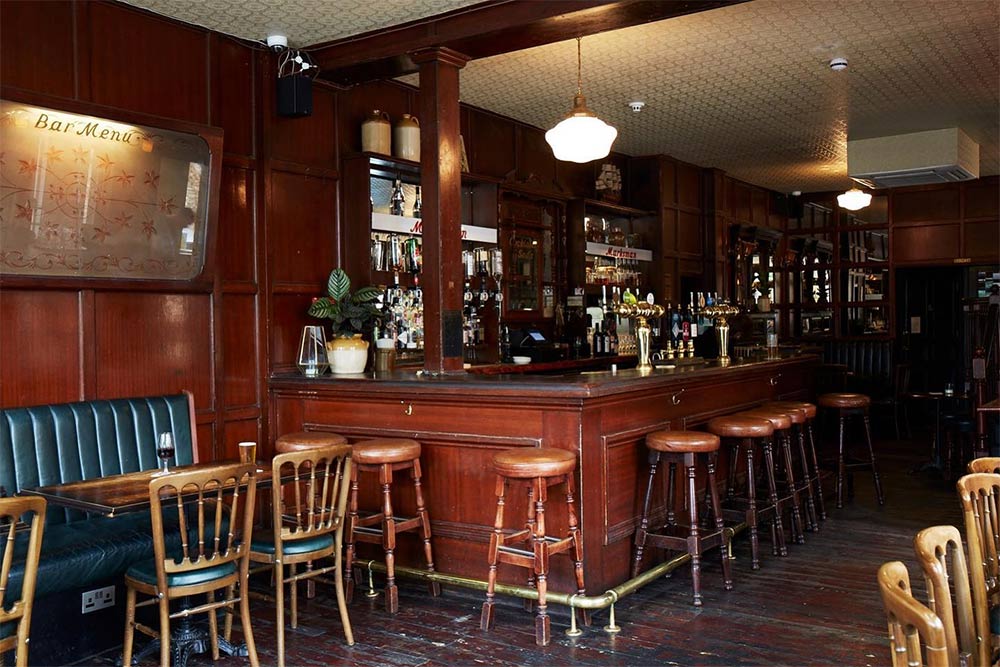 Need to know: Chef owners Tom Harris and Jon Rotheram took over The Marksman in 2015, and key to their success was the opening of a wonderful, airy upstairs dining room. The pub has been a huge draw ever since, both for snacks downstairs and the main restaurant, serving an ever-changing seasonal menu upstairs.

What to order? Menus change all the time, but you don't want to go home without having tried their savoury buns and the brown butter and honey tart which is deservedly famous. 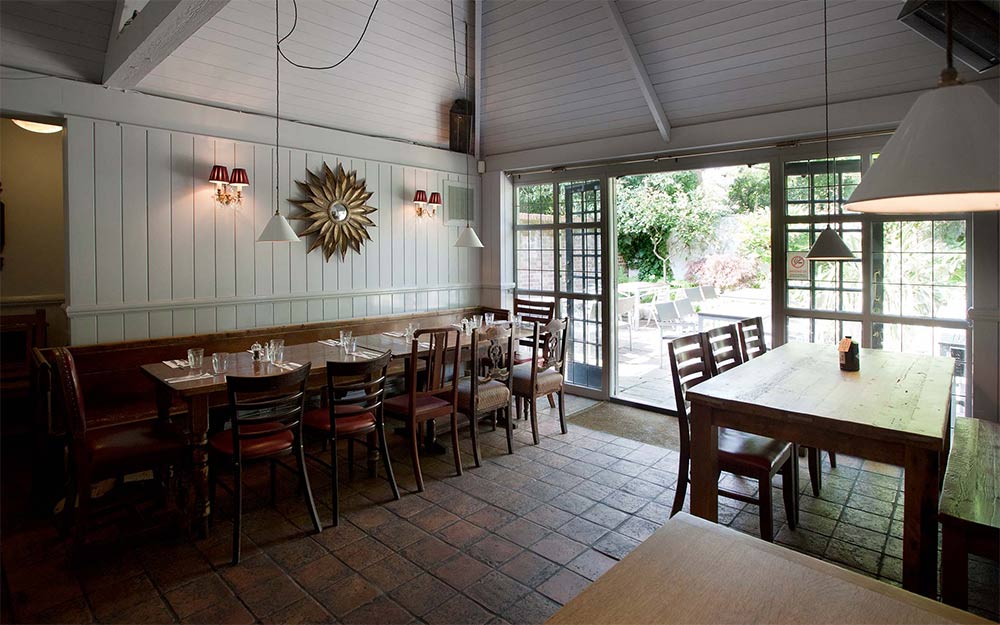 Need to know: Tucked in a pretty side street just minutes of the roaring A1, this Highgate gastropub definitely comes into its own in the summer with its lovely gardens and we have certainly spent a lot of time here. It's a local story too with even their meat coming from the nearby Highgate Butchers which may be why their Sunday roasts look outstanding. The whole pub recently had a refurb so there's even more reason to come back if you haven't been here for a while.

What to order? Other than the Sunday roast, the fish and chips are great - and you can get them to takeaway too. Although we suggest you settle in here to work your way through one of the best wine lists in London.

More about The Red Lion and Sun 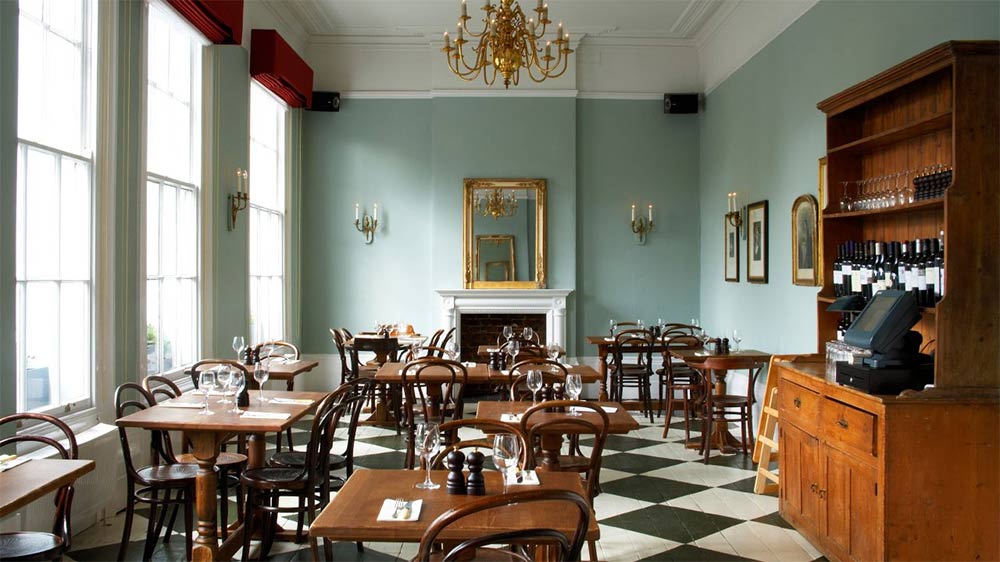 Need to know: Run by landlord Nick Gibson, The Drapers Arms has a reputation far wider than the usual neighbourhood pub. In the kitchen is Head Chef Luke Frankie who was previously Head Chef at Stevie Parle's Dock Kitchen. The pub runs a number of hugely popular annual events including Valentine's Day when all proceeds go to Refuge and their festival to all things offal, Glandstonbury.

What to order? It changes daily (check the website for the latest) but their pies are well worth a look. At the time of writing it's a Suet crust steak & red wine pie. 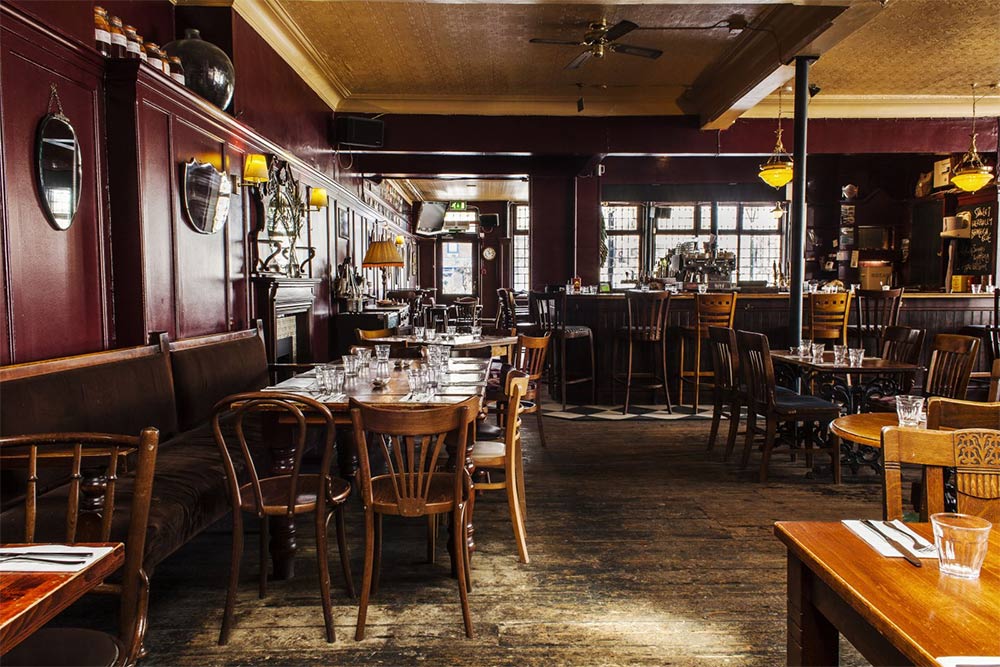 Need to know: Run by a team who started at the Anchor & Hope - and also own Stockwell Continental - the chef here is Trish Hilferty, who like owner Charlie Bousfield, trained up via the original London gastropub, The Eagle in Farringdon.

What to order? Menus change daily, but it's always worth looking at their pie and mash for two (steak pie at the time of writing)

More about the Canton Arms 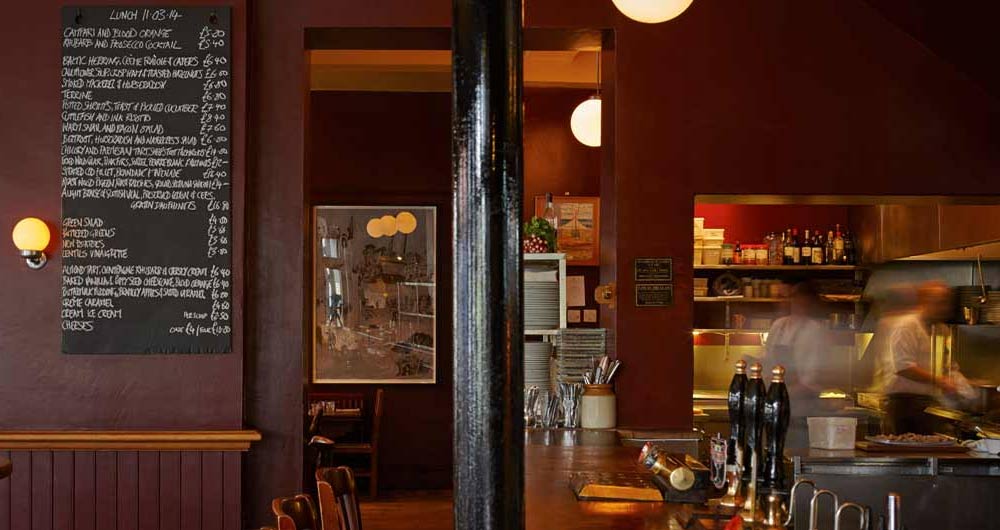 Need to know: When this pub first opened it was A Big Deal, being one of the first modern gastropubs in London. Run by - as Matthew Fort described them "graduates of St John by way of the Eagle" - it was nigh on impossible to get a table here and - horrors - they didn't (and still don't) take bookings.

What to order? Another ever-changing menu, but keep an eye out for potted shrimp on toast and their vegetable fritto misto.

More about the Anchor and Hope 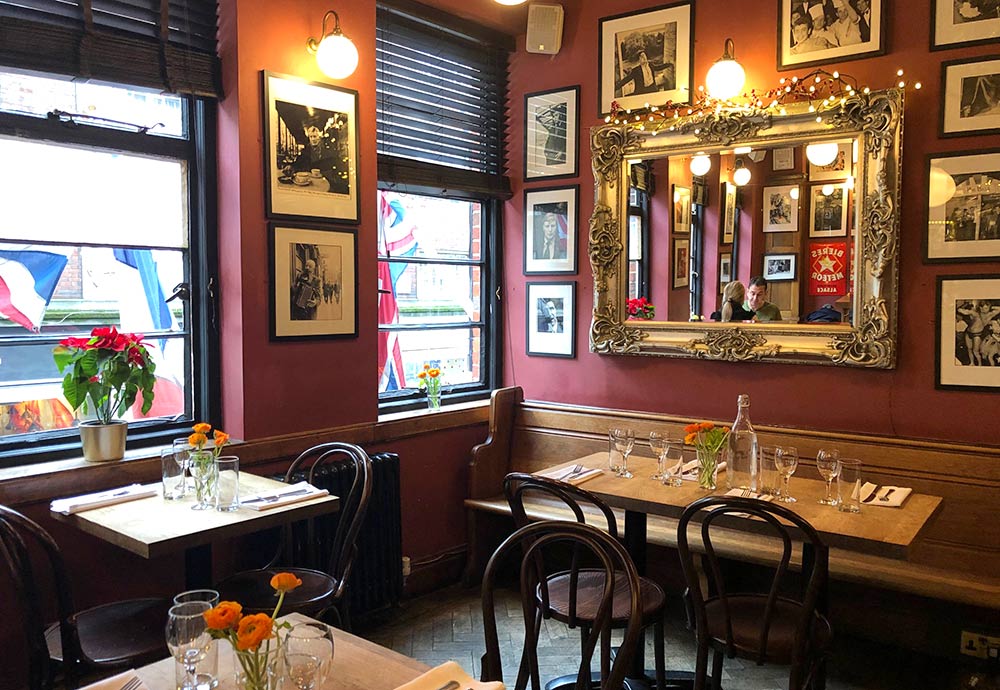 Need to know: This Soho pub has always been a classic and has hosted some great restaurants in the upstairs dining room. The current tenure of Neil Borthwick has now made it one of London's best restaurants, with an ever-changing seasonal menu of classic French dining. It's tiny, so well worth booking early.

What to order? The menu changes daily (their website has the latest) but the confit garlic and goats curd on toast is a regular and a must-have, as is the Paris Brest.

More about The French House

And - here are the top 10 Gastropubs in the UK