Sometimes what you want, nay need, right now is a bacon sandwich. Here's our guide to the best bacon sarnies in London right now. 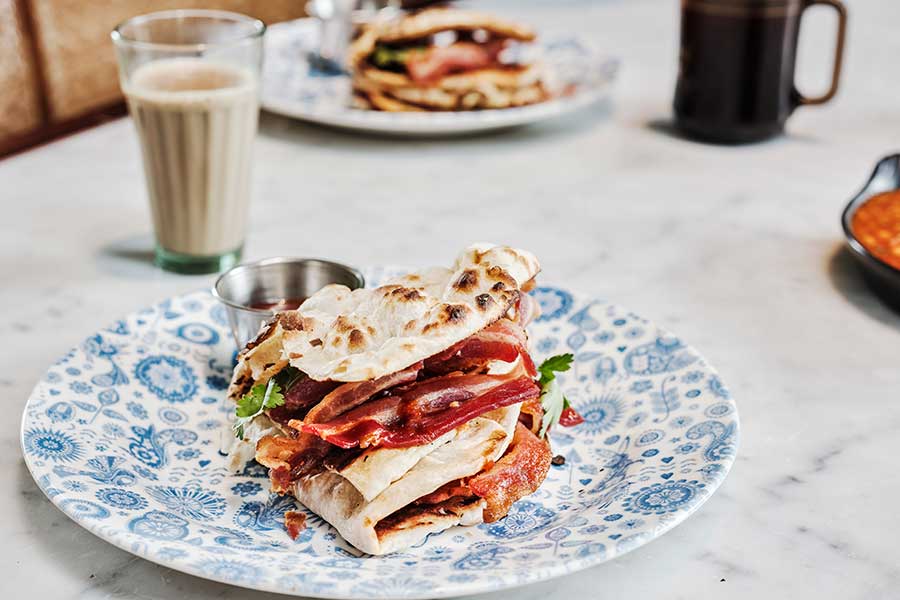 Where to find it: At any of their cafes.

It's a tricky ask as to whether Dishoom's bacon naan or its black daal is its signature dish. Many would plump for the naan which is fired up in the naan oven before being lavished with cream cheese, chilli tomato jam and fresh herbs along with Ramsay of Carluke’s smoked streaky bacon.

Delivery/DIY kit details: There's a kit you can order for delivery nationwide. 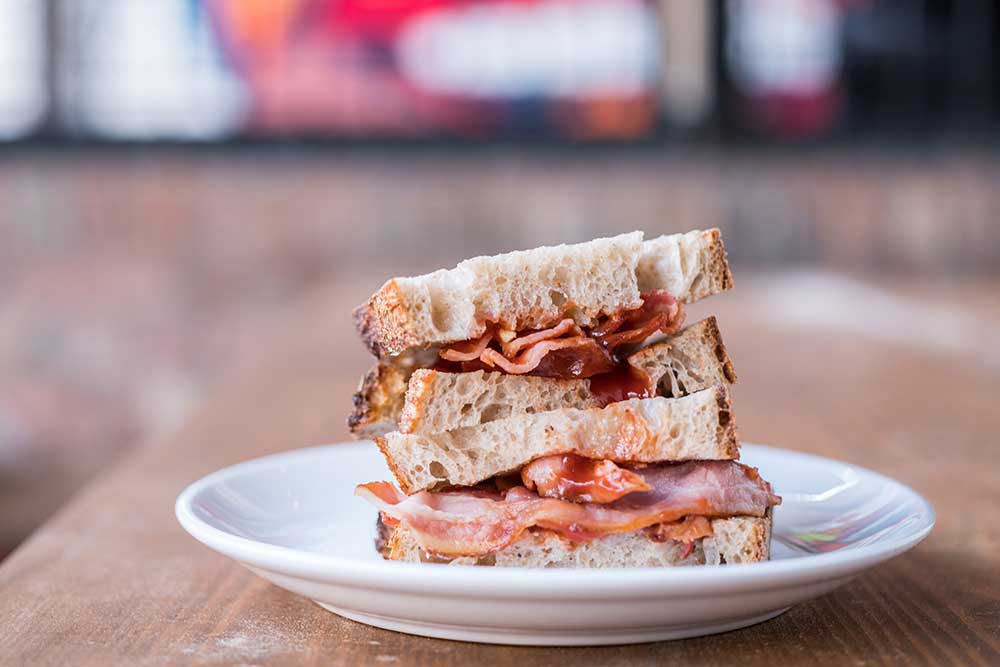 Where to find it: Abbot St, London E8 3DP

Tucked down a side street in Dalston, in the same courtyard as 40FT Brewery is this wonderful bakery which also provides training and employment to young people caught up in youth violence, who have struggled to find meaningful employment. Oh, and they also do a cracking bacon sarnie too made on their wonderful potato sourdough bread. 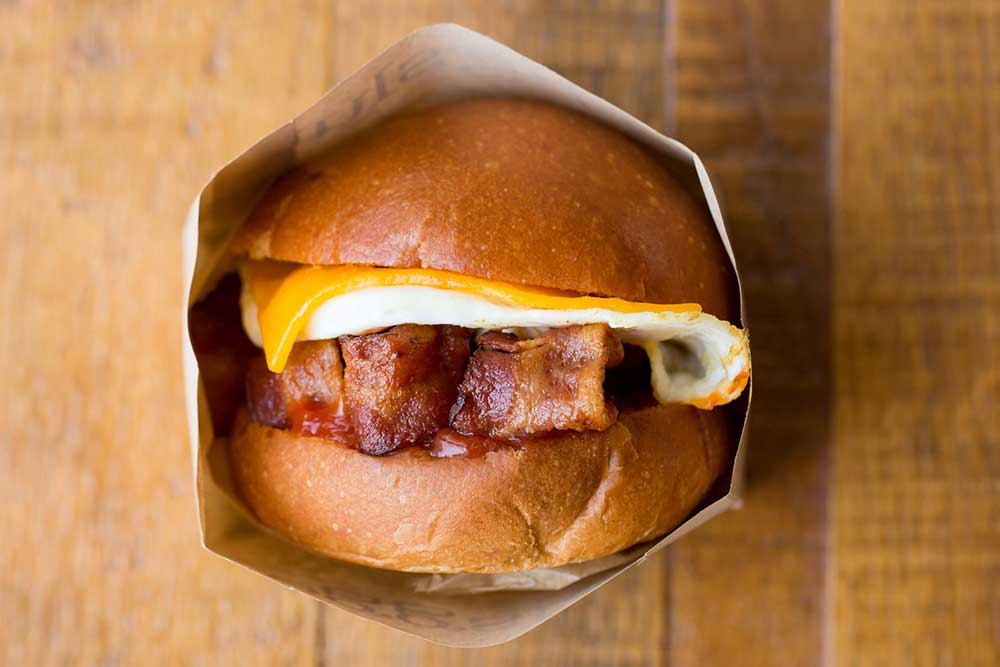 Where to find it: Notting Hill or Fitzrovia

The bacon egg and cheese roll at this US import features smoked bacon, over-medium egg, cheddar cheese and chipotle ketchup in a warm brioche bun. Stupidly Insta-friendly it's also, crucially, hangover-friendly too.

Delivery/DIY kit details: Both branches are on Deliveroo and Uber Eats 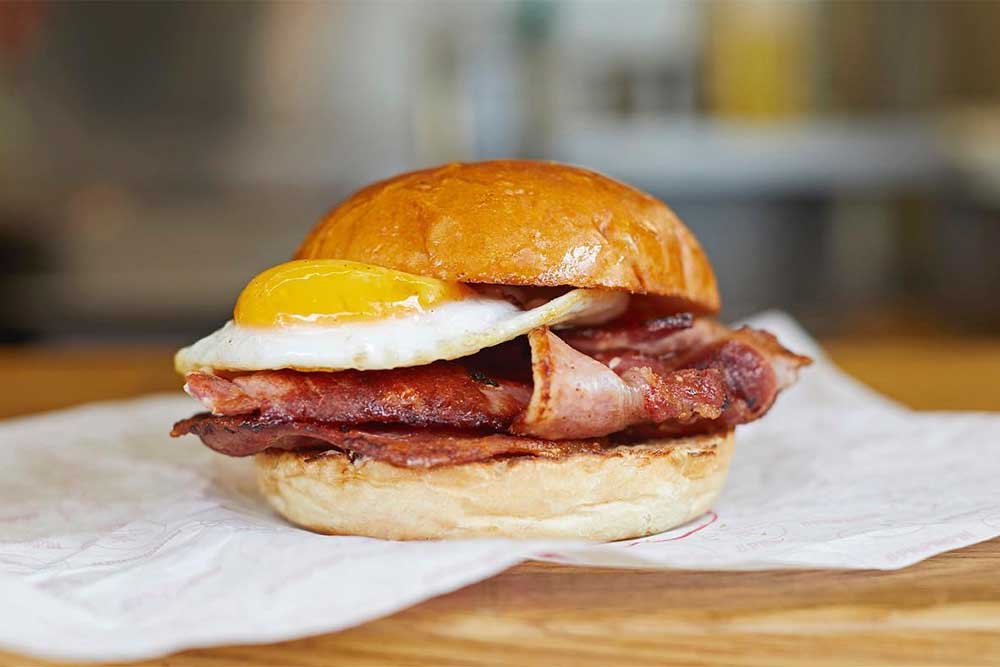 Where to find it: Lamb St, London E1 6EA, Monday to Friday breakfast and lunch

James Packman's street food van landed on the street food scene after five years spent on Bruno Loubet's brigade at Bistrot Bruno Loubet. As befitting anywhere that specialises in bacon sarnies, theirs is rather special featuring a lightly toasted milk bun, bacon butter, their own mushroom ketchup and - the crucial bit this - middle bacon from a butcher in Lancashire who uses pure breed pigs, Berkshire and Middle White which are outdoor reared. Look out for the odd specials on from time to time.

Delivery/DIY kit details: They do a very highly rated DIY kit that includes everything bar the eggs, as well as a limited edition with Tabasco (that we tried). Order those online. 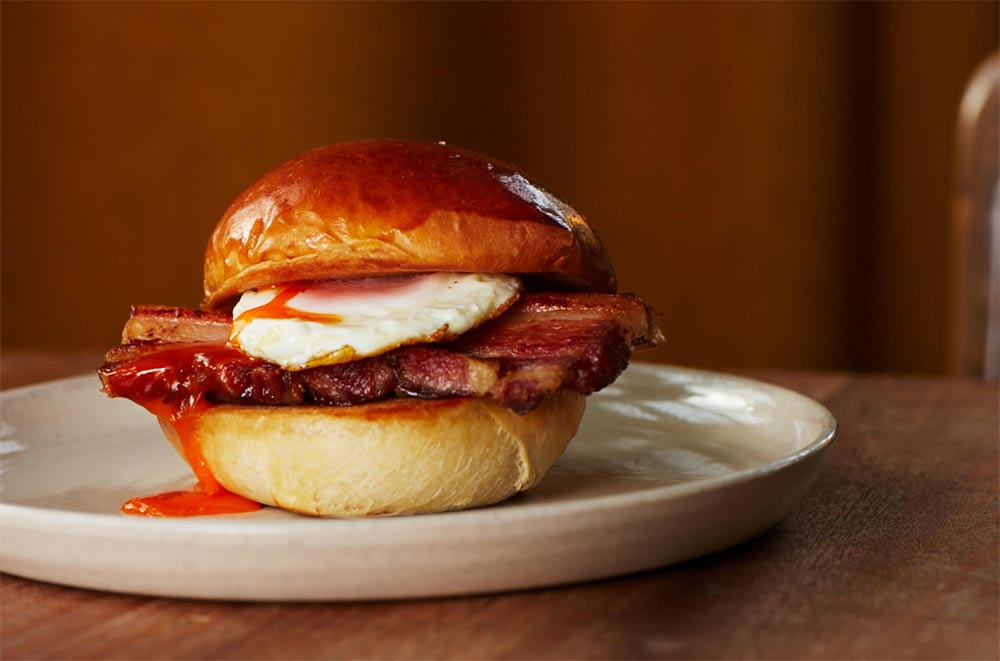 As well as their amazing tarts, this Hackney pub has got something of a reputation for its buns. In addition to the beef barley bun that's available all week, you'll can also pick up an excellent bacon roll at the weekends. This is made with their in-house cured Tamworth bacon, served with a fried egg and Marksman ketchup on house-baked white loaf. 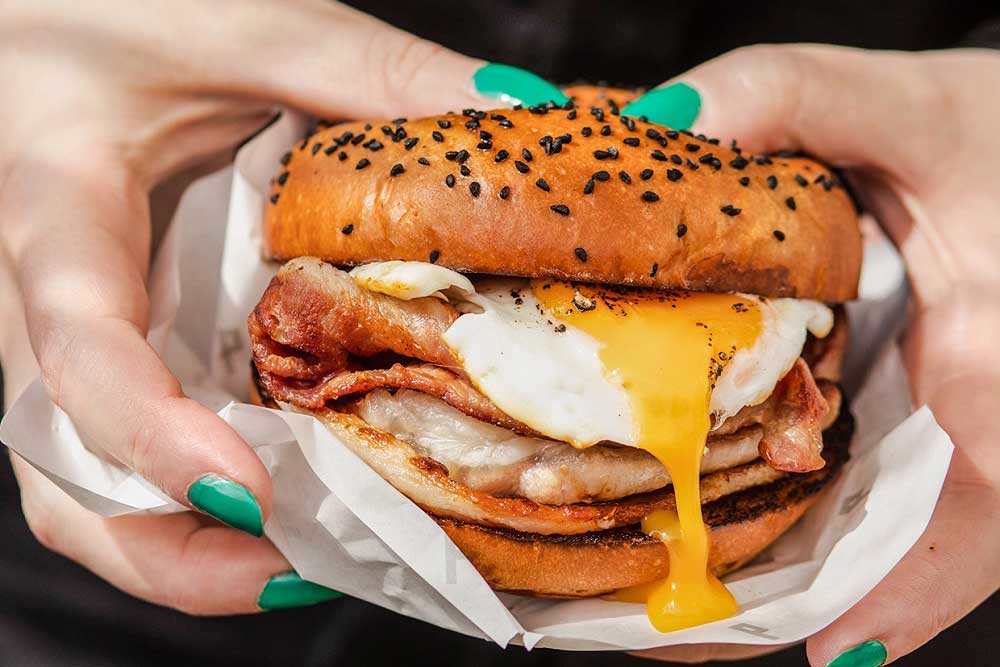 New to the market, but very handy for anyone in or around Paddington station at the weekend, this click and collect brunch bun features crispy bacon, fried egg, black onion seed bun and Le Swine ketchup. 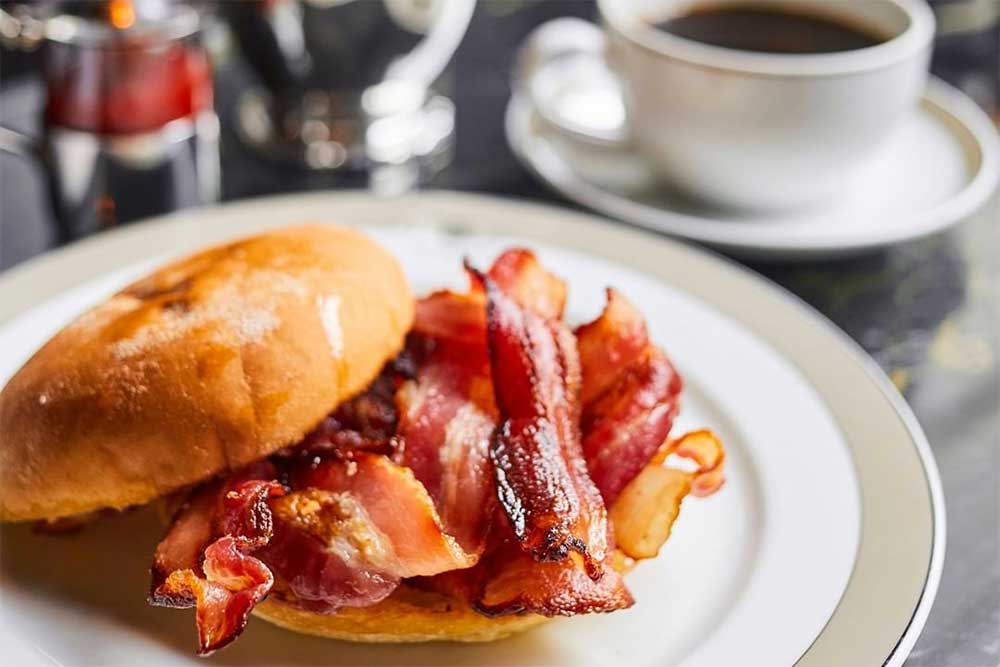 While the hedge funders are currently doing all their deals from their piles in the country, the chances of getting a seat at The Wolseley for breakfast are markedly better for the average Londoner. You'll be wanting this crispy bacon burger, which for well under a tenner in these surroundings is nothing short of a St James miracle.