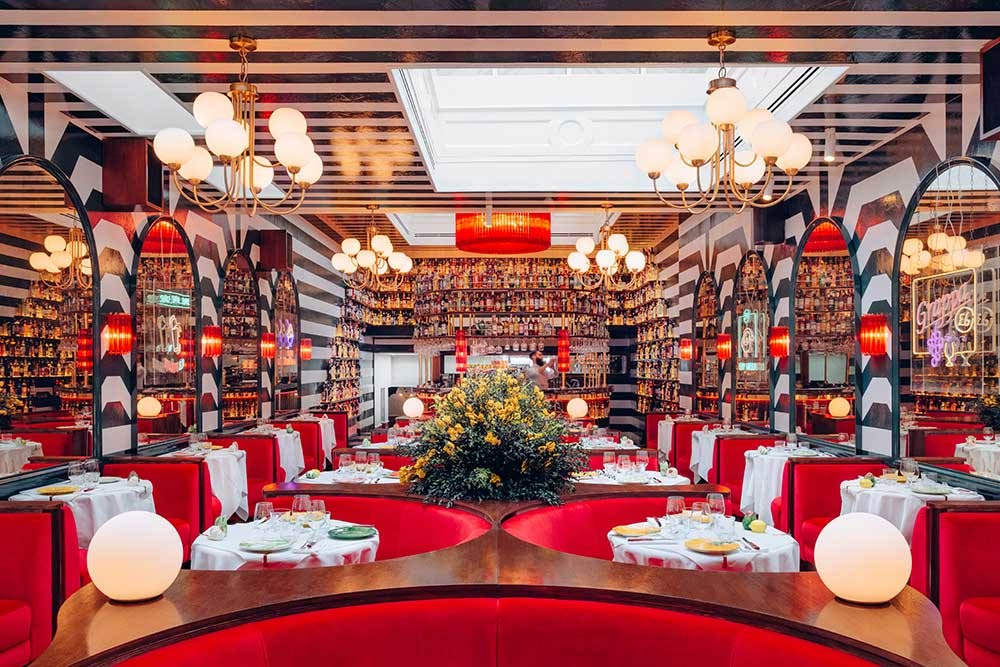 Normally we only feature restaurants on this list if they've opened - but Ave Mario (from the people behind Gloria and Circolo Poplare) has been quietly soft launching for a couple of weeks (Instagram is filled with pics of the neon lit loos) and we've also checked it out. It will be huge, much like the enormous ice cream cake that they wheel about the room. New additions to the menu include a caviar section, massive cocktails and a veal milanese that's twice as big as your head. 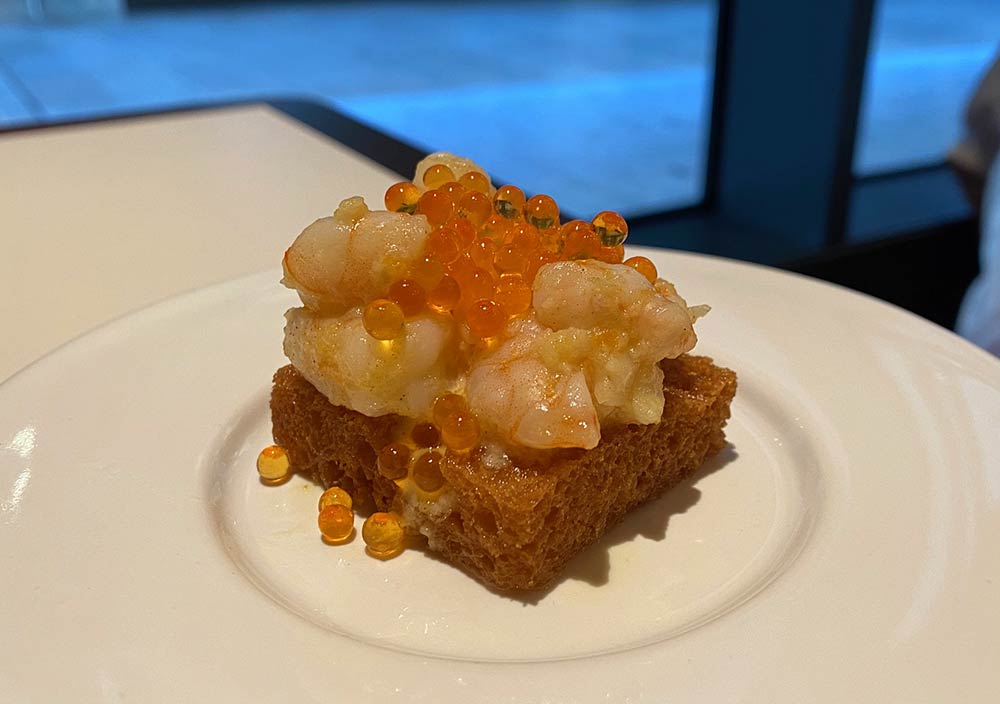 In a nutshell: BAO's bakery and more

The BAO team have taken creativity to the next level at their latest restaurant with teeny lobster rolls, bejewelled prawn toasts and more on offer. The space looks beautiful too - all that Mad Men panelling - and the best bit is it's as easy to pop in and take home some of the baked goods as it is to sit yourself down and gorge on the menu here. 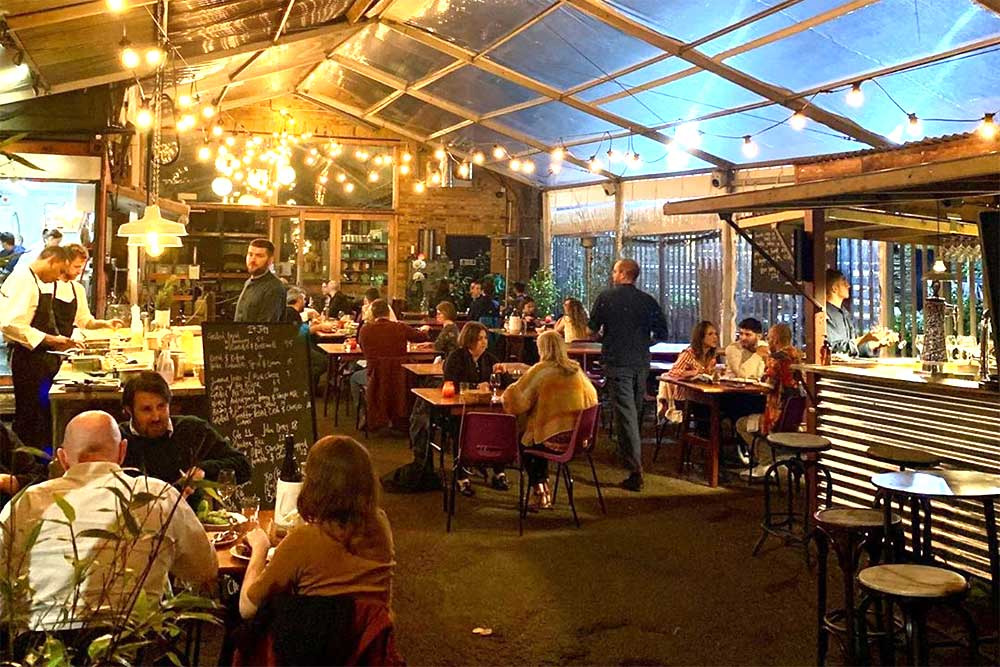 In a nutshell: Brat goes alfresco

Serving up new dishes alongside Brat classics, this started as a residency, became a huge hit and it is now a permanent fixture, making it one of the top alfresco spaces in town. Jay Rayner visited it for a joyous alfresco dinner and praised the "deft, sensitive cooking in the service of seriously classy ingredients." Our own post lockdown dinner there was a triumph.

More about Brat at Climpsons Yard 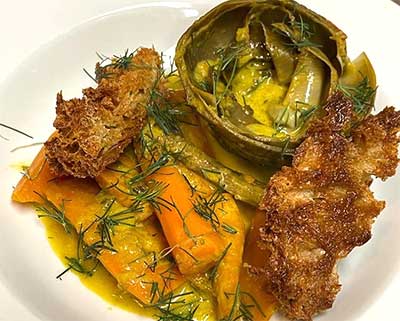 Anna Tobias is an ex-River Cafe and Rochelle Canteen chef and definitely one to watch. Her first solo venture, in Bloomsbury, is backed by the people behind 40 Maltby Street and it's very much about comfort food. Keep an eye on Instagram for the daily changing menu - each one is a masterclass in great menu writing. You'll want everything. Grace Dent said it's going in her "little black book of places that serve interesting, exceptional food." 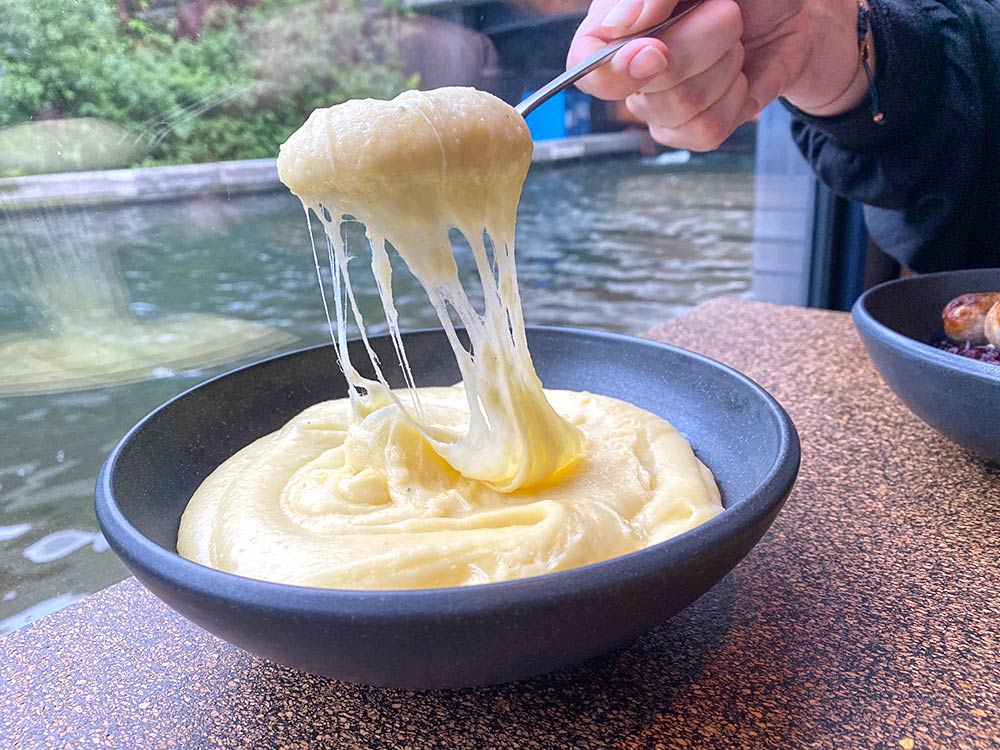 In a nutshell: Cheese. On a barge.

The Cheese Bar team could simply have settled for serving cheese platters on a boat and Londoners would have lapped it up, but they've done so much more with this floating restaurant. The vessel itself - purpose-built- gives nearly everyone a water level view. As for the food, just look at this picture and you'll know why you should go. Clever, elegant and delicious - a restaurant where can watch a nesting moorhen as you fork another curried cheese curd in your mouth. 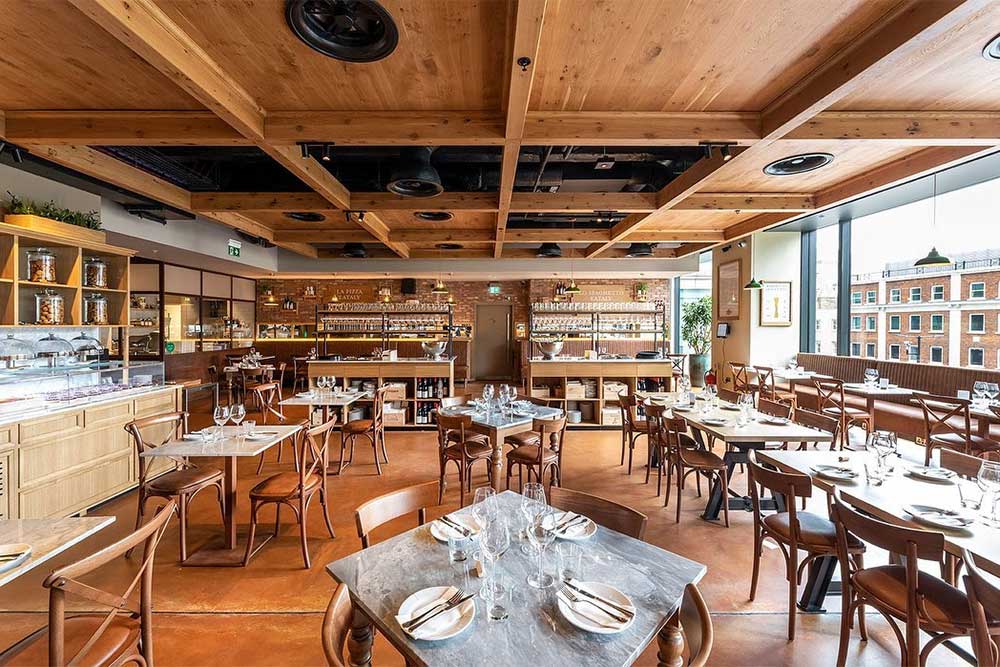 In the depths of lockdown, with images being shared on social of an empty, zombie-like City, the idea of opening a massive new palace of Italian food by Liverpool Street station seemed faintly ridiculous. Eataly proved them quite wrong - the place has seen queues for miles ever since it threw open its doors. Go to marvel at the huge grocery section, and then recover with a glass of Chianti and bowl of pasta in one of its many restaurants. 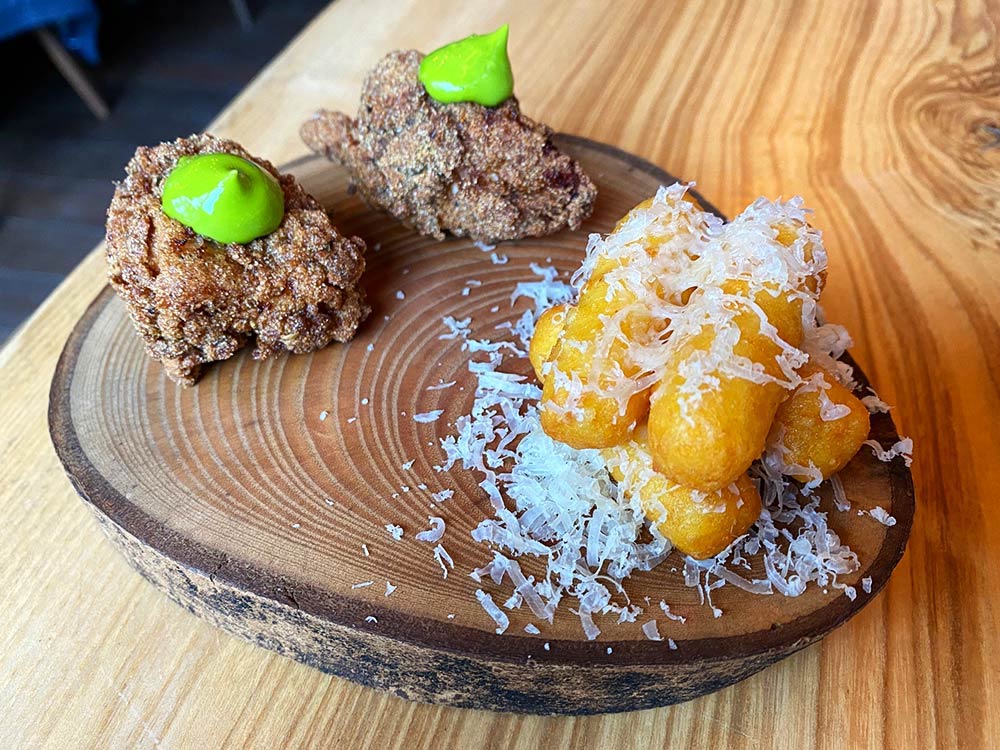 In a nutshell: British seasonal restaurant for Fulham

Two huge (and good) reviews helped propel this Fulham opening to the top of everyone's hit lists. Grace Dent loved the "casual yet caring service" and urged readers to order the custard tart, while the Standard's Jimi Famurewa was staggered by his meal there - "the relentless level of control, technique and explosive flavour was almost stupefying". If you're sticking with alfresco dining, know that the terrace here is particularly warm, covered and snug. 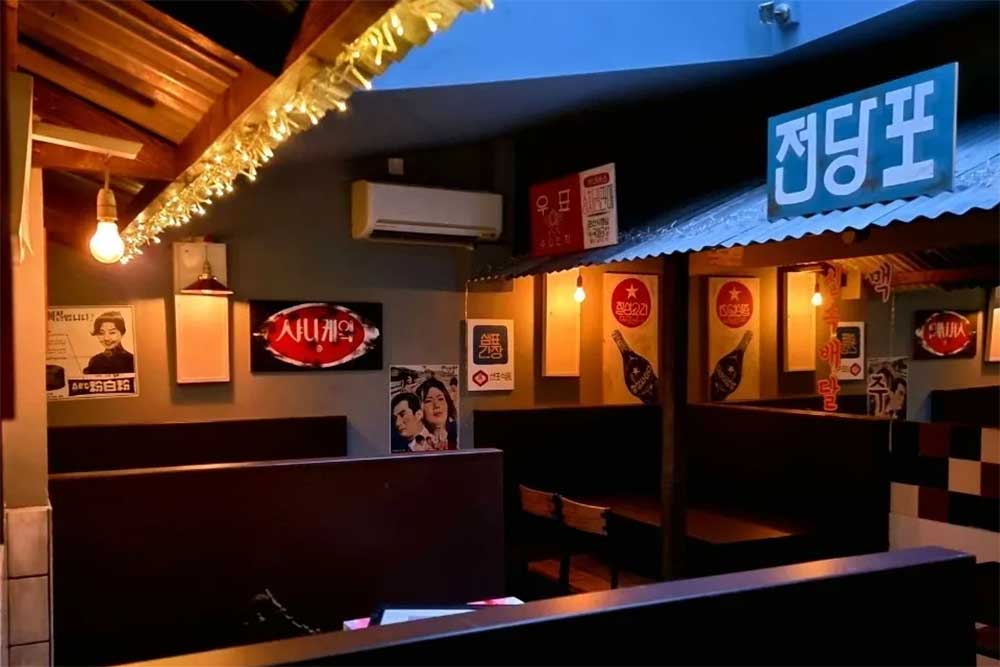 In a nutshell: Retro Korean pub in Soho

This Korean pub launched with little fanfare but has already gone on to be a big hit. It's all decked out in retro 70s style, with food including Makchang BBQ and  Hongdae chicken as well as kimchi jeon, bo ssam and tteok bok ki rice cakes - alongside plenty of highballs to drink. David Ellis in The Standard called it an absolute riot and recommends you "sink the stress of the last year with soju". 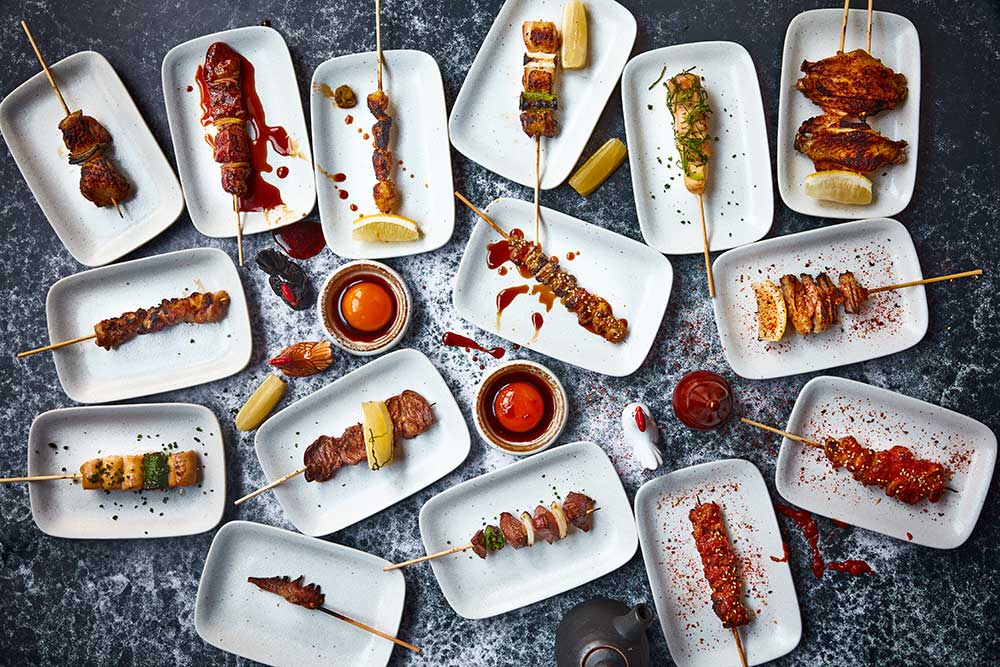 In a nutshell: Comb to tail yakitori

This is top chef Angelo Sato's solo Soho restaurant and it's about literally all of the chicken. Every bit of the chicken is put to use in the yakitori menu, so while you can play it safe and choose breast (with plum + shiso) or wing (with shichimi + lemon) you can also opt for Achilles, tail, cartilage and more. Giles Coren says "It’s beer food. Izakaya snacks. Pub grub. And bloody good." while Tim Hayward in the FT said it features "high-quality avian deconstruction." 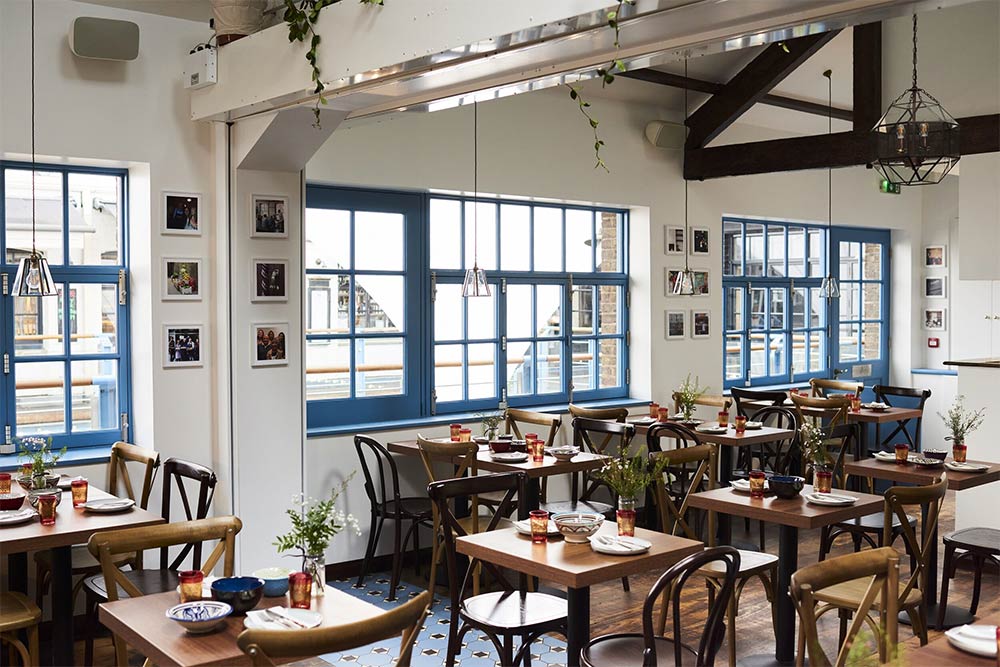 Taking over Asma Khan's old space at Kingly Court comes this hugely-anticipated permanent restaurant from another supper club chef. Imad's story is of refugee to restaurateur but his legions of fans testify to their delight in his food. Jimi Famurewa was the first reviewer and while he noted teething pains, he also praised the cooking that spoke to "abundance, simplicity and the traditions of the home". Meanwhile, Jay Rayner says the restaurant "represents all the good things." 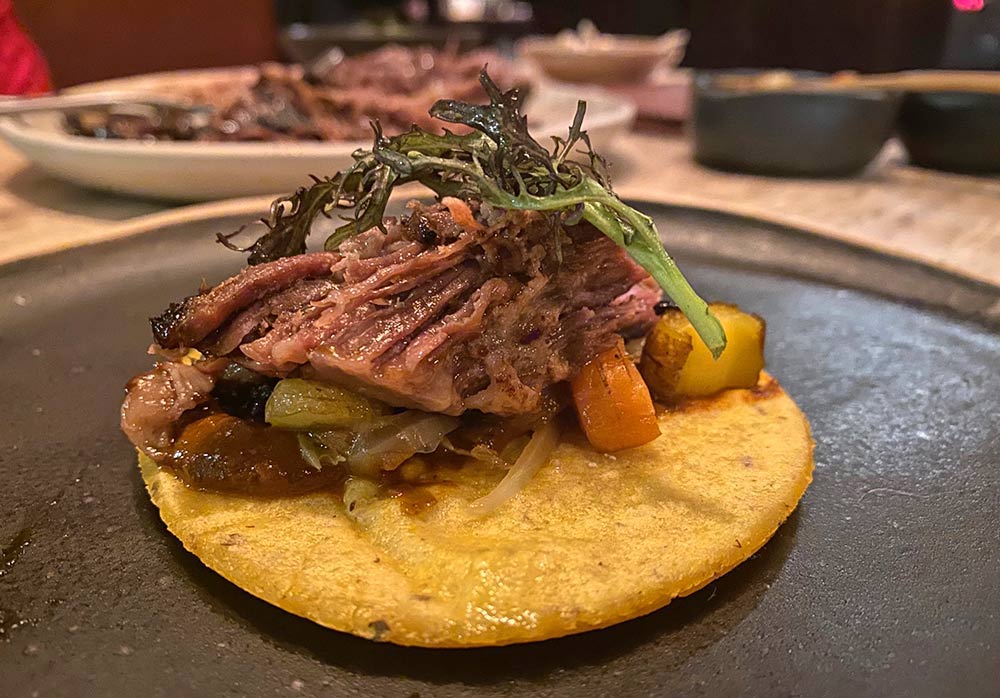 In a nutshell: High-end Mexican food

Santiago Lastra's Kol was a long-awaited opening which has proven to be very much worth the wait. Another step in the reinvigoration of Mexican food in London, this mixes Mexican cooking with ingredients that are largely sourced in the UK (and it has a great downstairs bar too). David Beckham has been in to try it out and the tables remain among the hottest in town. Giles Coren agreed with the hype - "It was a cracking restaurant." 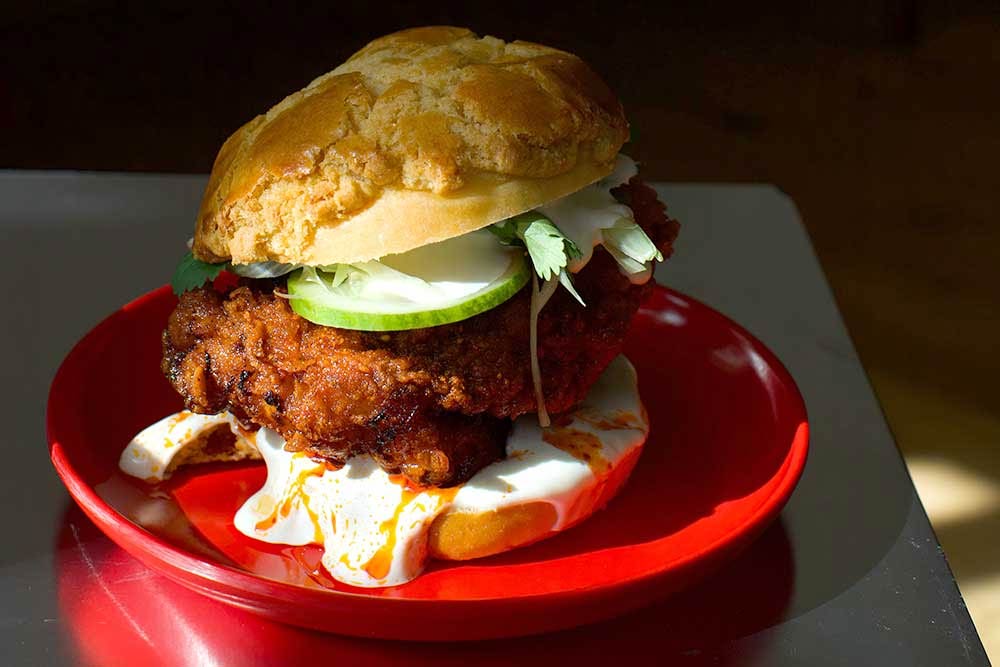 In a nutshell: Restaurant rejuvenated with a menu designed by TA TA Eatery

Working on the proviso that pretty much everything TA TA Eatery get involved with is worth knowing about, folk have already been flocking to this revamped Soho spot which had them overhauling the menu. Jay Rayner was an early reviewer, describing his meal there as "fun, reasonably priced and well-executed". 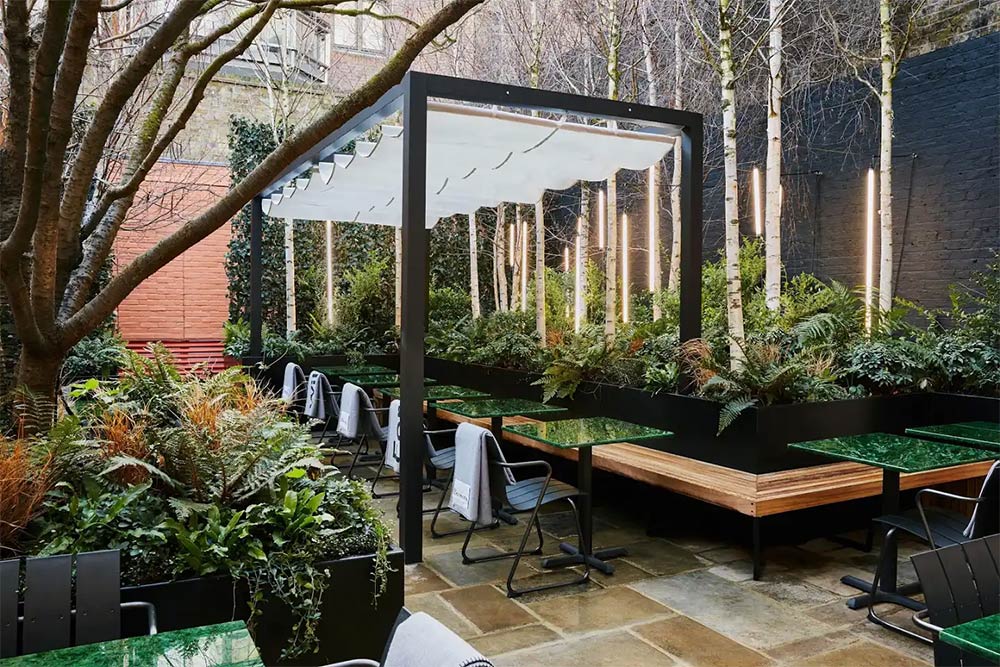 In a nutshell: Ethical dining in a Mayfair shop

It certainly didn't hurt Native that their new opening in this chic Mayfair store was in possession of a rather lovely courtyard, making it the perfect set-up for alfresco dining. Jimi Famurewa loved it called the fish fillet "the capital's most intensely enjoyable new dish" - the same conclusion Marina O'Loughlin came to, "genius, simply".

More about Native at Browns 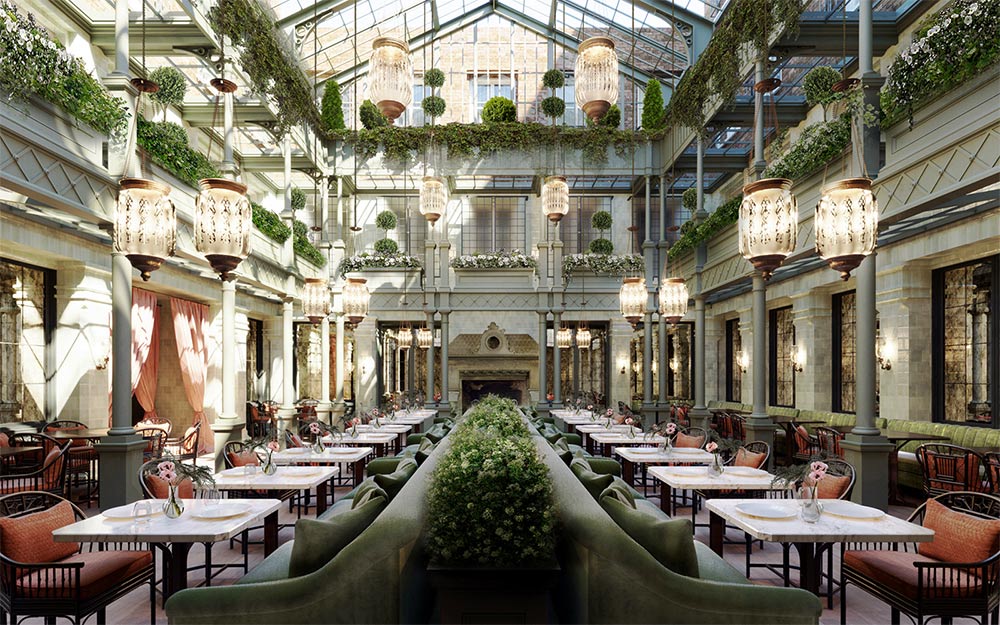 In a nutshell: US hotel hits Covent Garden

This is the first time that boutique US hotel group NoMad has expanded outside the USA and they've done it with style. Combining a world-class bar (the cocktails are truly excellent) with one of the best looking restaurants opening this year, it's already a hit. The Chicken Dinner is definitely worth a look and the bar is very welcome for an area of Covent Garden that isn't blessed with them. Jimi Famurewa in The Standard may not have been blown away by the food, but was impressed by the "mad, gilded spectacle of it". 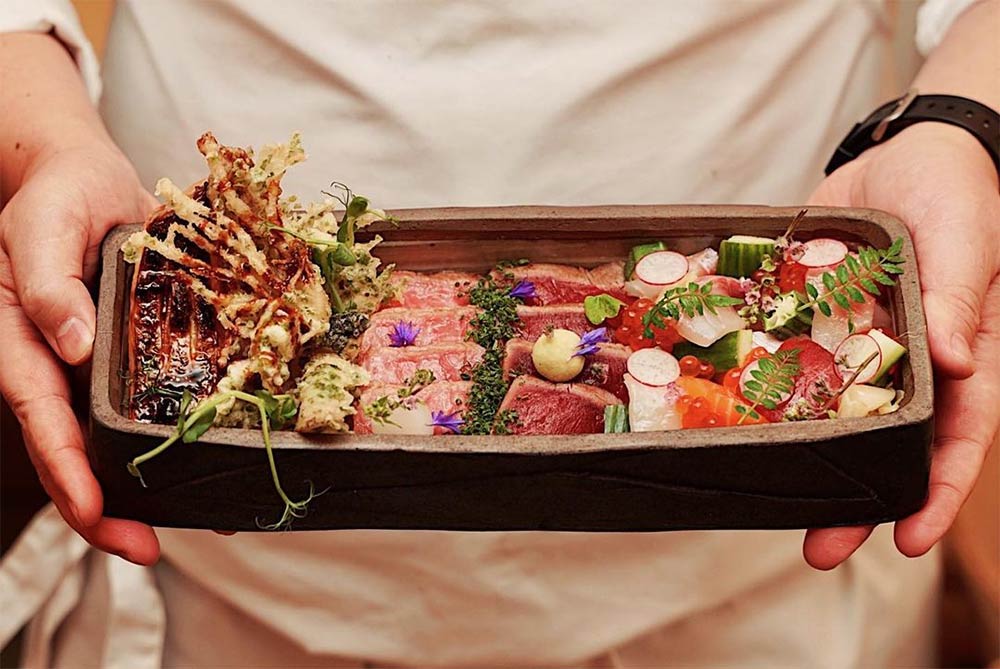 Having already opened his fabulously-reviewed Endo at the Rotunda, sushi master Endo went one further opening this new sushi bar in the heart of lockdown. Notting Hill residents were the first to enthuse about the amazing bento boxes. If you were missing top drawer sushi during the lockdowns, just looking at Sumi's Insta account might break you. It's all just so BEAUTIFUL.