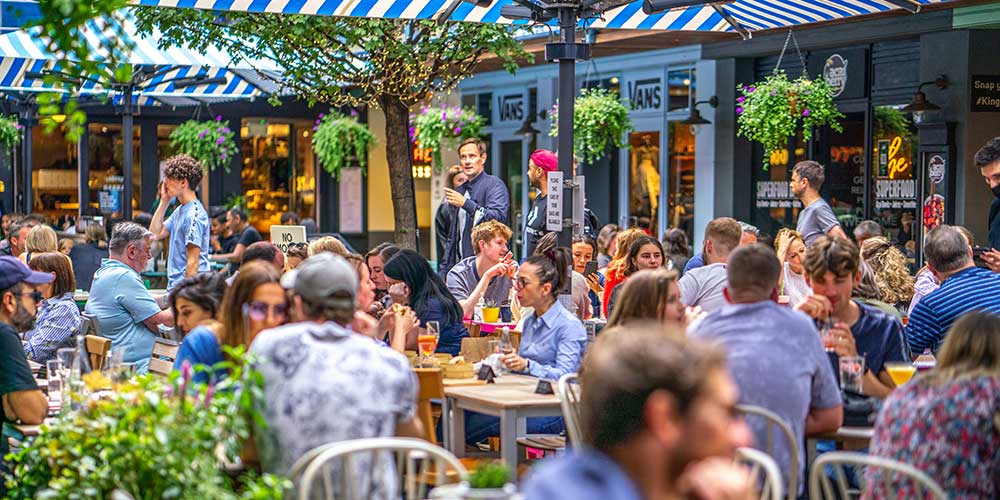 Sample the world’s best dishes without having to leave Zone 1. In London’s Carnaby there are more than 30 cuisines represented within 14 streets - more than enough to get your teeth into. You'll discover that Carnaby is home to loads of independent restaurants, one-off concepts and exciting experiences to try.

Enjoy hot new openings, alfresco dining, late-night bars and more - with much of the area pedestrianised to make it a unique place to shop and eat. 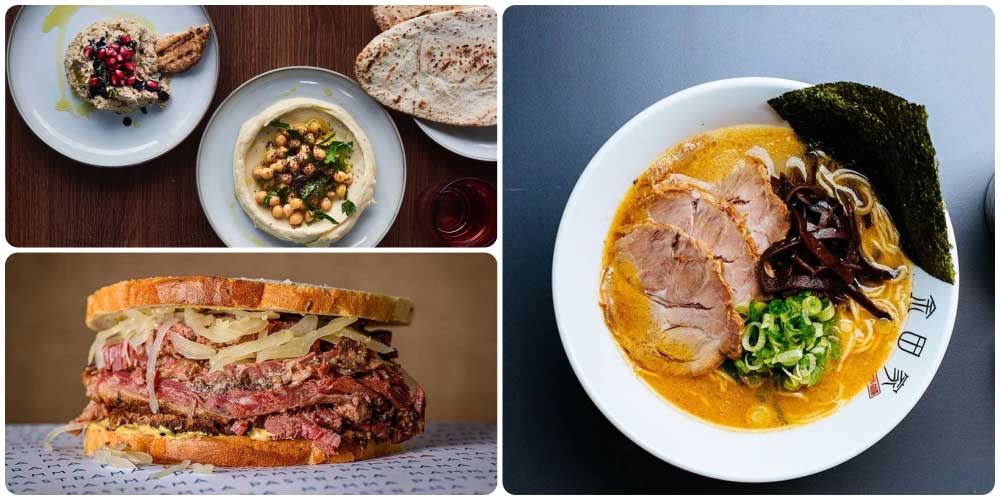 New to the neighbourhood

In addition to Carnaby’s wide range of restaurants, cafés, bars and pubs there are a host of new openings you should know about.

Around the corner on Kingly Street, you'll find Bar Crispin, an all-day natural wine bar and restaurant with a 150 strong list of wines to try.

Coming soon is Mamma Pastrama with its new cool take on the NYC classic pastrami sandwich on Ganton Street. Zahter opens on Foubert's Place this October with chef Esra Muslu serving up dishes from the Istanbul culinary scene. And November sees them joined by Kanada-Ya ramen restaurant on Foubert's Place with its amazing Japanese tonkotsu ramen. 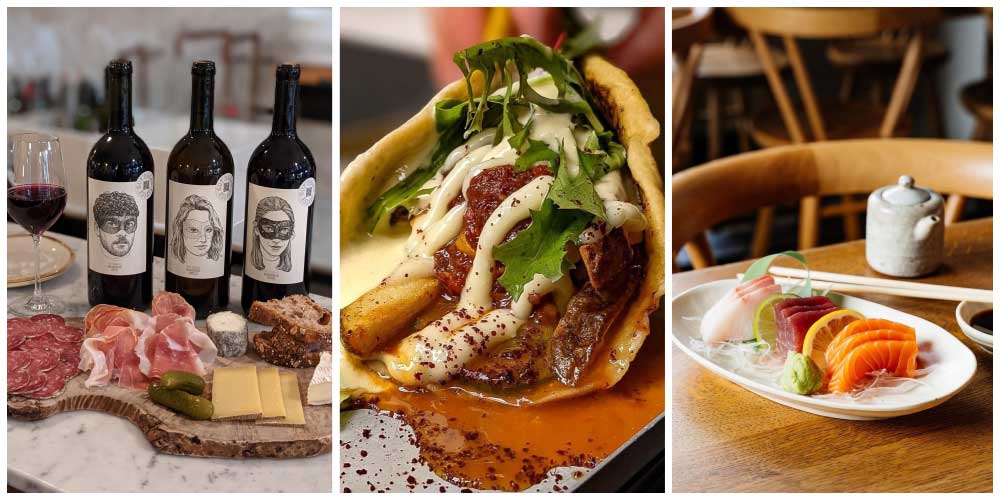 There's no need to pack a suitcase for a foodie world tour - Carnaby's many restaurants and cafés have plenty of inspiration for you here in London's West End.

Take a seat in Kingly Court's open-air courtyard and enjoy food from 15 world cuisines. Start with a taste of the Middle East at Le Bab with its modern kebabs, then skip across to Latin America with some vegan tacos from Club Mexicana. Or enjoy a taste of the Caribbean at West Indian eatery Rum Kitchen with its jerk BBQ and rum punches.

In adjoining streets, there's inventive Japanese fare at Inko Nito on Broadwick Street and Korean street food and soju cocktails at Jinjuu on Kingly Street. Feeling like a glass of wine and a bite to eat? Then head to Antidote on Newburgh Street for french charcuterie and cheese plus an exciting wine list. 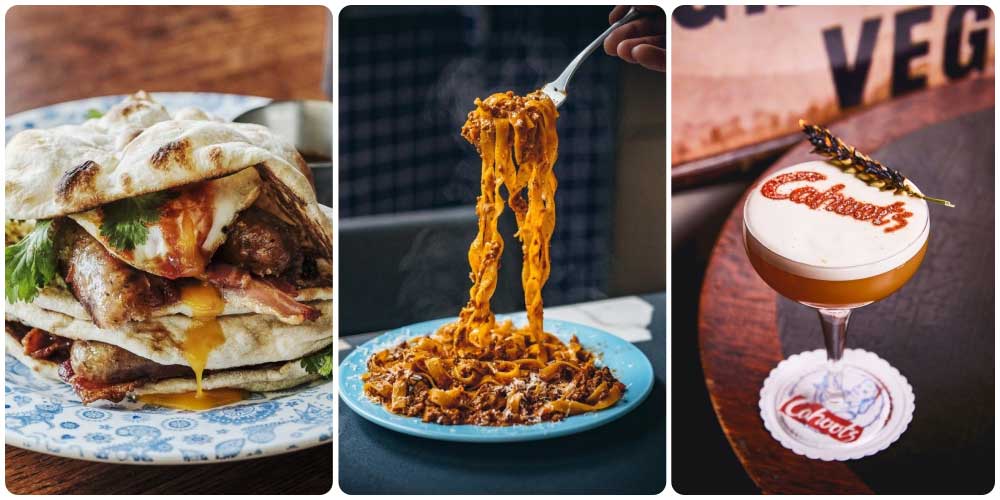 From daybreak to sundown, there’s something for everyone to enjoy in Carnaby.

Start the day with breakfast at Dishoom and try their amazing bacon or vegan naan roll. For a break from shopping, there’s always lunch at Pastaio where the fresh pasta is amazing. Enjoy a post-work pint in the 1930s Art Deco pub The White Horse before heading to dinner at Kolamba for a selection of delicious Sri Lankan dishes.

And, at the end of the day go for cocktails and swing band live music at Cahoots, the underground 1940s-style speakeasy or enjoy late-night live music at Ain't Nothin' But. 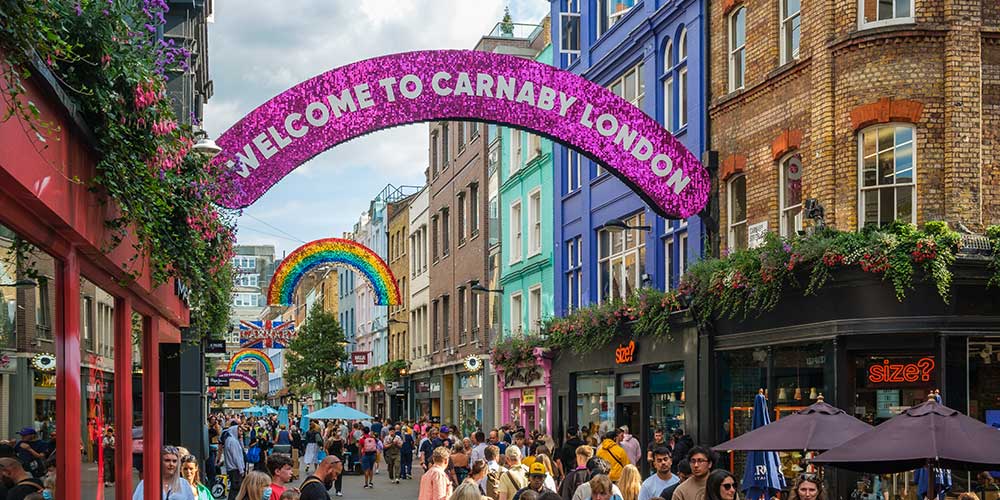 For more information about what the Carnaby area has to offer, head to their website and follow @CarnabyLondon on socials for news, events, directories and more.