Written by Catherine Hanly
Created: 27 May 2020

As anyone who’s been on a long train journey in this country knows, the tinnie is the definitive solution to travel ennui. And while we can’t drink in pubs and London’s parks are calling, the canned drink really is the answer to everything. We’ve done some digging and tasting for you to come up with a shopping list of some of the best tinned cocktails and wines in cans to stock up for this summer. 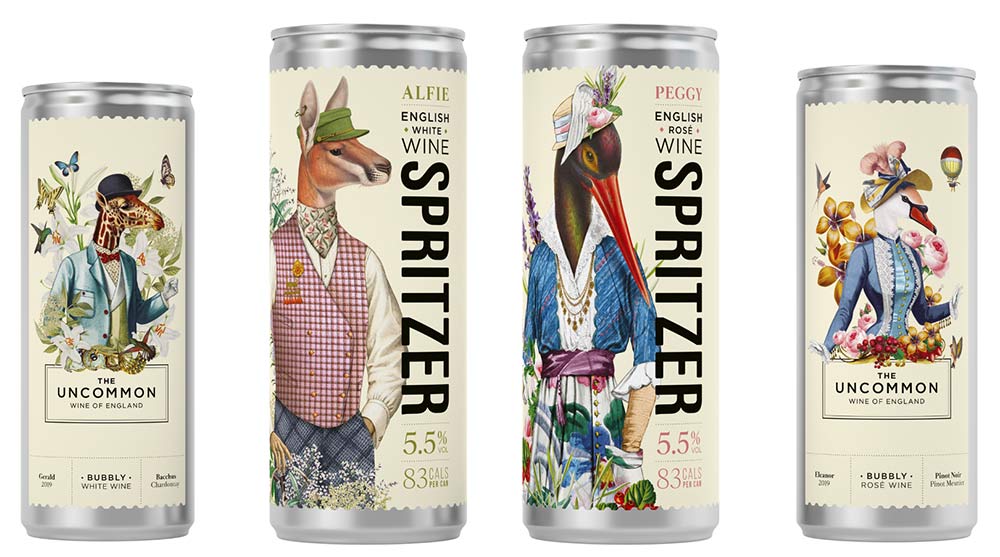 Alongside The Uncommon's sparkling English wine in a can, they've added two new spritzers this year. There's Alfie, an English White Wine Spritzer, and Peggy, an English Rosé Wine Spritzer. Peckham based, their cans are made with wine from vineyards in Surrey, Kent and Hampshire. There's also Eleanor, a 2019 Pinot Noir & Pinot Meunier Bubbly Rosé

Instore or at Waitrose 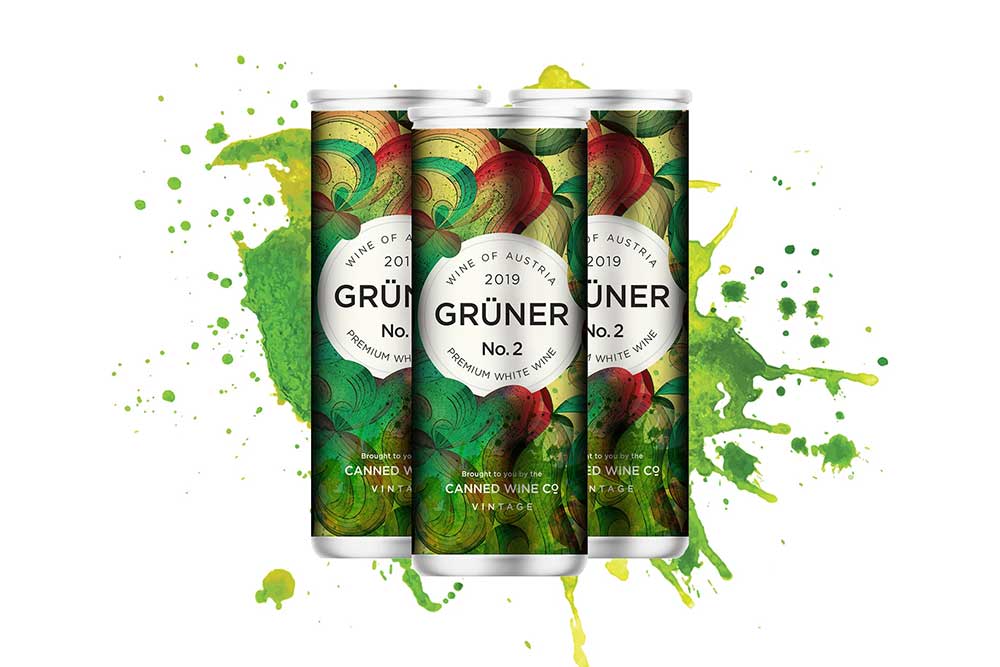 Based near Bath, this canned wine company works with independent producers and right now have just two wines to choose from. We very much want a few chilled cans of this Gruner from near Lake Neusiedl in eastern Austria the next time we’re heading to in the park. 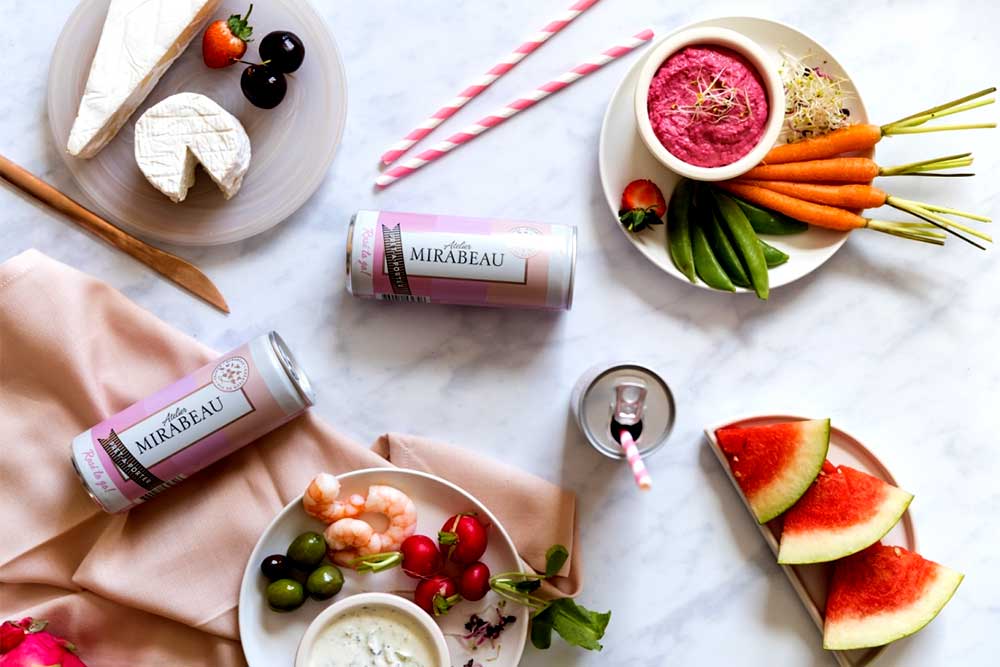 The London family behind this brand did what so many of us would love to do, jacked in their day jobs and sold up to buy a vineyard and winery in Provence. Their wines have won numerous awards and this wine in a can is a cut above other tinnie roses. 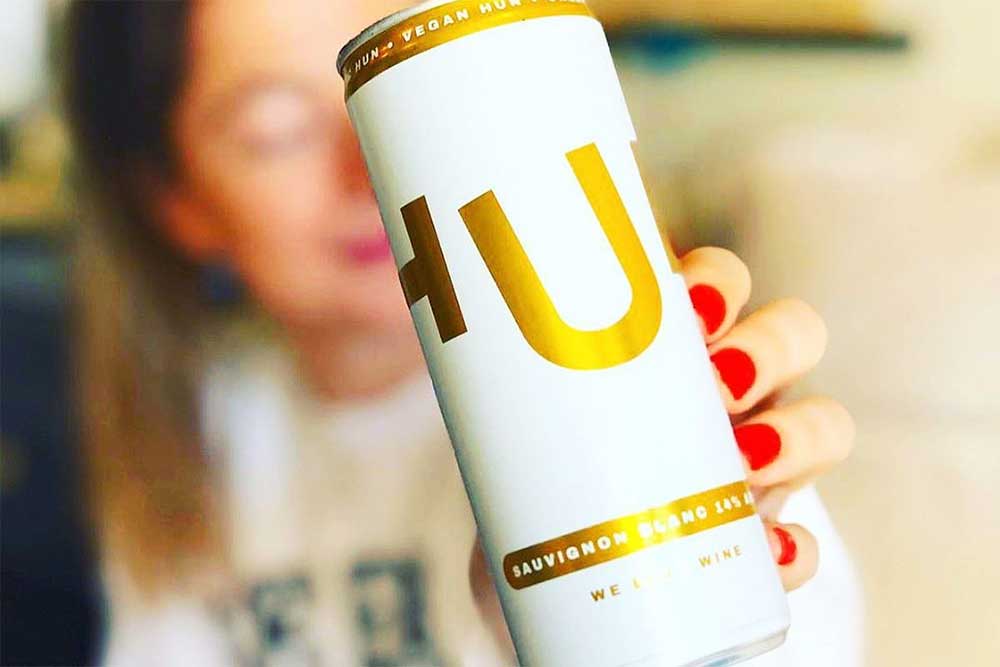 Vegan and fairtrade Sauvignon from Hun

New to Tesco this summer, Hun serve up a rose, sparkling rose and Sauvignon Blanc - and their key USP is that all their canned wines are vegan and fairtrade. The wines all come from South Africa’s Stellenbosch region. 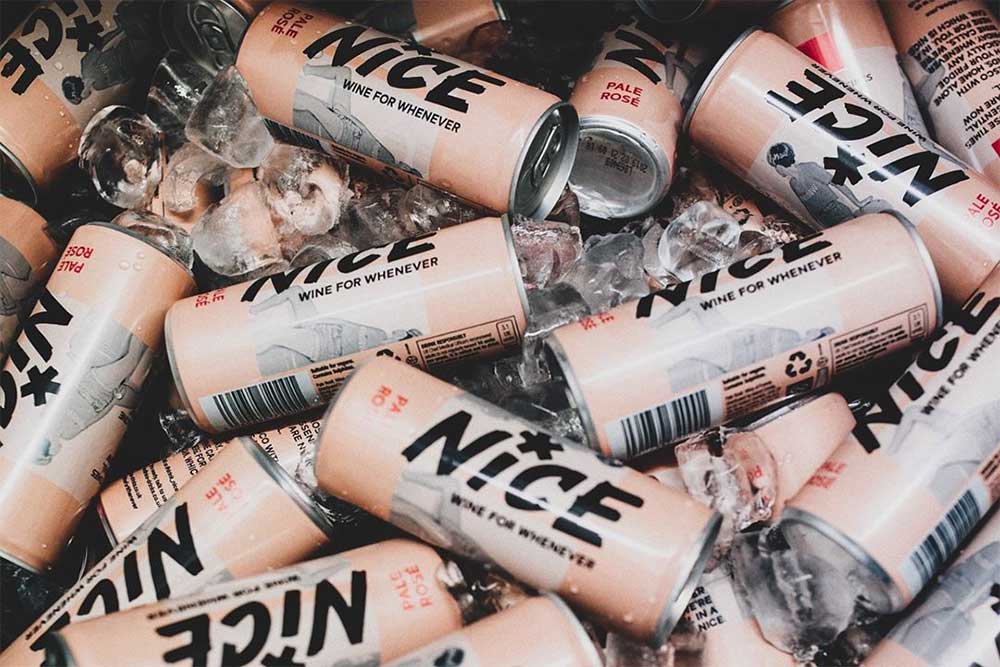 Nice Wines do a range of wines in a can - but the Nice pale rosé is the one for us - sourced from Provencal vineyards, it’s also vegan and the can is 100% recyclable, so it’s all good. Or should we say, nice? 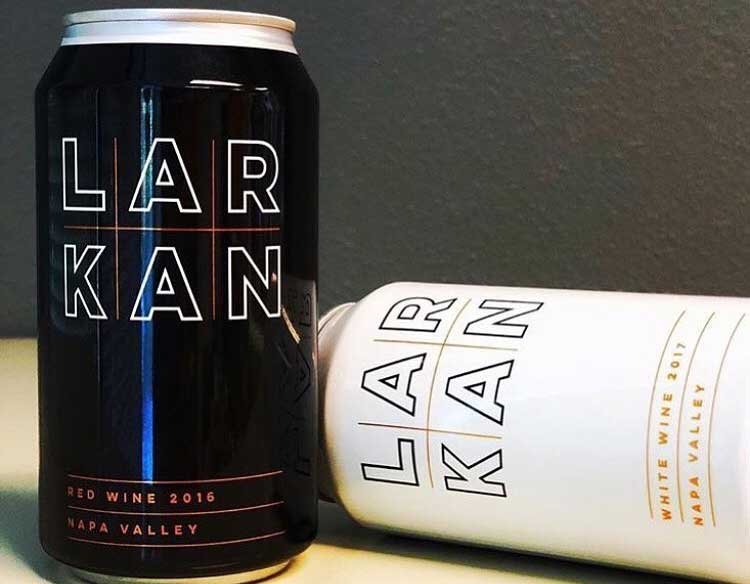 West Coast winemaker Larkin from Yountsville California came up with the idea of putting top tier wines in cans for their Larkan range so they could be taken into festivals and other outdoor events. While this won’t be the summer for that, Food & Wine magazine called the range “quite possibly the world’s best wine in a can.” So it's well worth taking to the park. 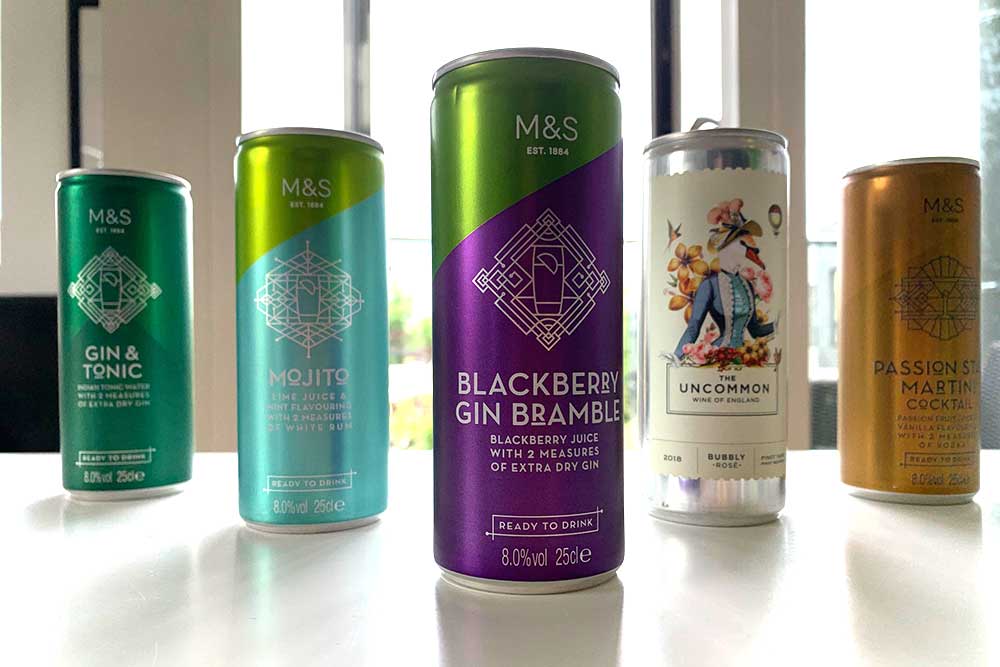 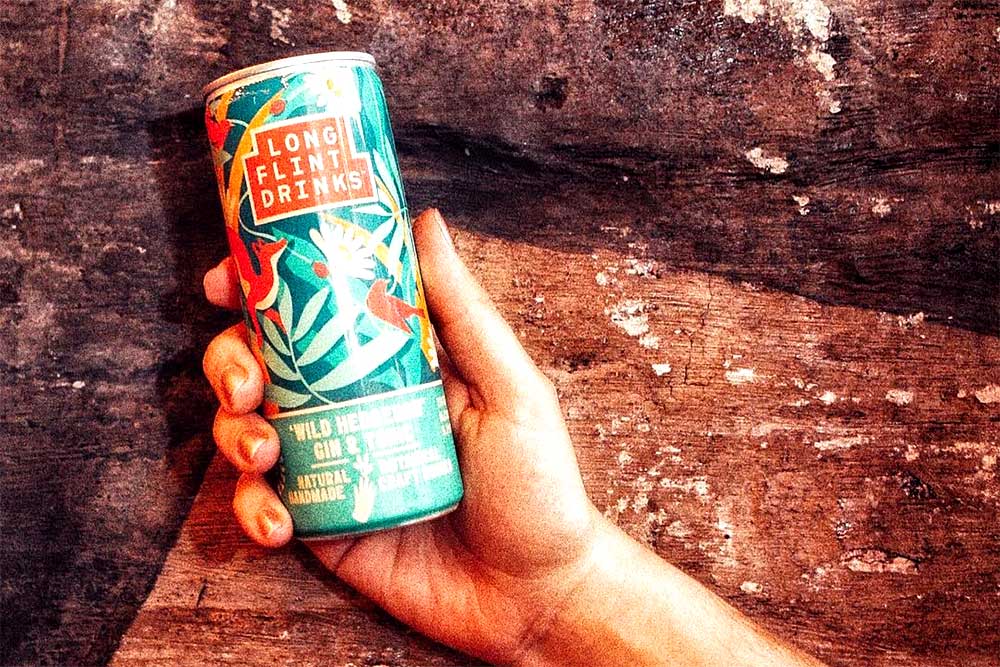 The folk behind Longflint have a craft beer background and wanted to avoid the same industrial processes when they made their tinned cocktails. From their range we particularly like the sound of their Wild Hedgerow G&T which features extracts of Chamomile, Woodruff, Hawthorn Berry and Lemon Verbena paired with East London Liquor’s Dry Gin. 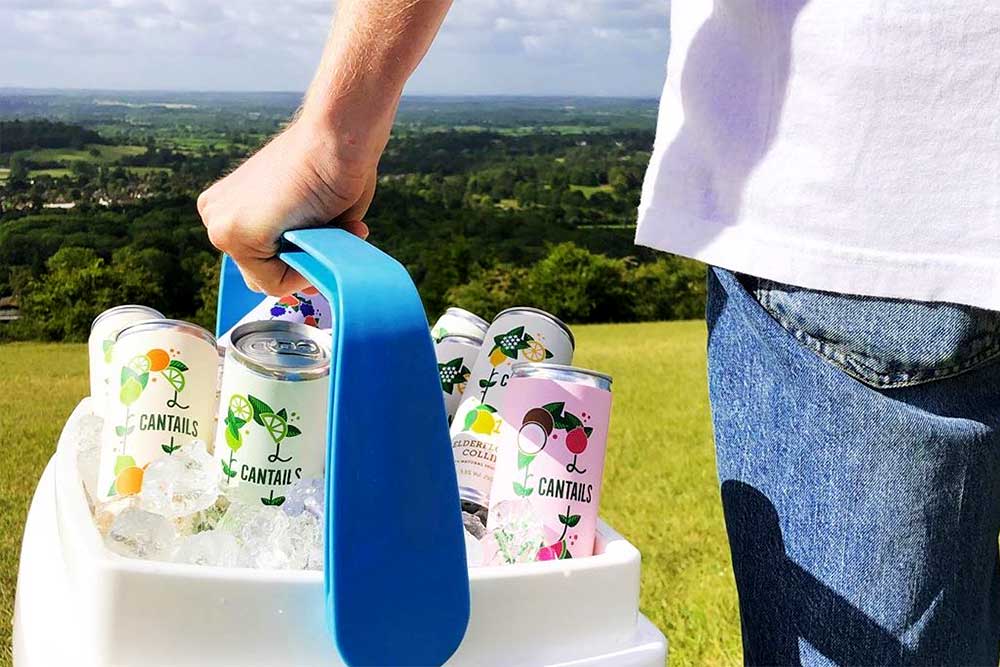 Taste of the tropics Spritz - Cantails

Brothers Myles and Kit Donneky launched Cantails wanting to sell “mixologist-standard cocktails” in tins. They have a range of eight cocktails and you can pick them up in Sainsburys and train stations across the country. We’d suggest you try their Hawaiian Spritz which is a mix of coconut, watermelon and pomegranate with white rum. 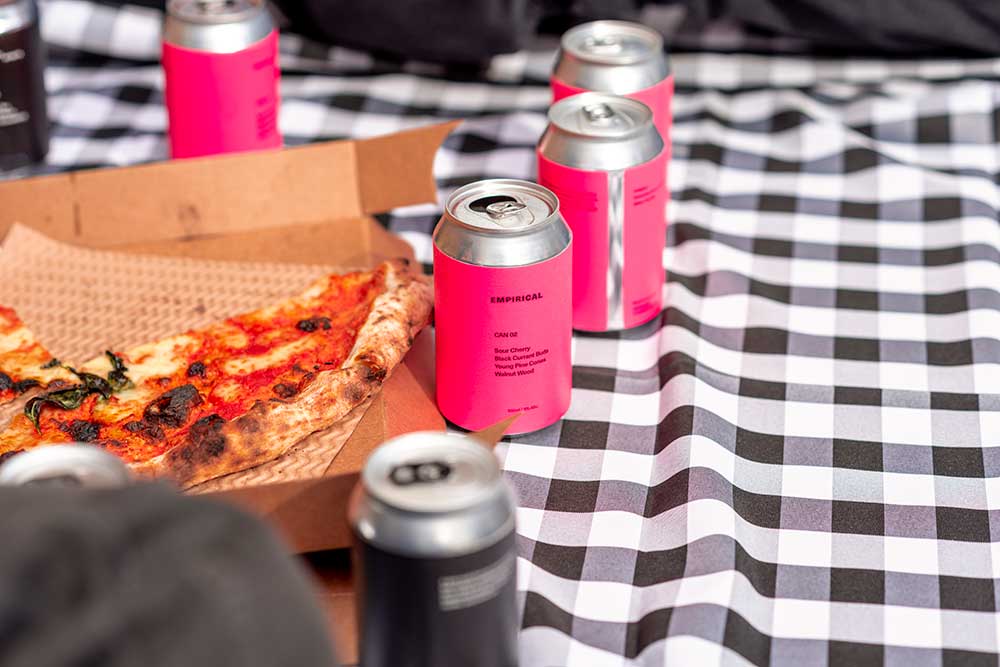 From an ex-Noma team, Empirical Spirits have a loyal following for their unusual spirits and drink combos - and as a result, it’s hard to track them down in London. Still available at Shop Cuvee when we put this together, their Can01 cocktail features Oolong tea, toasted birch and green gooseberry. 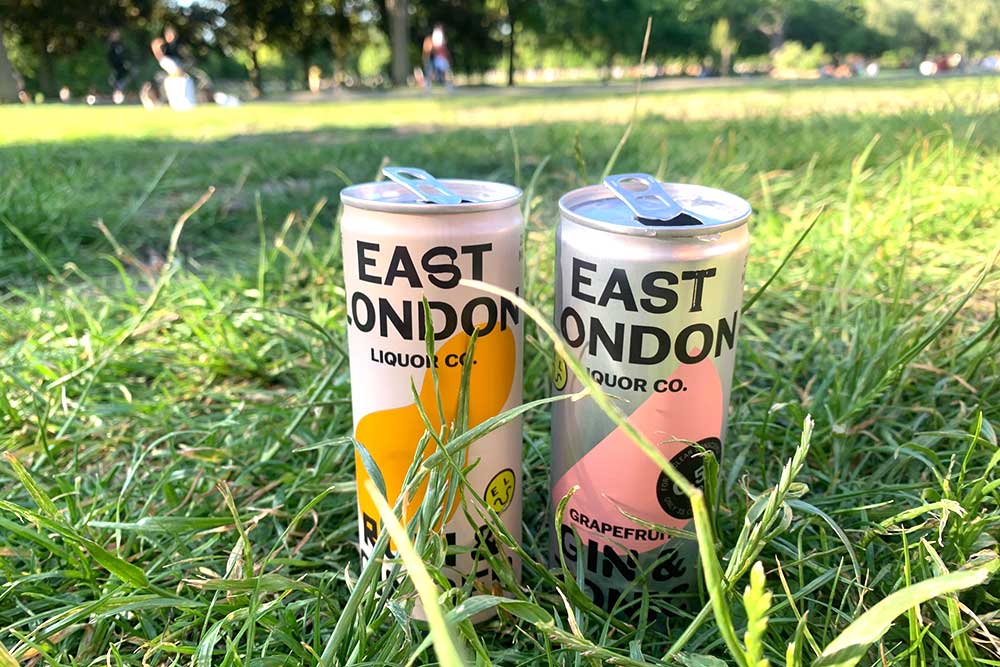 This Bow based distillery produces a variety of quaffable cocktails and spirits with mixers in cans. If you’re looking for a light buzz they do a nice low alcohol G&T (which is low-cal as well) but we’re a particular fan of their rum & ginger mix. Buy their variety pack to work out which is your favourite. 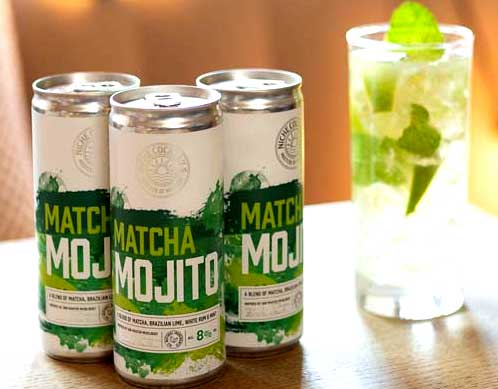 Suffolk-based Niche split their range into lowballers and highballers with a range that includes and enticing sounding Blood Orange Old Fashioned and a Manuka Honey Whisky Sour. Their Matcha Mojito is a twist on the classic, blending matcha with Brazilian lime, white rum and mint. 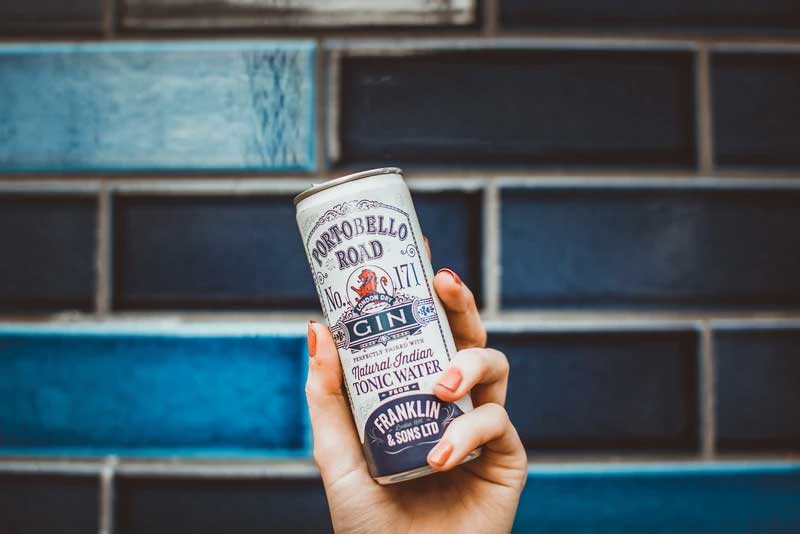 A very South East England serve this - it’s a mix of newish distillery Portobello Road’s London Dry Gin with the award-winning Franklin & Sons Natural Indian Tonic Water, which has been made in Rickmansworth since the late 19th century. 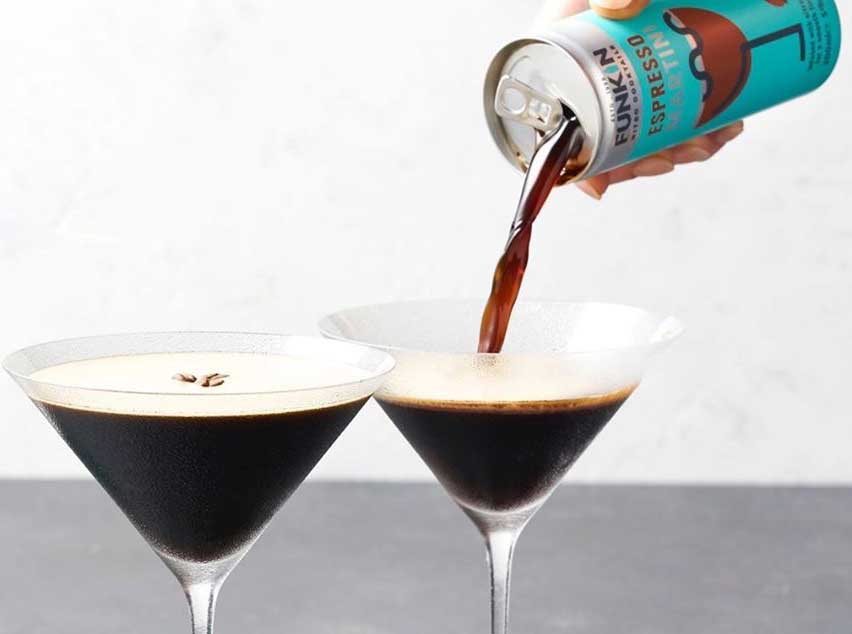 There are a fair few espresso martini cans on the market, but Funkin say that what makes theirs stand out is the nitrogen they’ve infused it with - apparently that gives the drink the smooth serve you’d get if you had brought your cocktail shaker out with you.

How much: £2 at Sainsbury's