The Mexican food scene has never been better in London - which means there are some quite amazing tacos out there. We've rounded up the best places for tacos right now. 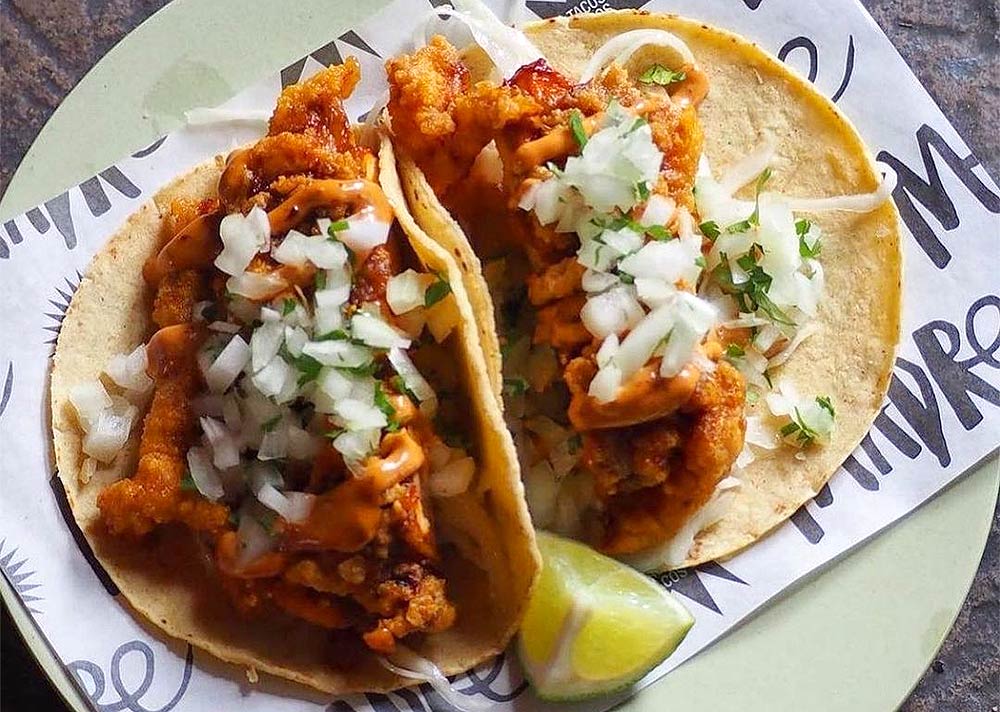 First opened in 2016, Breddos was at the forefront of London's new-wave taqueria offering. The original location in Clerkenwell is still a scene, with the masa fried chicken tacos and their Birria de Res (braised beef shin & short rib, guajillo chile, ancho chile) well worth a look. Sit at the bar if you can, sipping cocktails or something from their mezcal range. 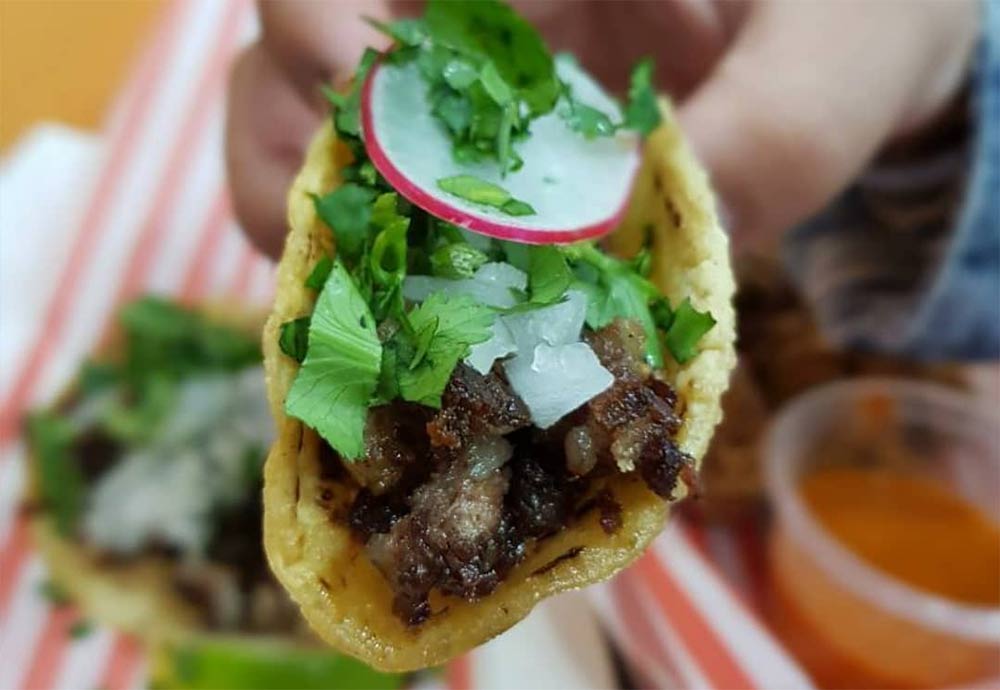 Somewhat out of nowhere, La Chingada launched to fantastic word of mouth in Surrey Quays, followed up by rave reviews. Mexico City-born chef-patron Walter Opitz was hyped up by his mates to open a restaurant off the back of the amazing food he cooked for them. They've now moved to a bigger site which also allows a proper dine-in experience and which also let them add more to the menu. Try classics like the al-pastor, but Walter's chorizo tacos should really be top of your list. 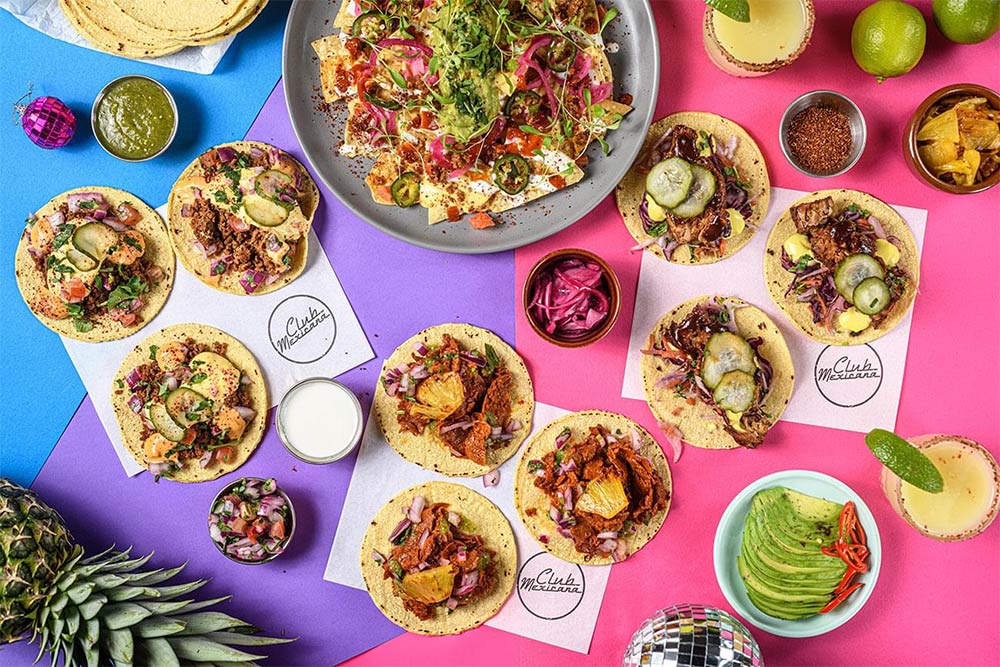 Club Mexicana is unique on this list because it's an all-vegan taqueria. Originally a street food spot, they since opened their own restaurant in Soho. They have vegan versions of taco classics, like a short-rib taco (with sticky glazed jackfruit ‘ribs’) or a beer-battered baja "to-fish" taco. 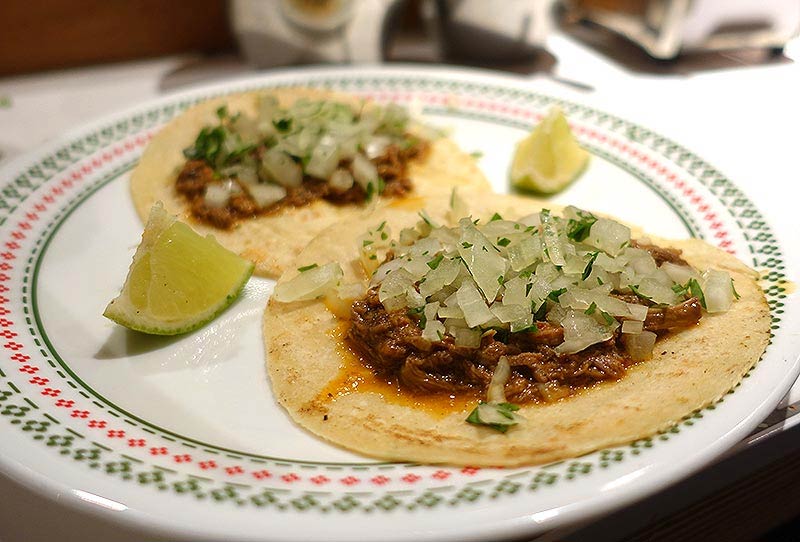 Del 74 started in Clapton before landing in their current Dalston space, launched by Jorge Felizardo who originally started Taberna Do Mercado with Nuno Mendes. Tacos to have include the Conchita Pibil (braised leg of pork, avocado, red pickled onions) while the Cauliflower Crackling makes a great vegan taco. Tostadas and quesadillas round out the menu. 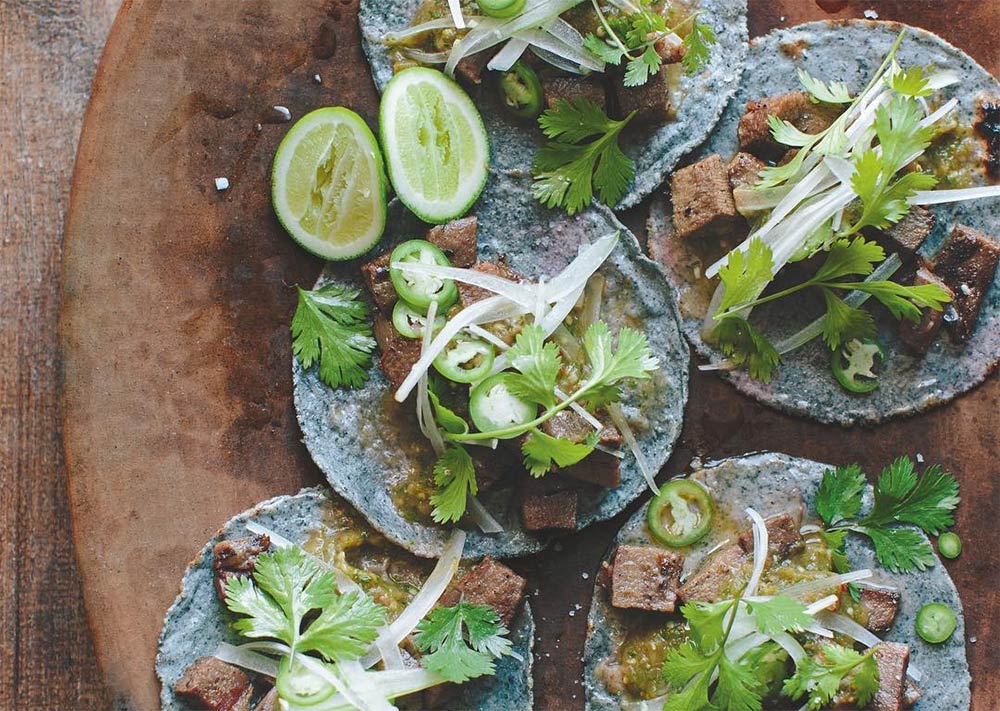 El Pastor comes from the same people who brought London great tapas with Barrafina. They have now expanded across London from the Borough Market original. The 24-hour marinated pork shoulder Pastor taco is the obvious main draw but watch out for the softshell crab taco too. The newest El Pastor in Soho also has a basement bar that's worth a visit on its own, while the King's Cross restaurant has a huge alfresco space. 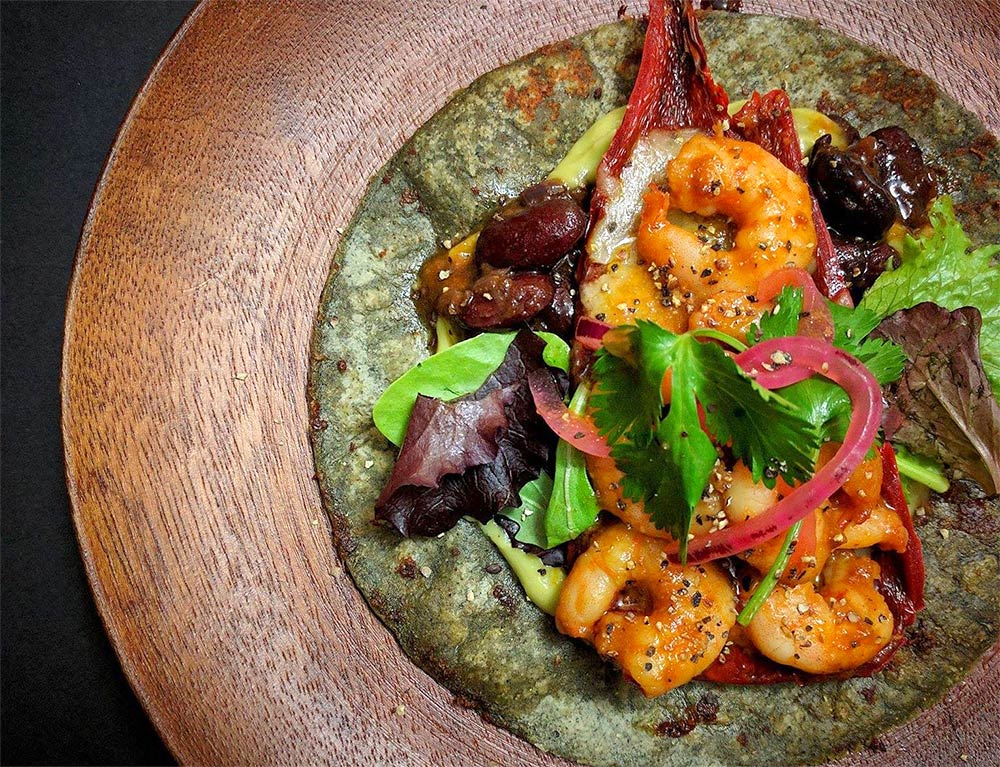 This Walthamstow taqueria is a tiny affair in the Wood Street Market, but it's been getting lots of attention. Camaron enchilado - king prawns in a chilli, garlic and tomato sauce - are well worth your attention but you should follow them on Instagram for information about their weekly specials.

More about Homies on Donkeys 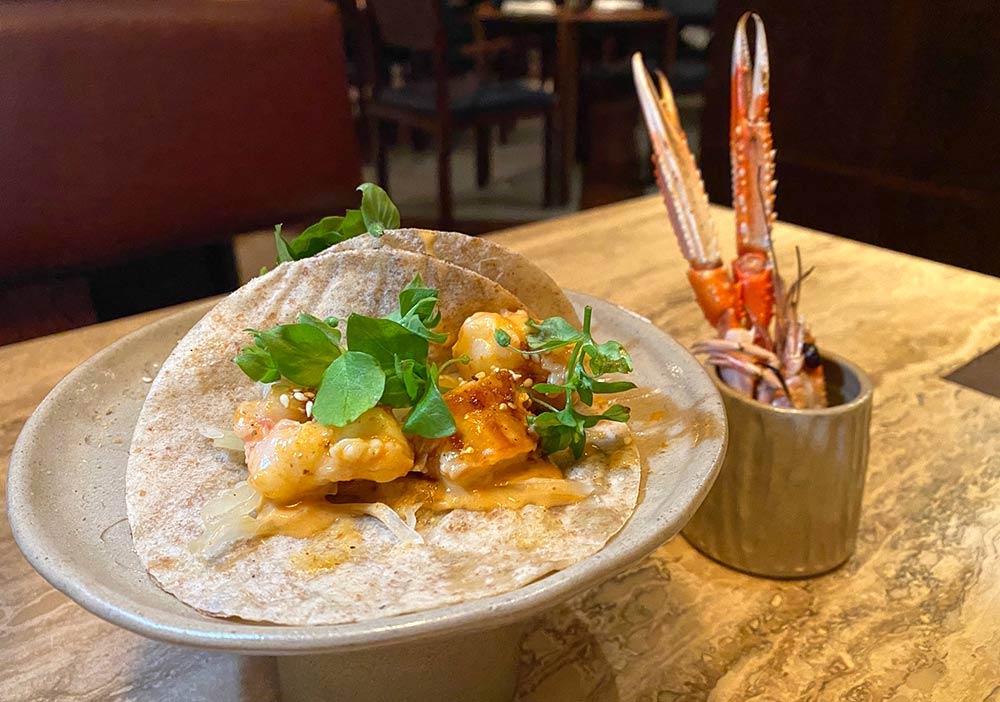 Heading towards the high-end of London's taco scene is Michelin-starred Kol, from chef Santiago Lastra. The tasting menu always features a single taco - the one on the menu now is lobster, smoked chilli and cucumber limes. They're very next-level. If the tasting menu is too much, head to their basement Mezcaleria for tostadas (including enoki mushroom, fermented gooseberries, habanero), quesadillas and more. 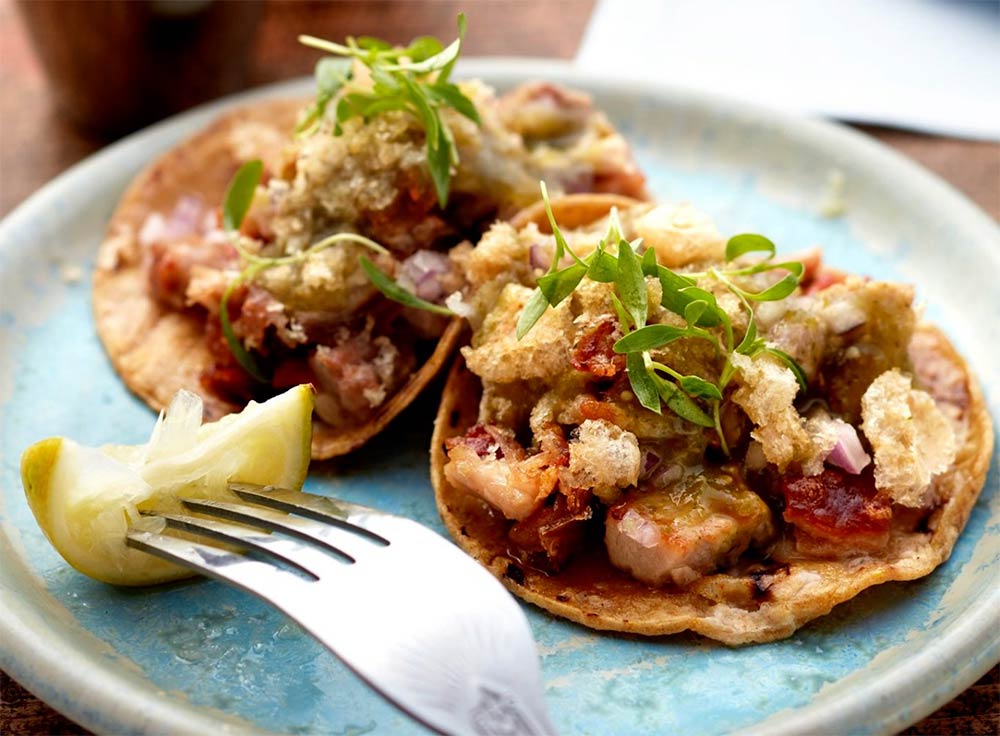 One of the best Mexican restaurants in London, its launch helped to redefine the kind of Mexican food we should aspire to here. The soft-shell taco is a deserved bestseller, but try the pork belly or chicken tinga tacos too. Stay for the sharing plates like the lamb barbacoa, and don't leave without trying many of their wonderful margaritas. Either the original restaurant or the newer Shoreditch cafe are worth a try. 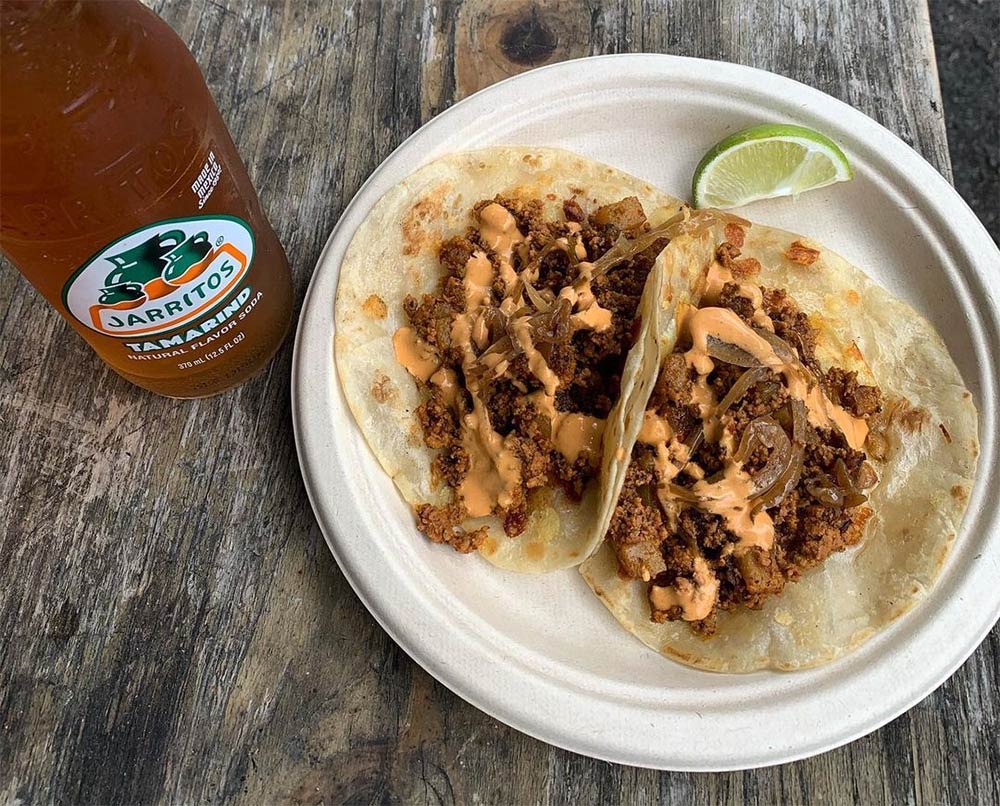 This was originally Pollo Feliz before morphing into Sonora, and with a renewed focus on pork and beef tacos. Expect tacos like beef barbecoa, carnitas, pork belly chicharrón, pulled beef and more in a menu that's always evolving. You can also add a cheese crust to any taco - and you'll want all your tacos like that once you try it. 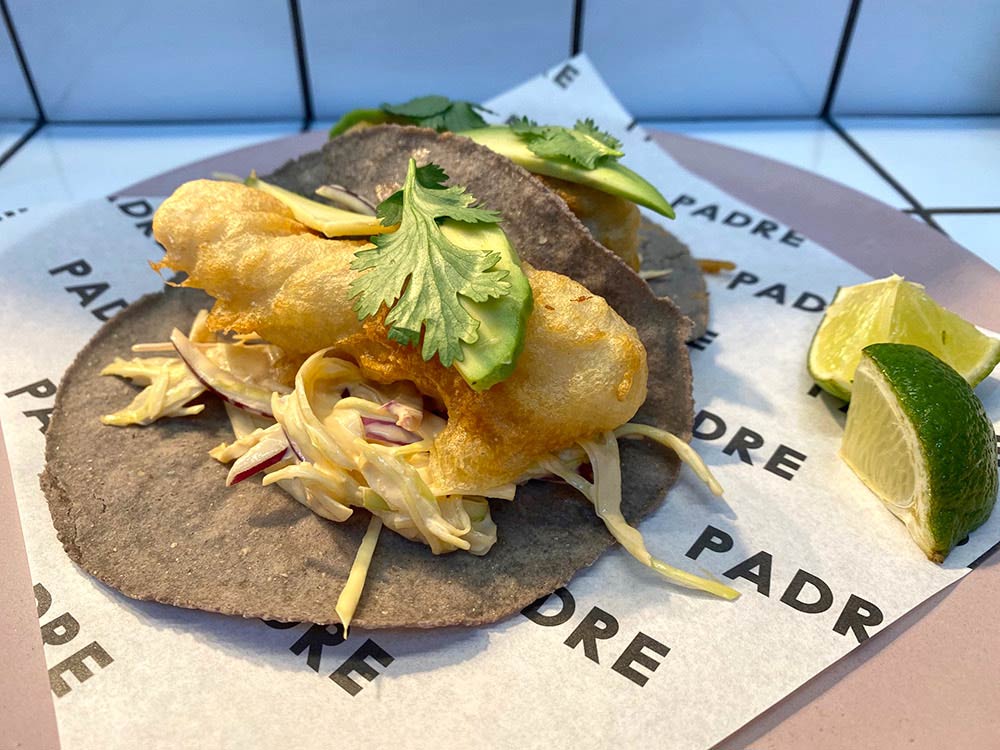 This Borough Market Kitchen stall comes from Nick Fitzgerald, previously at Breddos, Pujol in Mexico City and more. There's a shifting menu here that concentrates on tacos during the day and expands to a larger menu in the evening (with more seating in the market). Tacos include beef short-rib suadero with aged beef fat, cauliflower al pastor, lamb barbacoa and more. If the Coconut Tres Leche dessert is on, don't leave without having it. 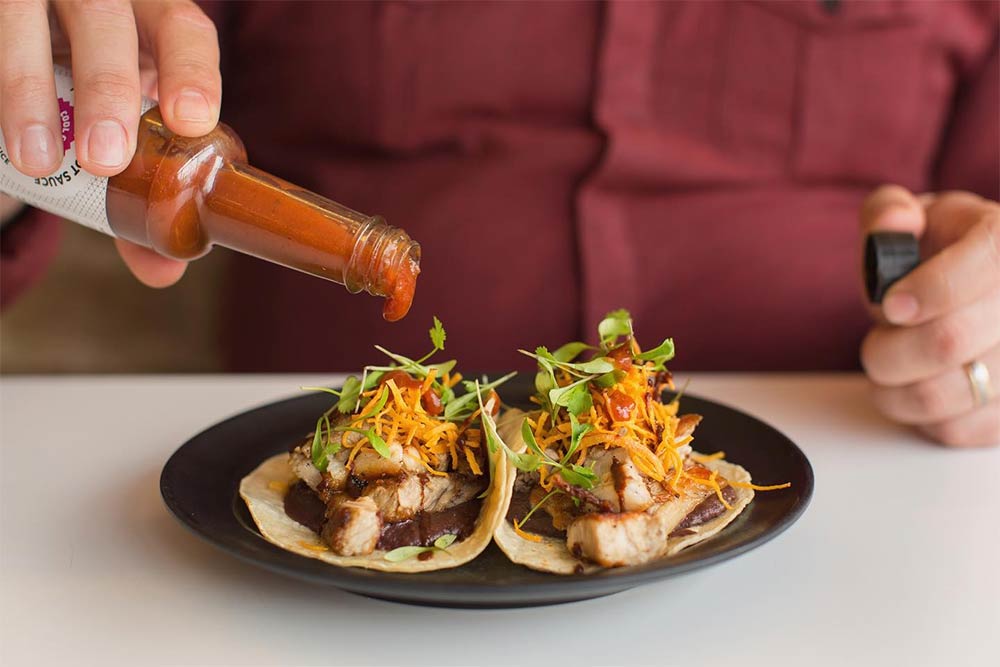 One of London's older Mexican restaurants, Taqueria has been a Notting Hill mainstay for over sixteen years. Originally a street-food stall, the quality has been there from the beginning with a huge taco menu that includes slow-roasted pork belly, browned cheese rolled around chorizo, fried plantain, aubergine & halloumi.

Hacha (Dalston) - Primarily a bar that specialises in tequila and mezcal cocktails, there's a small menu to go alongside, with recent tacos including sweet potato cooked with Guajillo chilli.

Tigre Tacos (Clerkenwell, Stoke Newington) - Originally street food, they now have a residency in The Gunmakers. Watch out for the camarones tacos, made with grilled king prawns, habanero and roasted pineapple salsa. 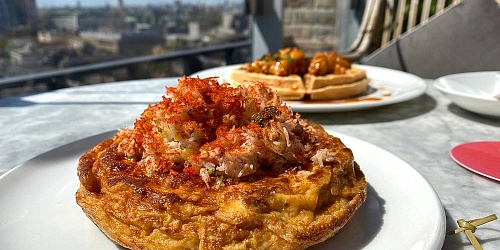