Sometimes there really is little better in life than a great sandwich. And, if you know where to look, London has some of the very best examples of putting wonderful things between two slices of bread. Let us guide you to sandwich nirvana. 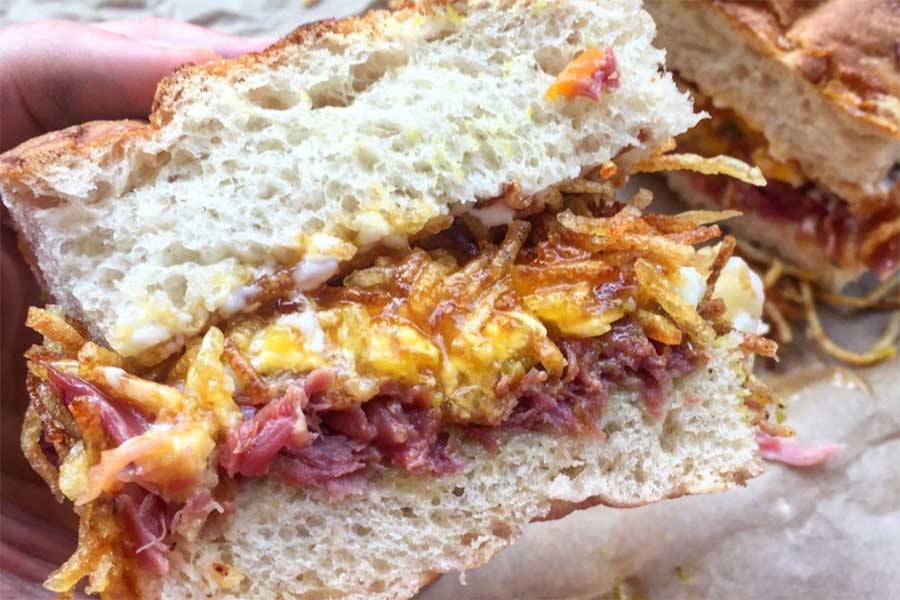 Not since John Montagu, 4th Earl of Sandwich came up with an innovative snack to keep any time he spent away from the gaming tables to a minimum, has one man made such a contribution to London’s sandwich game. Through his Crouch Hill restaurant, Max Halley has turned the sandwich into an art form - all without losing his sense of humour.

We’ve pretty much worked our way through most of his repertoire (although he’s always putting new sandwiches on the menu) but we keep coming back to the Ham egg ‘n’ chips - that winning mix of slow-cooked ham hock with shoestring fries and a fried egg served up with piccalilli malt vinegar and mustard mayo. 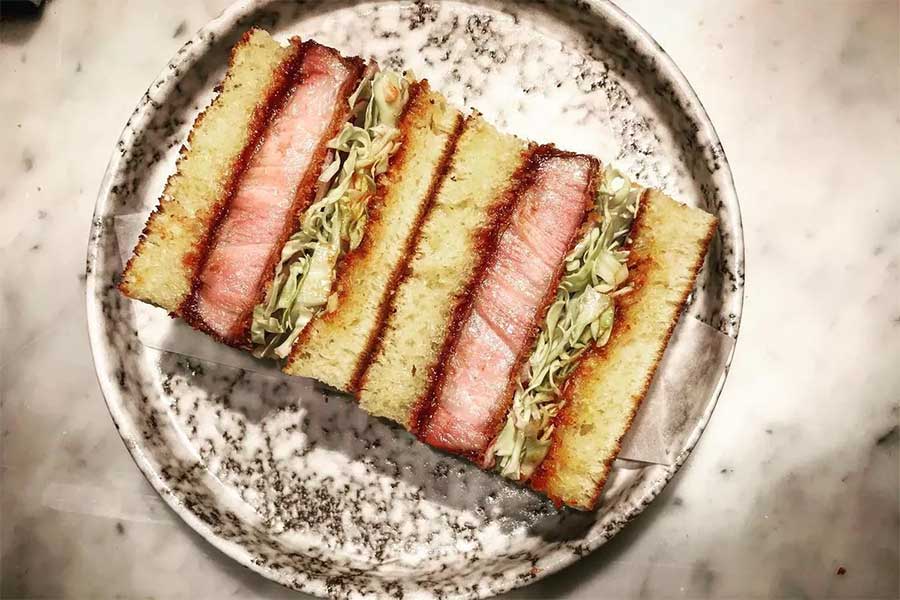 London went a bit batshit crazy for this sando when it first came out. Mind you, given its combination of toasted brioche, slow-cooked panko crusted deep fried Iberian pork neck, shredded cabbage and raspberry brown sauce, who could blame them? The good news is it’s going on the permanent menu at this new Old Street cocktail bar.

More about Tayer and Elementary 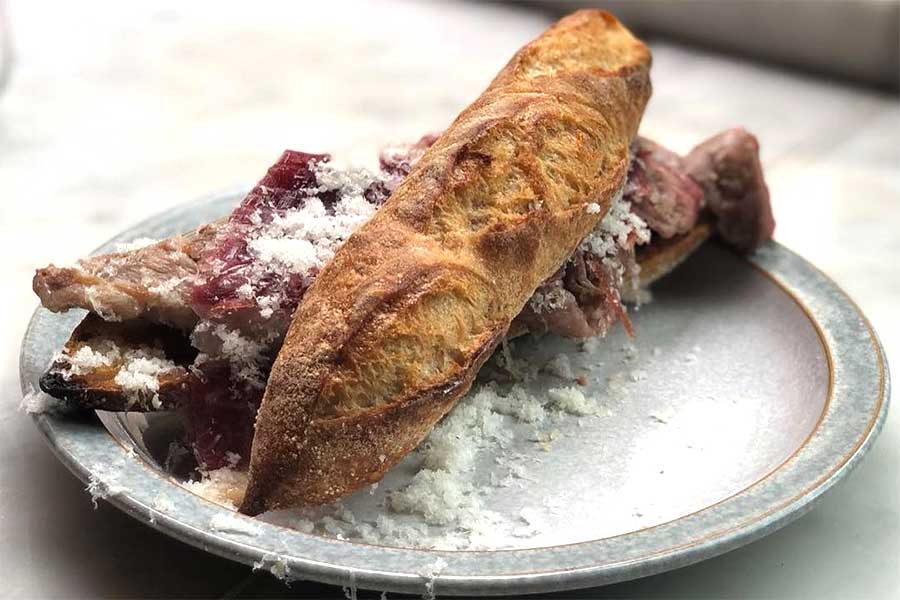 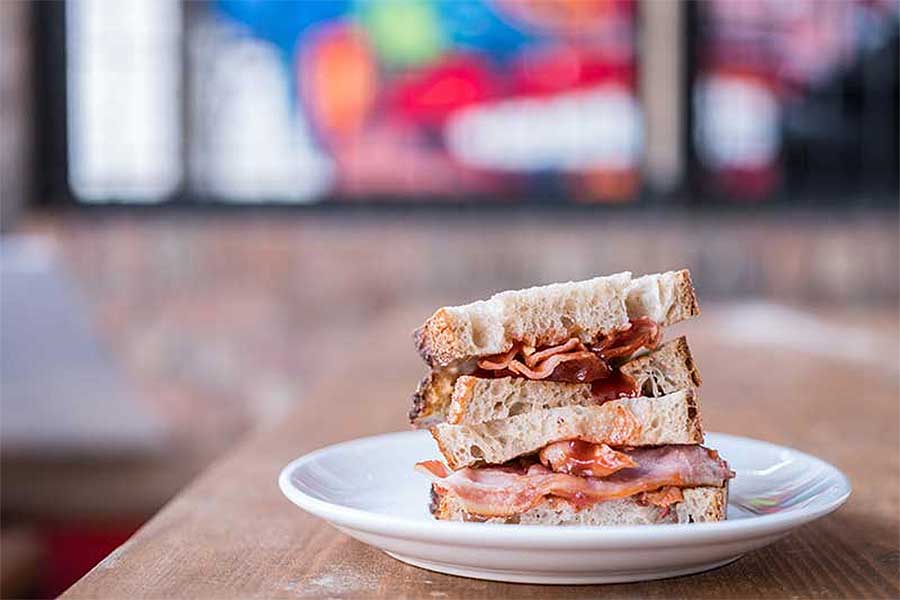 Finding anything in London that brings you joy for a fiver or under is an achievement in itself, but this wonderful breakfast special at the Dusty Knuckle bakery, hidden down a backstreet in Dalston does just that. The bacon’s great, of course, but we’re very much in love with their potato sourdough bread which is what makes this so special. 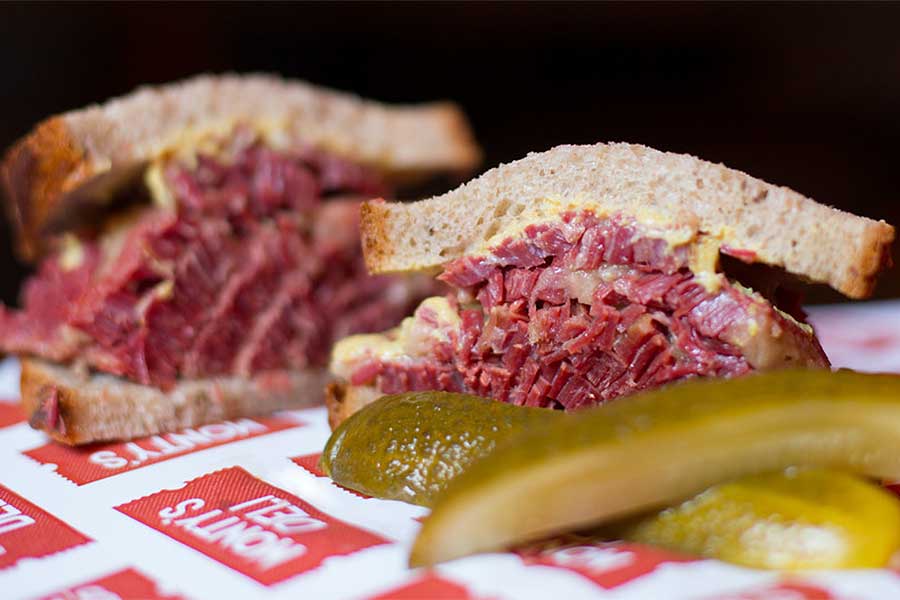 If you're making the trip to Monty's Deli for their Reuben you may as well upgrade to the Reuben Special featuring pastrami AND salt beef along with the perfect combination of swiss cheese, mustard, russian dressing, sauerkraut all on toasted light rye. 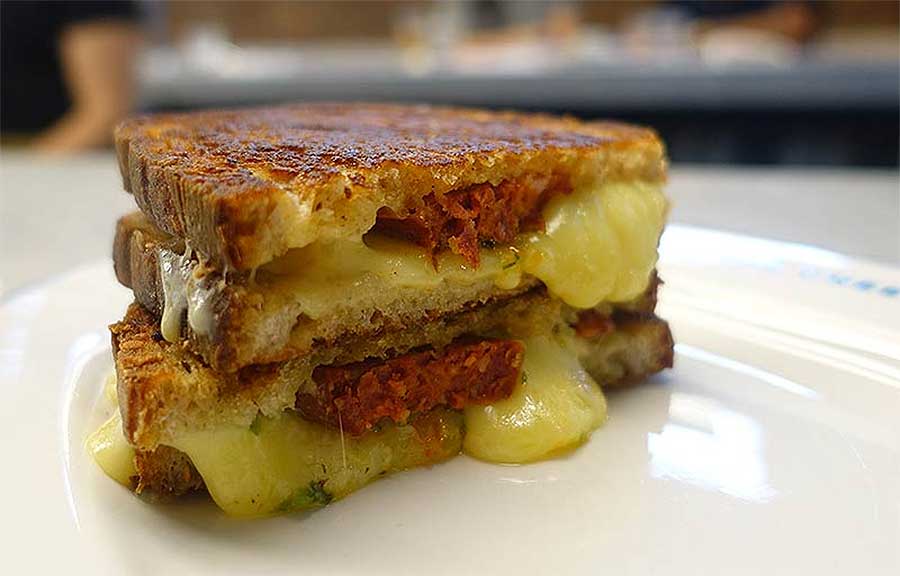 A toasted cheese sandwich is a glorious thing and there’s no doubt that Kappacasein at Borough is the grandaddy of those we now enjoy in London, but here at Hot Dinners, we reserve our No 1 slot for The Cheese Truck and their more outre combos. And if you have trouble tracking down the truck - then head to The Cheese Bar in Camden for more toasted cheese goodness.

More about The Cheese Truck 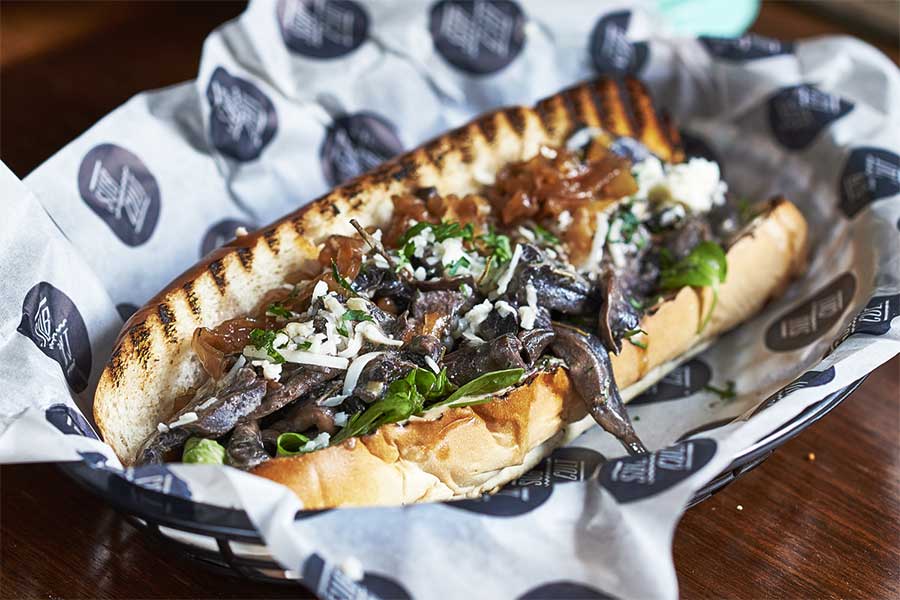 As the name suggests, Sub Cult specialise in subs and they do that very well, having won numerous awards. Their veggie Subterranean sub features Portobello mushrooms, truffle mayonnaise, stilton, roast garlic and thyme and is hands-down one of the best vegetarian sandwiches in London. Look out for their new City spot opening this summer where they’re planning to take on the Cuban sandwich with their Subano.

They're opening a permanent site in June, and their van roams London in the meantime - so check their site for details. 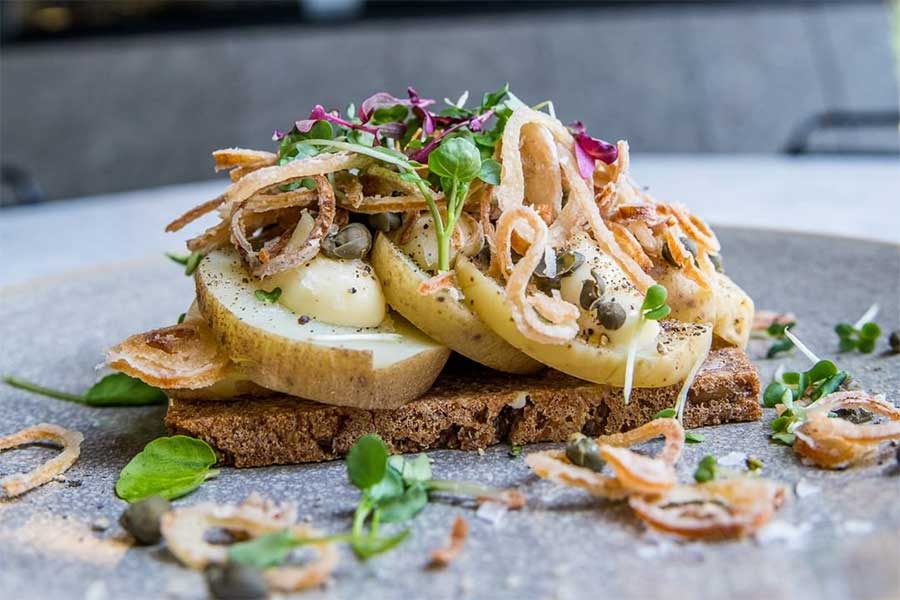 There are those that would say this is missing a crucial second slice of bread before it can be truly classified as a sandwich. But we’re happy to welcome the open sandwich or smorrebrod at Ekte to our best of list and this veggie special of sliced potato, smoked mayonnaise, capers and crisp-fried onions at Ekte is the business. 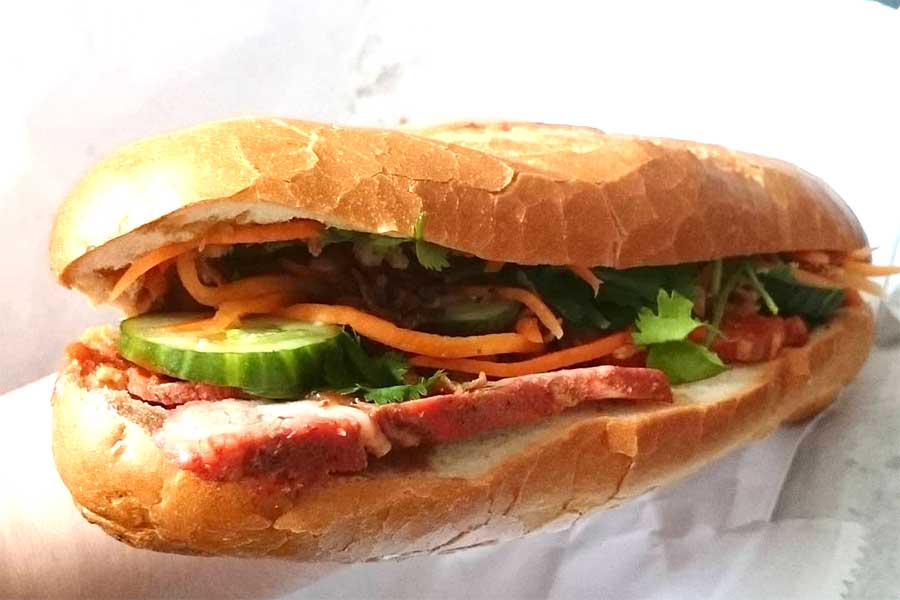 If you’re searching for that unbeatable Vietnamese mix of brittle baguette crunch with pork char siu and crispy pickles, then you need to head east. Opt for the classic at this Hackney establishment, with their cold cut pork roll and pork char siu. 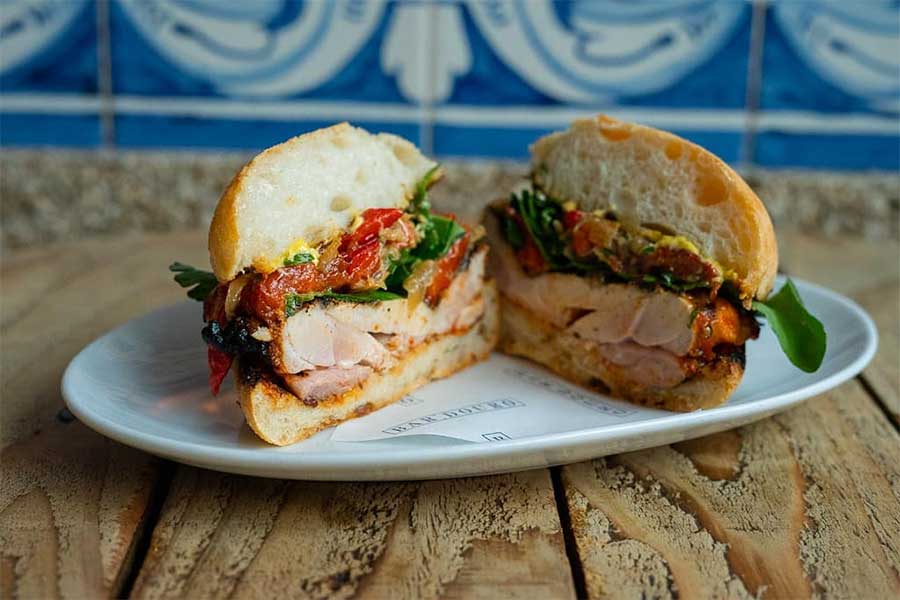