Best of 2015 - the Hot Dinners dining and restaurant awards

The past twelve months have seen more than 250 restaurants of note open in London, but which of those made a lasting impression? It's time to find out... 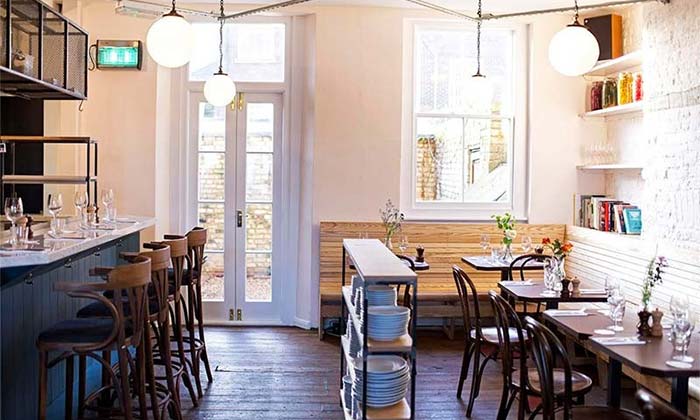 The inexorable rise in rents in places like Shoreditch and Dalston means that independent restaurants are heading north - a move which is proving to be good news for anyone living in N16. It kicked off with Foxlow which opened its doors in April but properly came to a head over the past month or so with the launching in quick succession of The Good Egg, Escocesa, Haunt, Rubedo, Fox and Pie and The Stoke Newington Tea House all of which opened their doors within weeks of each other.

This area north of Marble Arch has come a long way in the past year or two with a collection of very good restaurants in an extremely small area, all within about a minute of each other. It boasts The Lockhart (which revamped its bar this year), Donostia and Vinoteca - and this year added Lurra and Bernardi's. Plus there's a new Zetter Townhouse round the corner - so you're pretty much set for everything here. 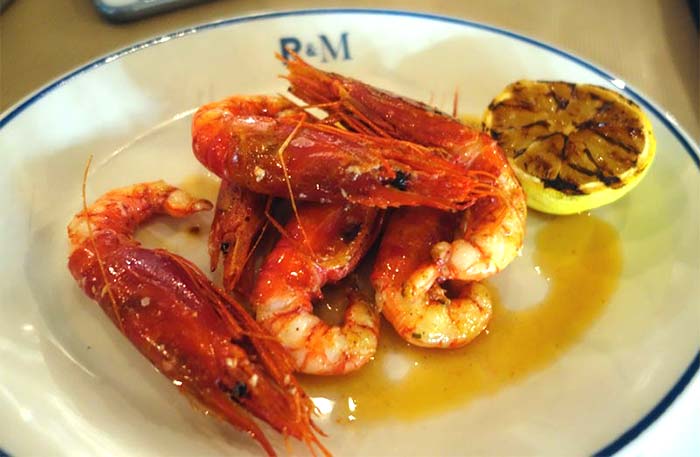 To say we were gutted when we heard that Rex & Mariano was closing its doors is an understatement, quite frankly. This first foray into a solely seafood spot from the folks behind Goodman and Burger & Lobster had a lot of fans, but sadly that wasn't enough to pay the Soho rents. On the upside, the famous Sicilian red prawns survived to make it on to the menu of Rex's replacement, Zelman Meats but we're quietly hopeful that R&M will reopen as a neighbourhood restaurant (hopefully OUR neighbourhood) sometime soon.

Read our Test Drive of Rex and Mariano

Most London diners have been to a Stockpot at least once in their life - but the Soho stalwart finally closed its doors this month. But, if we're being honest, we hadn't been to the old place in ages and are much more likely to go to the Patty & Bun that's replacing it. Sad but true. 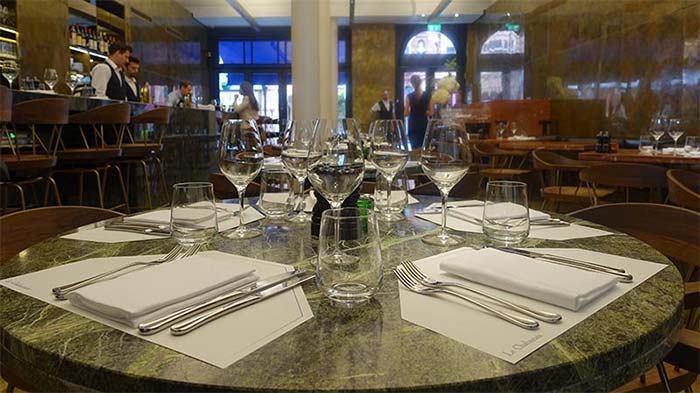 In recent years, London has been a magnet for overseas restaurants and chefs wanting to set up an outpost in the city. However for every successful launch - Bar Boulud, Cut, Sushisamba - there are those restaurants who land with a more of a thump and Le Chabanais was definitely one of those. Lauded as the potential second coming based on the chef's Paris restaurant, Le Chateaubriand, a LONG opening phase was followed by a month's trading before they shut up shop, the chef returned home (there's now a new restaurant 8 Mount Street in it place). A lesson learned then - no matter how successful your previous restaurants are, succeeding in London in never a sure thing. 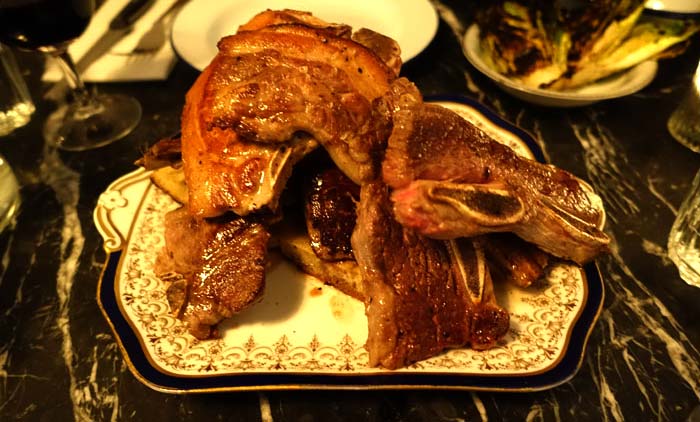 Blacklock has been one of those restaurants that's been plastered all over Twitter and Instagram ever since it opened. And it's no surprise really - their combination of fantastic "skinny chops" which drip down onto the wonderful bread below combined with - actually decent - cocktails for a fiver make this a restaurant worth returning to. And by all accounts, their Sunday lunch is one of the best new things to hit London this year.

Read our Test Drive of Blacklock

A local to Hot Dinners, Black Axe Mangal has been a mad (in a good way) addition to London, redefining just how good a kebab can be - there can't be anyone left on London's restaurant scene who hasn't been, if our social feeds are anything to go by.

And over in Soho, the team behind Gymkhana proved that they could produce something on the other end of the restaurant scale making Hoppers one of the best value meals in central London. Providing you can get a table, that is.

Read our Test Drive of Hoppers 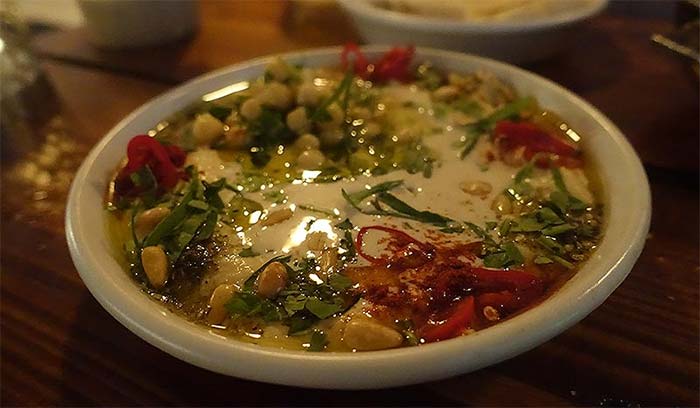 If you're simply number crunching, the cuisines most often covered by the new openings we wrote about in 2015 were Vietnamese and French. But when you're talking quality, then a decent chunk of the really interesting new places all had one thing in common - they looked to the Middle East for inspiration.

For some it was the not-so-simple kebab - Camden's Daughter turned it into the food you had in the pub, not on the way home. Black Axe Mangal's "an unauthentic, bastardised take" on the kebab mixed it with heavy metal while Berber & Q's smoky railway arches threw in a house soundtrack and nightclub feel. In Covent Garden, Noam Bar (from Ottolenghi) used the street food of his childhood for inspiration for his Covent Garden fast food place Sesame while The Good Egg mixed it up with Canadian and Californian influences. And finally, over in Shoreditch, the much-awaited Oklava from Selin Kiazam brought us exceptional modern Turkish food.

There's also more on the way next year, which can only be a good thing.  "2016 is a big year for even more Middle Eastern ingredients and dishes hitting shops, cafes and restaurants," says chef and bestselling author Sabrina Ghayour. "At its core, it is good, honest home cooking; but now the top restaurants and chefs are embracing Middle Eastern flavours, 2016 may just be the year that Middle Eastern food, not only trends but becomes mainstream." 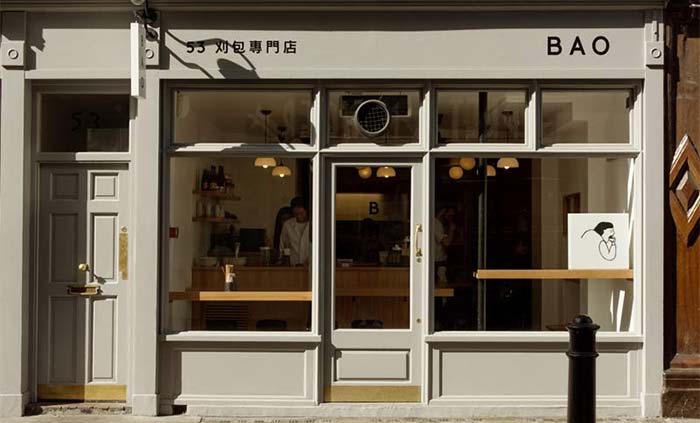 One restaurant which got almost universal praise both in the run up to and after opening has been steamed bun merchant Bao. We've heard nothing but good things about them and honestly have tried to go on a number of occasions - but we are rubbish at queueing and never seem to have picked that sweet spot when queueing isn't required. We'll be rectifying this mistake asap in 2016. We hope.

There's no question about this one - if ever there was a dining room designed to give pause, it's Sexy Fish. Leaving aside the wall of water behind the bar and the Damien Hirst mermaids either side of it, there's the Frank Gehry crocodlle hanging on the wall which really sets the tone here. The Martin Brudnizki design is even better in the private dining room downstairs with some of the biggest coral tanks we've ever seen (definitely pop down for a look if it's not in use). It also helps that the food is good too and the celeb quotient high.

Note - we're also hearing that Alan Yau's Park Chinois is something else but haven't been. If you have - let us know what you think in the comments below. 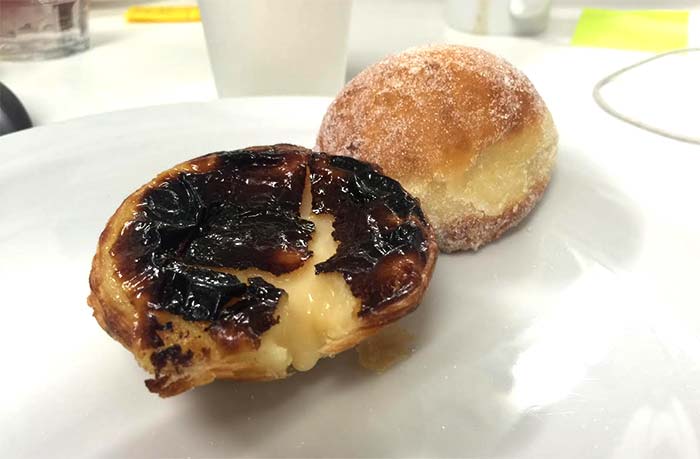 Best sweet dish - the custard tarts at Taberna do Mercado

While one of the main desserts at Nuno Mendes' Shoreditch restaurant divided opinion (Abade de Priscos and port caramel - made with pork fat, which we personally loved) it's the morning-only treats that we REALLY adore. Most of us like a custard tart at the best of times, but these are phenomenal and explode into custardy goodness once you bite into them (which makes them a bit tricky when trying to eat them on the go). We've eaten more than our fair share of these lovelies this year and we'll absolutely be going back for more.

Read our Test Drive of Taberna do Mercado 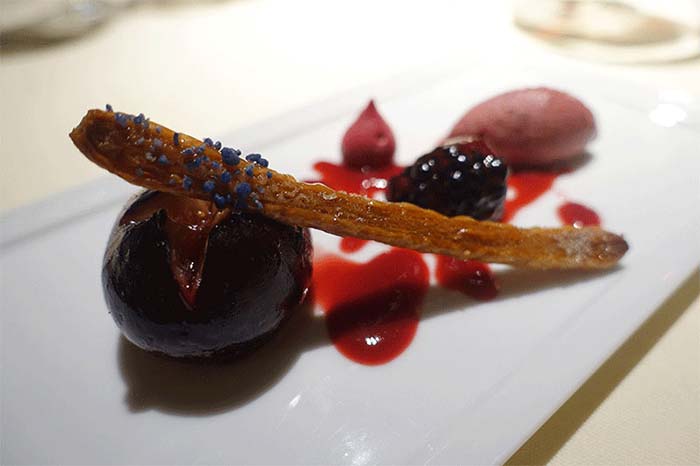 Although it was <tiny 'first world problem' violin> the first year in AGES that we didn't go to New York, we've had a few out of town trips this year, most notably a cruise around France and Spain, oh - and The Orient Express - But it was an overnight trip a little closer to home that was a real gem. We'd heard so much about Raymond Blanc's country getaway Le Manouir aux Quat' Saisons to get us excited and it didn't let us down at all. The location couldn't be bettered, the staff are uniformly wonderful and it was one of the best overall dining experiences we had all year. It's definitely a place to go for a special treat and well worth putting some money away for. 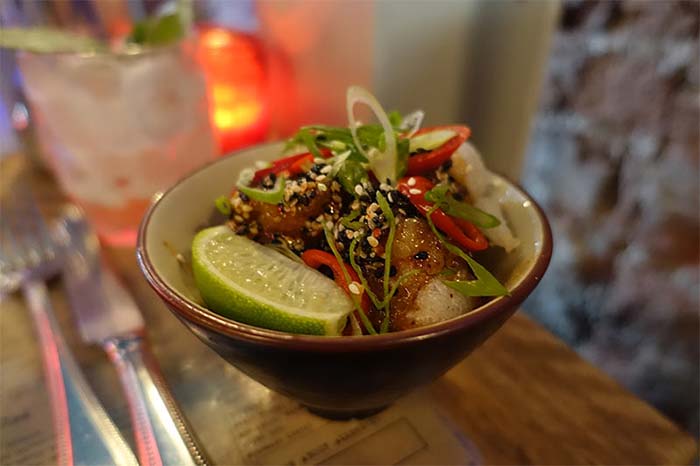 There's been a lot of aubergine on London menus of late. But one London restaurant's use of it reached new heights - the Szechuan aubergine dish at Carl Clarke's Chick n Sours. Sure, the fried chicken was great here and the cocktails wonderful too - but the aubergine dish with spring onions, chilli, lime and sesame seeds was, without doubt, one of the best we've had all year. It's still on the menu so if you haven't yet been, we urge you to book in a visit now.

Honourable mentions - we loved another Islington local, Oldroyd and while their menu does change regularly, we had a very soft spot for the squid and confit rabbit paella that was on when we visited. Another top dish was the baharat and fenugreek marinated lamb rumb served up at the new Modern Pantry in Finsbury Square - SO good. 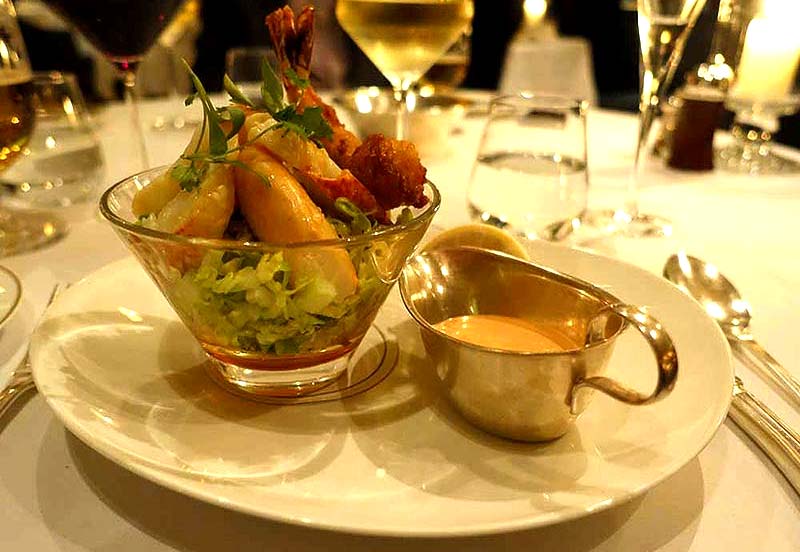 This one's a classic, but a restaurant that we hadn't been back ti since soon after it opened. But we LOVED our visit to Corrigan's Mayfair earlier this year. Fine dining but with huge Irish style portions and a wonderful welcome from front of house - what's not to love? Well worth a return visit if you haven't been recently.

Honourable mention - we've also been back to Fera twice this year, once while staying at Claridge's and once to visit their new development kitchen Aulis. Both revealed the restaurant to be at the very top of its game and well deserving of a second Michelin star next year, we'd hope. 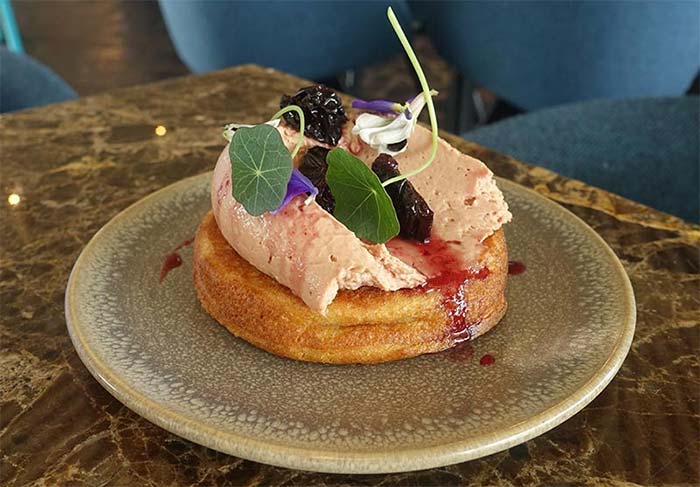 Immediately after visiting Stevie Parle's East London restaurant earlier this year, we thought it was easily the best thing we'd been to in ages, and since then - although we've eaten out well - nothing this year managed to top it. So what was it that made it so good? To be fair it's not the location - other than locals or concertgoers, not many of us want to schlep out to the North Greenwich Peninsula (aka O2 Land). But that would be a mistake, because if any restaurant in London is worth crossing town for it's this one.

From the beautiful Tom Dixon designed space and its mixture of experienced staff with local kids being trained up in front of house to the lengths the kitchen go to, to make everything from their own charcuterie to roasting their own coffee - this is an extraordinary restaurant.

And what did you think?

We've counted all the votes - now find out what was the Hot Dinners Readers' Favourite New Restaurant of 2015.