Tis the season to be jolly… The festive season is well and truly upon us, bringing with a deluge of new bar openings and special cocktail menus. With so many places to drink and not enough time to visit them all, here's our pick of the best new bars in London to enjoy a few festive tipples this month. 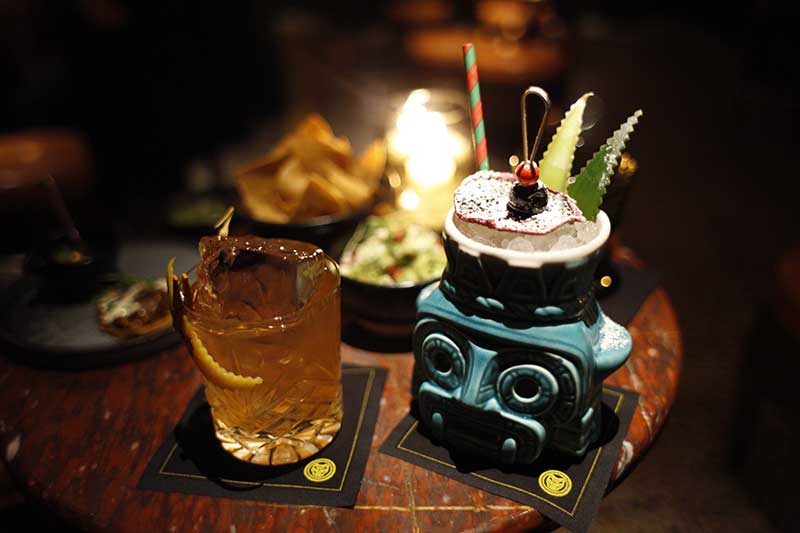 Ella Canta, the restaurant from Mexican chef Martha Ortiz has enjoyed a run of rave reviews since its September opening. Less well known however is Ella Canta’s own restaurant bar, a raised space at the back of the restaurant. Mirroring the direction in the kitchen, the bar at Ella Canta combines exotic ingredients, plenty of mezcal and even the odd (edible) golden grasshopper.

The bar menu features a selection of twelve signature cocktails entitled ‘Mexico’s Gifts to the World’. The drinks here are creative fusions of exotic and indigenous ingredients with concoctions such as their Flor de Nopal, a combination of Patron tequila, nopal (a type of cactus), pimento and prickly pear liqueur, agave and Mexican red wine – showcasing the extent of the concept. Those after something a little more recognisable might want to skip over to their list of Margaritas. 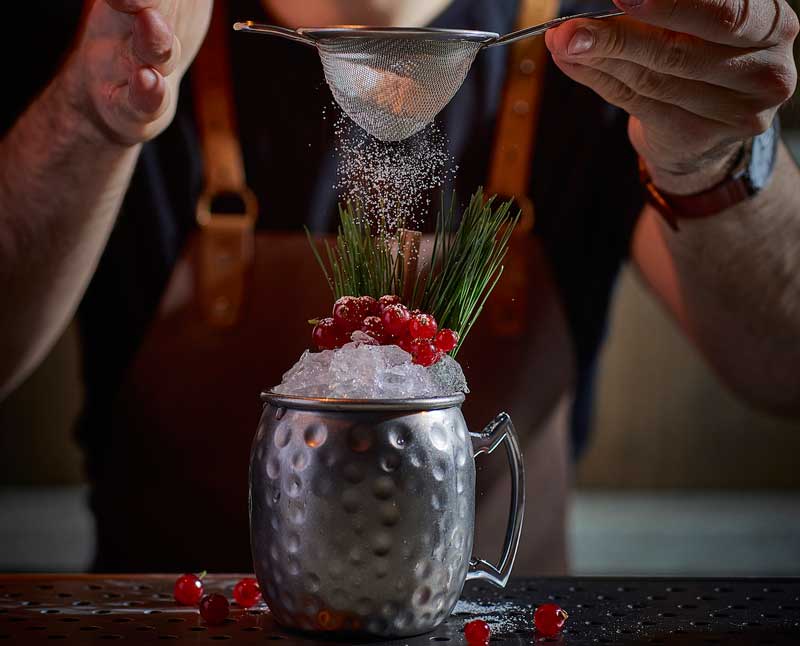 Following a very successful year, chef Adam Handling has made his first foray into the world of drinks with the launch of his first bar, Eve, in the basement of his new Covent Garden restaurant.

The menu at Eve will feel familiar to fans of Oskar’s Bar at Dabbous. Here too, the drinks have been developed by chef Adam alongside group bar manager Tim Laferla, who previously worked on the drinks side at City Social and Simon Rogan’s Mr Cooper’s, Manchester.

The cocktails have been designed to showcase bold flavour combinations and are packed with chef-led ingredients - a quick scan of the menu turns up ingredients such as black olive, miso and corn husk.

As to be expected, the bar snacks at Eve are very impressive. Those familiar with Handling’s cooking will notice signature dishes such as his Cheese & Truffle doughnuts and Smoked cod with caviar snacks making an appearance. 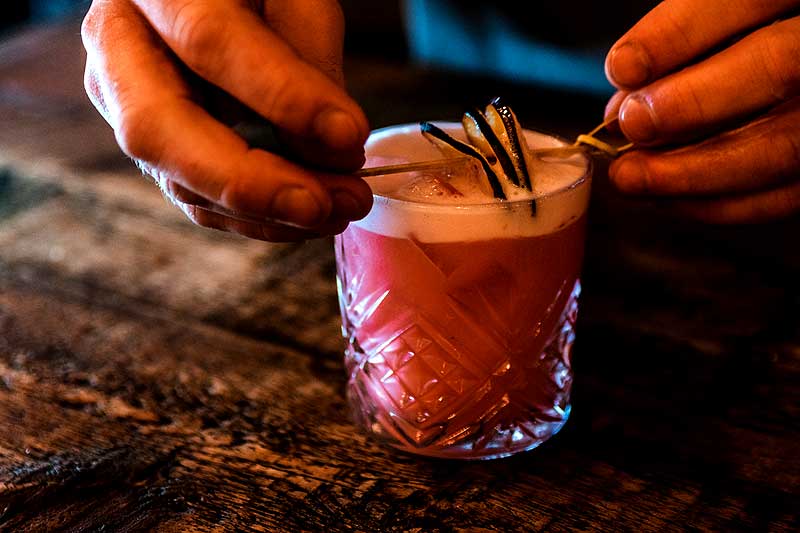 Billed as ‘Vintage drinking, live music & old school Soho glamour’, this Soho speakeasy is named after Jack Solomon, the legendary boxing promoter who brought Muhammad Ali to Wembley Stadium. Behind a hidden door on Great Windmill Street, the newly opened basement bar is situated in the very room that Solomon used as his office and training gym for prizefighters.

Echoing popular drinks from the 1940’s and 50’s the drinks list here features a cocktail menu which focuses on whisky and other dark spirits of the era. The boxing themed drinks list includes Old Guard – Woodford reserve bourbon, bitters and apricot brandy (£13) and On The Ropes – cognac, maple syrup, Japanese whisky, cardamom bitters. 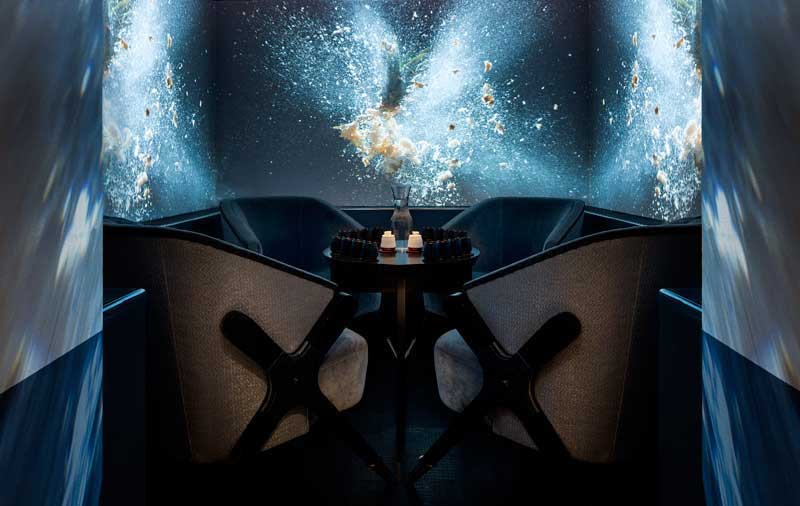 For experience hunters – ‘Out of the Blue’, The Blue Bar at The Berkeley
The Berkeley, Wilton Place, Knightsbridge, London SW1X 7RL

‘Out of the Blue’, the new perception-bending experience at The Berkeley’s Blue Bar is sure to delight even the frostiest of drinking partners. The experience is a journey designed to enliven the senses and involves four bespoke cocktails, state of the art projection technology and takes place in an intimate room in another part of the hotel.

The team have worked on developing the experience for over a year and whilst there are strong references to the work of visual artist Pipilotti Rist, you don’t have to be an arts buff to enjoy what is quite simply an impressive and well thought through experience.

Bookings are still available throughout December, and we’re pleased to report that the original Blue Bar is also still very much worth a visit.

More about Out of The Blue 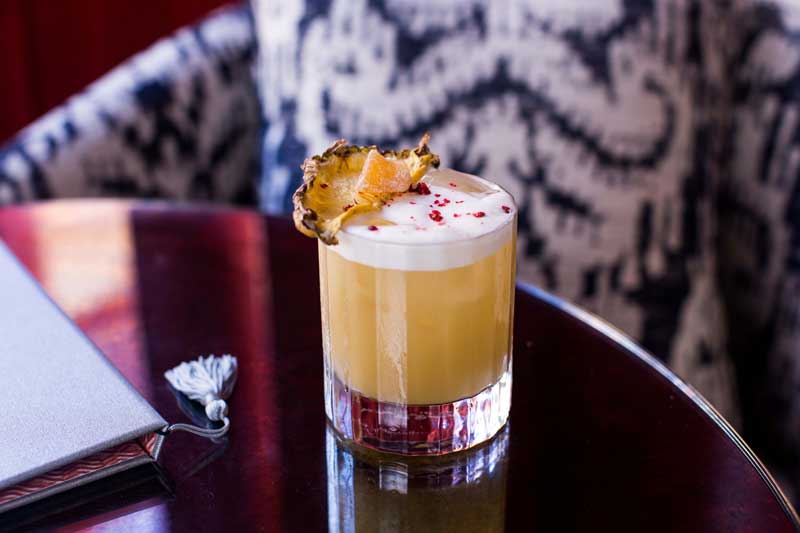 Taking over a previously unused space in the heart of The Bloomsbury Hotel, The Coral Room opened late last month. The bar takes its name from the distinctive coral coloured walls and features opulet period design courtesy of Martin Brudnizki.

It’s not all Instagram fodder here though, under the guidance of general manager Giovanni Spezziga (a familiar face previously at Scarfes bar and Benares), the new bar features a comprehensive selection of highball and spritz-style cocktails alongside an extensive list of English sparking wines - one of the largest in London, apparently.

More about The Coral Room 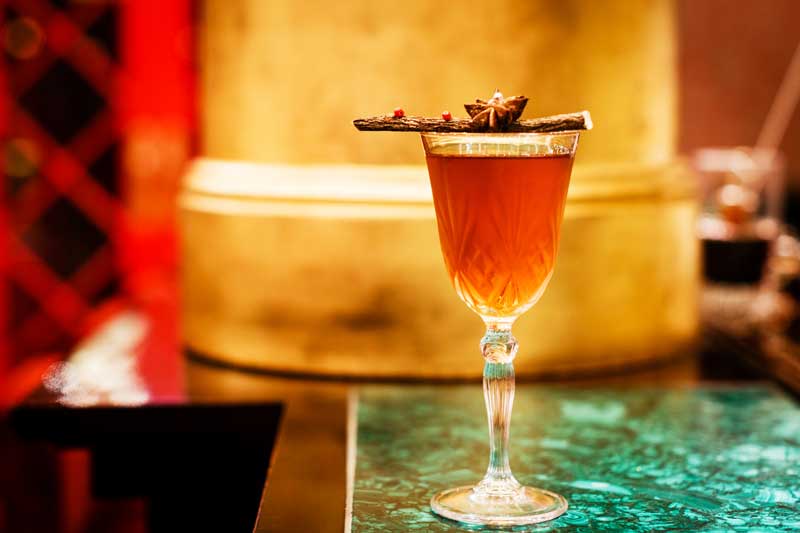 For those really looking to push the boat out, Park Chinois, Alan Yau’s decadent restaurant in Mayfair has just launched a selection of festive cocktails, available throughout December and into the New Year.

The bar team have created six opulent cocktails - each of which are made with a dark spirit (rum, cognac, rye whiskey) and paired with seasonal and spiced ingredients such as chestnuts, smoked citrus fruits, honey, vermouth and crimson saffron. 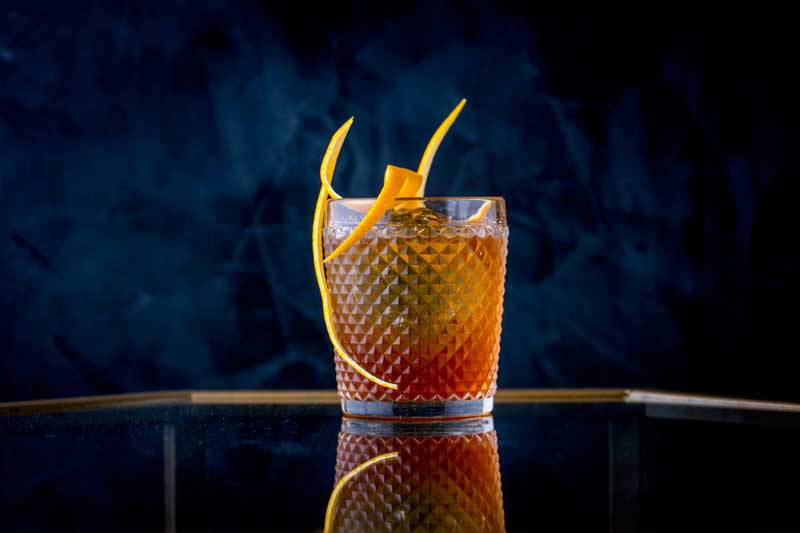 A perennial favourite with the Mayfair set and one of London’s most instantly recognisable venues, Quaglino's has launched a new cocktail menu which tells the story of its illustrious past.

Designed by bar manager Marco Sangion and head bartender Davide Arcucci the new menu features twenty new cocktails which tell the story of the bar’s heritage – dating all the way back to 1929 with original recipes from Giovanni Quaglino.

As to be expected from such an establishment, the drinks here are well presented, opulent and served with a dose of theatre. Highlight drinks include Her Majesty – Don Julio tequila infused with herbs, yuzu and bergamot juice topped with Italicus and yellow grapefruit soda – named after HRH’s 1956 visit to Quaglino's.

Enoteca Rosso, Kensington - This newly opened Italian wine bar is just a few minutes from the Design Museum has an impressive list of wines from all across Italy with some keenly priced vintages available both by the glass and the bottle.

Bar Termini Centrale, Oxford Street - Opened earlier this year on Duke Street, we can’t think of better way to round off a mammoth shopping expedition to Selfridges.

The bar at Hawksmoor Spitalfields – Our go-to bar when out East, Hawksmoor’s Spitalfields Bar is perfect for both groups and couples - the short rib nuggets alone warrant a visit. It’s even more vital to see them this month as they’ll be closed all of January for a refurb.