The best ice cream in London

Super when the weather is scorching and even on the many, many days it's not - we pick out London's best ice-cream and gelato purveyors. 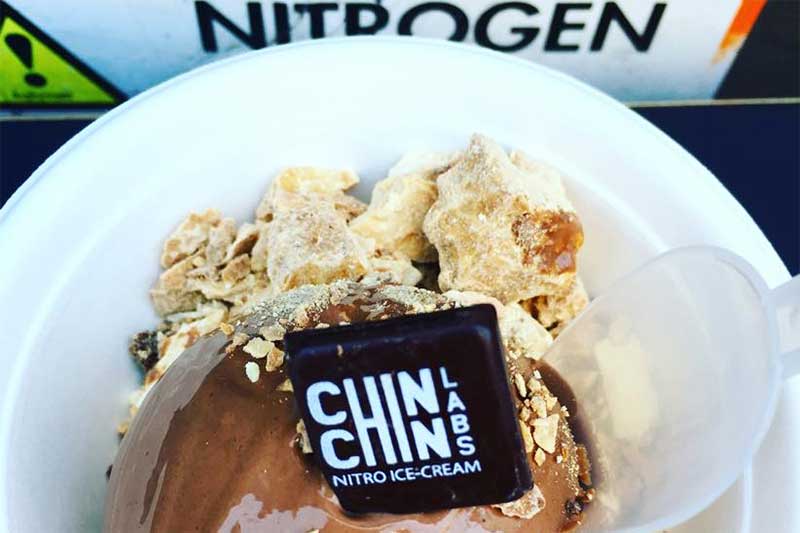 When Chin Chin first opened their first place in a former condom shop (yes, really) in Camden their crazy take on making ice cream with liquid nitrogen may have been pre-Instagram but it was still an almost instant sensation. The thing is that it's not just a party trick, the ice-cream they make here really does taste smoother because there are no ice crystals. Classic flavours are Tonka Bean, Valrhona Chocolate and Burnt Butter Caramel but specials might include vegan mango lassi. Key though are the great toppings, which include hazelnut sand, truffle crumble or torched marshmallow.

Where you'll find them: Camden, Soho and Dinerama in Shoreditch. 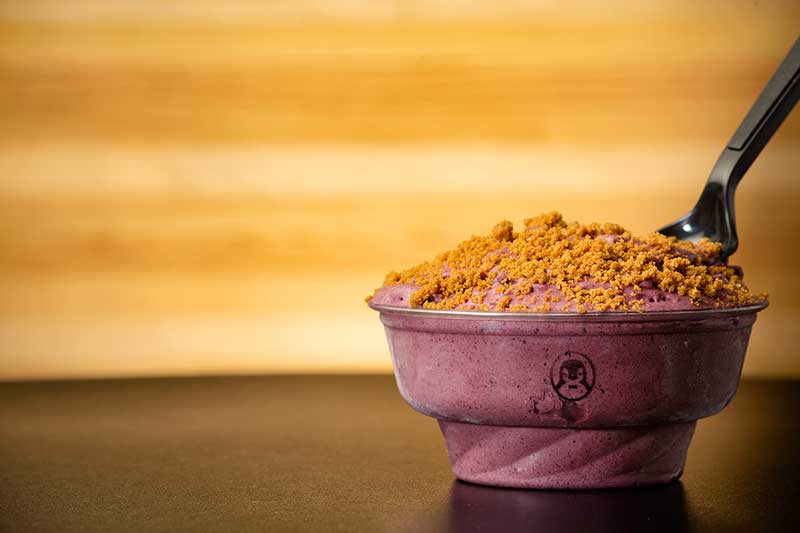 Four Winters originated in Jordan and spread across the Middle East before bringing their nitro-made ice-cream to London. Here it's all about having the ice-cream made to order, whether its Rose ice cream with Turkish delight and tea biscuits or Lavender with honeycomb and lavender flowers.

Where you'll find them: South Kensington. 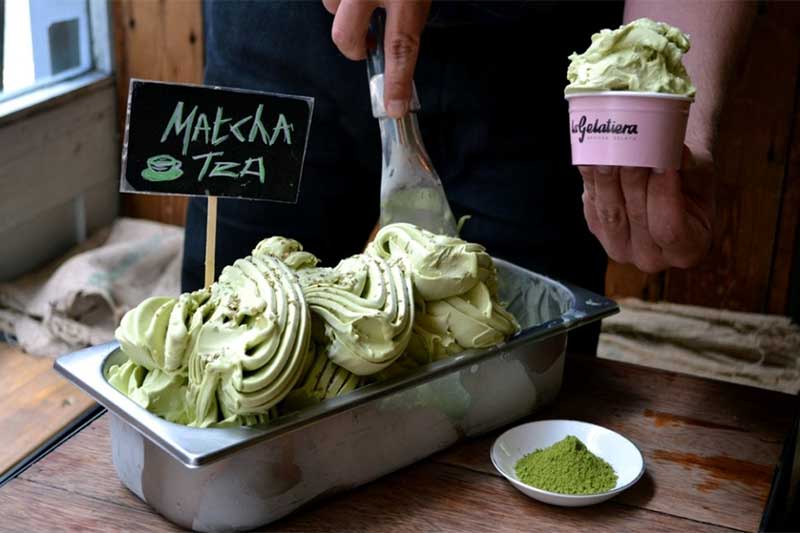 La Gelateria co-founder Antonio has ice-cream in his blood - his grandfather used to make ice cream in a small village in Calabria. And when Antonio and friend and co-founder Stephane decided to launch their own gelateria then first took a year out to travel around Italy for inspiration. It paid off, as their gelato has won multiple awards since opening. Everything is handmade in small batches, daily, on-site, so you can grab a coffee and watch them at work. Gelato flavours might include Porcini Chocolate Cream or Cornish Blue and Walnuts, while their dairy-free dark chocolate brownie and Kentish cobnut sorbet sounds sublime.

Where you'll find them: Crouch End, Covent Garden and Stratford 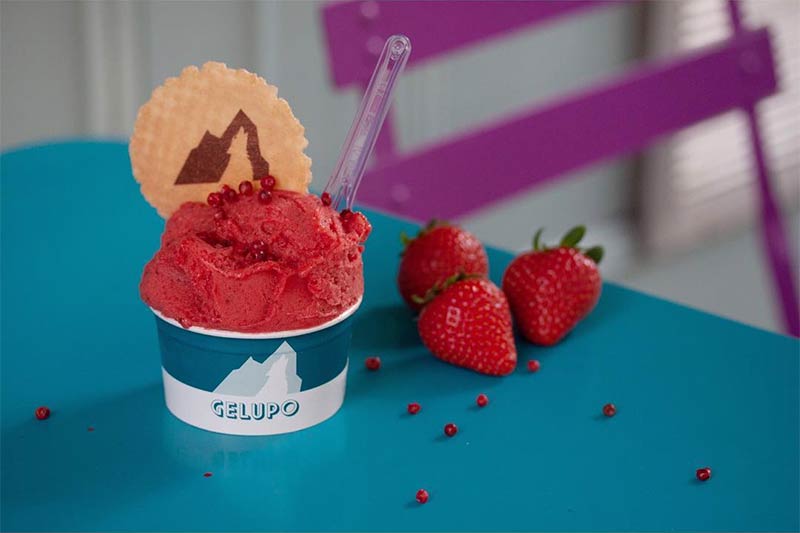 Jacob Kenedy (of Bocca di Lupo) and Victor Hugo (not the author…) came up with Gelupo in 2010 and opened it right opposite the restaurant. Their Soho artisan gelateria is highly seasonal and offers twists on classics, which change regularly, like Banana Stracciatella or Lemon and Rosemary. Check their website for the latest seasonal flavours. 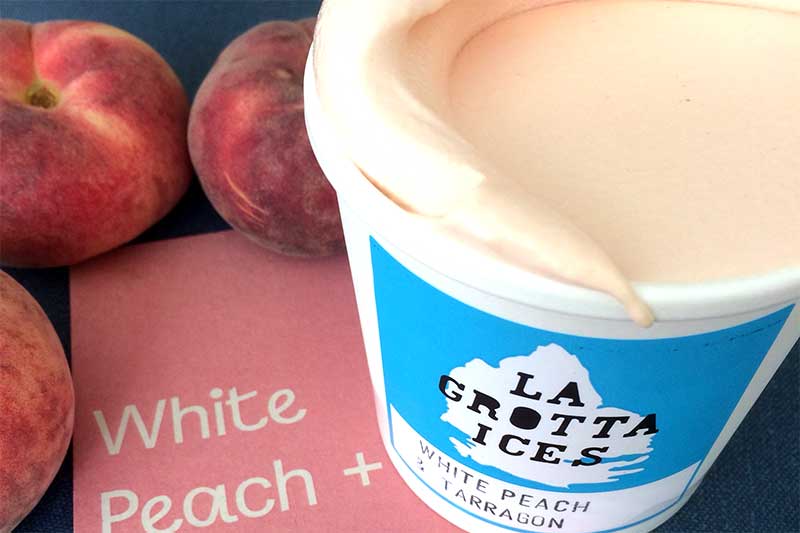 Founder Kitty Travers is inspired as much by the local produce being sold down at Spa Terminus where La Grotta is based as by her travels (she's worked in both Rome and Naples). So flavours might be Puglia Lemon Cream, Pineapple and Lemongrass sorbet or Espresso con Panna with Banana Brown Sugar and Rum.

Where you'll find them: trading at Spa Terminus on Saturdays during the summer, but they sell their ice-cream at Leila’s Shop, General Store and E5 Bakehouse and a little at Italo in Vauxhall. 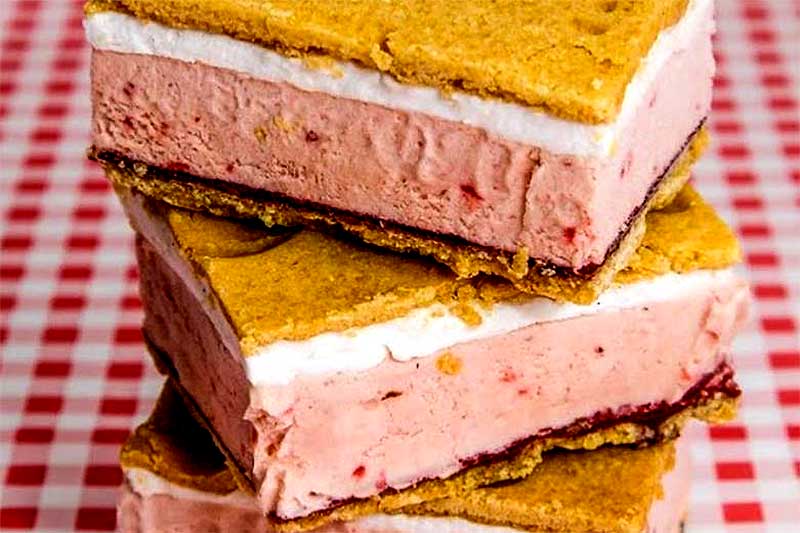 Best known for their amazing ice-cream sandwiches, this London company prides itself on top ingredient sourcing including organic chocolate from Original Beans and Jersey and Guernsey cream from The Estate Dairy. They also do interesting soft serves and sundaes too. Flavours include the indulgent Tres Leches - Three milks parfait and salted Dulce de Leche sandwiched in between layers of sponge cake or opt for the boozy Negroni - A layer of blood orange negroni ice cream on top of a white chocolate layer, between a crunchy Peruvian cocoa nib sprinkled dark chocolate biscuit.

Where you’ll find them: Victoria Park Market on Sundays and on the menus at various restaurants around town, including Tonkotsu where their newest offering is an Umeboshi milk float sando. 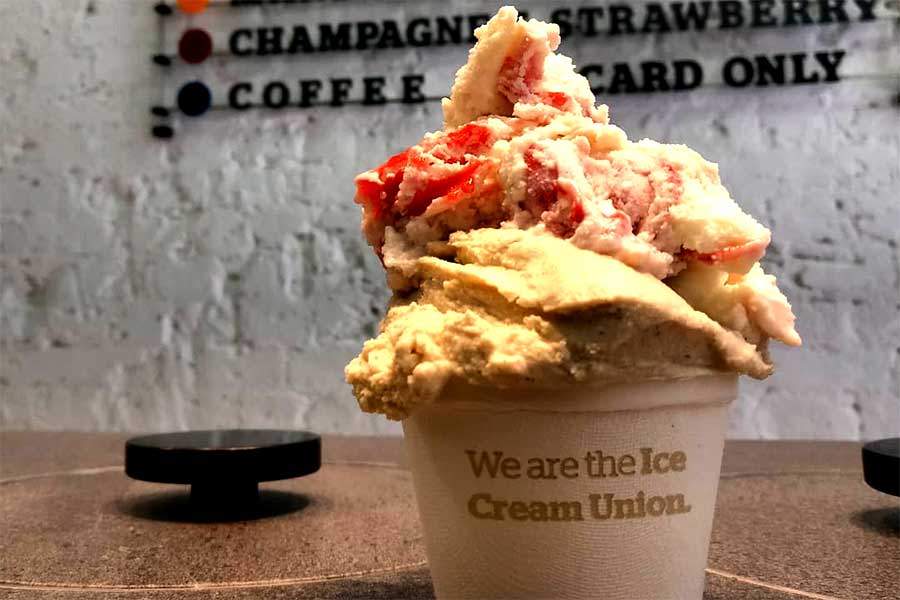 After years of supplying the best restaurants around town Ice Cream Union have finally opened their first standalone store, in Chelsea. They're all about sourcing the best produce for their ice-creams, whether that's Sicilian blood oranges for sorbet, or milk from The Estate Dairy for their Fior di Latte. Their pistachio ice-cream is particularly amazing.

Where you’ll find them: Pavilion Road in Chelsea 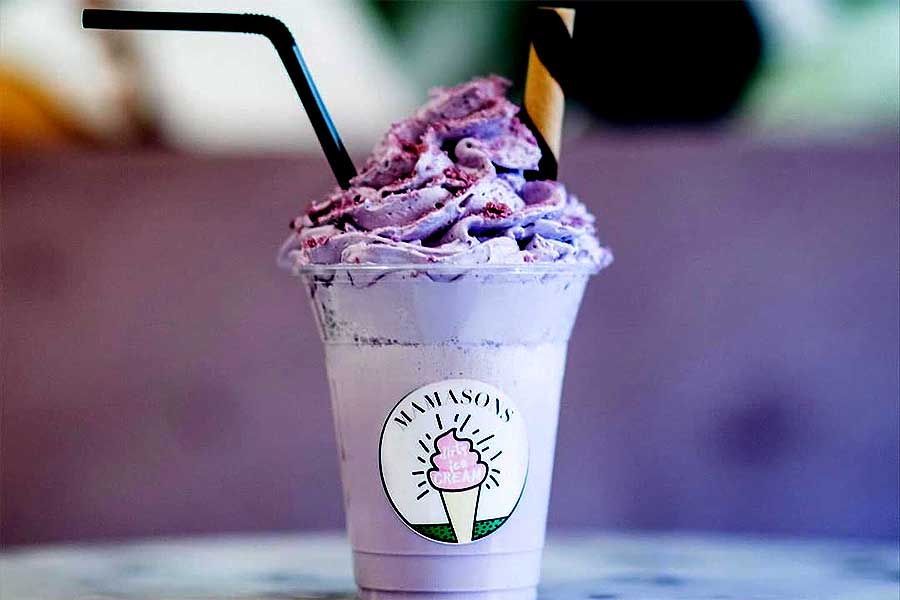 So-called 'dirty ice-cream' is actually a term of endearment used to describe the homemade ice-cream you'll find on the streets of Manila. Expect to find quite different flavours to what you might be used to - their signature is Ube - a purple hued ice-cream made with Filipino purple yam - but they also serve up a salty queso flavour and a vegan guyabano sorbet.

Where you’ll find them: Camden and Chinatown. 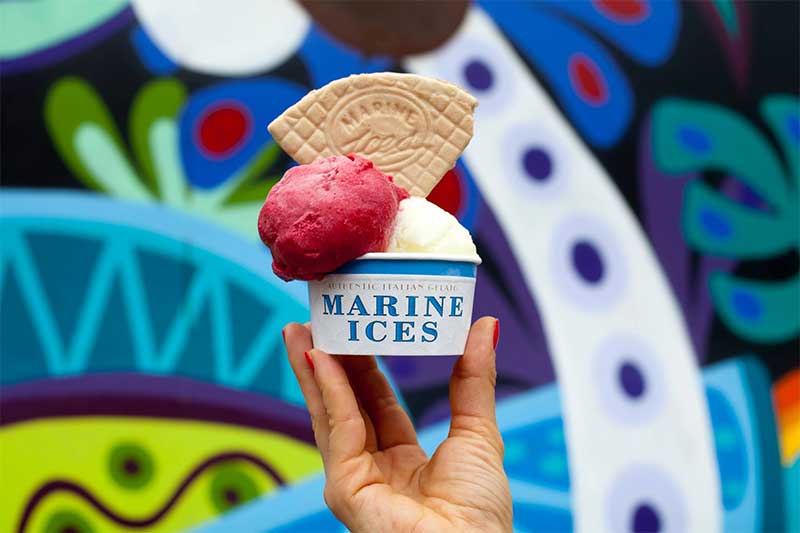 One of London’s oldest ice-cream purveyors, Gaetano Mansi brought the joys of Italian gelato to North Londoners when he first opened his ice-cream parlour in Camden way back in 1931. OK, so it's not in exactly the same spot it first started out in, and the ice-cream is now made outside London, in Suffolk, but it's still as popular as ever. There are 24 flavours available at any one time - ranging from amarena cherry to roasted pistachio and the classic rum and raisin. Fancy an old-school Knickerbocker Glory or a Banana Spit? This is the place for that.

Where you’ll find them: 61 Chalk Farm Road NW1 8AN 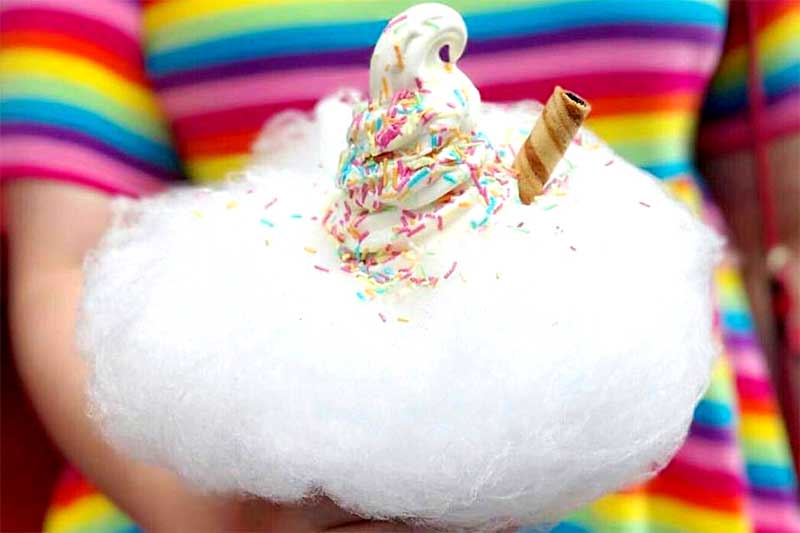 Milk Train shot to fame when it pioneered cloud cones in London - you know the ones, where the ice-cream is haloed with candyfloss. Mike and Kylie started out selling shaved Japanese ice and progressed on to these Insta feed delights - they're the millennial pink unicorns of London's ice-cream scene. Oh, and what no-one tells you is they're impossible to eat without getting sticky up to your elbows. Pick your soft serve - vanilla, matcha or hojicha and then add toppings like red bean, rice puffs and - of course - candyfloss. 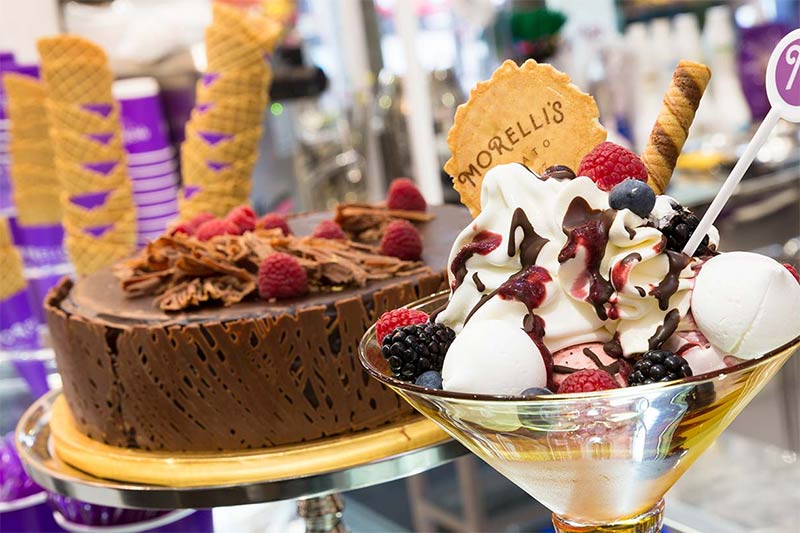 Morelli’s opened a year after Marine Ices - in 1932 - on the Kent coast in Broadstairs. Fifteen years ago they landed a concession in Harrods and for the past few years they’ve had their own shop in Covent Garden. Flavours you’ll find here might include cherry meringue or caramel panna cotta. Go all in and get a sundae with a jug of hot chocolate sauce to pour all over your creation.

Where you’ll find them: 20a The Piazza, The Market, London WC2 8RB 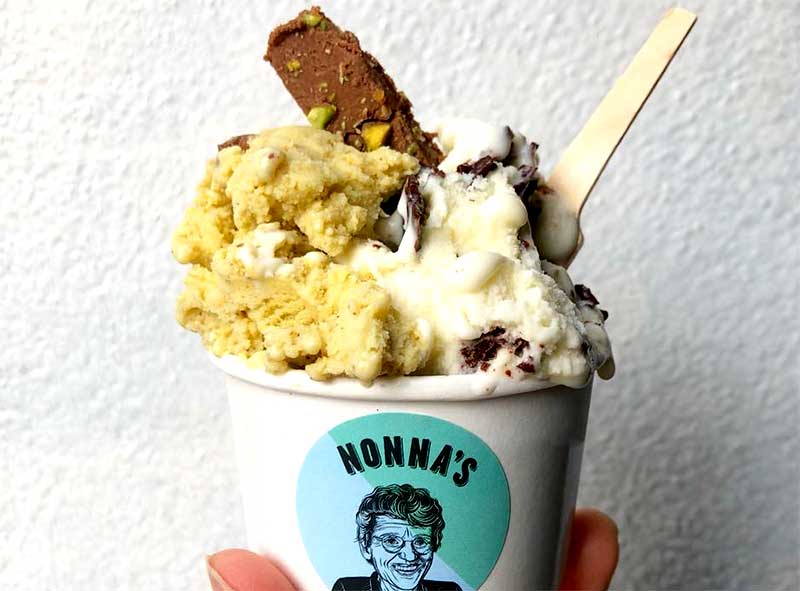 Founder Sophia Brothers attributes her gelato obsession to the ice-cream her Italian Nonna used to make - hence the name. Run from a kitchen in Highbury they turn out an Italian/British fusion range of flavours with a seasonal focus. Kentish cobnut is their signature flavour but recent flavours have included Five Point porter and chocolate ripple and Salted Toffee Apple.

Where you’ll find them: Every Saturday at Broadway Market in Hackney. Every Sunday at Church Street Market in Stoke Newington and also at KERB. 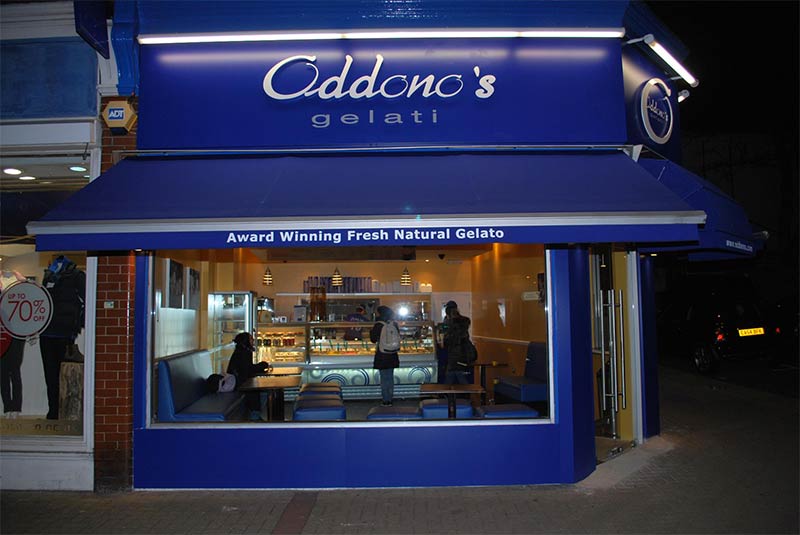 Ultra smooth Italian Gelato - the original store opened on Bute Street back in 2004. As the name suggests it’s an Italian family behind it - founder Christian Oddono’s grandmother was the gelato-making inspiration behind it. With over 130 flavours on their books, favourites are still the classics - Chocolate, Nocciola (Hazelnut), Bacio (milky chocolate and hazelnut), Pistachio ice cream. 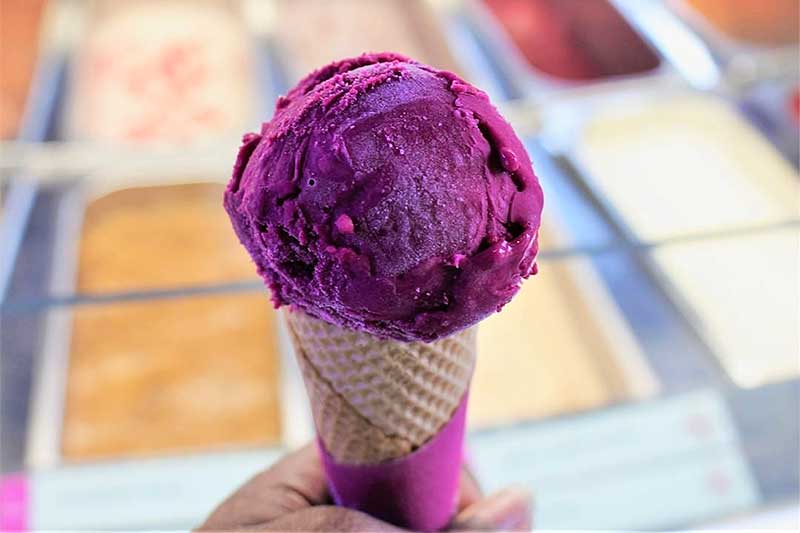 Aiming for a very small environmental footprint, North London ice-cream parlour Ruby Violet make small batches of ice cream and vegan sorbets on site in their parlour in Tufnell Park. All the packaging is either recyclable or compostable and they use seasonal fresh fruit, locally sourced where possible. Flavours on offer might include Cucumber and ginger sorbet, Peach and sour cream or - their most popular one - Salted caramel with almond nut brittle.

Where you'll find them: Tufnell Park and King's Cross 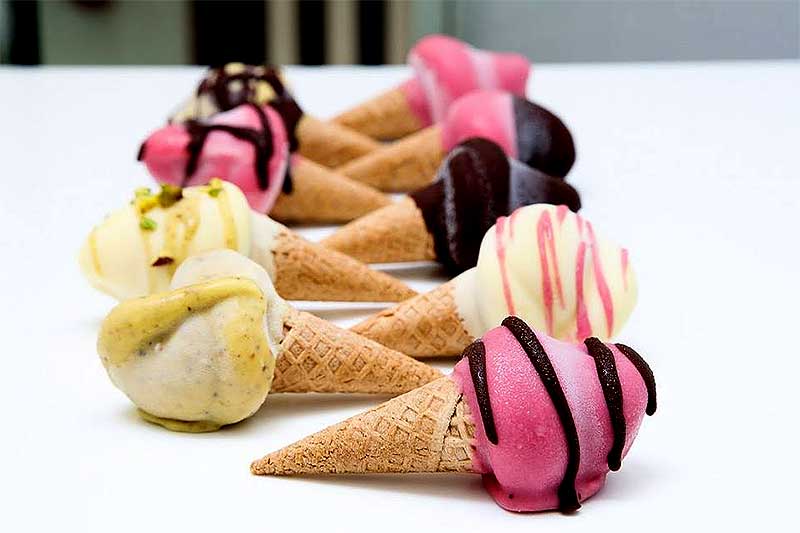 Winner of no less than 25 Good Taste Awards, founder Asad and gelato chef Paolo named their ice-cream company because because all their ice-cream is made by hand, no two batches are the same. Like snowflakes. Produce sourcing is what they're all about so they use organic Jersey milk from a family farm in Somerset, whilst our nuts grow in the Italian mountainsides. And they make sure they're served at a gelato-perfect minus 12 degrees, so they’re soft with no brain freeze. Flavours range from Italian-inspired to very British so anything from the creamy Italian dessert flavour Tortadellanona to strawberry cheesecake. 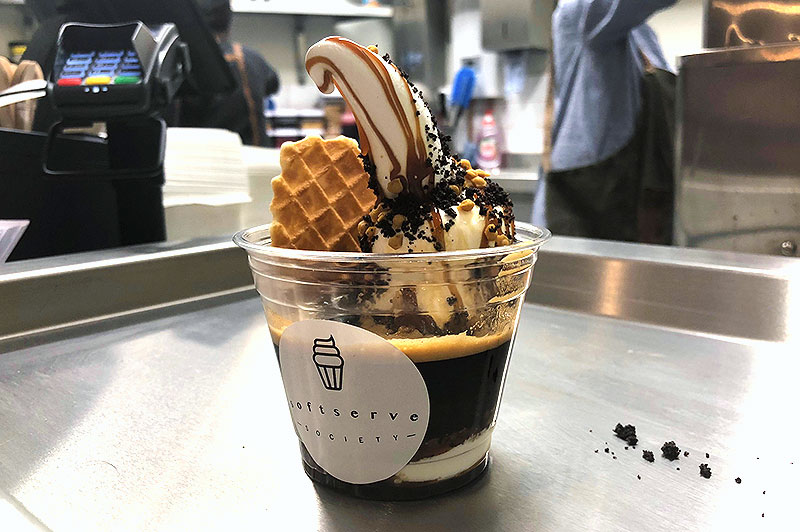 Taking inspiration from Asia, Soft Serve Society broke Insta with its inky charred coconut soft serve when it first launched. Toppings are a big thing here - cover your cone with honeycomb and popcorn or opt for a sundae like the Oh Snap with vanilla soft serve affogato, salted caramel sauce, gingerbread crumbs, salted caramel bits and waffle or the Cloud 9 which is enveloped in berry candyfloss. They're also big on freak shakes.

Where you'll find them: Boxpark Shoreditch and Market Hall Victoria. 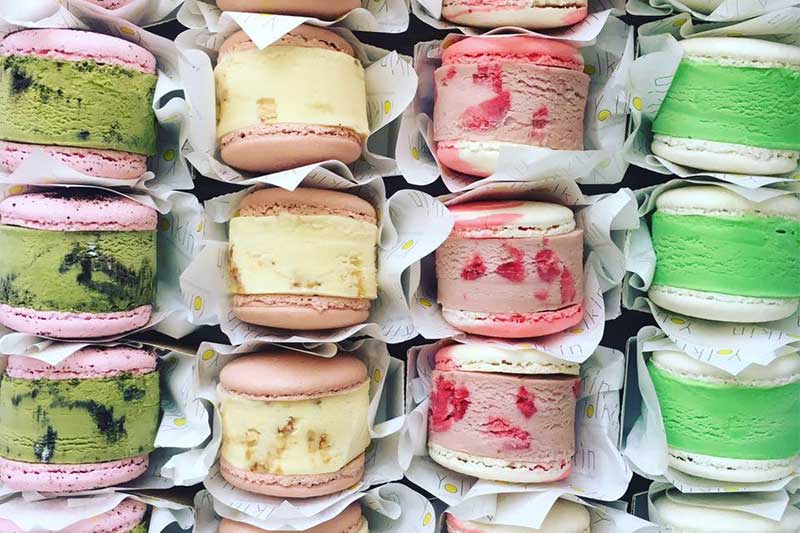 Founder Sammie's first love was macarons. The ice-cream only came when she wanted to make something with the leftover yolks. Her ice-cream macaron sandwiches popped up on Rupert Street but regularly sold out leaving fans disappointed, but her new shop on the same street doesn't have that problem. Expect flavours like Rose & Pistachio and milk soft serve with brown sugar boba or black sesame sauce. She's also making ice-cream cakes here too.