The best new cookbooks in 2020

Badly need to update your home cooking repertoire? Here's our pick of the best new cookbooks. 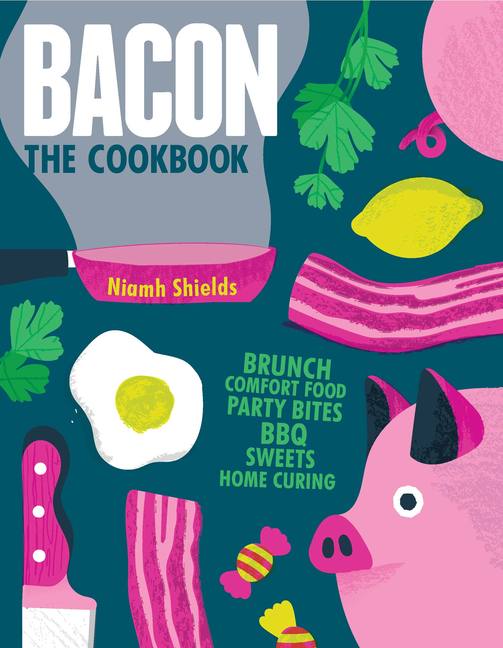 Food writer and author Niamh - better known as Eat Like A Girl - has been working on this book project for quite some time but, as they say, all good things come to those who wait. As the name suggests it's a collection of recipes featuring bacon - everything from Roast cola chipotle bacon slab to Candied Bacon fudge, Bacon Hot Sauce. There are tips on curing your own plus there's an entire chapter devoted to BBQ. 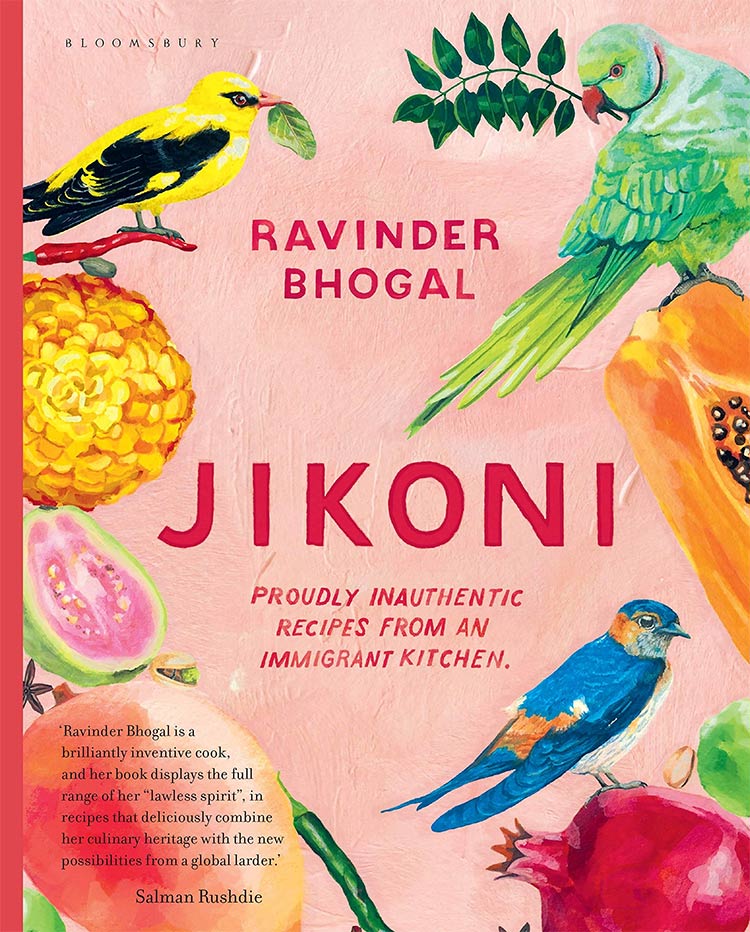 Best known in London for her restaurant in Marylebone, Ravinder Bhogal's book mashes up her UK upbringing with the recipes from her East African, Indian heritage to tell the story of immigrant food - aka "proudly inauthentic recipes". Recipes include "Cauliflower Popcorn with Black Vinegar Dipping Sauce" and "Banana Cake accompanied by Miso Butterscotch and Ovaltine Kulfi" 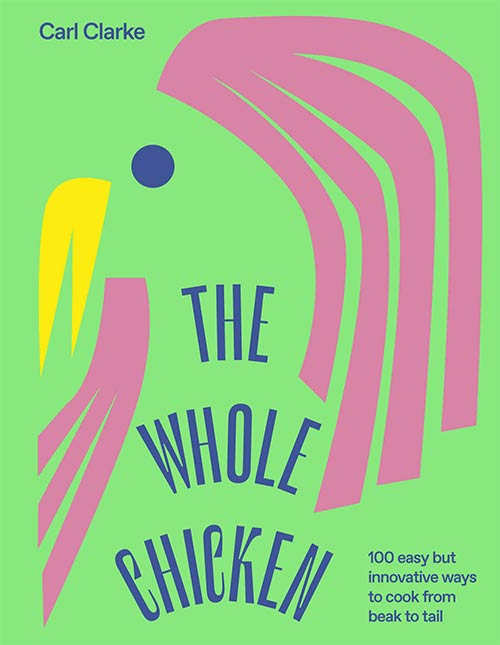 Carl Clarke really does know a thing or two about chicken as you'll know from his very popular Chick n Sours and CHIK'N restaurants. This book takes you through everything you need to know about chicken - from how to joint one to making sure you make use of every single part of it. Recipes include "BBQ Chicken Pizza", "Spatchcock chicken with five-spice, honey and soy" and "Chicken and instant noodle soup". 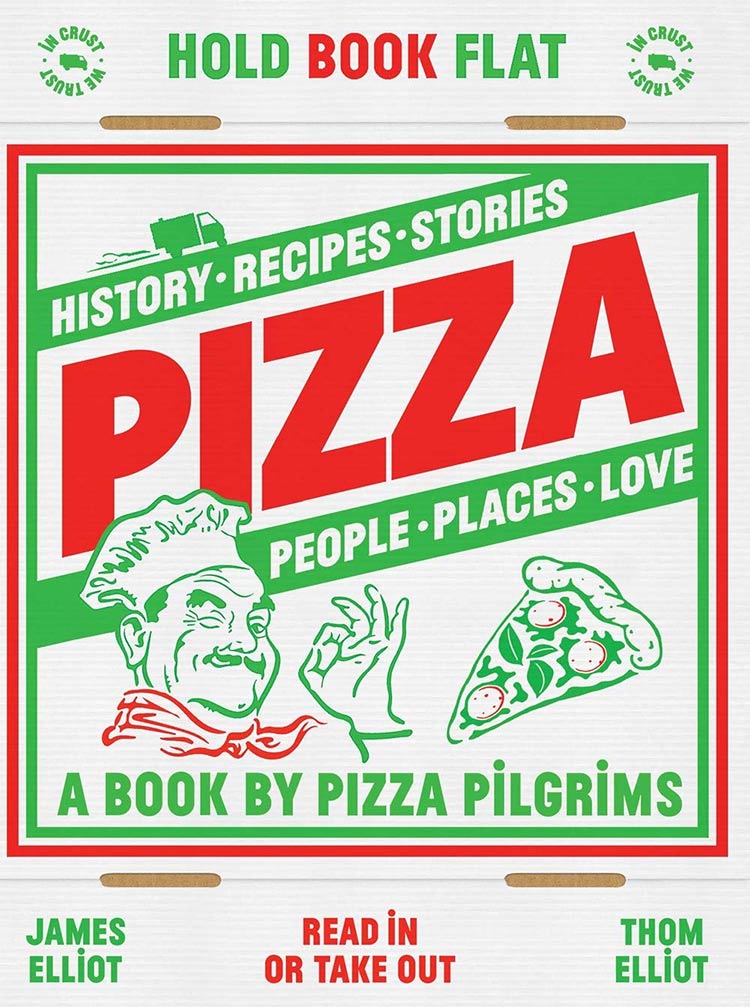 This tome from the brothers behind Pizza Pilgrims brings together everything they've learned about pizzas during the last decade as their pizzerias have spread across London. This guides you through the history of both pizza and Pizza Pilgrims as well as showing you the process of how to create dough (almost) as good as theirs. Recipes include everything from a Margherita and a 'Nduja through to their Nutella Ring. 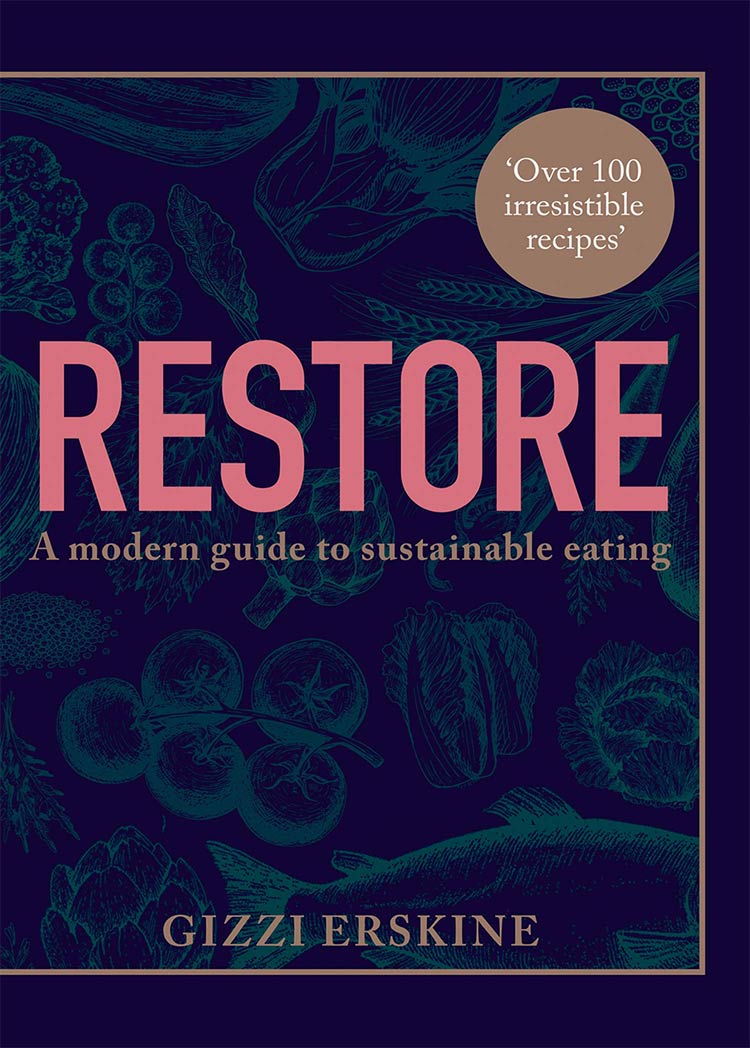 Restore has Gizzi Erskine exploring how comfort food can be as sustainable as possible, with an aim to create attainable recipes that "support our environment, our agricultural industry and bodies".There's a focus on seasonal eating, less meat and more plants as well as affordability. Recipes include Roast Cauliflower and Chilli pasta, Marmite and Onion Veg Stew and Garbage Pail Cookies. 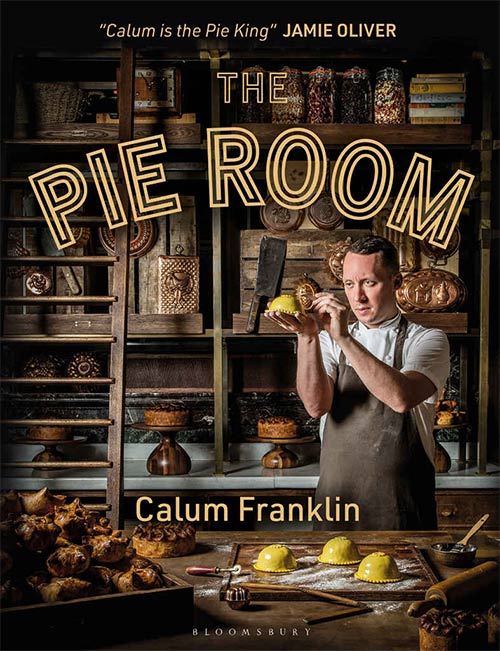 Pretty much the undisputed king of pies in London, this is Calum Franklin's ode to the everything to do with pies, and then some. You'll find full guides to every kind of pastry as well as detailed guides on rolling and constructing the best pies. There are also recipes for some of his signature pies including his pork pies and also how to construct the perfect beef Wellington. 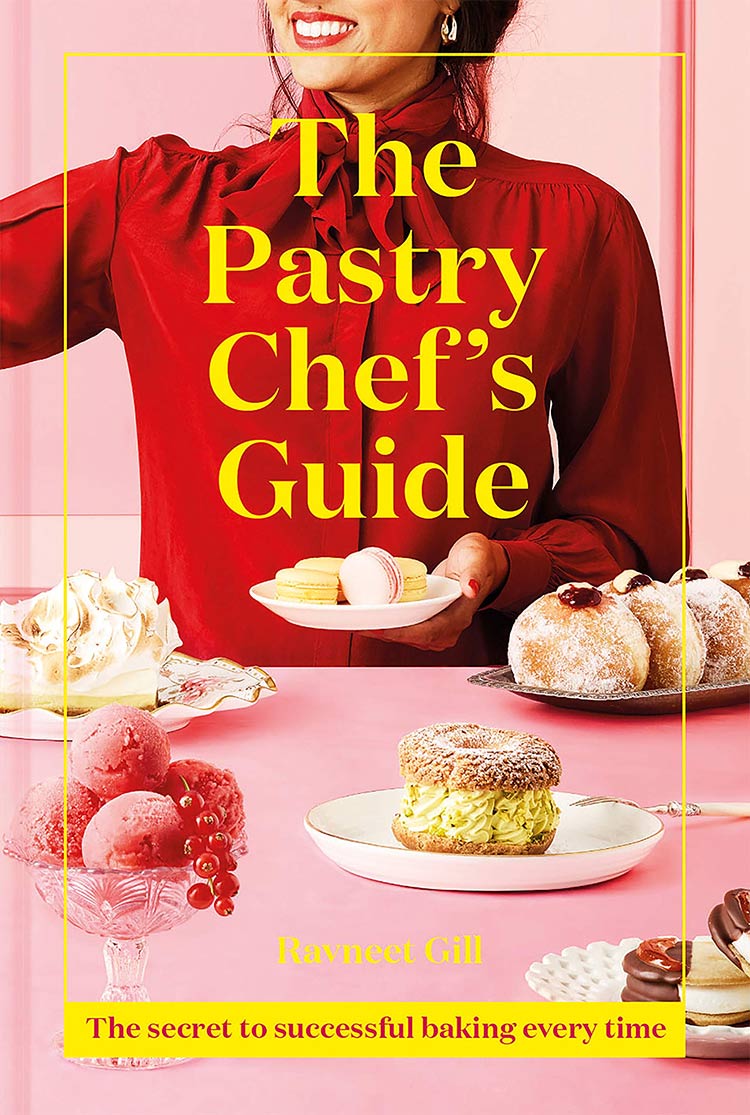 During the lockdown, Ravneet Gill (together with Nicola Lamb) transformed people's pastry cooking through the online Puff bakery school. If you're looking to take things even further, this is the book for you. This book explores the very basics of working with pastry followed by the process that will have you creating baked masterpieces. 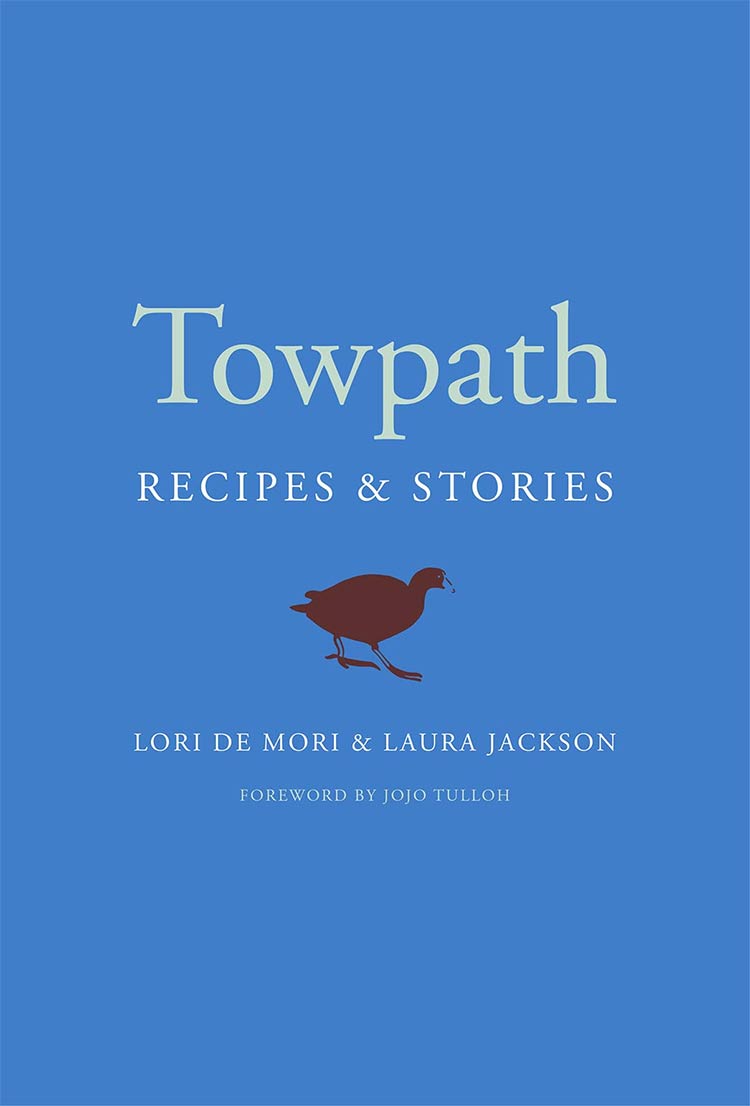 The Towpath Cafe on the Regent's Canal is one of London's hidden gems, beloved by everyone lucky enough to have visited (the book is adorned with plaudits from top chefs and celebrities). This tells stories of life on the canal as well as how to create some of their recipes at home, including Raspberry and Frangipane Tart, Asparagus with Cambridge Sauce and Beetroot Borani. 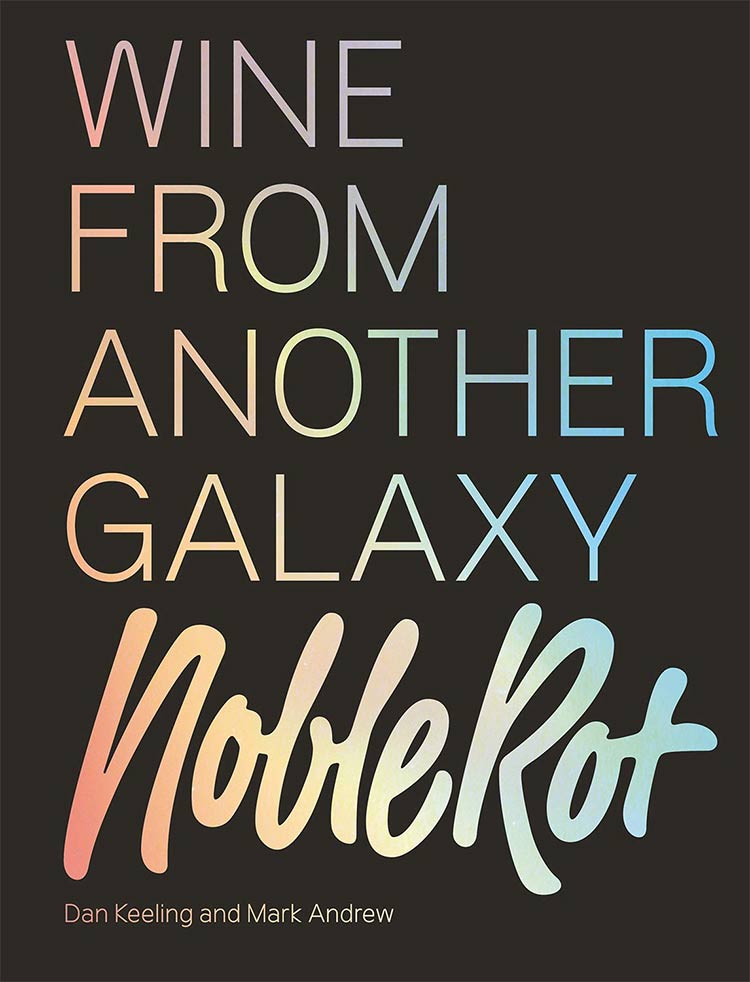 Wine from another Galaxy

Creators of two of London's much-loved restaurants as well as their periodical about food and drink and a wine business alongside that - there's not much that the Noble Rot duo don't know about wine. So if you've ever felt flummoxed when handed a wine list, this book will provide you with everything you need to know - from the origins, to tasting and how to buy - whether in a shop or restaurant.

Buy Wine from another Galaxy 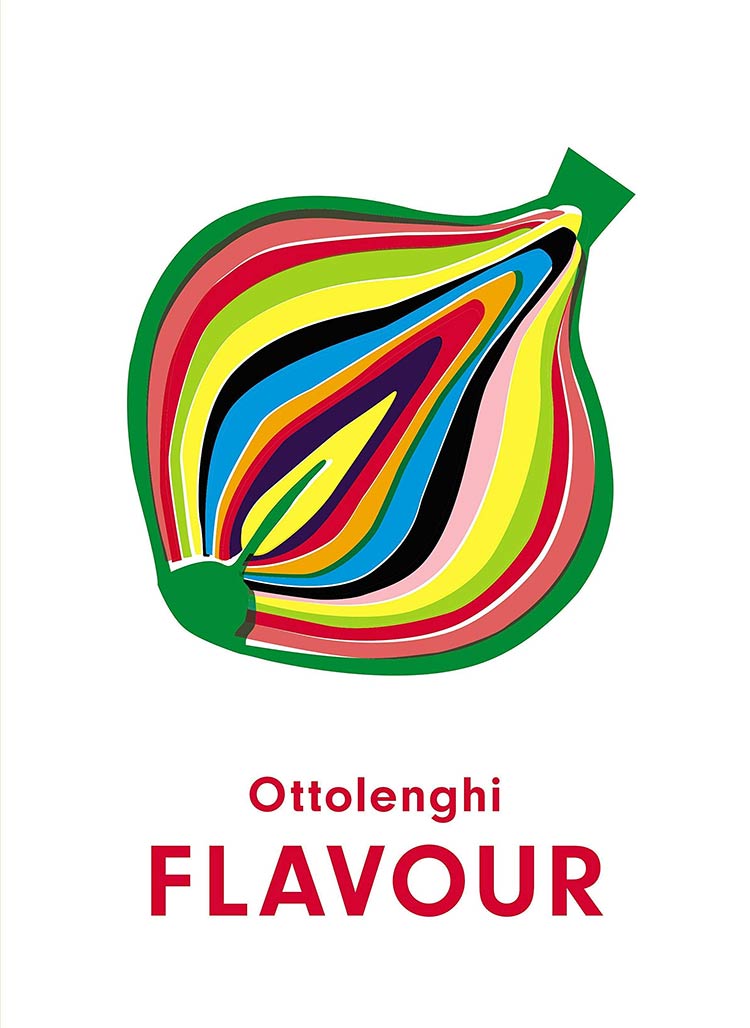 Ottolenghi's books are always bestsellers as he manages to find something unique to focus on every time. This time he and Ixta Belfrage break down the three elements that convey flavour - process, pairing and produce - all from a vegetarian perspective. With those basics covered in detail, they are applied in recipes that include Hasselback Beetroot with Lime Leaf Butter, Miso Butter Onions, Spicy Mushroom Lasagne and Romano Pepper Schnitzels. 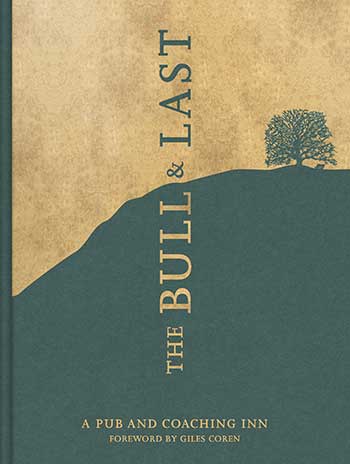 One of London's great gastropubs, The Bull & Last recently celebrated a decade in North London with a major refurb - and this ultimate guide to the pub. This covers the history of the pub, as well as showcasing the best recipes from head chef Ollie Pudney. You'll find out how to make the ultimate Bull & Last scotch egg, their steak tartare and how to recreate their breakfast sharing board among others. 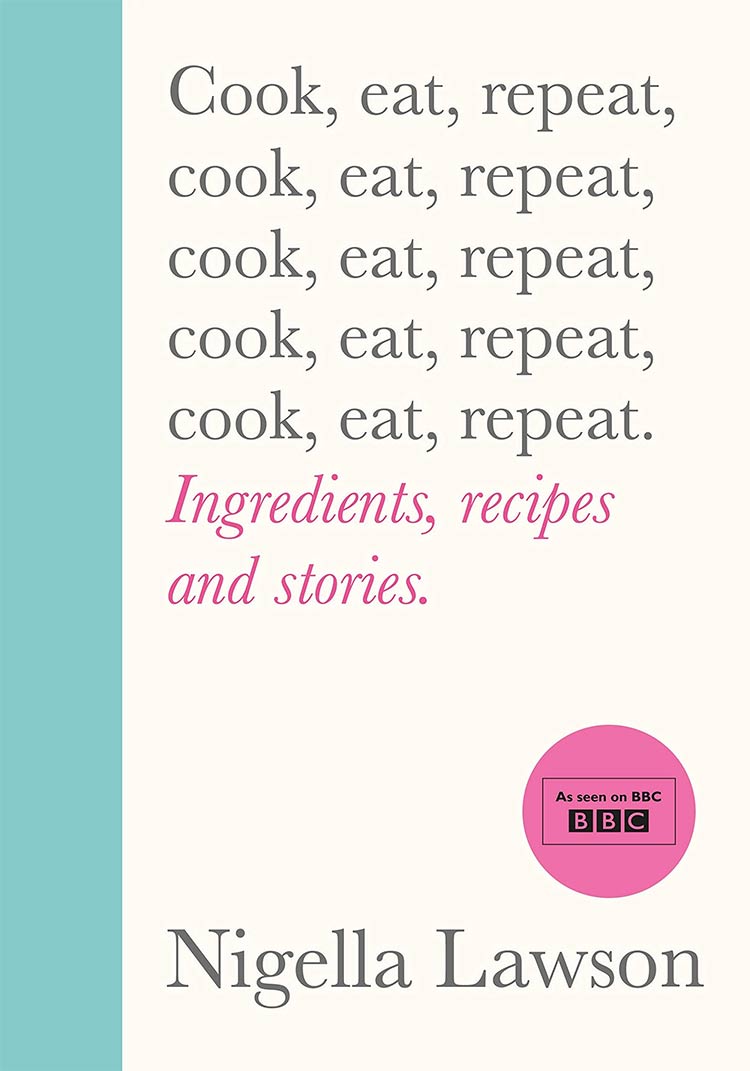 This is what will very likely become one of - if not the - bestselling books of the year. Nigella's latest book accompanies another hugely popular BBC series. As with every one of her books, there are many recipes that you want to try immediately and with chapter titles like "a loving defence of brown food", this has already completely won us over. Now you'll just have to find a leopard-print knife to go along with it. 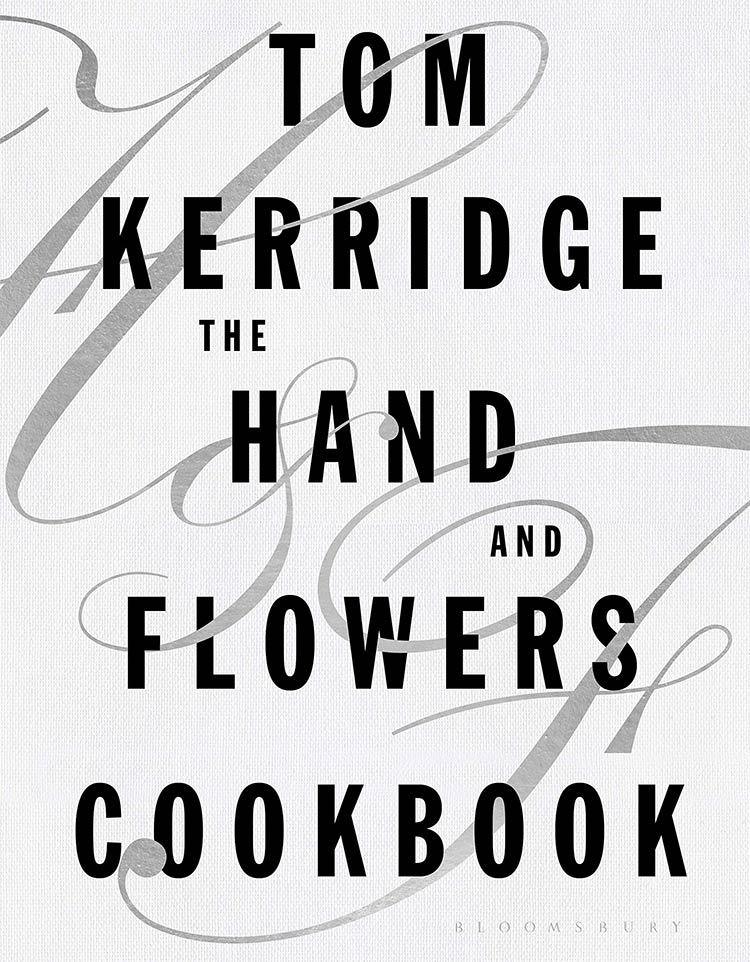 The Hand and Flowers Cookbook

Kerridge returns to the place that made his name with his latest cookbook, which centres around his two-Michelin-starred pub in Marlow. This cookbook celebrates the very best recipes from the Hand and Flowers with recipes including roast hog with salt-baked potatoes, salt cod Scotch egg with red pepper sauce and picante chorizo and Chocolate and ale cake with salted caramel and muscovado ice cream.

Buy The Hand and Flowers Cookbook 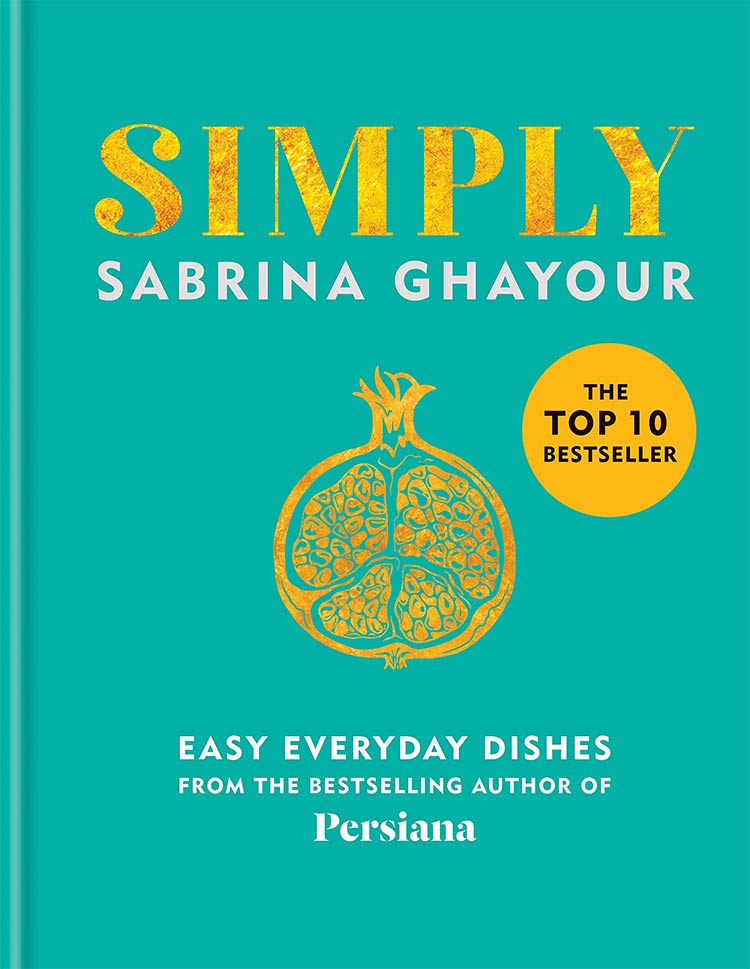 This is Sabrina Ghayour's fifth book since she stormed the book charts with Persiana. This time the focus is on food that can be made with the minimum of fuss, with Middle Eastern cooking at the heart of it. Recipes include steak tartines with tarragon & paprika butter, green & black-eyed bean baklava, baked sweet potato & za'atar chips and lots more. 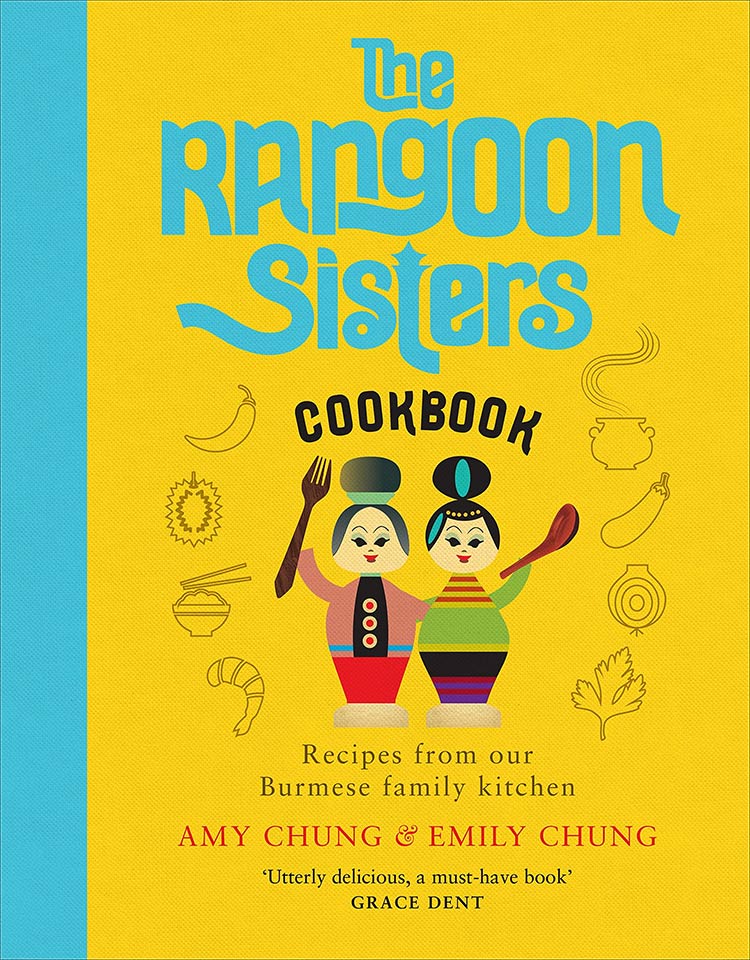 Building on the back of their popular London supperclub series, sisters Amy and Emily have somehow managed to launch their debut cookbook as well as holding down jobs as doctors. No, we don't know how they do it either. The book features recipes from their supperclub, among other family favourites, and promises to be mostly made from storecupboard staples. 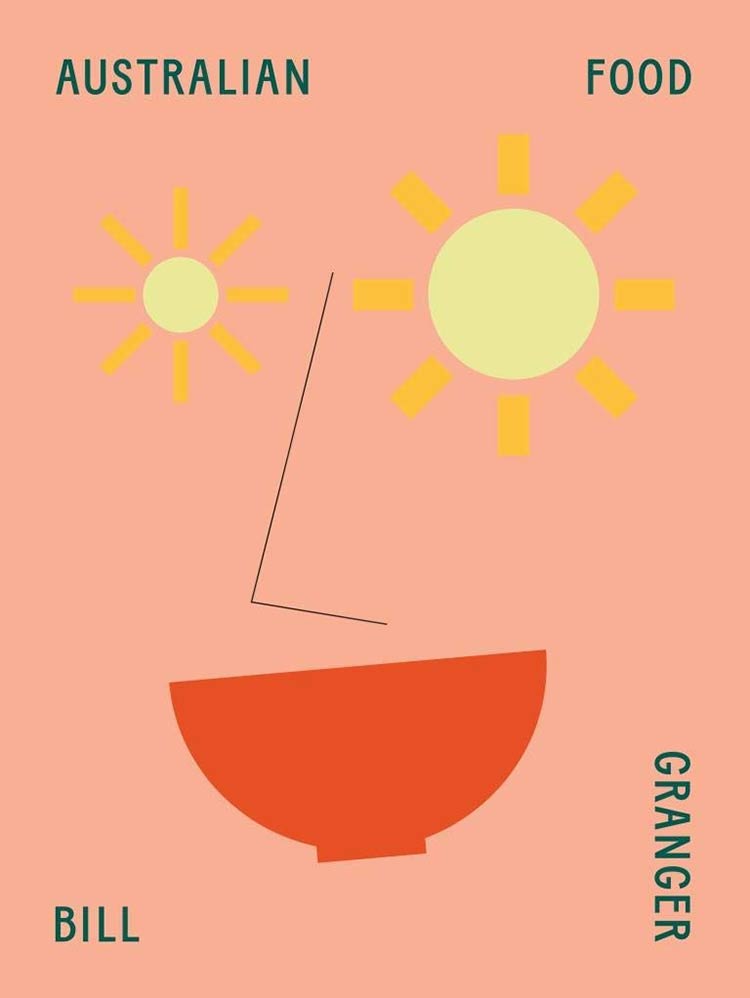 Bill Granger's Granger & Co restaurants continue to do the business in London, with brunch still luring crowds to his restaurants for those ricotta hotcakes. His latest book features the recipe for those famed hotcakes and more Aussie-inspired food including baked green eggs with roast tomatoes and chilli salsa, spiced meatballs with eggs, red capsicum and tomato and parmesan-crumbed chicken schnitzel. 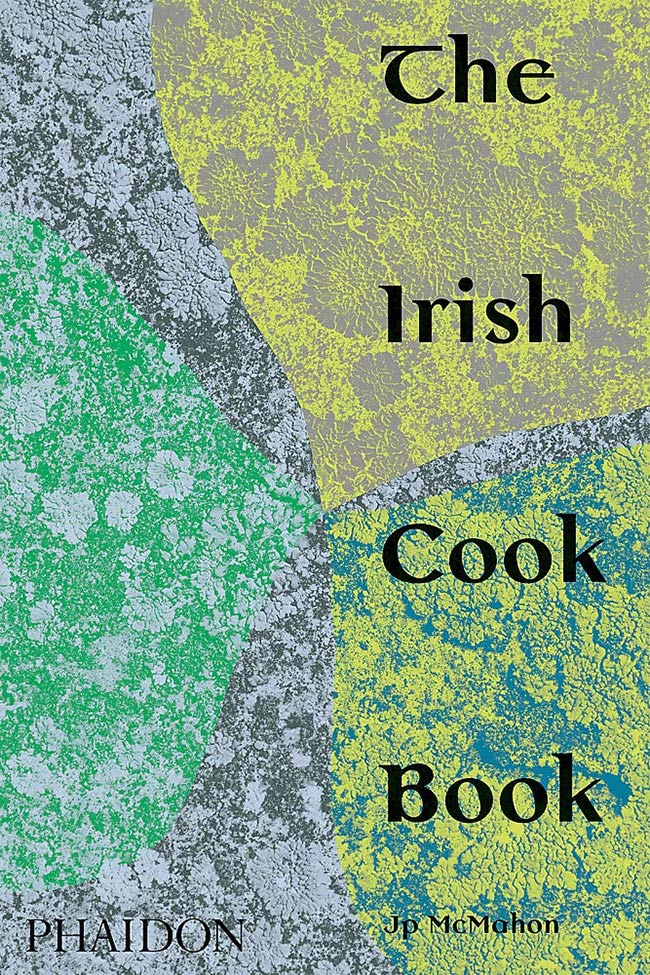 This book's a personal favourite of ours, JP McMahon hails from our second home of Galway in Ireland where he owns a group of restaurants, including the Michelin-starred Aniar. This book is the ultimate guide to the very best of Irish cooking - and what to make with the great produce within Ireland (and beyond). The book contains a huge amount of recipes - 480! - making it a fully exhaustive guide to Irish cooking. 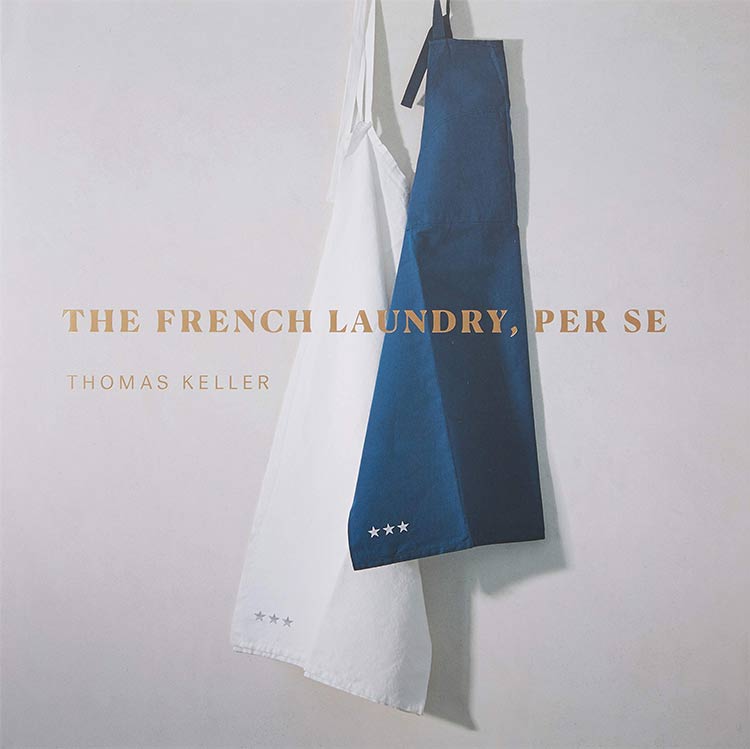 Top tier chef Thomas Keller's two US restaurants The French Laundry and Per Se are hugely influential. If you've ever felt yourself up to the challenge of making the signature recipes from them (or are just curious to know the process) this is the book for you. Lavishly presented, it's as much a book to show off on your coffee table as it is a cookbook. 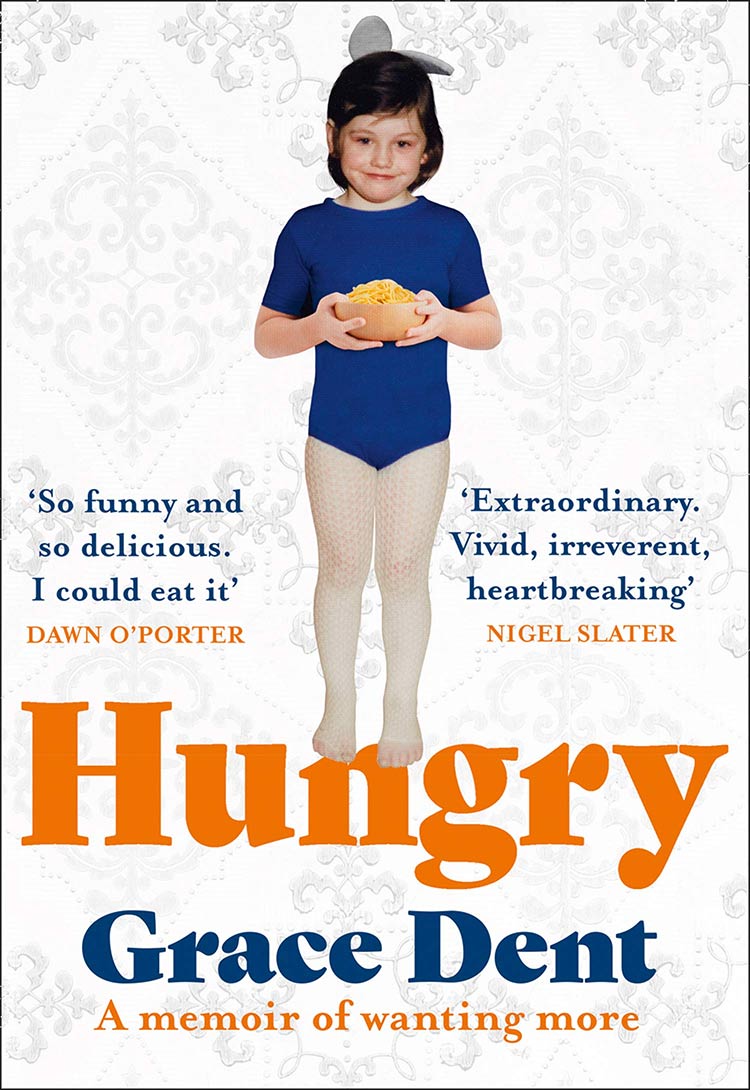 Grace Dent's autobiography will be a must for the many fans who love her writing - very much a must-buy. In Hungry she covers her life growing up and her journey to becoming the well-known food writer and critic she is today. Much of the story is centred around her relationship with her father, right through to his onset of dementia. A highly recommended book about food and much more. 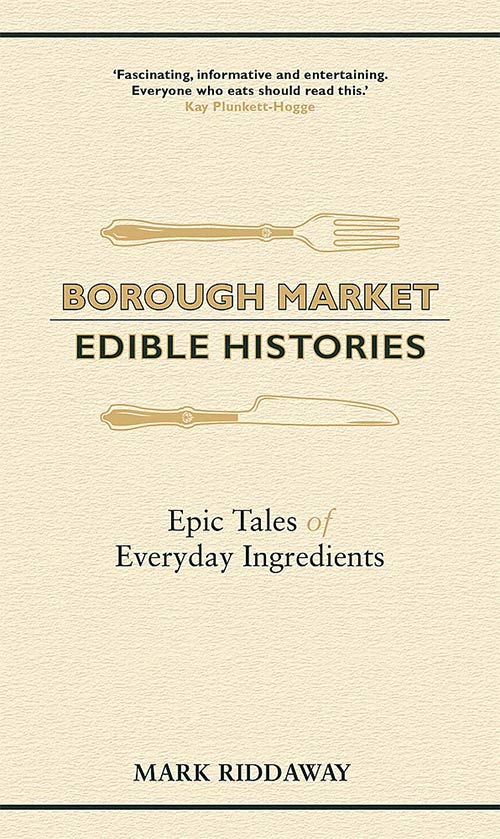 This tale of the history of Borough Market comes from a particularly unique standpoint - exploring the history of the food, produce and ingredients that have helped make the market what it is today. It covers everything from the history of 18th Century black-market tea trading to how the strawberries we eat today "had their roots in a clandestine trip to South America by a French spy whose surname happened to be Strawberry".

Hot Dinners is an affiliate of Bookshop.org and we will earn a commission if you click through and make a purchase on any of these books. The good news is, that unlike Amazon, Bookshop is all about financially supporting local, independent bookshops. So the price may be higher than it would be on Amazon, but the good news is that they give away over 75% of their profit margin to stores, publications and authors, meaning a happier Christmas for everyone.

The best new cookbooks in 2019

Still searching for last-minute presents? Whether you're dashing down to your local bookstore or - ahem - doing a quick online shop with a rather large retailer, here's our...
Read more

Stuck at home but wish you could be heading to one of your favourite restaurants? Why not try some of their best recipes yourself? With that in mind, we've...
Read more