[SIGPLUS_EXCEPTION_SOURCE] Image source is expected to be a full URL or a path relative to the image base folder specified in the back-end but /blog/2015/chase/gallery is neither a URL nor a relative path to an existing file or folder.
0
Shares

When we put a call out for chefs to come up with their most creative take on the Bloody Mary, using Chase's Smoked Vodka as inspiration, even we were impressed by the number and quality of entrants. But we had to pick a shortlist and last Friday we invited five finalists to The Running Horse in Mayfair to wow us with their drinks. 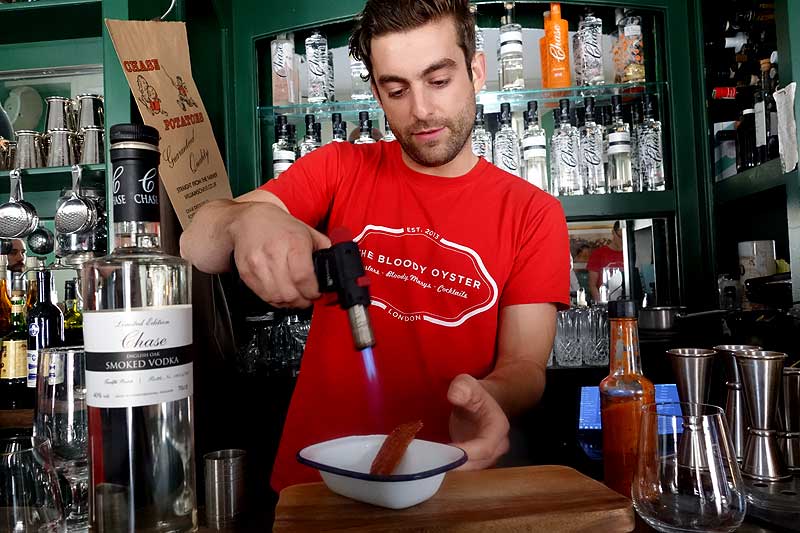 The team to go first was The Bloody Oyster, pop-up street food duo that's been wowing folk down on the south bank serving up Bloody Marys and oysters from a double decker bus. Their drink, entitled The Bloody Oyster (OK - no prizes for originality there) featured clamato juice, the Rib Man's Holy Fuck sauce, oyster liqueur and a glass rim dipped in lemon juice and then a mixture of celery salt and bacon dust. It turned out to be an incredible drink with multiple layers of taste.

Next up was Ruvel who was taking the place of chef Omar Allibhoy of Tapas Revolution who'd been called away at the last minute
to open his latest restaurant in Birmingham. Omar's drink, the Chorizo Bloody Mary featured the vodka infused with
chorizo, their own tomato juice made fresh that morning and - interestingly - both lemon and orange juice. It was finished
off with a spray of Pedro Ximinez essence. A very meaty concoction and one that made us want to follow it with some tapas,
so job done.

Dave, the senior chef de partie at Ember Yard, followed on. His Bloody Maria featured dehydrated tomatoes with chilli flaces, Strega - an amazing saffron and herb liqueur - and a LOT of garnish, namely deep-fried courgettes and a little lump of Parmesan and garlic mousse. Very filling. 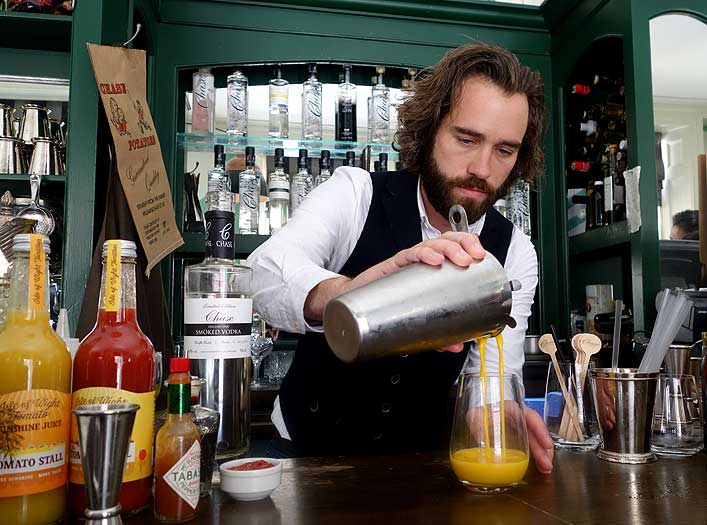 Ben Cooke from The Little Gloster on the Isle of Wight had a magic ingredient with him - gazpacho made with yellow Isle of Wight tomatoes, fresh horseradish and creme fraiche and topped off with oak smoked tomatoes, a sliver of Gloucester Old Spot pancetta he'd cured himself and a drizzle of coriander oil. For both visual impact and taste it felt like a winner. 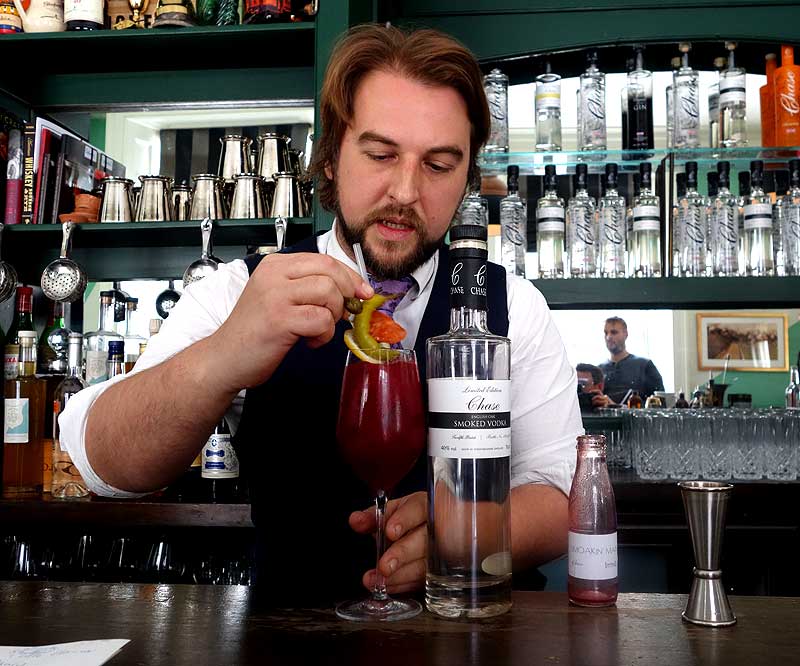 Last, but by no means least was the Smoakin' Mary by Chantelle Nicholson at Tredwell's aka Up in the Bloody Sky after
the fact that Chantelle couldn't make the final due to being 25 meters up in the air at the London in the Sky restaurant
that day. Her proxy showed us their bottled mix, made with celery, overripe tomatoes, carrots basil and fresh horseradish,
while beetroot and smoked paprika gave it a distinct purple hue. 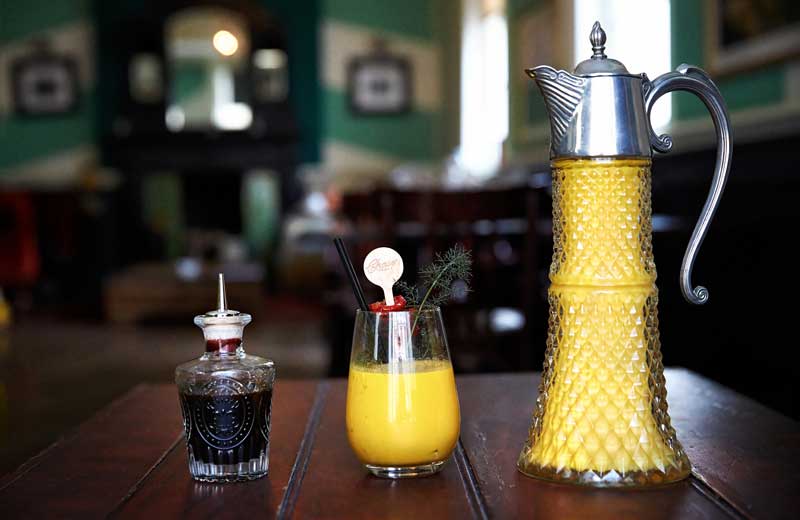 Hot Dinners and Chase Distillery's James Chase retired to ponder the five amazing drinks we'd just tried and happily agreed pretty easily on the outcome. A special mention went to The Bloody Oyster's drink, but the clear winner was The Isle of Wight Smoky Mary. Lucky Ben picked up cases of wine and vodka for his restaurant and - the best bit we think - nabbed himself a stay at the company's Provencal vineyard.

If all this has made you badly want to make your own Bloody Mary you can see the full recipes for all five of the finalists' cocktails here.