Michelin starred restaurants in London for 2016

Spurred on by a leak Michelin revealed its 2016 guide a day early- here are the restaurants that made the cut this year. For the news story and reactions to this year's guide see our Michelin 2016 story. 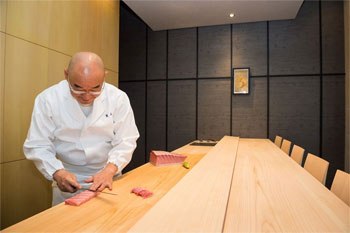 Who's the chef? Mitsuhiro Araki

Why it's rated: Mitsuhiro Araki's Tokyo restaurant had three Michelin stars before he came to London and it's been one of London's hardest to get into restaurants even before this. The restaurant can take only nine people up at the dining counter and six in a private dining room - we're almost surprised Michelin managed to score a table! It's not cheap, but it's been described by Nicholas Lander in the FT as "remarkable, and not just for the ingredients."

Find out more about Araki 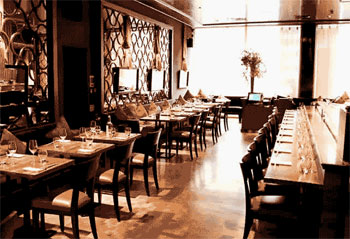 Who's the chef? Yoshinori Ishii


Why it's rated: As the only Kyoto restaurant in the UK when it first opened serving a kaiseki menu, Umu has been open for over a decade, quietly plying its trade in Mayfair. Chef Yoshinori Ishii learned his trade working in the three Michelin-starred restaurant Kyoto Kitcho in Japan. Chef Yoshi has spent his time in the UK working with British fisherman, teaching them the specialist Japanese technique ‘ike jime’ when handling the catch which he says gives the seafood at Umu a quality unique to his restaurant.

Find out more about Umu 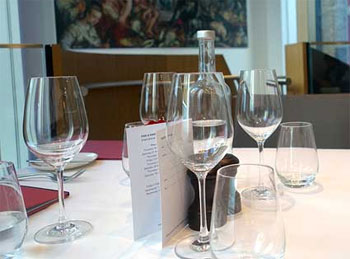 Who's the chef? Tom Kemble


Why it's rated: This beautifully sparse dining room upstairs at Bonham's auction house has been thrilling diners since it opened at the tail end of 2014. Chef Kemble learned his craft at Faviken and his thrilling dishes are beautifully matched with one of the best wine lists in London.

Find out more about Bonham's 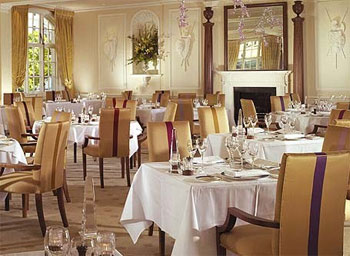 Who's the chef? Shay Cooper


Why it's rated:  The Goring is one of London's most traditional dining experiences, yet it continues to attract a new generation of fans including the Guardian's Marina O'Loughlin who felt that the relatively new incomer Cooper was "making his mark" on the dining room here. Expect classic dishes made with impeccably sourced British ingredients and served with panache.

Find out more about The Goring 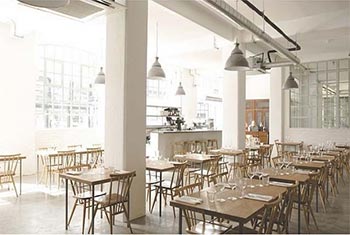 Who's the chef? James Lowe


Why it's rated: James Lowe's Shoreditch restaurant has gone from strength to strength since it opened (and is Hot Dinners' main source of flat whites in Shoreditch). It's known for a regularly-changing menu with a heavy emphasis on seasonal and foraged ingredients and attracts food world heavyweights to the dining room in droves.

Find out more about Lyle's 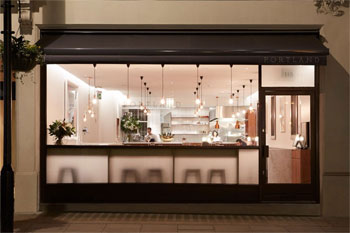 Who's the chef? Merlin Labron-Johnson


Why it's rated: The Portland is the newest restaurant on the list and comes from the same people behind Quality Chop House. It opened to rave reviews in January and has been a huge success with the nearby BBC too. It even got a perfect 10 from AA Gill who said "This is all of the best of modern eating, with the nonsense, pretension and snobbery left out."

Find out more about Portland

Michelin's Bib Gourmand awards go to restaurants 'offering good food at moderate prices'. In London 'moderate' translates to three course for £28 or less - so that's a pretty good deal for great food. This is also where Michelin gets the chance to reward more restaurants that aren't in the starched white tablecloth brigade. This year the new Bibs go to the following London spots: