If you're looking for a gift for a committed gourmand - or are equally looking for ideas on what your friends and family could stuff your own Christmas stocking with, who better to ask what to get from Christmas than the chefs in London's leading restaurants? Hot Dinners poked their heads into kitchens across town to find out what the city's restaurant folk are hoping to find under their tree on Christmas Day.

Joël Antunès Chef at Kitchen Joel Antunès
"I'd really like to get a Corzetti stamp (for pasta), which can only be found in Italy." 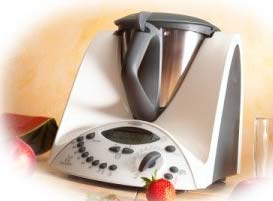 Tom Byng Founder of Byron
“I’m fond of vintage watches. I’m going diving in Sri Lanka this Christmas so my perfect Christmas present would be a vintage Rolex Sea-Dweller. But it’s a dream really. A hamburger phone from my children is far more likely.”

Tom Cook New head chef at Le Pont de la Tour
"I'd love to see a Thermomix under the tree! In the modern professional kitchen it's invaluable and I don't currently have one...they're brilliant for making custards, emulsions such as hollandaise, parfait mixes, bases for ice creams. It's gentle enough to temper chocolate too."

Brendan Fyldes Chef at The Lyttelton at The Stafford by Kempinski
"A flight ticket to go to Franscchoek, South Africa, and try all the amazing wines and restaurants of the city."

Kevin Gratton, Head Chef at Hix Soho,
"A few weeks ago I found myself hunting truffles in Somerset, and was surrounded by some lively 5 day old Gloucester old spot pigs, whose parents were responsible for locating the truffles in the first place! Since that trip the farmer has promised me one of these lovely suckling pigs which will be just ready in time for my Xmas feast!" 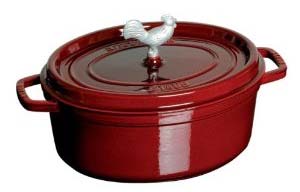 Chris King, Chef de Cuisine of Roux at The Landau,
"If I could justify the price, and convince my wife I need anything new in the kitchen, I’d love a Staub Coq Au Vin Cocotte for Christmas. It’s the little cockerel handle that does it."

Christina Larsson, Champagne Angel at The Balcon
"I would prefer to find my Christmas present in a Champagne glass, than under the tree - this year I would like to receive a bottle of Jacques Selosse rosé from Santa."

Ian Leckie, Head chef @ Sam’s Brasserie, Chiswick
"My own smoker for the kitchen."

James Lowe, Young Turk
"Well, because we set up the kitchen at The Ten Bells so quickly, I took the cooking equipment from my flat, meaning I now don't have any frying pans at home. So I'd like a new All-Clad or Mauviel pan to replace those getting trashed at the restaurant! I'm such a sucker for really well-made, solid (and expensive) kitchen equipment." 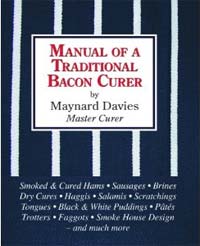 Isaac McHale Young Turk
"I would like to receive 'Manual of a traditional bacon curer' by Maynard Davies for Christmas."

Martin Morales of Ceviche
"I want to have a HOT Christmas so a bottle of my favourite Peruvian chilli sauce: Amarillo by Rico Picante. A bottle of Qollque's Mosto Verde Pisco from 2008's harvest. A Turron de Doña Pepa: colourful anise sticky Peruvian cake and a signed copy of Cherman's latest work. Cherman is Lima's answer to Banksy but his medium is print art."

Gerald Mirey, head chef of The Garrison
"I'm looking for black garlic, as it's a new ingredient I'd love to try cooking with but can't find anywhere, or some Wusthof knives. They're sharp, nice and heavy, great to handle and important in a busy kitchen, resistant to shock."

Naved Nasir, head chef of Dishoom
"For Christmas, I'd like tickets for a holiday -- somewhere hot so I can escape the cold January blues in London and get some rest after all the Christmas parties we're throwing at Dishoom." 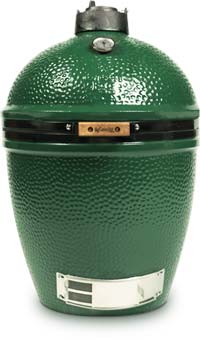 Ashley Palmer-Watts Head Chef at Dinner by Heston Blumenthal
"A bundle of accessories for my Big Green Egg."

Wolfgang Puck Wolfgang Puck's Cut
“I would love to receive an invitation to stay in the Penthouse at 45 Park Lane during the Olympics next year, where I could entertain my friends on the terrace whilst enjoying the magnificent view of Hyde Park!”

Oisin Rogers - The Ship in Wandsworth
"Got four little girls so hoping there'll be loads of presents for them to keep them happy. Meanwhile my fingers are crossed for a Thermomix. Use it at The Ship. Bloody awesome machine."

Vivek Singh, executive chef of Cinnamon Kitchen
"I'd love to meet Santa! Wouldn't it be great if I came down in the morning and found him waiting for me with my morning cup of tea?! I'd also quite like a Nikon 1 J1 camera - in red, preferably."

Ben Spalding, Chef at Roganic
"I'm looking forward to having lingonberry as I'll be spending Christmas in Sweden and I'd really like to have a Bragard The Grand Chef Jacket."

Alan Stewart, Head Chef at Manson
"For Christmas, under the tree this year I would like to find a Thermomix blender, they are wonderful for making parfaits, ice cream and smooth purees. The Rational convection oven looks brilliant too, and would be perfect for baking my sour dough bread or steaming suet pies. It has so many different functions and settings – I would love one in my kitchen."

Jun Tanaka, Pearl
"‘It’s been pretty hectic at work so unfortunately, I have missed the whole series of ‘The Frozen Planet’. The DVD boxset would be the perfect gift, I would watch it back to back on Christmas day with a bottle of wine and some mince pies."

Marcus Wareing, Marcus Wareing at the Berkeley
"A copy of a book about Steve Jobs, and the time to read it! I would also like a tidy house." 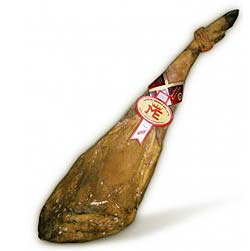 Alyn Williams, Alyn Williams at the Westbury
"A juicer and a bottle of Vega Sicilia 1972."

Alex Wrethman at Charlotte's Bistro in Chiswick:
"My wonderful wife got me a whole Jamon Iberico complete with stand and knife a couple of years ago for our first wedding anniversary. I actually never bought more ham so it would be nice to see a nice big Jamon under the tree this year! It's an amazing thing to have in your house for a party or just to eat yourself whenever you fancy it."

And if, for some reason, you're in any way stuck for present ideas - here's a list of hampers available from London restaurants this Christmas.

Here's hoping that Santa brings all of Hot Dinners readers, everything their greedy little hearts (and stomachs) desire!