Our comprehensive Coming Soon section is updated on a daily basis every time we hear the tiniest hint of a new, interesting restaurant opening in London. Right now there are 50 places we're covering that are due to open by the end of the year. But which of those are the really big ones worth knowing about?

We've looked over the coming months and picked out five restaurants opening before the end of the 2014 that you'll want to have firmly on your radar. These are restaurants we predict will have a rather large fuss made over them. And some of them will even be worth those column inches... 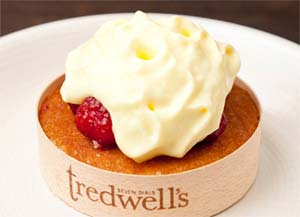 This is Marcus Wareing's first new restaurant since The Gilbert Scott but it also marks a step in a different direction for him too. He's acting more as a restaurateur, backing the opening of Treadwell's and letting Group Operations Director Chantelle Nicholson lead things, with chef Andrew Ward in the kitchen.

Despite Wareing taking a behind-the-scenes role, it's the first big central London opening to get a huge amount of buzz this Autumn with all eyes on Wareing to see if he can follow Jason Atherton's ability to open critically and commercially successful diffusion restaurants.

Where is it? 4 Upper St Martin’s Lane, London WC2H 9NY 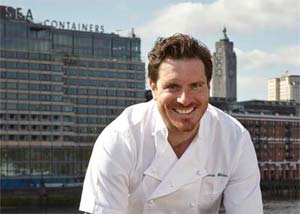 Over the past few years of all incoming chefs and restaurateurs from foreign parts opening up places in London, the Americans probably have the best track record with Boulud, Puck and Meyer's Shake Shack opening places that were well-oiled machines from Day 1.

In some respects, Seamus Mullen is much less known on this shore than those already mentioned, but his New York restaurant Tertulia is very highly regarded, and the strong positioning within the Mondrian (plus a very promising bar by Mr Lyan) all helps. It also doesn't hurt that Sea Containers is housed in an iconic London building, and in an area of the South Bank that's in dire need of a destination restaurant.

Where is it? Mondrian Hotel at Sea Containers, 20 Upper Ground, London SE1 9PD

After tearing up the Michelin rulebook at Petersham Nurseries, expectations have been sky-high (pun absolutely intended) for Australian chef Skye Gyngell's next move. Since leaving Richmond, her search for the right site took way too long for her legions of fans.

Her upcoming restaurant at the the New Wing of Somerset House means not only the return of Skye's cooking to London but also offers Londoners the chance to see a new part of another iconic London building, which hasn't been open to the public for 150 years. An early look at the menu reveals sounds pretty special and the interior ought to be spectacular too.

Where is it? Somerset House, Lancaster Place, London WC2R 1LA 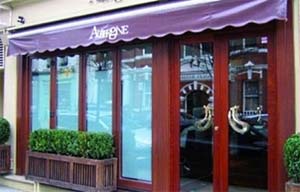 Gordon Ramsay's recent openings have been, how shall we put it, rather on the quiet side, with London House in Battersea having one of the most under-the-radar openings (given the big name involved) that the city's seen for a while. Ramsay has another restaurant out before the end of the year - Heddon Street Kitchen - but it's this one in Chelsea that's of particular interest. The reason being that it's the site of the restaurant where Ramsay's career really took off and where he left under a cloud, taking his staff and the legendary reservations book with him.

How big a deal this return will be will depend on how much Ramsay's willing to put himself out there with this launch. He's had a somewhat turbulent relationship with the British press but we'd say he needs to bite the bullet and do a little promoting if this is to be a success for him.

Read more about it 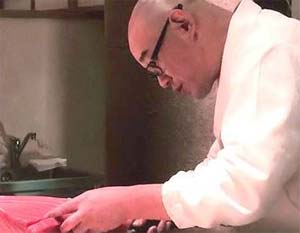 London could always benefit from more good sushi restaurants and this one from three Michelin starred Mitsuhiro Araki comes with sky-high expectations. And it's no 'name over the door but the chef's not home' restaurant. Araki has moved here to London to open it.

On the downside it's only going to have nine counter seats (and a further six in a private dining room), so expect this to be even harder to get into than Sushi Tetso.

Where is it? 12 New Burlington Street, London W1S 3BH

Find out more about The Araki

Bubba Gump. It may be easy to dismiss the first British outpost of the American chain but nothing on Hot Dinners gets more hits right now than our story about the opening. It will be huge, mark our words.

Bad Egg. Neil Rankin can do no wrong at the moment, it seems. We know very little about this new venture at the moment, but his legions of fans will definitely make it a hit.

Duck and Rice. A long time coming, but this revamp of the Endurance into a Japanese pub from Alan Yau is worth keeping an eye on.

StreetXo. This sees Spain's three Michelin starred DiverXo chef David Muñoz bringing his street food inspired spot to London. If he pulls it off, it'll be a big draw but fellow Michelined-up Spanish restaurant Ametsa with Arzak instruction didn't fare too well with the critics initially, so simply bringing the brand over is not necessarily the ingredients for a hit. So this one has great promise at least

There are LOADS more on our ever-changing Coming Soon page. Bookmark it to make sure you're always in the know...