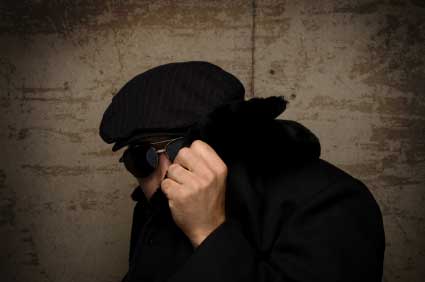 When LA Times restaurant critic Irene Virbila was ‘unmasked’ by the owner of a Beverly Hills eaterie last last year, critics either side of the pond reacted with a kind of gleeful schadenfreude.

Virbila’s success had proved her downfall – despite the lengths that she took to protect her anonymity, including booking under an assumed name, returning to a restaurant two or three times to judge its fare accurately and never allowing indentifying photos to be published, Red Medicine’s owner Noah Ellis recognised her and refused service, citing bad reviews of his friends and colleagues’ restaurants as motive.

As a final act of spite, staff snapped a photo of the critic leaving and published it on their blog – effectively ending a 16-year span of anonymity for the LA Times writer.

As Virbila reluctantly joins the ranks of universally-recognized critics, food writers and reviewers across the world are left wondering if critic anonymity is still realistic or a relic of a bygone era. We asked UK restaurant critics and writers for their take.

"I think we all heard about [the incident] with a certain grim amusement," said Tim Hayward, Guardian writer and editor of Fire and Knives. "Assuming the critic was not a member of some primitive tribe who believes that a photo steals her soul, she has lost nothing but the anonymity which, in the long run, if she's a half decent writer, shouldn't affect her career."

In the UK, the myth of the truly anonymous and objective critic may be disappearing fast. Terry Durack famously dismissed the idea of invisible ‘cloak and dagger’ critics in The Independent by pointing out, “I have yet to find a restaurant that can go from being bad to good in the time it takes me to walk from the front door to my table.”

The measure of a reviewer is in the quality of their prose, and whether you lend credibility to what was said. Anonymity is overplayed - Jay Rayner

In some circles, the notion of going to great lengths to fly under the culinary radar is met by derision. "Americans are so falsely precious about this,” claims the Observer’s Jay Rayner. "The question isn’t how beneficial anonymity is – but how detrimental a lack of it is. The measure of a reviewer is in the quality of their prose, and whether you lend credibility to what was said. Anonymity is overplayed."

As reliance on anonymity fades, first-night reviewers are going to increasing lengths to demonstrate their objectivity – picking out poor service doled out to the rest of the dining room, or judging hotly anticipated new ventures with a harsh eye. "People often ask whether I know what it’s like to have your life work’s judged”, Jay was keen to add, “and the answer’s yes – I write novels, and have had them reviewed. I don’t take any of this lightly."

But is promising objectivity enough? Many doubt whether an established – and easily recognizable – critic can hope to replicate the experience of the average diner, and report back on it faithfully. The Independent’s Lisa Markwell recalled a recent outing at the hands of her daughter at Kopapa, and several writers challenge the notion that service doesn’t automatically jump up a few notches for a recognized name  - and pen.  "I've sat in a couple of big restaurants - unrecognised naturally, and entirely ignored - while a big name critic dined at another table and I can assure you that nothing sucks the service standards out of a room quite like an established critic in the middle of it," confides Tim.

Metro’s Marina O’Loughlin, one of the few leading critics left who maintains professional anonymity, reports on seeing the difference first hand. "I'm frequently shunted into the worst seat in the house because I often dine with female chums à deux, the business's least favourite type of table after stag parties (gals don't tip, apparently). Recognition grants you better, more attentive service and little extras you wouldn't experience as a regular punter - and my aim is to report on the experience of that same regular punter."

Those who argue against anonymity - usually along the lines of 'a bad restaurant doesn't become a good one when you're recognised' - have other agendas, usually to do with profile - Marina O'Loughlin

With the rise of chameleon writers and reviewers – working across restaurant reviews, entertainment and features, disappearing anonymity could be a simple casualty of building a personality brand. Marina sees mixed motives at play.

"Those who argue against anonymity - usually along the lines of 'a bad restaurant doesn't become a good one when you're recognised' - have other agendas, usually to do with profile. It's obvious you're not going to be able to have your own TV show etc (and that's where the money is, naturally) without showing your mush.  Fortunately, since nothing I've been offered so far seems quite right, I'm happy staying under wraps."

Another critic who agrees with Marina is Time Out’s equally camera-shy critic Guy Dimond.  “For some years before I became Food & Drink Editor of Time Out London, I'd witness recognised critics being given preferential treatment - sometimes blatantly, sometimes subtly,' he told us. 'This might range from getting the best table, particularly friendly or attentive service, extra care taken in the kitchen and at the pass, or being allowed to linger while other diners have their table turned, among many other small favours - which together add up to a quite different restaurant experience. We want to reflect the experience that most of our readers are likely to have.”

Whether anonymity is the ultimate expression of a pure art, or an unnecessary affectation remains open to conscience and interpretation. For restaurateurs like Richard Corrigan, who last year showed BBC's The One Show his handy crib sheet with headshots of everyone from Coren and Gill to MacLeod and Rayner as well as their likes and dislikes, but with no shot of Marina, it’s clear that chefs and restaurant owners feel it's important to know when a key critic is in your restaurant.

Read the latest from the critics in the Hot Dinners restaurant review charts.