Burger & Beyond's next stops are in Soho and Borough Yards 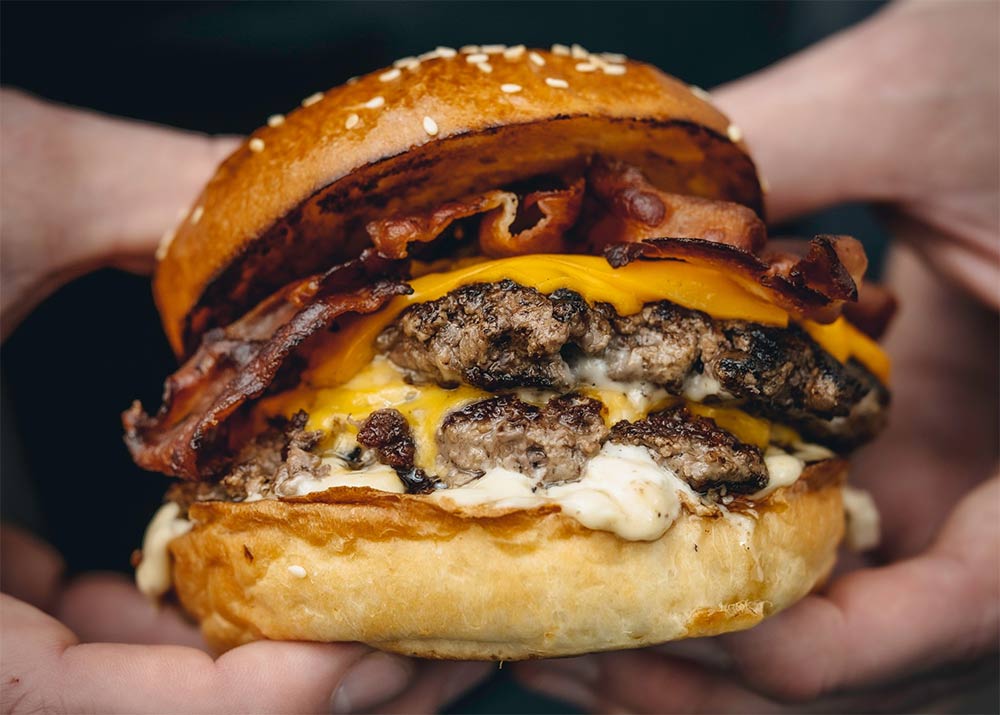 Burger and Beyond have had a pretty successful two years, all things being considered. They were one of the very first restaurants out of the door with a meal kit once the first lockdown arrived and they became a big hit (and they're still available too). Now, they've returned to real-life, mainly concentrated at their eat-in restaurant in Shoreditch (alongside their delivery and takeaway sites). That is about to change, with two new restaurant openings planned - in Soho and Borough.

First up will be in Soho, where they'll open on Old Compton Street, taking over the old Temakinho site and it promises to be their largest restaurant. Following that will be a restaurant in the new Borough Yards development and that will be the group's only restaurant with a terrace.

Ad for the burgers (which are among London's very best), they're made with Swaledale beef that's dry-aged for between 28 and 45 days. The patties are then used to create some of their top sellers, like the Bacon Butter Burger, topped with American cheese, burnt butter mayo, onion and crispy pancetta bacon (it's very good indeed). The tater tots and fries topped with bone marrow gravy and cheese curds will also make an appearance.

The new restaurants also bring with them new burgers and sides. Soho will have the XL Pork Belly Burger which is a dry-aged beef patty, double American cheese, thick-cut crispy rolled pork belly, pickleback slaw & sweet honey mustard sauce. It will also have a crispy cheeseburger stuffed wonton with burger sauce on the side.

At Borough Yards, there will be The Legit Truffle - that's a dry-aged beef patty with double American cheese, seasonal fresh black truffle, black truffle butter and port braised onions. Borough's exclusive side will be Birria braised beef and Ogleshield cheese inside a crispy filled pancake with a lime, jalapeño crema & chipotle salsa dip.

More about Burger & Beyond