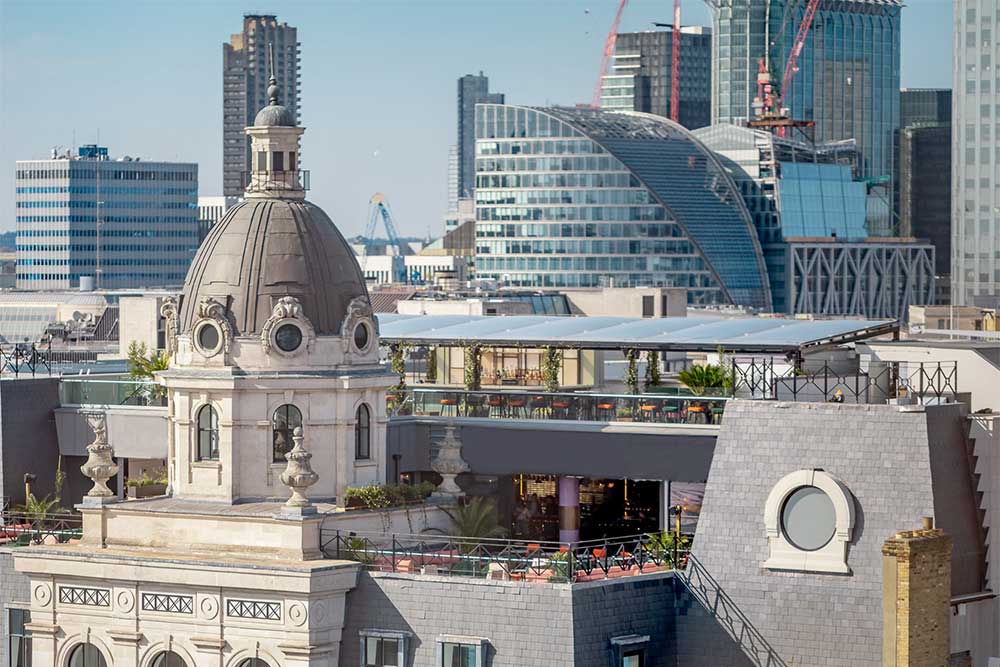 The City is getting a new rooftop bar and restaurant from the team behind Aviary at Finsbury Square. Wagtail will take over the rooftop space of the old House of Fraser building on King William Street. It's by Maven Leisure which itself is owned by the team behind ETM Group who operate, among others, Aviary, The Botanist on Sloane Square and the Chiswell Street Dining Rooms in Moorgate. And they've brought in some interesting people to help run the food and drink side of things.

The Bar at Wagtail runs over the rooftop terrace, will have 360 views over the City and a drinks list by Angelos Bafas, previously of Aqua, alongside a small plates menu. Downstairs from that (but also with great views) will be The Restaurant and Terrace at Wagtail where Executive Chef, Phil Kearsey (ex-Corrigan's Mayfair) will be showcasing a seasonal menu. They're also planning a private dining room space too up in the building's cupola which will serve up feasting menus.

All in all, it's an interesting addition to the building (which should still also be housing a new Corbin & King City restaurant).