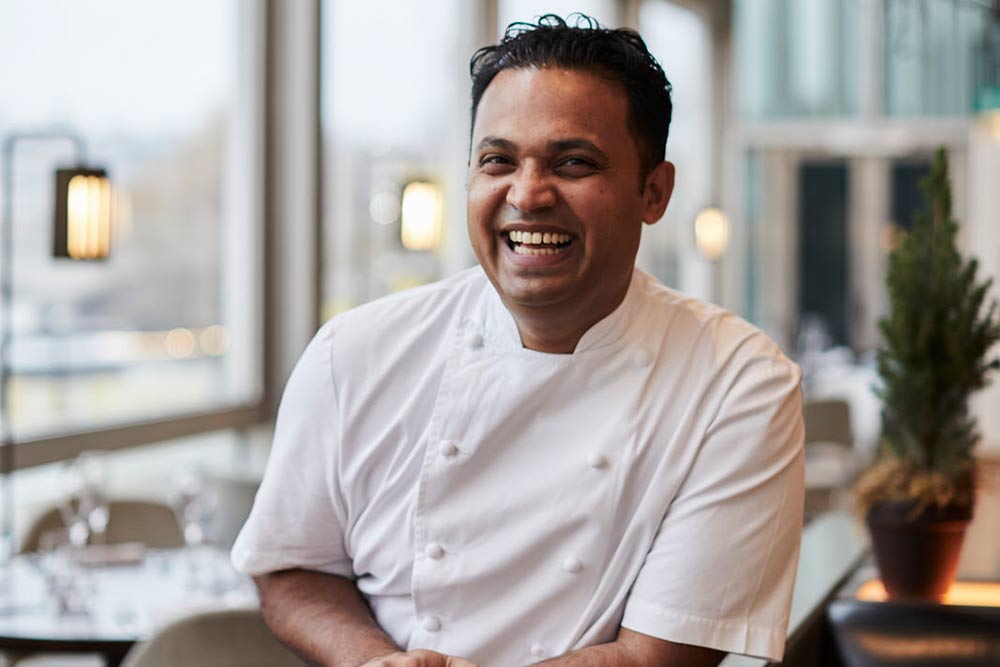 Over in Mayfair at the top end of Berkeley Square, a new food thoroughfare is emerging on Bruton Place. Right now it's home to both the Guinea Grill and Bellamy's - and more recently has seen the Gentlemen Barristas and new lifestyle cafe Lali open.

Now, work is progressing on a huge new restaurant which will see the former head chef of Petrus, Larry Jayasekara open his first solo restaurant there. Jayasekara, whose CV also includes such A-list restaurants like the Waterside Inn, Michel Bras and Le Manoir aux Quat’Saisons, has gone into business with businessman and gallery owner Tim Jefferies for the opening.

The restaurant will take up four floors of a mews house on the street and we don't know much about it yet except that it'll have an open kitchen and a private dining room. Early reports suggested that it could be called Tila - but that's still to be confirmed.

In addition, the pair will also open a deli and takeaway across the road from the restaurant at 38 Bruton Place.