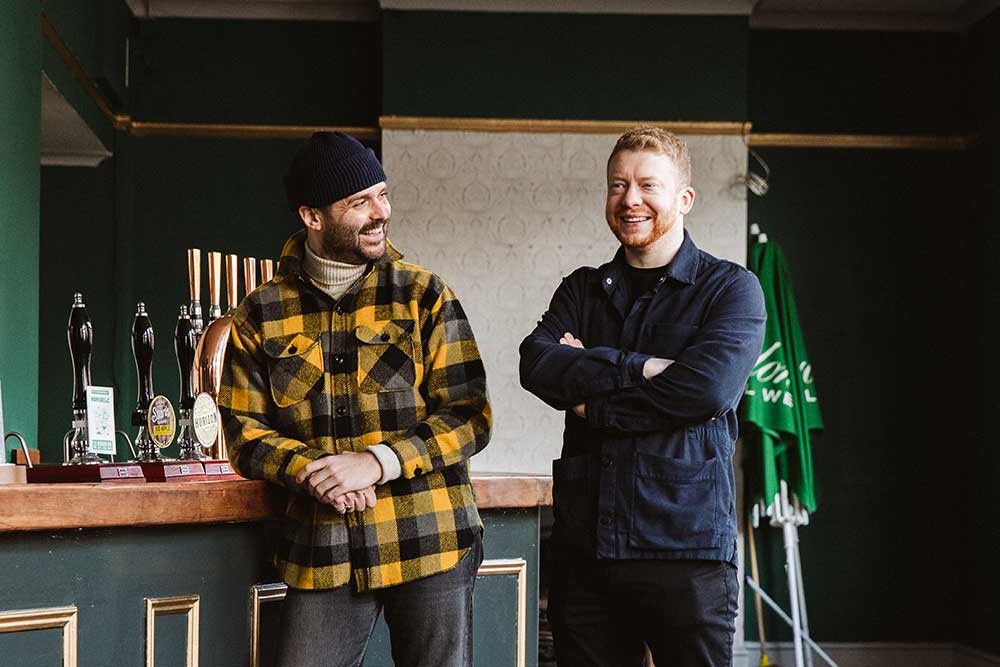 A look at a chef or manager's CV while it doesn't tell you everything about them, does give you a fairly good indication of what to expect. So when we heard that the team who are reopening the Islington pub The Baring worked at places including Dabbous, Kerridge's Bar and Grill, Orasay and Six Portland Street we felt quietly confident that it would be an interesting opening.

The team in question are chef Rob Tecwyn (he's the former head chef of Dabbous) and General Manager Adam Symonds, who first met when working at the much-lauded Highgate gastropub the Bull and Last. The pub itself was formerly called The Poet and can be found on the fringes of Islington and Shoreditch, not too far from the Regent's Canal.

As you might expect, from any new London opening, the principles behind The Baring will be seasonality and provenance with a low environmental impact. If you're wondering what that means for the menu, here are a few dishes to give you an idea:

And yes, of course there will be a Sunday roast offering.

The pub's beer list will include a rotating selection from breweries like Burning Sky, Little Earth and Five Points with a focus on spontaneous fermentation beers. Wines will come from independent, low intervention winemakers and there'll be a short cocktail list featuring London-based spirits and cordials they make in-house.

“Opening large, lively restaurants such as Kerridge’s reignited a desire to bring such conviviality back to a more local setting,"says Rob. "Adam, I knew, shared the same vision: to bring simple, ingredient-led food, cooked well, to the table."

All this bodes well for Islington locals who'll be pleased to see their neighbourhood pub open again.

More about The Baring