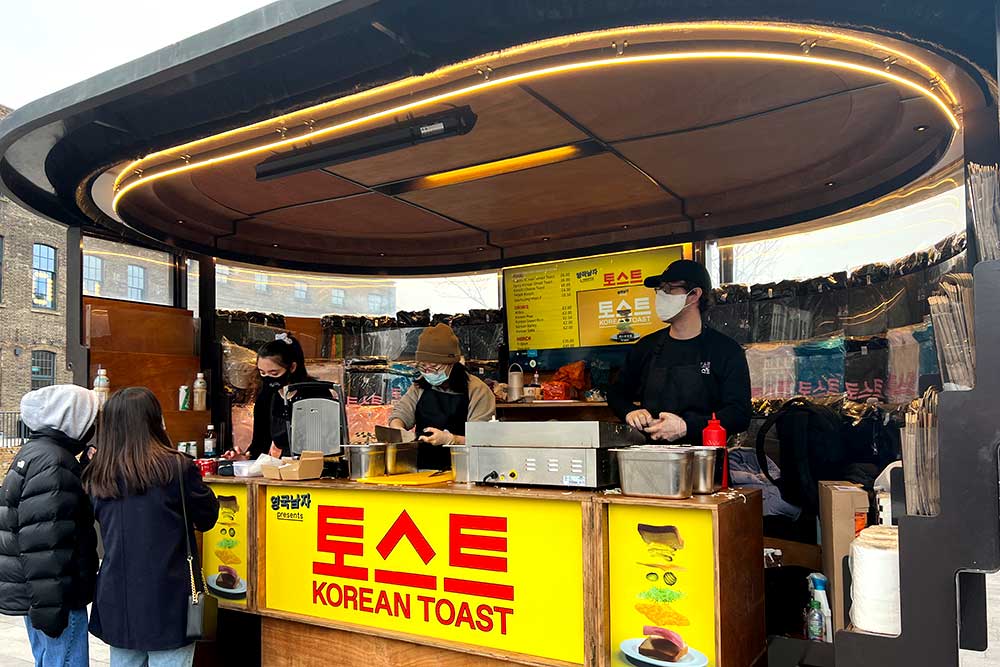 If you missed it late last year (as we did), then you'll definitely want to catch one of the hottest pop-ups in town right now.

Korean Toast comes from the hugely popular Korean Englishman YouTube channel, a channel created by Josh Carrot and Ollie Kendal which is devoted to getting people to try Korean food for the first time. In addition to introducing friends and family to the delights of fire noodles and Korean BBQ they've roped in various celebrity participants in their videos from David Beckham to Will Smith and Arnold Schwarzenegger. They even managed to line up the Avengers cast to try a line up of Korean dishes.

Their pop-up food truck first launched in the run up to Christmas in King's Cross. That has a more limited approach focusing specifically, as you might have guessed from the name, Korean toasted sandwiches (on bread that's been imported from Korea). So there's classic Street Toast (ham, egg, cheese, pickle), "Jang" Spicy toast and a kimchi cheese toastie. Alongside that, you'll find Korean drinks.

It's definitely one worth hunting out on a spare lunchtime, we'd say. Just be prepared for the queues!

Where is it? Granary Square, Kings Cross London N1C 4AA