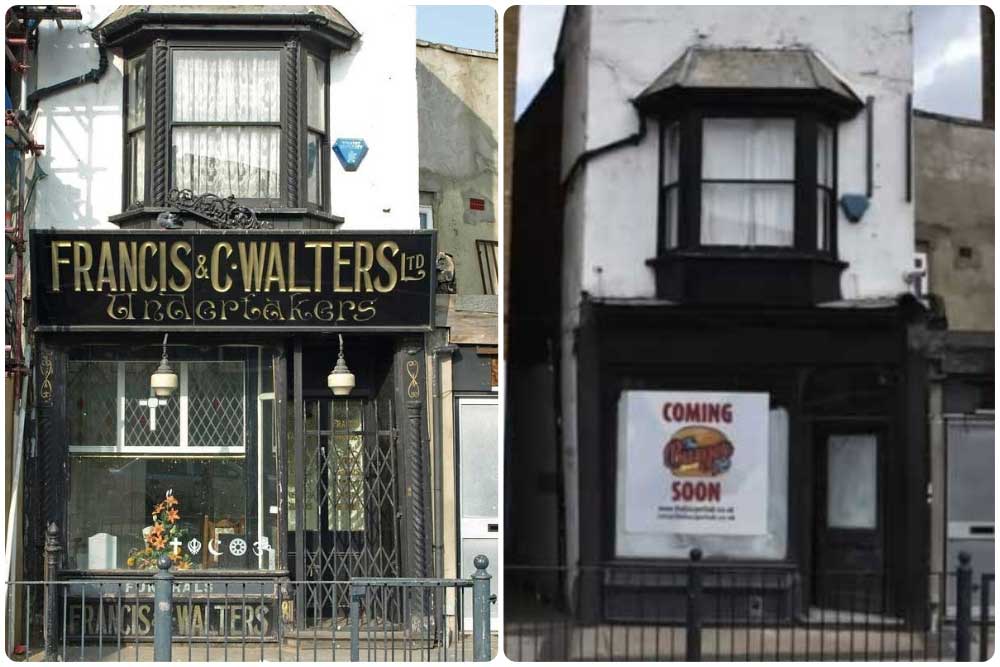 From Victoria funeral parlour to burger joint, a listed building in Limehouse is coming back to life after years of neglect.

Francis J Walters on Commercial Road used to have the most ornate facade, until a succession of rubbish owners stripped and painted the Grade II listed building and refused to comply with Tower Hamlets' enforcement orders to restore it.

But now it's come under the auspices of new owners who (thanks to IanVisits for the original story) have brought in a burger company tenant and, at the same time, are woring with the Heritage of London Trust to restore the outside of the building to its former glory.

It's a brave new business which doesn't mind having a large gold undertakers sign being replaced outside, while having to keep all branding for their business inside the shop. So, if you are in the area, you should probably give The Burger Hub a bit of business. 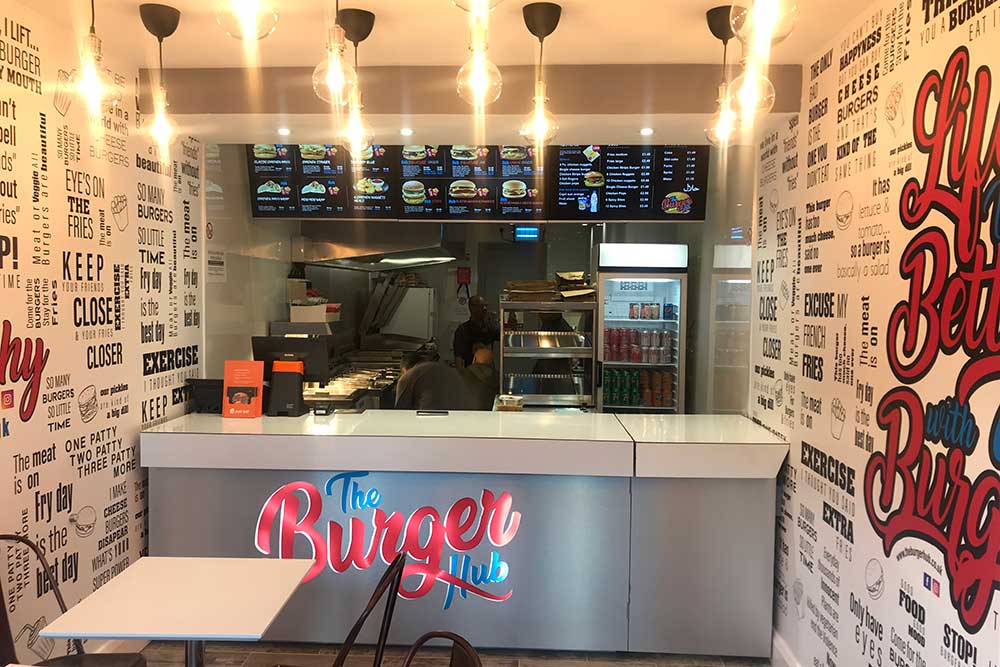 More about The Burger Hub