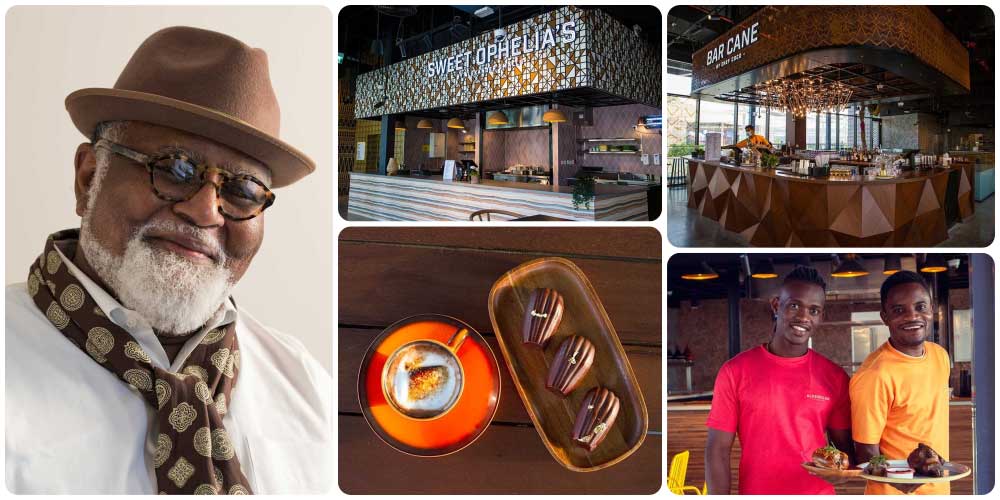 London hasn't had a brand new food hall since the pandemic started - and much of what we do have has been closed on and off over the past two years. So it's good news on all fronts to hear about a new place opening that also promotes a more diverse food offering.

Alkebulan will be a food hall celebrating African cuisine. The company behind it, TGP International, were responsible for 3 Henrietta Street in Covent Garden which brought together a number of chefs under one roof. They're also behind the openings of cookie company Floozie, The Lebanese bakery in Harrods and Chestnut Bakery.

Key to this project though is the man they've teamed up with to curate the food itself - chef and restaurateur Alexander Smalls. Smalls is one of those crazily talented renaissance men - he's not only a Grammy-winning opera singer, but also a James Beard-winning chef who owns The Cecil and Minton's in New York.

The partnership premiered their Alkebulan concept at EXPO 2020 Dubai. There, the offerings included a cocktail bar from Nairobi's five star hotel Tribe, East African seafood from chef Kiran Jethwa and Smalls' own Sweet Ophelia's. In Dubai Smalls also brought in a roster of chefs from all over the world to get involved including London's Afro vegan chef Gloria Kabe and pastry chef Moos Akougbe who reached the quarter-final in 2020's MasterChef The Professionals. There's no word yet on whether they'll continue to be involved in the new halls being opened but there will be 10 chef-led spaces in total.

As Smalls explains; "Despite its rich culinary heritage, African cuisine has been overlooked and underestimated for many years. With Alkebulan, we look forward to bringing its diverse and spectacular culinary palates to the forefront by introducing a unique dining concept to two of the world’s most thriving food destinations."

Alkebulan aims to not only offer well known chefs a showcase - it'll also run an incubator programme to support up and coming businesses. "We see London and New York as the perfect markets to expand," says TGP International's Founder Simon Wright, "putting Alkebulan on the map as a globally renowned destination for African cuisine. This is not just a dining destination but a community project that supports upcoming African talent and provides a platform for Africa’s next generation of creators."