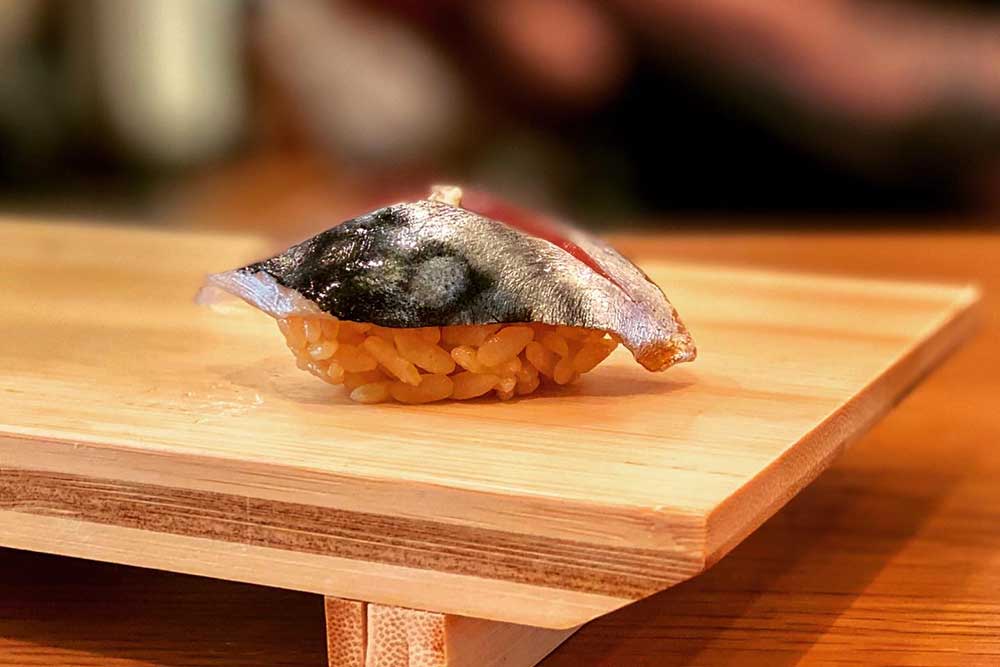 If you had been planning a trip to Japan until it closed its borders, well, we have some news that may console you on the food front. There’s a new restaurant from two accomplished Japanese chefs coming to Mayfair called Roji.

The name Roji can translate as either ‘journey/path’ or ‘hidden alley’, which is appropriate enough, as this is a little sanctuary tucked down a Mayfair back alley. In fact, you’ll need to be swift with your reservations, as it’s an intimate 10-seater situation from husband-and-wife chefs Tamas Naszai and Tomoko Hasegawa. And when we say ‘accomplished’ chefs, it’s no understatement: Both Tamas and Tomoko previously worked at Tokimeitē in Mayfair, a restaurant specialising in high-grade Wagyu. Tamas is also a two-time winner of the Japanese Culinary Art Competition and Tomoko has also worked at the three-Michelin-starred L'Abysse au Pavillon Ledoyen in Paris as well as Ginza Shimon in Tokyo.

The people behind Mayfair’s Chisou and Great Portland Street’s Sushi Atelier are teaming up on the restaurant - and that means that customers of those restaurants will get priority bookings before reservations open up to the general public, which seems only fair.

So, what’s on the menu at Roji? Think: seasonal British produce with a focus on sushi, pickling and preserving, charcoal-grilled items and simmered dishes, all served on carefully selected crockery from small family producers in both Japan and the UK. In terms of provenance, you can expect seafood from Cornish fishers and vegetables from Nama Yasai farm in East Sussex, as well as foraged herbs and mushrooms.

There’ll be five dinners and four lunches per week, with dinners priced at around £150 a head (excluding drinks) with lower pricing for lunch. Drinks-wise, there’ll be a premium sake list, featuring difficult-to-source and limited-edition bottles.

Where is it? 56b South Molton Street, London W1K 5SH