Sustainable seafood restaurant Off The Hook heads to Wapping 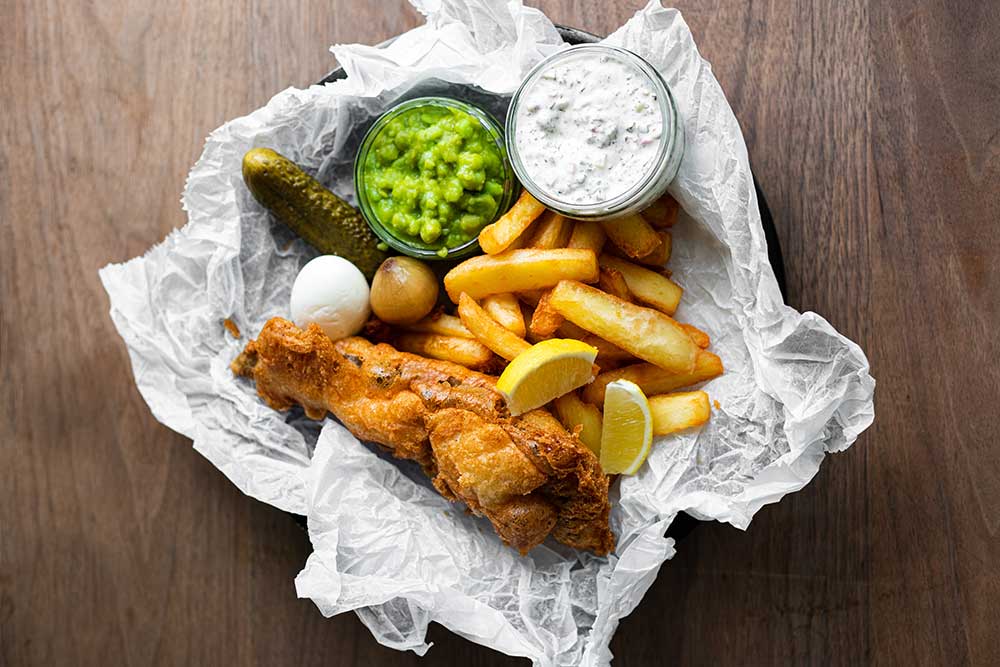 If you’re the kind of person who loves fish and chips but has concerns about eating sustainably, then fret no more. One of your mindful New Year’s Resolutions can involve heading to Wapping in East London, to check out new restaurant Off The Hook, where absolutely everything has been accounted for, right down to the time your chosen fish arrived in London.

Run by chef Neil Wagner in collaboration with Shaun Henderson (of sustainable fish-suppliers-to-top-restaurants-for-a-decade Henderson’s fame), Off The Hook is not just a seafood restaurant, but a fishmongers, and will also offer takeaway fish and chips, for those looking to wander Wapping’s streets for a bit of Rod Stewart spotting (he lives here, you know; we’ve seen him buying coffee not at all incognito in a leopard-print coat).

But back to the all-important traceability. Each fish that you order at Off the Hook practically has its own birth certificate. We’re talking time of catch on the Jurassic Coast, the name of the boat it was caught on, the method used to catch it, and the name of the fisher who reeled it in. The care for seafood sustainability is off the scale (sorry), with all information displayed on the menus as well as in the fish butchery.

Chef Neil has worked in restaurants around the globe, from Michelin-starred venues to private South East Asian islands, and met Shaun when he supplied one of his restaurants, Dokke, in nearby St Katharine Docks. The pair are now combining their talents to showcase the best of British seafood, dry-ageing fish in the fishmongers (where you can also purchase fish to enjoy at home), as well as making their own condiments and bread on-site.

Here's what you can expect from the restaurant’s opening menu in the new year:

The drinks offerings are also suitably sea-themed, with cocktails sourcing coastal ingredients, such as the Messy Martini made with Cornish Morveren absinthe, Pilgrim & Galaxy Hop Gin and Vermouth. Or there’s the Oyster Shot with Cornish Squid Ink Gin served from a Maldon rock oyster. If that all sounds a little dangerous, there’ll also be a choice of natural wines and beers.

If you’re after a takeaway from their modern interpretation of a classic ‘chippie’ at the rear of the venue, it will wrap everything up in sustainably sourced seaweed clear wrap, and include battered hake and chips, lobster roll and crab mac 'n' cheese.

We’ll add ‘eat better seafood’ to our virtuous January resolutions, which might be the one most easy to keep now. 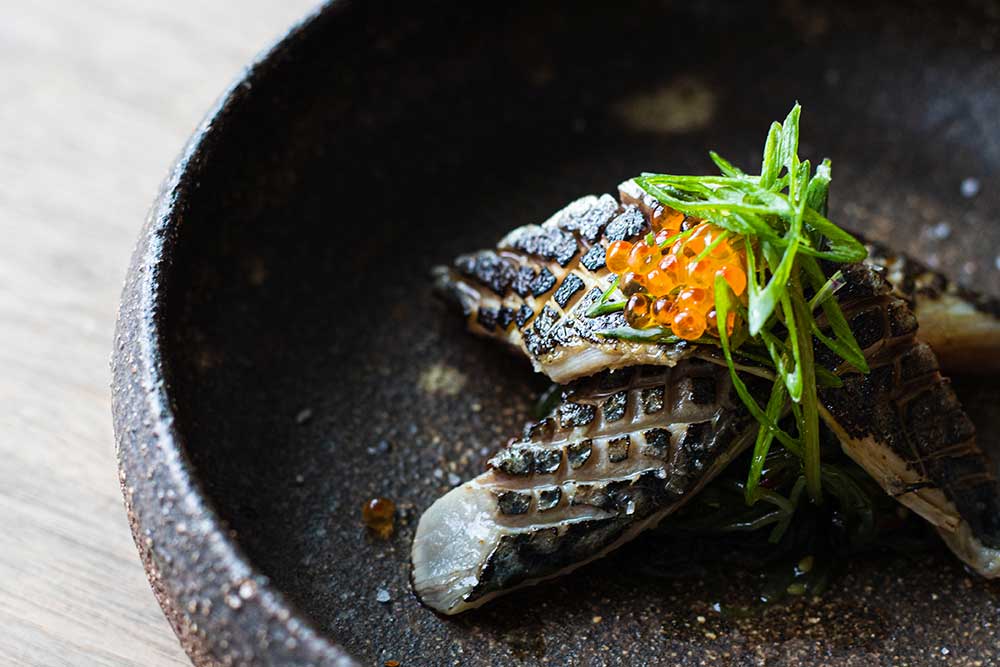 More about Off the Hook