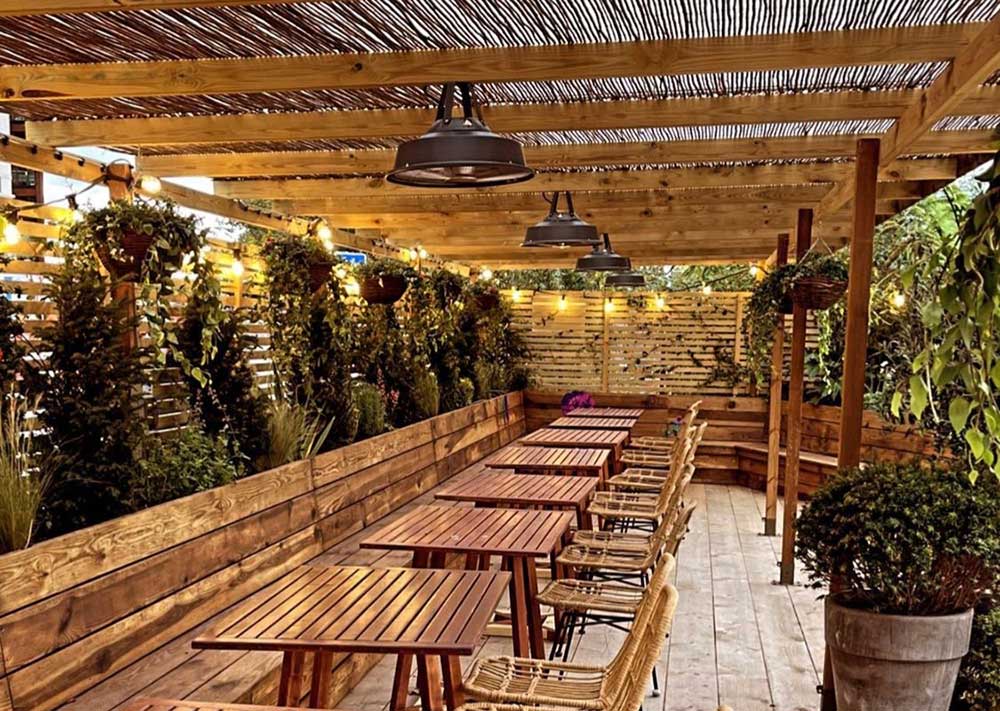 The building in its former Chapel Down guise

Next up from the Barworks, the people behind Mare Street Market is Gas Station, taking over a prominent corner of King's Cross.

It's been a petrol station, popular restaurant Shrimpy's, a marketing suite and most recently Chapel Down's London distillery and restaurant. In its new Gas Station guise, they're promising it will be "drink-led" but with good food alongside (very much the same approach as Mare St Market).

They're looking to use the space by the canal for a huge beer garden and "have probably created the biggest in King's Cross". As part of that, they've teamed up with East London Liquor Co & Kew Gardens (also behind a Kew Gardens Gin) and have planted plenty of plants and pollinators outside. Inside there will be a garden feel too - with a series of garden rooms, with lots of plants, jungle wallpaper and rattan garden furniture and they also have two balconies on the first floor.

On the food front, we can expect seafood platters, oysters, lobster rolls, burgers and more. We'll have more info on that soon.

This site has always been a great space by the canal in King's Cross - here's hoping this latest incarnation makes a success of it.

Where is it? Goods Way, Kings Cross, London N1C 4UR