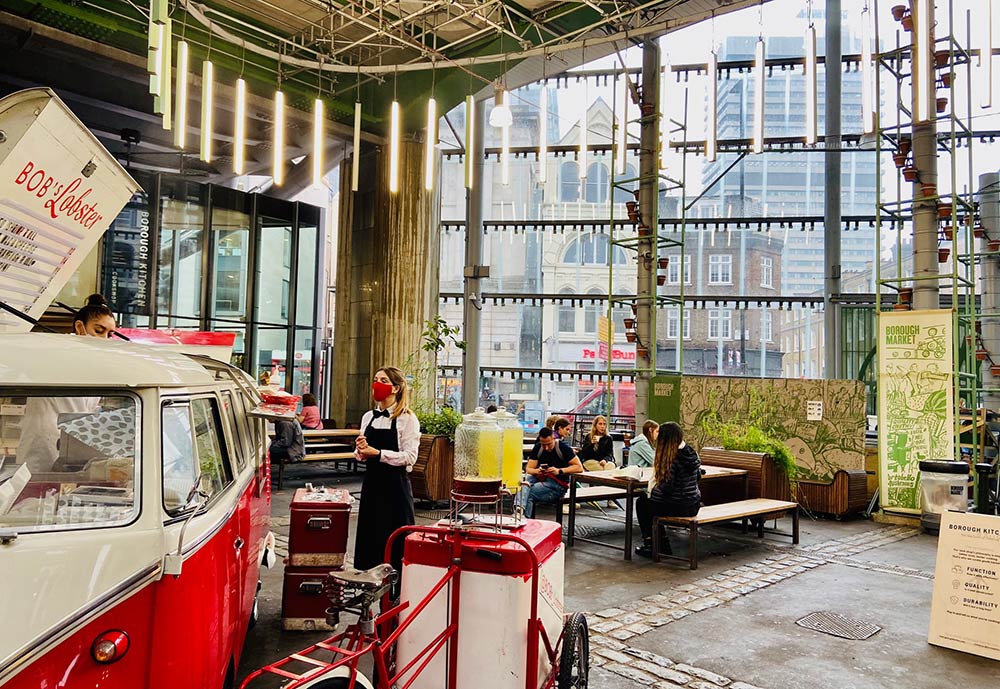 Bob's Lobster have been around the back of London Bridge station for a few years - but now they've teamed up with Bedales of Borough to launch the Little Lobster Bar.

Their 1957 Vintage VW split screen converted Campervan has been parked in Borough Market for a while now, but for the winter they've brought it under cover, added seating and created a bar that's all about seafood and Champagne. On the menu is:

To go alongside that will be Champagne from Laurent-Perrier, Prosecco, Aperol Spritzes, frozen margaritas and more. So if you find yourself needing a lobster and Champagne hit while shopping in the market, this place is now waiting for you.

More about The Little Lobster Bar

Where is it? Bedale Street, Borough Market London, SE1 9AL