Black Cow is a Middle-Eastern steakhouse in Camden 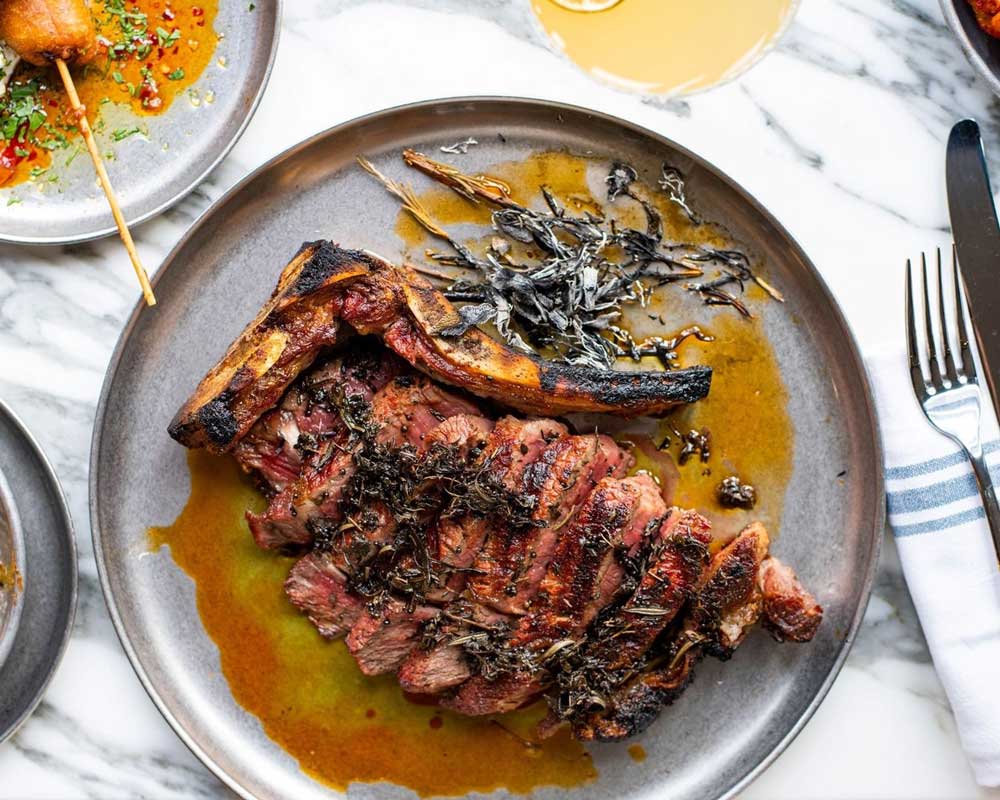 The big new Hawley Wharf development in Camden has brought with it a lot of new restaurants - including some brand new ventures. One of those is Black Cow, being billed as a "Middle Eastern steak house."

It comes from Shiri Kraus (previously Palomar and The Barbary) and Amir Batito (previously Machneyuda) and they say they want to mix an American steakhouse-style grill with Middle Eastern flavours, with the steaks sourced from HG Walter and starting at just £13.

Steaks include The Katan (6oz Onglet steak. £13), The Benoni, (10oz Denver cut at £15) and The Gadol (30oz Sirloin Steak on the Bone for 2 at £69) all dressed with Middle Eastern-inspired flavours and a burnt herb oil and flaming herbs. As for sides, they include Nomnoms (whitebait with chilli, oregano, and cured lemon), Shrimpim (prawn cocktail with tzatziki and pickled onions) and harissa coated Home Fries.

On top of that, they'll have a takeaway steak - the Casbah, with pulled steak, melted cheese, a soft egg, and brik pastry - if you just want to grab something to eat down by the canal.

A possible Flat Iron competitor? We'll have to see.