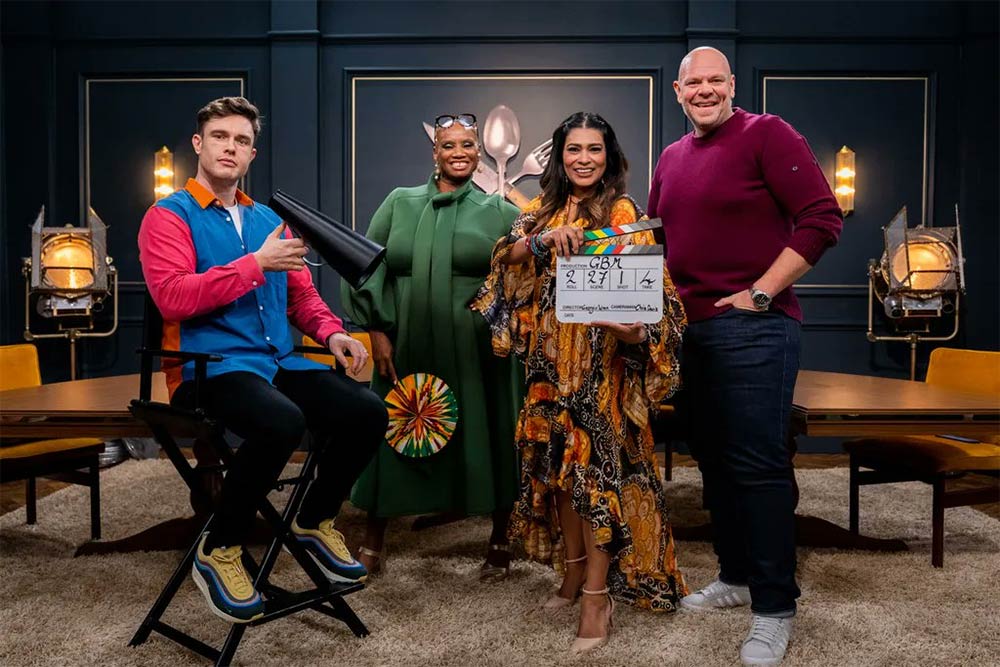 In big news for the legions of Great British Menu fans, the BBC revealed that the series is returning... with an all-new judging panel.

Probably the best-known name on the new judge's team is chef (and previous GBM winner) Tom Kerridge. He's joined by restaurateur and TV presenter Nisha Katona (whose Mowgli restaurant opened in London last year). And the final member of the team is comic Ed Gamble whose Off Menu podcast with fellow comedian James Acaster has had everyone from director Ed Wright to Dan Aykroyd on to talk about their dream restaurant meals.

"Very excited about all this," said Ed on Twitter, "Pass the fork and pardon my burps."

Andi Oliver is back as host and this year, the dishes will be paying homage to comedies, entertainment shows and moments in history. That's all for a banquet at Alexandra Palace that'll see top television and radio celebs sit down for dinner.

We'll have more info about the chefs taking part soon.