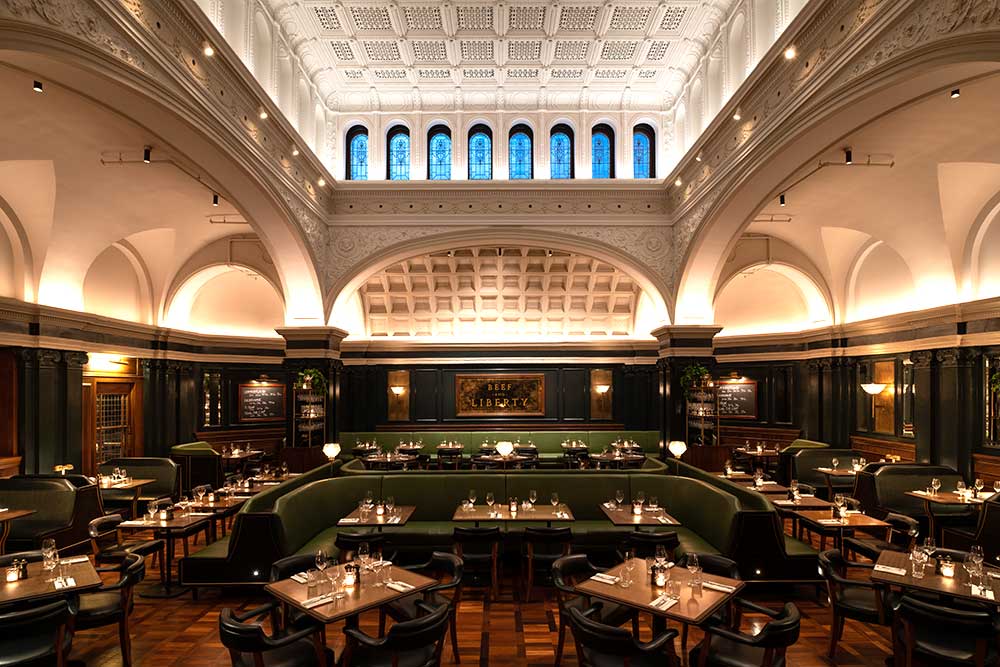 We're getting quite used to American steakhouses making their way to the UK but we've always known that we've had a very select few London places which are as good, and even better, than their American cousins. And now the tables are turning as the people who changed the London steak scene, Hawksmoor, have arrived in the States.

They've been planning this journey for a few years now, and the original plans to open at the new World Trade Centre changed. Instead, they're now opening their 180-seater restaurant (with another 50 in the bar) between Madison Square Park and Gramercy Park in a huge old assembly hall. To be honest, it's a much better fit for them.

Here's what Hawksmoor's Huw Gott says about it:

We have found what we believe is the perfect Hawksmoor restaurant space in New York: a beautiful National Historic Landmark built as The United Charities Building in 1893 with an incredible 10m-ceilinged assembly hall that will be the main room of our restaurant.

They'll be dealing with US beef this time around with T-bone, bone-in rib, Porterhouse, rib-eye, Chateaubriand and more all making the cut - along with the traditional Hawksmoor sauces,.

A look at the menu shows that some old favourites are available, including the roasted bone marrow with onions, potted beef and bacon and the Old Spot pork belly. Elsewhere, things have been given a local twist including steelhead crudo with chilli and ginger, Bangs Island Mussels and an "Upstate Caesar". There's also a Maine lobster and a veal chop with fried oysters. 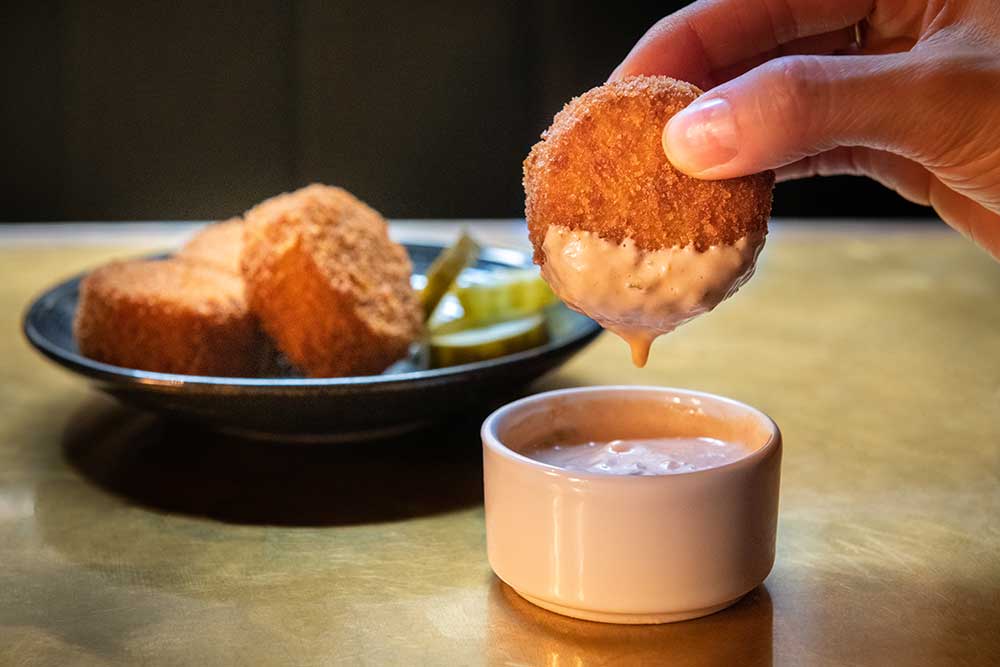 From the bar menu - reuben nuggets with Russian dressing

For sides, the beef-dripping fries make an appearance along with fried brussell sprouts, creamed spinach, mash & gravy and more. Camembert/Tunworth cheese isn't available in the states, so you're going to have to make without their Tunworth mash, alas.

The sticky toffee pudding is on hand, of course, as well as a maple custard tart and the Meyer lemon merengue bomb with lemon-ripple ice cream. Americans will also get to know the delight of the Hawksmoor "Tributes" too.

And it should also mean there's finally a decent place for a good Sunday roast in New York at some point after opening (ex-pats should be ecstatic). Running the show in the kitchen is Executive Chef Matt Bernero, formerly Head Chef of Minetta Tavern. 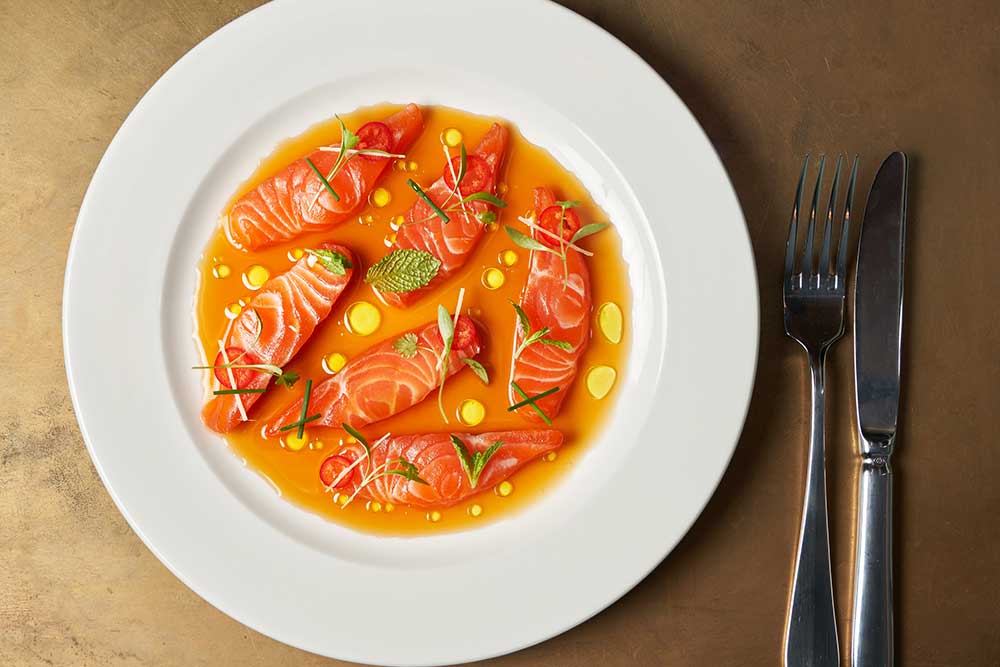 As for drinks, some Hawksmoor favourites will be crossing the Atlantic, including the wonderful Full Fat Old Fashioned and Shaky Pete’s Ginger Brew. There are new cocktails too, including an Apple Martini made with Porchester’s Neversink Apple Eau-de-vie. There's also a nod to Sex and the City's favourite tipple with a take on the Cosmopolitan featuring Beefeater 24, Triple Sec, Crème de Framboise and Lillet Blanc.

So, if you're actually managing to make a trip to NYC this year - we think this place will be well worth checking out. 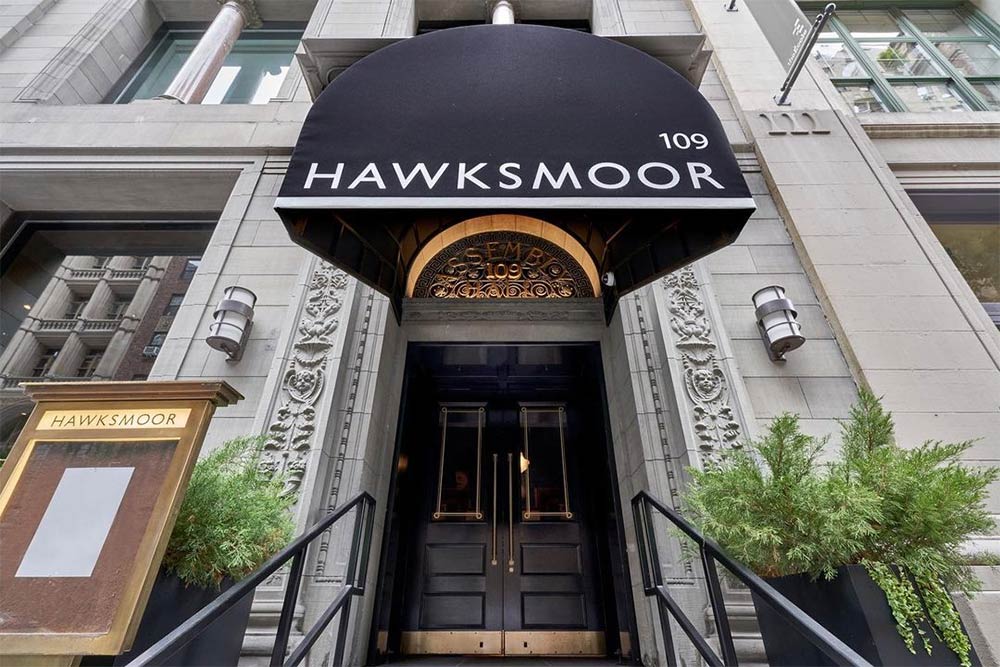