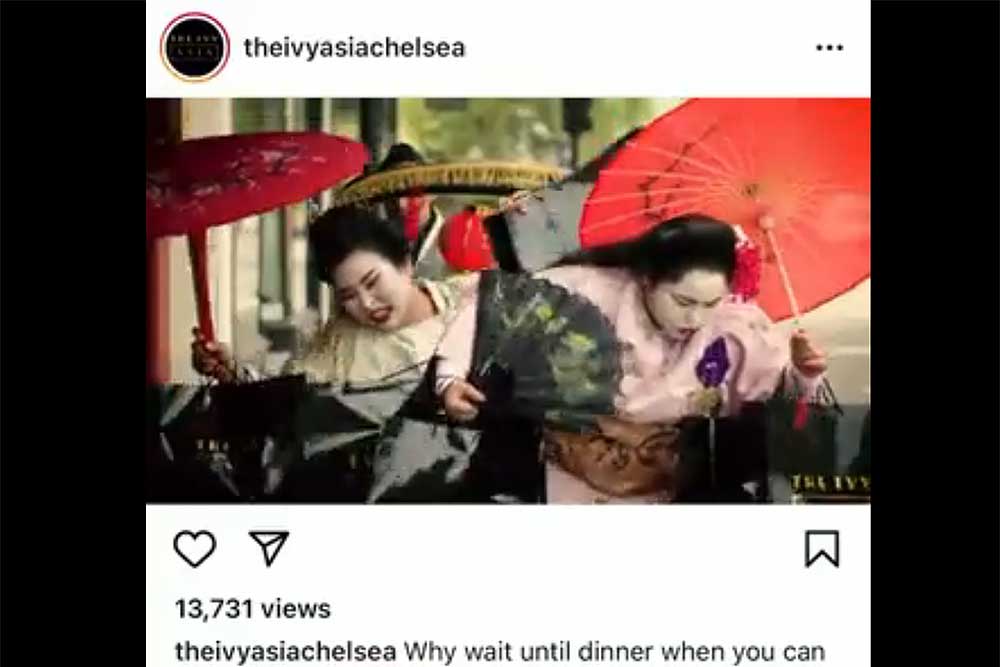 Tone-deaf, culturally inappropriate and plain insulting - those are just some of reactions to a piece of promotion put out over the weekend by Richard Caring's new Ivy Asia Chelsea restaurant.

The video, which has since been taken down, was viewed thousands of times on Instagram. You can still see the original on cookbook author Mimi Aye's Twitter feed, and once you do you'll be asking the question who on earth signed it off?

If you don't want to put your eyeballs through such torture, the video shows two Japanese women in geisha costume going through what can only be described as Benny Hill style antics in their efforts to get to the Ivy Asia Chelsea. "It’s the grotesque racist stereotyping of an entire set of cultures being used to sell that food," said restaurant critic Jay Rayner.

The restaurant has since put up a post on Instagram apologising for the video "It was wrong, it was done naively and it was totally inappropriate and culturally insensitive."