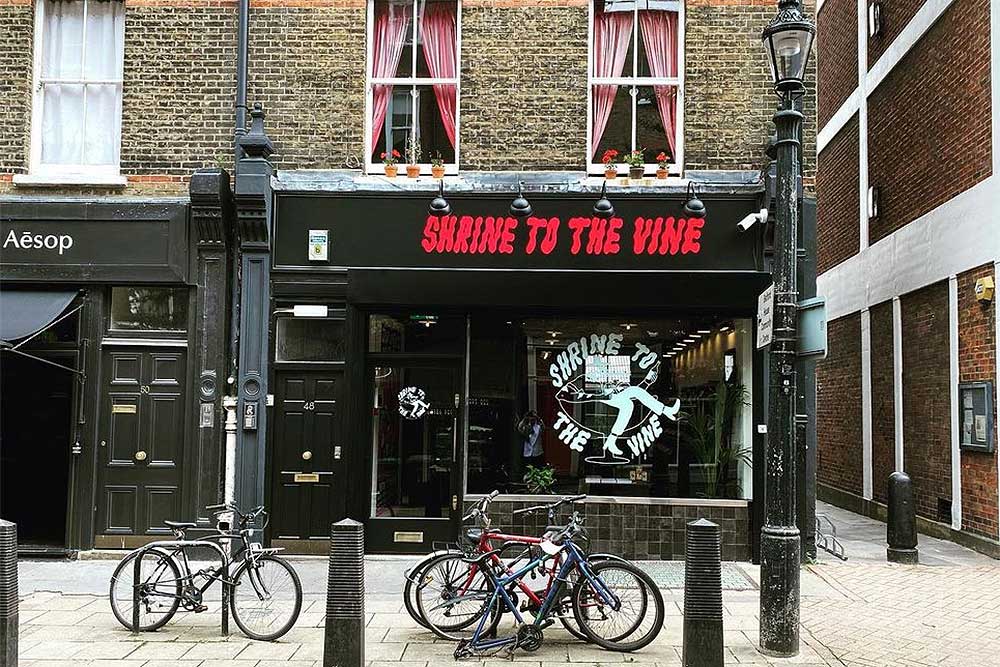 The unveiling of Noble Rot's new Soho restaurant was one of the big openings of last year. Now, co-founder Dan Keeling has a shiny new venture to show Londoners - his first wine shop.

Keeling, along with business partner Mark Andrew, also runs the wine company Keeling Andrew & Co. And it's that company which is behind Shrine to the Vine which opened its doors at the weekend. You'll find it just down the road from the original Noble Rot restaurant on Lamb's Conduit Street, where Bikefix used to be. And if the shop's logo and front graphics look familiar, that's because they're the work of graphic artist Jose Mendes whose work also adorns everyone's favourite bottle of Vinho Verde, Chin Chin.

Hot Dinners caught up with Dan to find out a bit more about the new shop and what to expect. Turns out it's a bit of a natural progression from his wine company, which does the wine programmes for restaurants like Brat, Ikoyi and the upcoming Sessions House in Clerkenwell. They work as kind of outsourced head sommeliers - to which end they've also brought in top sommelier Terry Kandylis who used to work at the Fat Duck and The Ledbury.

"The shop came about because we were in lockdown and sending out lots of Noble Rot boxes, but we just hadn't been set up to supply consumers, just restaurants and shops," Dan tells us. "The next step for us was to think how was can deliver a box of wine to someone's house. You have to be like Amazon in the terms of customer service and be really user-friendly. So we've been learning how to that, just like we learned to open a restaurant and start a magazine."

It seems particularly serendipitous that they found a space so close to Noble Rot itself... "It wasn't just because it was an empty space," Dan says. "We looked at other locations, but this is near our first restaurant and Lamb's Conduit is a lovely street. We could see that there could be good synergy between the two - and even in the last few days, people have been coming to the restaurant for lunch and then popping over the road to pick up a bottle of two afterwards."

Asked what kind of customers they're hoping to attract, he says "we're looking to entice the same people who subscribe to the magazine and come to the restaurant. So that could be an 80-year-old claret lover or 25-year-old hipster into natural wine. The common thing that binds them is an openmindedness to want to try new wines. It's about attitude not age."

To that end, you'll find all manner of wines on sale in Shrine to the Vine. "We have old clarets, mature Burgundies, 100-year-old Madeiras, but also young domaines, a lot of the better natural wines - clean and well made. It's a diverse audience we're looking to hit. Wine geeks but also those who want a good bottle of wine for a Friday night."

As for wine tastings, they do have plenty planned but not for the shop. They'll be held instead on the first floor of Noble Rot Soho. And if you want to be the first to find out what's going on - like the recent Soldera Sangiovese tasting - make sure to follow them on Instagram. 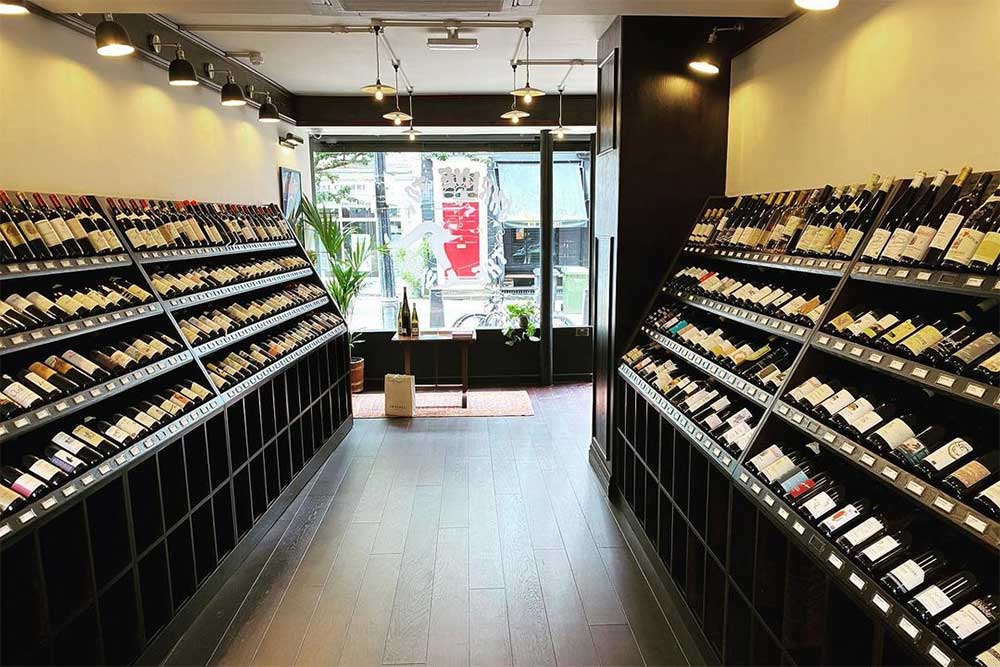 More about Shrine to the Vine

Where is it? 48 Lamb's Conduit Street, London WC1N 3LH