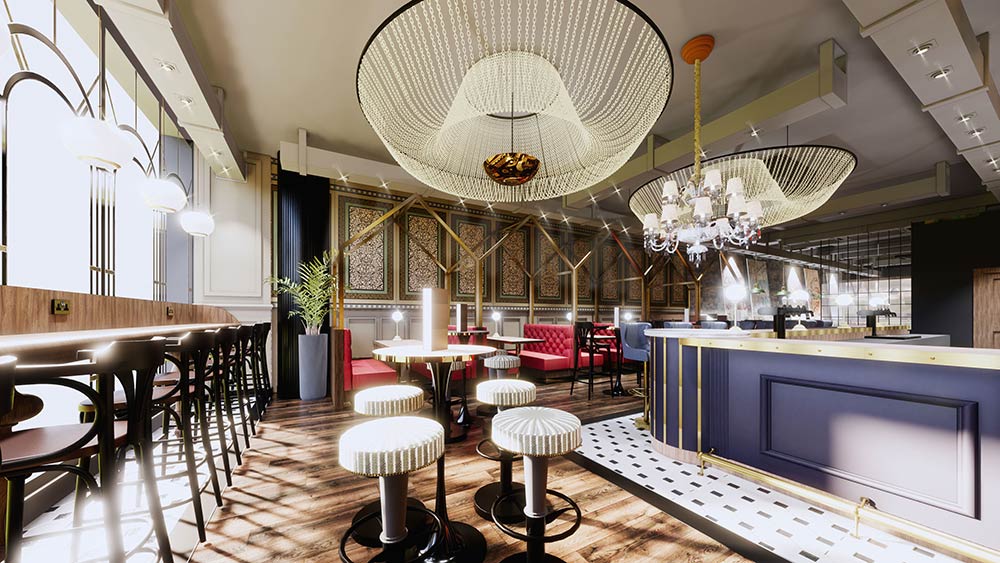 You might have heard about Monopoly Lifesized where, as you might have guessed, you get to play a huge immersive game of Monopoly. It's being launched at The Court, on Tottenham Court Road, and alongside the game is a new bar and restaurant - The Top Hat.

As with the main game, little immersive elements will make their way into the restaurant too. There will be a playing card version of Monopoly and they say you can  "‘Take a Chance' cards on selected serves" - so we assume there's a gaming element to the menu too.

The food will be British small plates, so there will be:

Looks-wise it'll have touches of the game throughout, with the colour also taken from certain Monopoly squares as well as reclaimed fabrics from the Piccadilly and Northern tube line. Overall, it sounds quite fun - just don't eat like we normally play Monopoly which usually ends with the board thrown up in the air...

More about The Top Hat