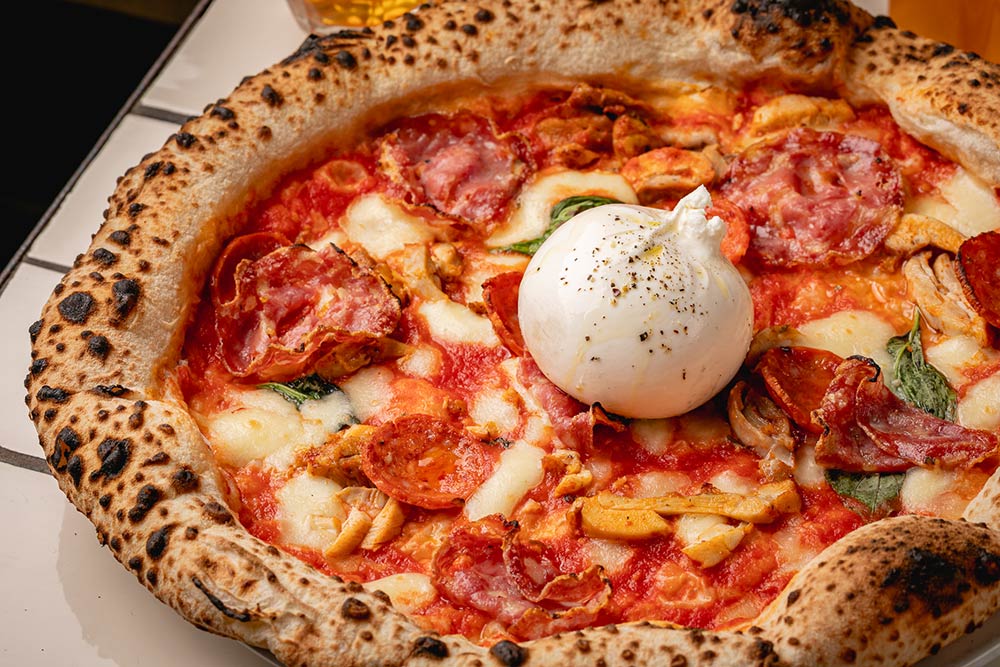 Sambrooks Brewery are getting ready to unveil their big new brewery taproom, Sambrooks Brewery Tap, in Wandsworth and they've brought in Crust Bros to be in charge of the food. This is the second location for Crust Bros, and they'll have to up their pizza-making rate as this is a pretty big taproom, able to seat up to 160 (including a large outdoor terrace).

The pizzas are made from 48 hour-proved dough topped with a range of UK and Italian ingredients, including San Marzano tomatoes, Neapolitan mozzarella and  Calabrian ‘nduja. They also recently won gold at the National Pizza Awards. The menu includes:

For drinks, there will be, obviously, beer - with special craft beer pairings for the pizza.

They've also linked up with Earthly - which means they're planting a tree for every pizza sold at the taproom.