Selfridges' alto rooftop restaurant gets a Dior makeover for summer 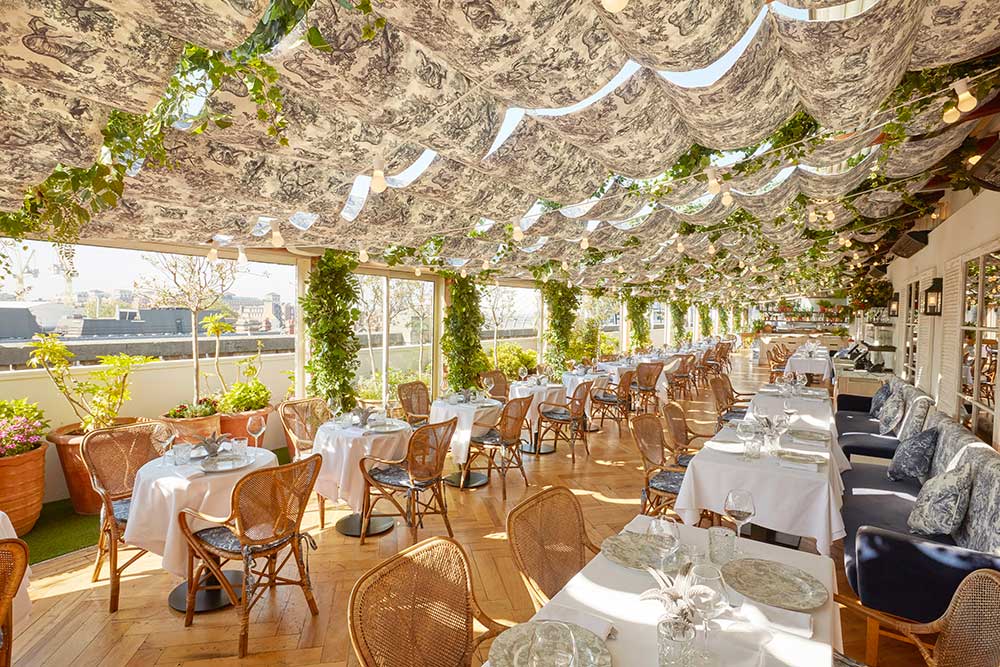 If the alto rooftop restaurant at Selfridges wasn't already enough of a draw in this summer months, its latest design iteration should make it practically impossible to get a table there anytime soon.

For the summer, it's been taken over by Dior and given a summery makeover by the fashion house. So the roof has been draped with Dior's toile de Jouy, with new summer seating, parasols and deckchairs.

That's not all - they've added dishes to the menu which have been picked especially by Dior - including a giant Seafood Platter for two and Tagliolini with Sicilian red prawn, butter & caviar. There are also new cocktails on offer too including a J’Adior Selfridges.

We'll see you in the well-heeled queue.

More about Dior at alto