What: Sucre and Abajo

Summing it all up: One of Latin America's top chefs is teaming up with one of the regions top mixologists for a London restaurant and cocktail bar opening that should be as huge as it sounds.

A veritable power team of Argentine talent is heading London's way this summer. Two of Buenos Aires' most respected hospitality folk are behind the opening of Sucre and Abajo in the heart of Soho.

It seems fair to say that chef Fernando Trocca is a big deal in Latin America. When he opened Sucre in BA back in 2001 it was an immediate hit and has been on the Latin American’s 50 Best Restaurants list repeatedly. His cooking marries international influences with traditional open fire techniques - so you can see how it will play well with a London crowd. "I have a long personal history with London," says Fernando, "with many friends here, and have always loved the city. For me, when it comes to food, London is the global city, and it’s always been a dream of mine to open a restaurant here”.

Dishes on the launch menu will include:

The space the restaurant will take over is pretty special. It's in the former concert hall of what used to be the London College of Music on Great Marlborough Street. The whole building's been redeveloped (we seriously covet the rooftop apartment with pool) and they've brought in Japanese architect Noriyoshi Muramatsu to design the restaurant. His bespoke chandeliers for the space certainly sound like they'll be gorgeous.

But that's not all. Trocca has also teamed up with his old friend - and original head bartender at Sucre - Tato Giovanonni, to open Abajo, a cocktail bar beneath Sucre. Tato - who now runs Floreria Atlantico, currently ranked number 7 in The World’s 50 Best Bars and the best bar in Latin America is hugely respected in the industry. He was named Bartenders’ Bartender by the World’s 50 Best Bars in 2020.

His bar menu at Abajo will focus on highballs - to give you a hint of what to expect, his Something Orange drink will feature Abasolo whisky, Nixta corn liqueur, sweetcorn, peanut and pumpkin chicha.

All told, it sounds like a hugely exciting opening for the London restaurant and bar scenes. 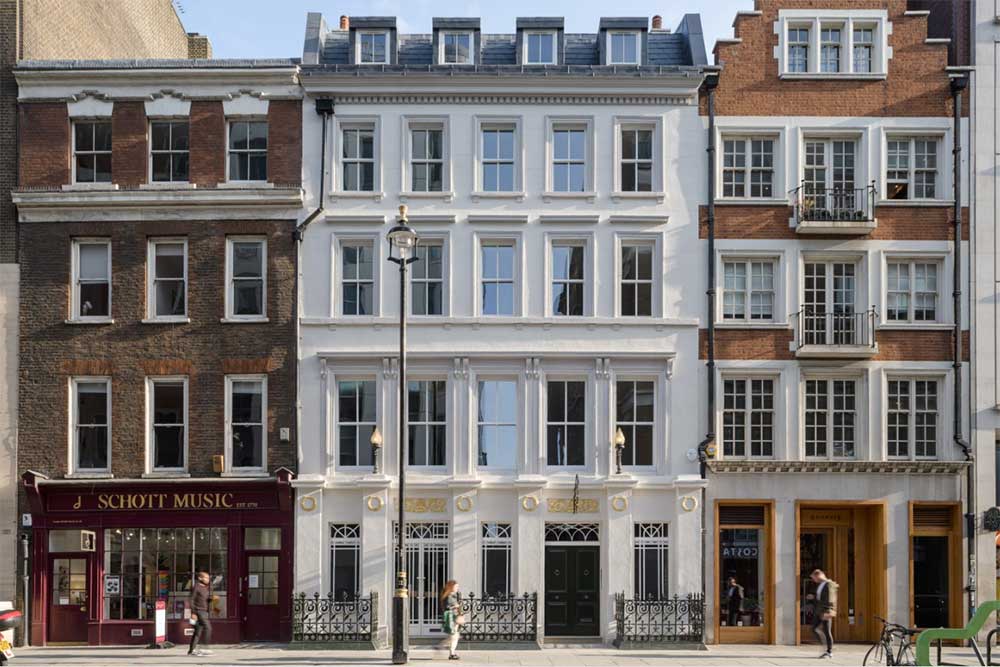 Where is it? 47 Great Marlborough Street, London W1F 7JP